It’s her day off and even though the restaurant is closed, Ashley Hebel is at work.

It’s her day off and even though the restaurant is closed, Ashley Hebel is at work.

She’s sitting in the empty dining room of the Frenchway Cafe and Bakery on a Monday morning while we talk on the phone. Every so often, her attention is pulled away by a far off voice asking questions about menu items and product deliveries. The questions keep coming because Hebel, 38, knows all the answers.

She’s been head chef of the eatery on Lilac Street for four years and has found equal parts freedom and belonging in the bounds of its small kitchen.

“Larissa (Webster) has been nothing but accommodating for me,” Hebel says of Frenchway’s owner. “I’m just creative, so I need a rubber band around myself, I need to be able to stretch but I also need somebody to be able to, like, pull that rubber band in a little bit, you know, and she’s been very helpful for that.”

It’s been a winding journey to get here.

Hebel grew up in the southeastern corner of Manitoba, a stone’s throw from the United States border (she was actually born at the nearest hospital in Minnesota and describes herself as an American by necessity, not by choice).

As a kid, she loved eating and standing next to the stove while her mom and grandmas whipped up soup and tourtière. Out of school, she took a job flipping eggs at Smitty’s and eventually made her way to the Cat Sass Tavern in Richer, where she discovered her passion for creative cooking — although the owner was more interested in boilerplate pizzas than her fancy Denver sandwiches.

Culinary school at Red River College confirmed what Hebel had already begun to suspect, “I realized (cooking) was literally what I was born to do.”

She worked at fishing lodges and banquet halls before landing a job at Mona Lisa Ristorante Italiano, where she spent three years as head chef. It was a demanding position in a high-pressure kitchen and Hebel eventually had to step away for her own mental health.

“Then I worked at a daycare because every now and then the kitchen will kill ya,” she says.

Cooking food for toddlers was an eye-opening and surprisingly rewarding experience.

“You get attached to these kids because they love your food, they’re so stoked to see you when you literally have a plate of bananas,” she says. “They’re not as demanding as really fancy, high-end rich people, but they’re almost the same; except these ones will thank you at the end and tell you you’re amazing.”

“You get attached to these kids because they love your food, they’re so stoked to see you when you literally have a plate of bananas. They’re not as demanding as really fancy, high-end rich people, but they’re almost the same; except these ones will thank you at the end and tell you you’re amazing.” – Chef Ashley Hebel

With her cup full, she re-entered the world of adult dining, working briefly at Marion Street Eatery before arriving at Frenchway.

Hebel’s passion for her job is palpable. After nearly 20 years in the industry, she’s still excited about the opportunity to feed people and come up with new daily specials. Her passion is also all-consuming.

“I eat, sleep, breathe the food and the restaurant,” says Hebel, who estimates 80 per cent of her recipe testing is done at home, often after having worked a 10-hour day. “I’ll go home and be like, ‘Oh man, that sandwich sold really well, I wonder if we should put it on the menu. Should I change some things about it?’”

Between work, keeping house and taking care of her cats, Pimento and Scheifele (Hebel is a big Winnipeg Jets fan), cooking for herself is pretty low priority. Pasta Aglio e Olio — essentially noodles with garlic and olive oil — is her go-to.

“I’m up at 4 a.m. everyday, so if I’m not in bed by 9:30 p.m. it’s a detrimental day for everyone involved, so I have to make something very quick,” she says. “As long as it takes the pasta to cook, you can do everything in-between.”

Hebel learned how to make the dish at Mona Lisa and, like most things, has added her own twist to the recipe with the addition of shrimp, red onion and banana peppers.

“I have a really, really bad time bastardizing authentic recipes… (but) I have to learn the tradition before I ever mess with it,” she says. “I think every dish should have a sweet, a salty, a vinegary bite; all five senses, you’ve got to hit ‘em all.”

While Hebel isn’t precious with recipes, she is adamant about good quality ingredients.

“Don’t use shaker parm,” she says, almost yelling. “Go to the fancy cheese section in your store and get a nob of parmesan cheese that you’ve gotta grate, that’s the important part, everything else you can MacGyver.”

Boil a pot of salted water and mince garlic.

When the oil is warm add the chili flakes and red onion. You don’t want a lot of colour on the garlic, just cook until fragrant. Take off heat and transfer into a large bowl. (You can also leave the garlic raw and toss it minced into the bowl and let it sit in olive oil.)

Add pasta to water and boil until al dente.

Chiffonade the basil and add to the bowl with the oil, garlic and chili flakes.

Heat the butter and the remaining clove of garlic and sauté the shrimp.

Add pasta to the bowl with a little bit of pasta water and stir together.

Plate, then top with shrimp and banana peppers.

Pandemic restrictions turn Morden and Winkler into a battleground 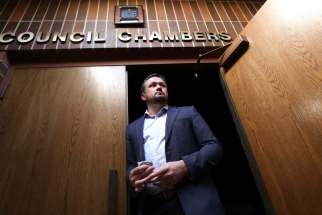 Manitoba must act now or suffer the consequences 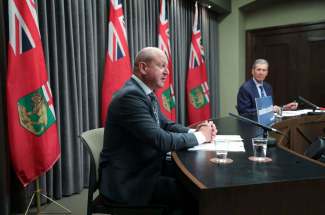 Frustrated teachers in the dark on vaccines 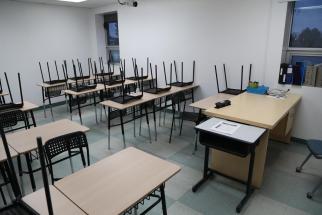 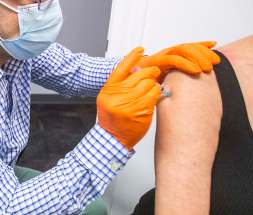 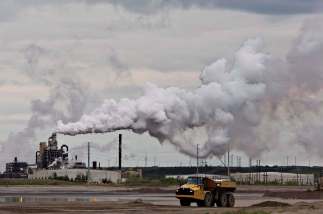 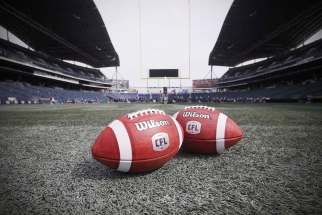 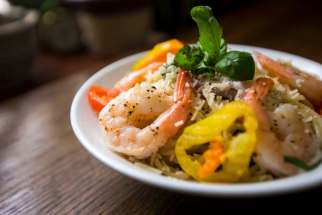 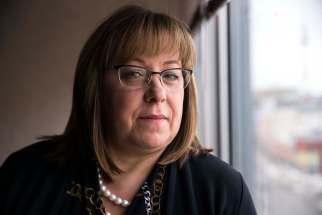