The chefs are back in town and they’ve started their own London-inspired catering company.

The chefs are back in town and they’ve started their own London-inspired catering company.

Michael Robins, co-founder of Sous Sol, and Keegan Misanchuk, former chef de cuisine at Segovia, recently returned home to Winnipeg after several years of cooking in high-profile English kitchens. Their new private catering and pop-up venture, called Two Hands, brings together everything they learned during their culinary exchange and is emblematic of their focus on handmade food done well.

“I was just thinking about cooking,” Robins, 36, says of the inspiration behind the name. “And whether it’s fine dining or anything else, it all starts with your hands… and that’s the thing I love about cooking the most.”

So far, the pair have hosted a handful — pardon the pun — of pop-up events at local breweries and restaurants featuring everything from East London-style bagel sandwiches to Thai barbecue. They’ve also been channelling the British savoury-pie tradition with a recurring event called Proper Pies.

“That’s the best thing about the food scene over there,” Robins says. “There’s not a culture that I can think of that’s not represented in a very awesome restaurant.”

Robins knew he liked cooking from a young age. He moved out west to snowboard and landed his first restaurant job making salads at the iconic Chateau Lake Louise resort, where he quickly rose through the ranks. He came back for culinary school and worked at Sydney’s at The Forks and the St. Charles Country Club before opening Sous Sol as head chef in 2015.

Misanchuk, 33, took a more circuitous route. He worked in chain restaurants while studying fine arts in university and took a job on an oil rig to pay down his student debts, although he realized pretty much immediately the energy sector wasn’t his calling.

“I think it was my first day on the rigs that I was like, ‘This is fine, but I’m gonna go to culinary school instead,’” he says. “I think (I missed) the creativity.”

Surprisingly, despite working in Osborne Village restaurants down the street from one another for years, Misanchuk and Robins didn’t know each other before moving to London.

Both travelled across the pond looking for adventure and new cooking experiences. Robins arrived first in late 2018 and Misanchuk followed several months later. As Winnipeggers often do, they managed to find each other in a city of nearly nine million people; in fact, there was just a 10-minute walk separating their respective East London flats. Dinners together, after-work pints and day trips with their girlfriends became regular occurrences.

Misanchuk got a job in the kitchen at Brat, a one-Michelin Star restaurant known for open-fire cooking and a Basque-inspired menu.

“Everything is cooked over live fire… it’s just very straightforward food, but really good quality produce and proteins,” he says, adding it’s a concept he hopes to bring to Two Hands. “I think it works well with what Winnipeg and Manitoba have, like amazing beef, pork and lamb. A piece of beef cooked over a wood fire is just the best way to eat it.”

Having worked as a head chef for years, Robins was excited to get back on the line and learn. Things didn’t quite work out that way at Pidgin, a small restaurant with an ever-changing modern British menu.

“Within a month they hired me on as head chef,” he says with a laugh. “And I stayed there right to the end.”

Both chefs relished the opportunity to work with fresh local ingredients year-round and meet people from around the world.

“Almost everybody is from somewhere else,” Misanchuk says. “So you have this kind of bond of, you’re not from here, it’s not your home city, and you become friends with these people in a heartbeat.”

As it did elsewhere, the pandemic turned London into an eerie ghost town overnight. The two chefs held out overseas for the better part of 2020, working their way through restaurant closures and takeout menus. For Robins, the decision to return to Winnipeg came from an unlikely source.

“Strangely enough, it was my fishmonger who convinced me to come home,” he says. “He was like, ‘Listen, family and these weird times are temporary… but London will always be here and it’s just gonna be better.’”

Back in the Prairies, and with few independent restaurants able to hire senior chefs during the pandemic, the friends came up with Two Hands. The pop-up concept allows them to get creative with Manitoba ingredients and stay flexibile — a major bonus when eat-in dining is at the whim of public health orders.

Restrictions willing, Robins and Misanchuk are planning more events this summer, including an out-of-town pop-up in Clear Lake. Follow Two Hands on Instagram (@twohandswpg) for details and event announcements. 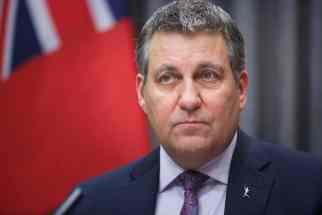 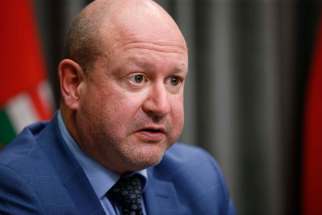 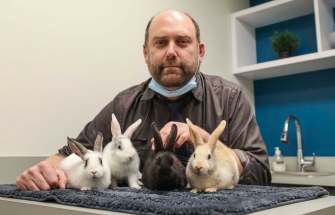 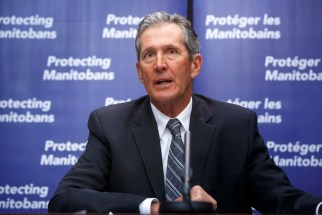 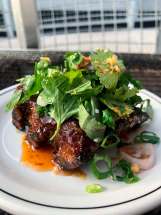 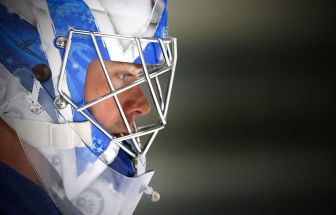 Opening of Bruce Oake Treatment Centre is 'not the finish line, it's the start 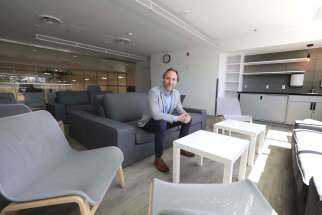 Canada should do its part to help India 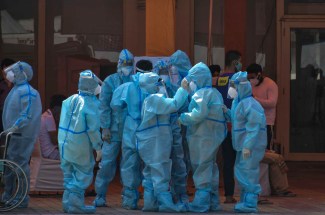