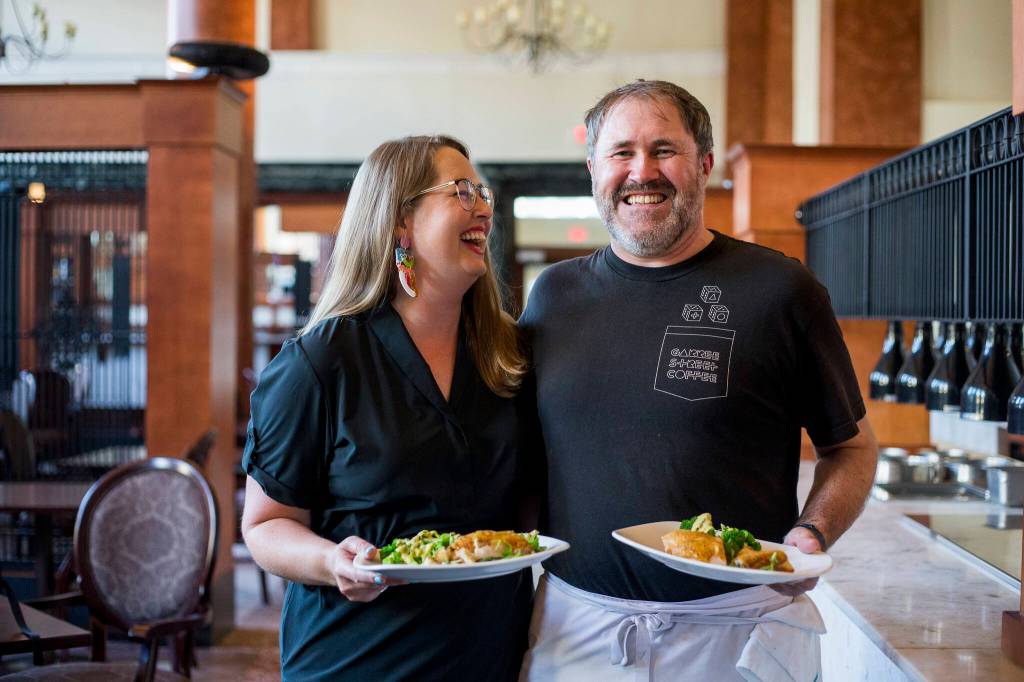 Kate Fenske can rewire a light fixture, build a deck and construct wooden stairs from scratch.

What she cannot do is cook.

And yet here she is, standing in a commercial kitchen, tearing up a baguette into bite-size pieces for a bread salad that will accompany today’s meal: roast chicken and broccoli with cheese sauce, Fenske’s go-to comfort food.

“I don’t cook, can’t cook and would rather fix things. He’s better at this and I’m better at that, and we play to our strengths,” she says as the “he” in question, partner Liam Martin, takes on the bulk of the work.

LOS ANGELES (AP) — Beyoncé sits alone atop the Grammy throne as the ceremony's most decorated artist in history, but at the end of Sunday's show it was Harry Styles who walked away with the album of the year honor.

The Grammys spread its top awards among other artists, leaving Beyoncé off stage at the end of the night. But the superstar was a constant presence throughout the night, even when she wasn't in the room, especially once she won her 32nd award and surpassed late conductor Georg Solti in all-time wins.

“I’m trying not to be too emotional,” the superstar said after her historic win as her husband Jay-Z stood and applauded her. The singer thanked her late uncle, her parents, Jay-Z and her children for supporting her. “I’m just trying to receive this night. I want to thank God for protecting me. Thank you, God.”

The Grammys stage at the end of the night has eluded Beyoncé since 2010, when she won song of the year for “Single Ladies.” She added four trophies to her collection for her album “Renaissance.”

This combination of photos shows top nominees for the Gramy Awards, from left, Adele, Beyonce and Harry Styles. (AP Photo)

— Record of the year: “About Damn Time,” Lizzo

— Song of the year (songwriter’s award): “Just Like That,” Bonnie Raitt. 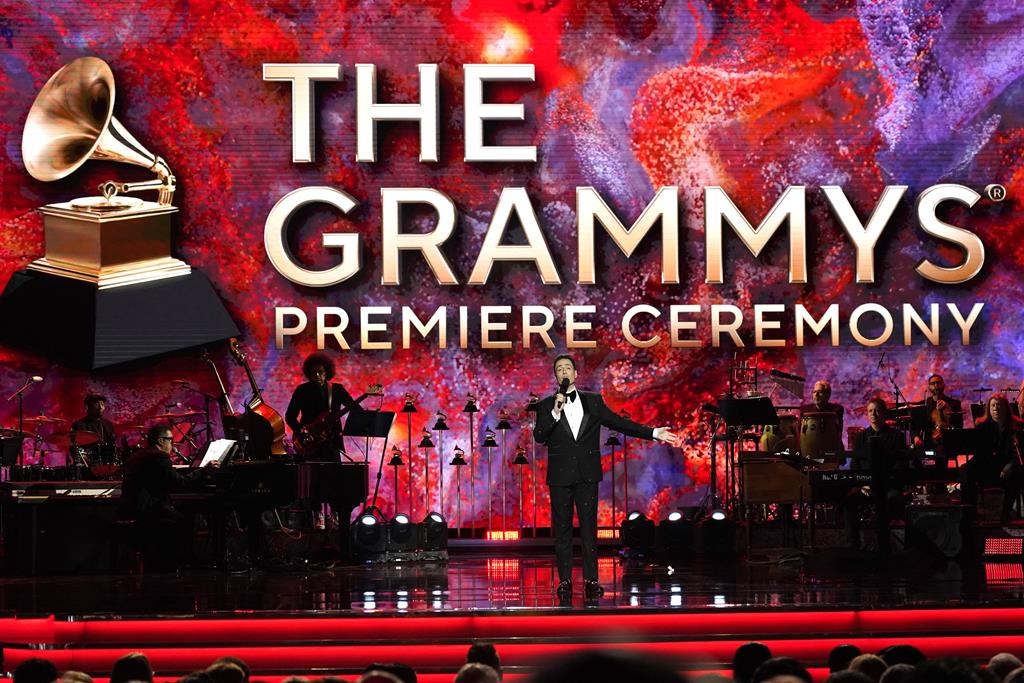 It’s sure to be a muddy, manic thrill ride when monster trucks hit the dirt downtown

It’s sure to be a muddy, manic thrill ride when monster trucks hit the dirt downtown

Dallas Glenn-Rogers might a bit of a killjoy behind the wheel of Spitfire, even if it is one of the coolest monster trucks around, a lava monster that shoots fires out of its nostrils. 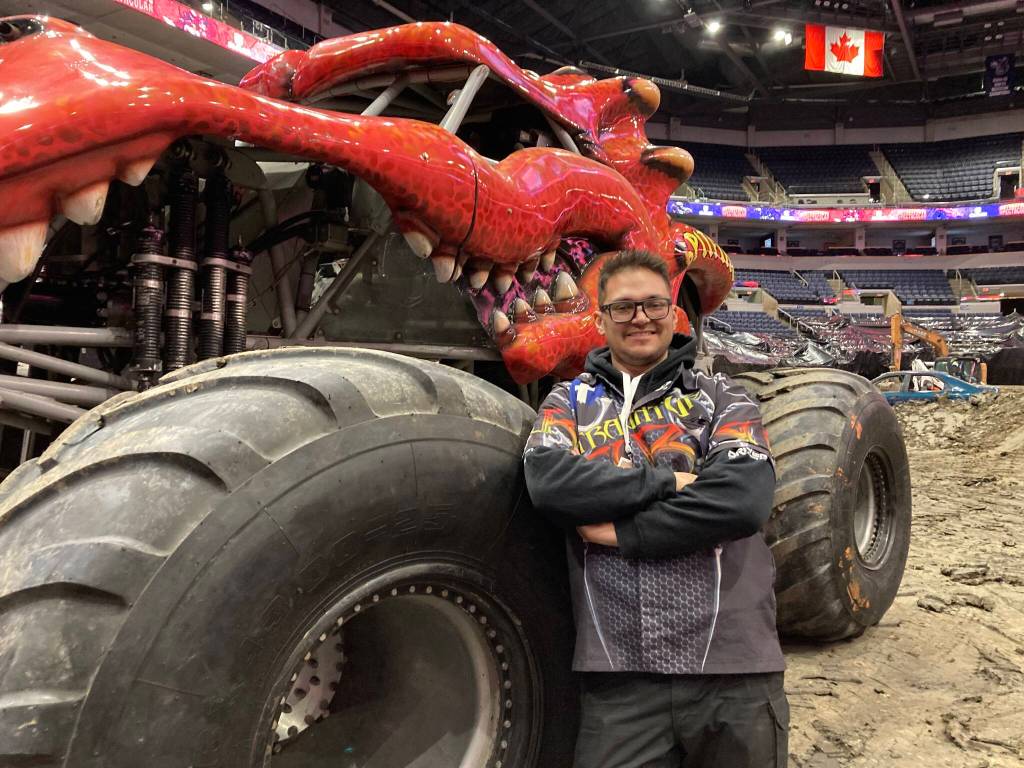 Celebrity birthdays for the week of Feb. 12-18

Celebrity birthdays for the week of Feb. 12-18

Celebrity birthdays for the week of Feb. 12-18: 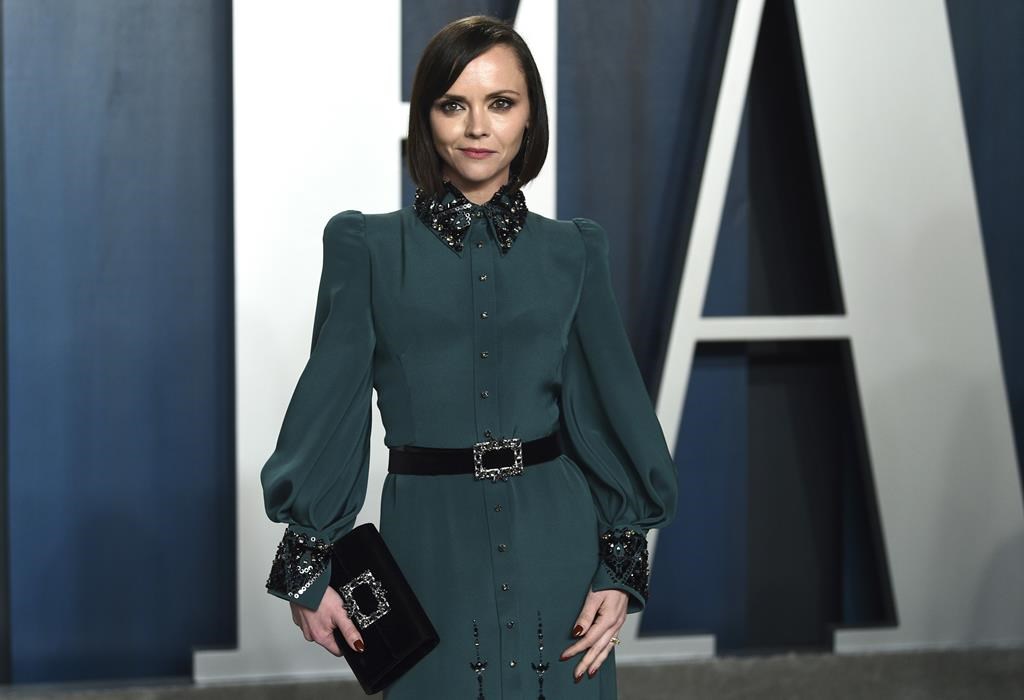 Makambe K. Simamba’s Our Fathers, Sons, Lovers and Little Brothers starts by making us wait. As the 2007 hip-hop track Crank That by Soulja Boy plays, evocative video projections by set designer Trevor Schwellnus spool out, white lines on black capturing a gated community at dark, moonlight or streetlight limning the outlines of trees and buildings, leaving the rest in shadow. 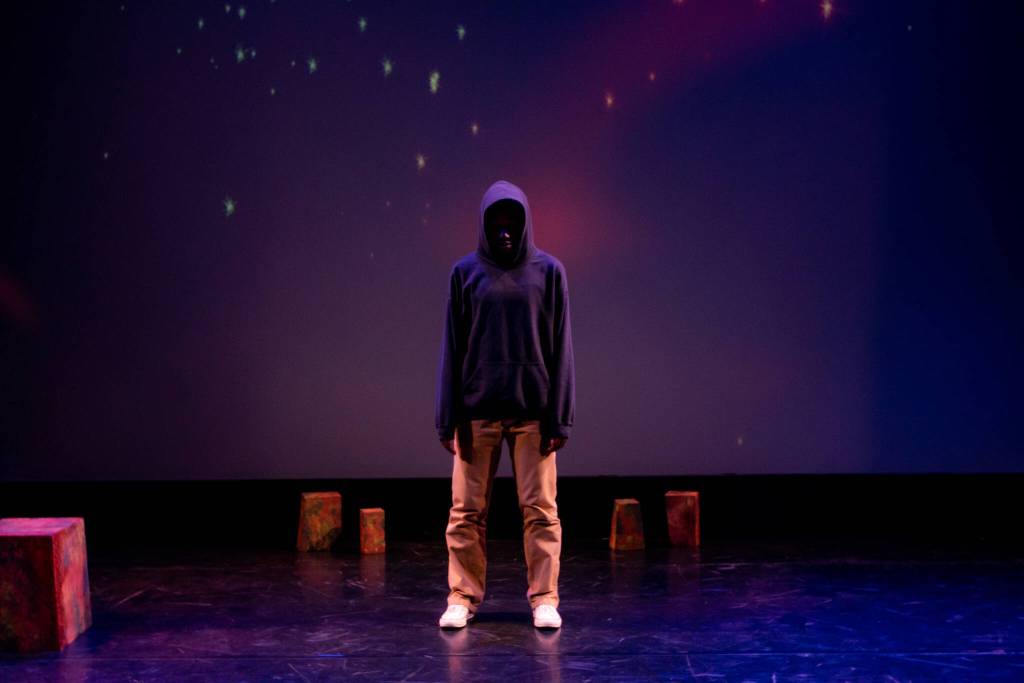 The National Enquirer, the scandal-plagued tabloid that engaged in “catch-and-kill” practices to bury stories about Donald Trump during his presidential campaign, has been sold.

VVIP is buying the National Examiner and another tabloid, the Globe, from magazine publisher a360 Media in an all-cash deal, though exact financial terms were not disclosed.

In December 2018 the parent company of publications including the National Enquirer, Us Weekly and In Touch admitted to engaging in a journalistically dubious practice known as “catch-and-kill” in order to help Donald Trump become president.

Federal prosecutors revealed at the time that they had agreed not to prosecute American Media Inc. for secretly assisting Trump’s campaign by paying $150,000 to Playboy model Karen McDougal for the rights to her story about an alleged affair with Trump. The company then intentionally suppressed McDougal’s story until after the election.

FILE - In this July 12, 2017 file photo, an issue of the National Enquirer featuring President Donald Trump on its cover is displayed on a newsstand in a store in New York. VVIP Ventures is buying the U.S. and U.K editions of the National Enquirer, the tabloid that engaged in “catch-and-kill” practices to bury stories about Donald Trump during his presidential campaign. Financial terms were not disclosed. (AP Photo/Mary Altaffer, File) 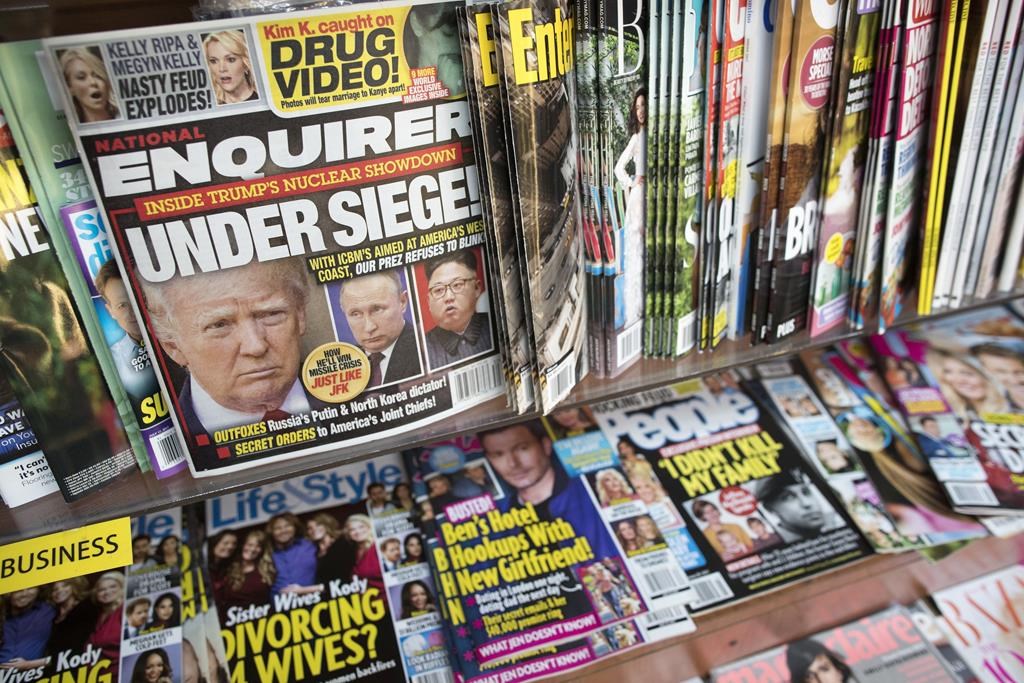 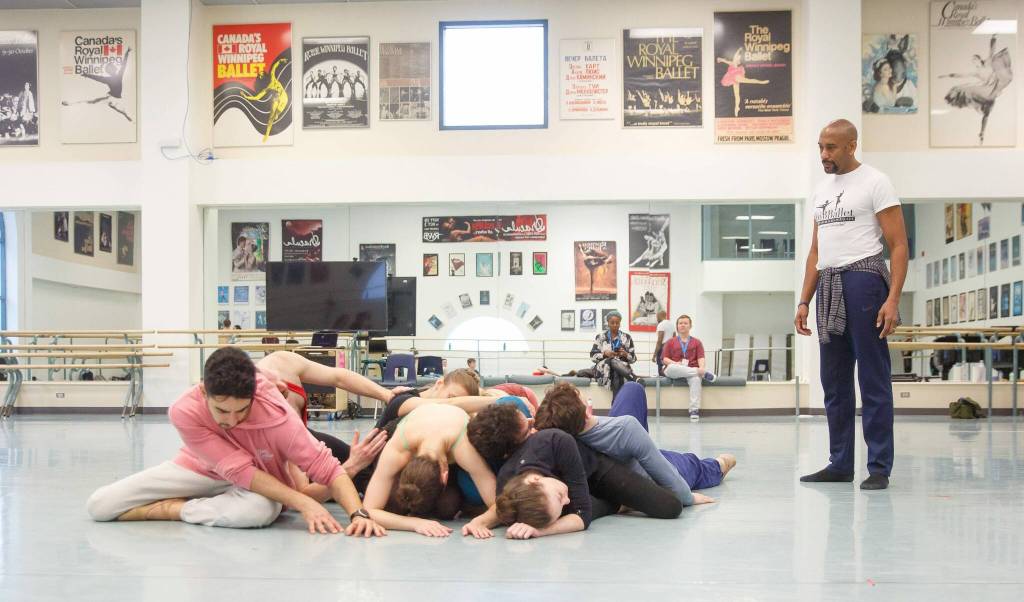 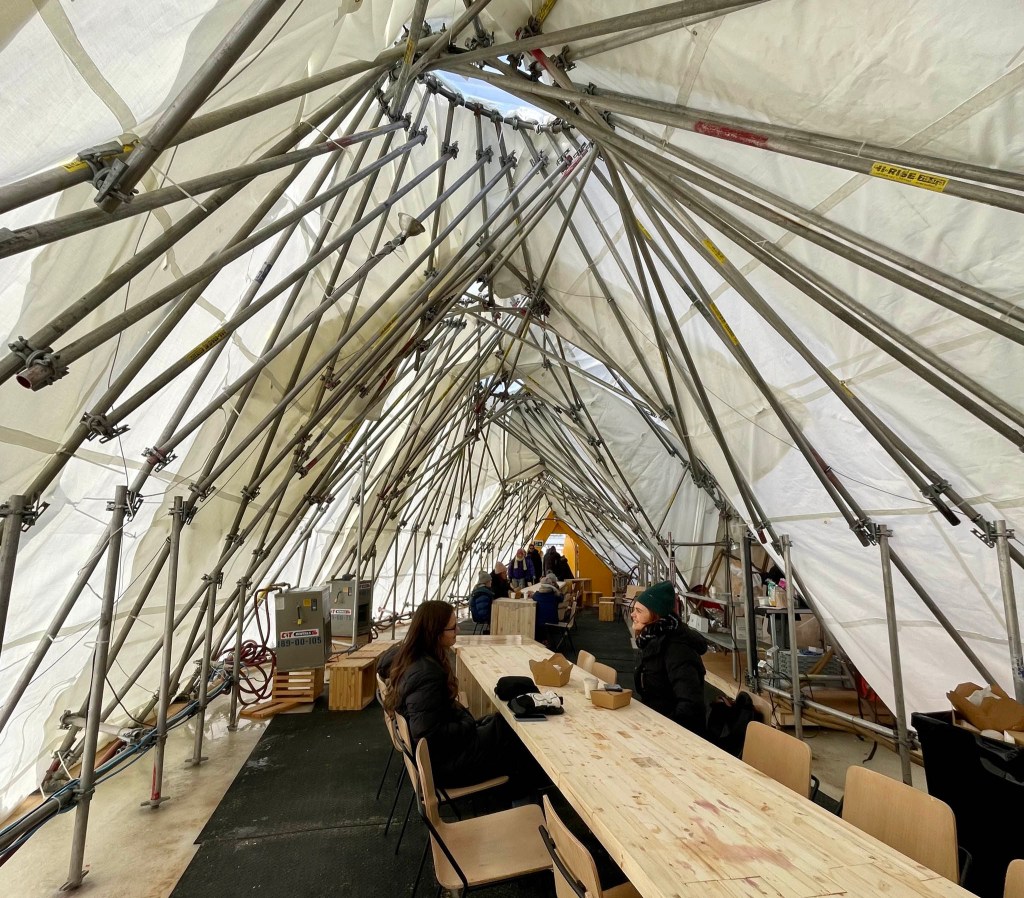 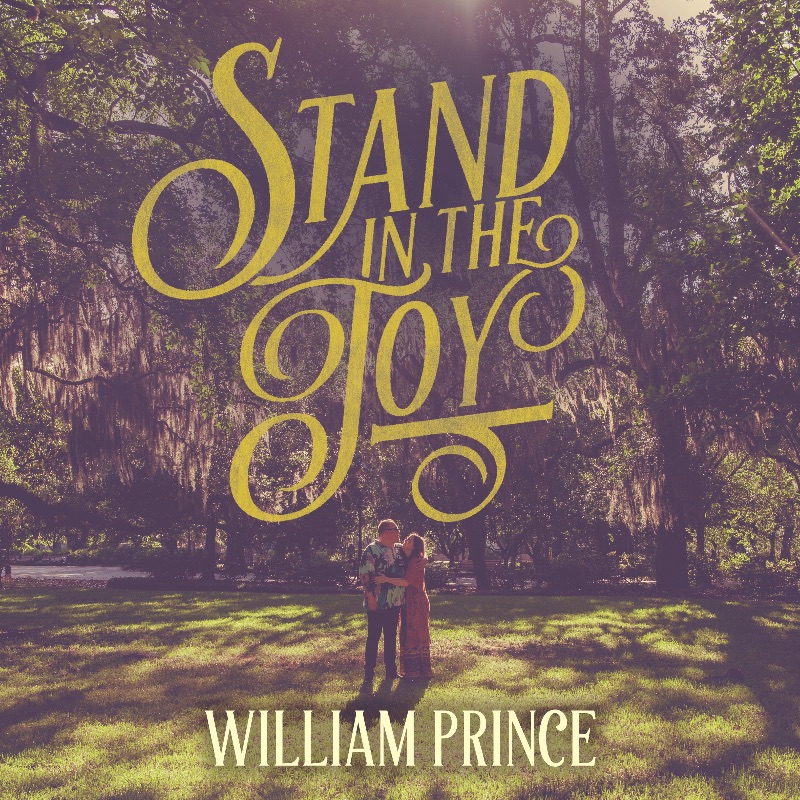 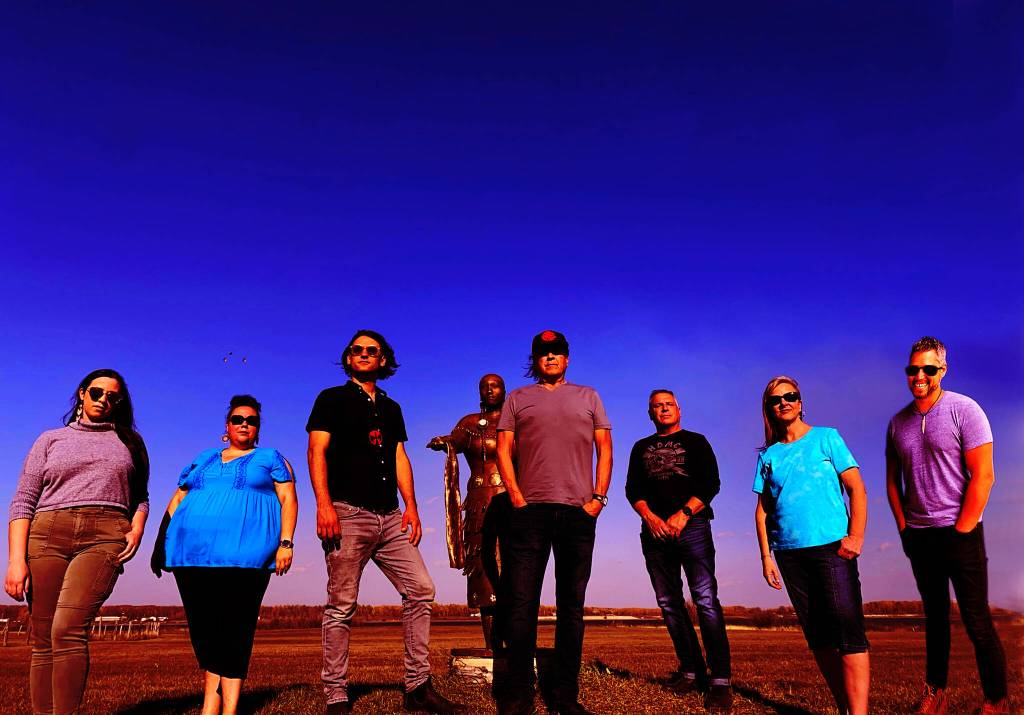 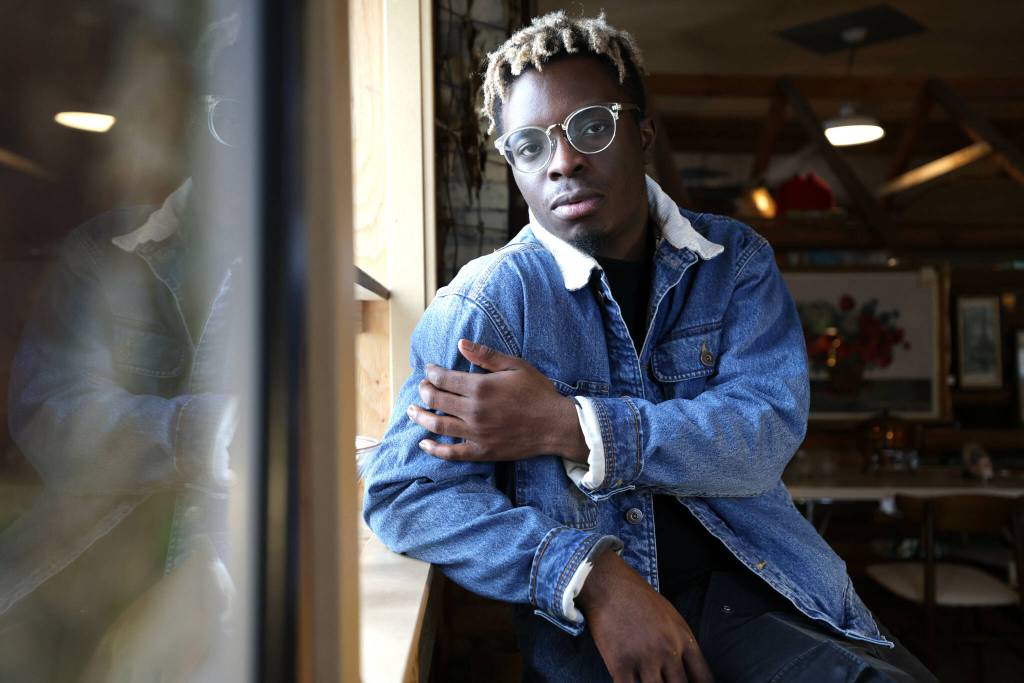 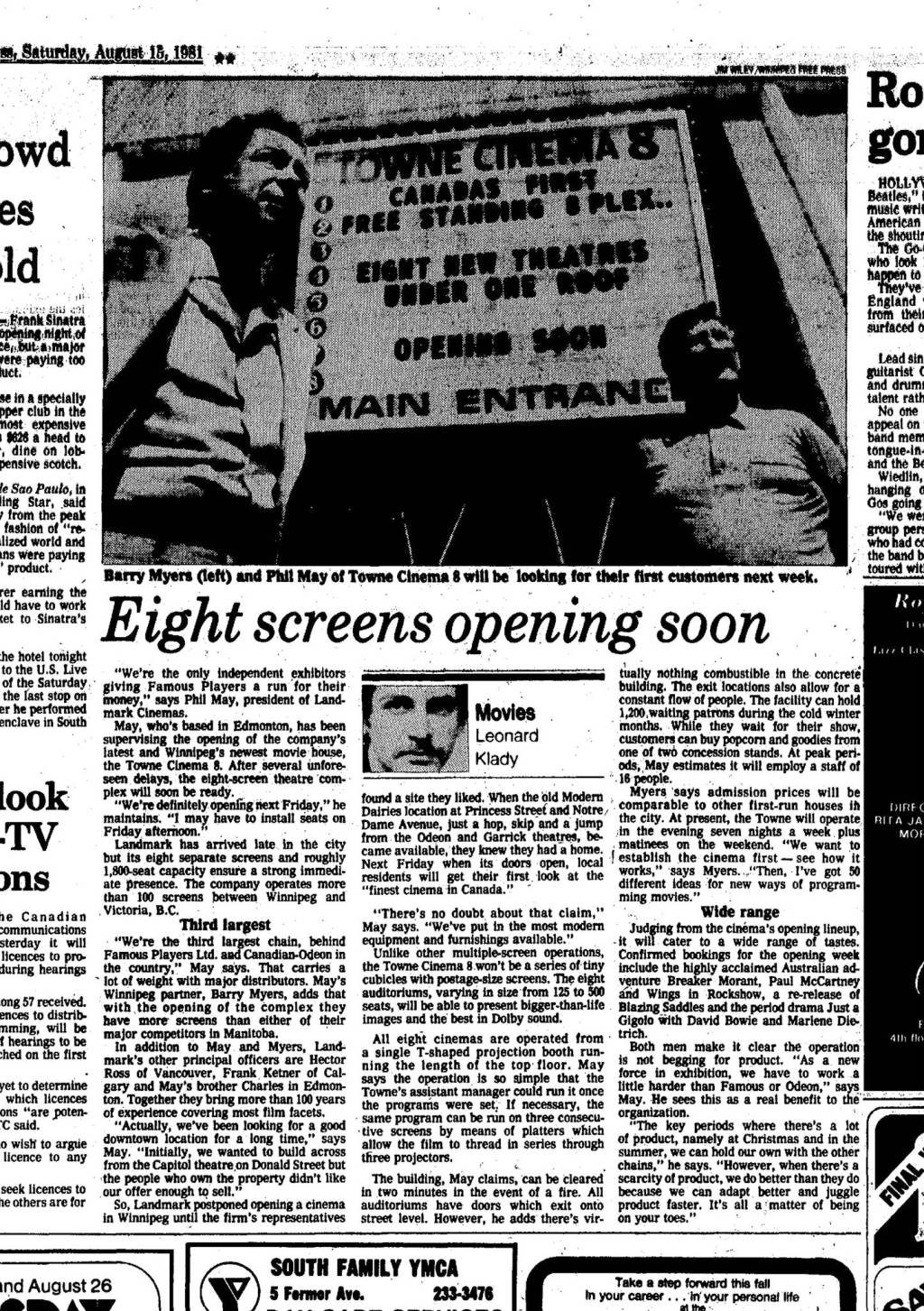 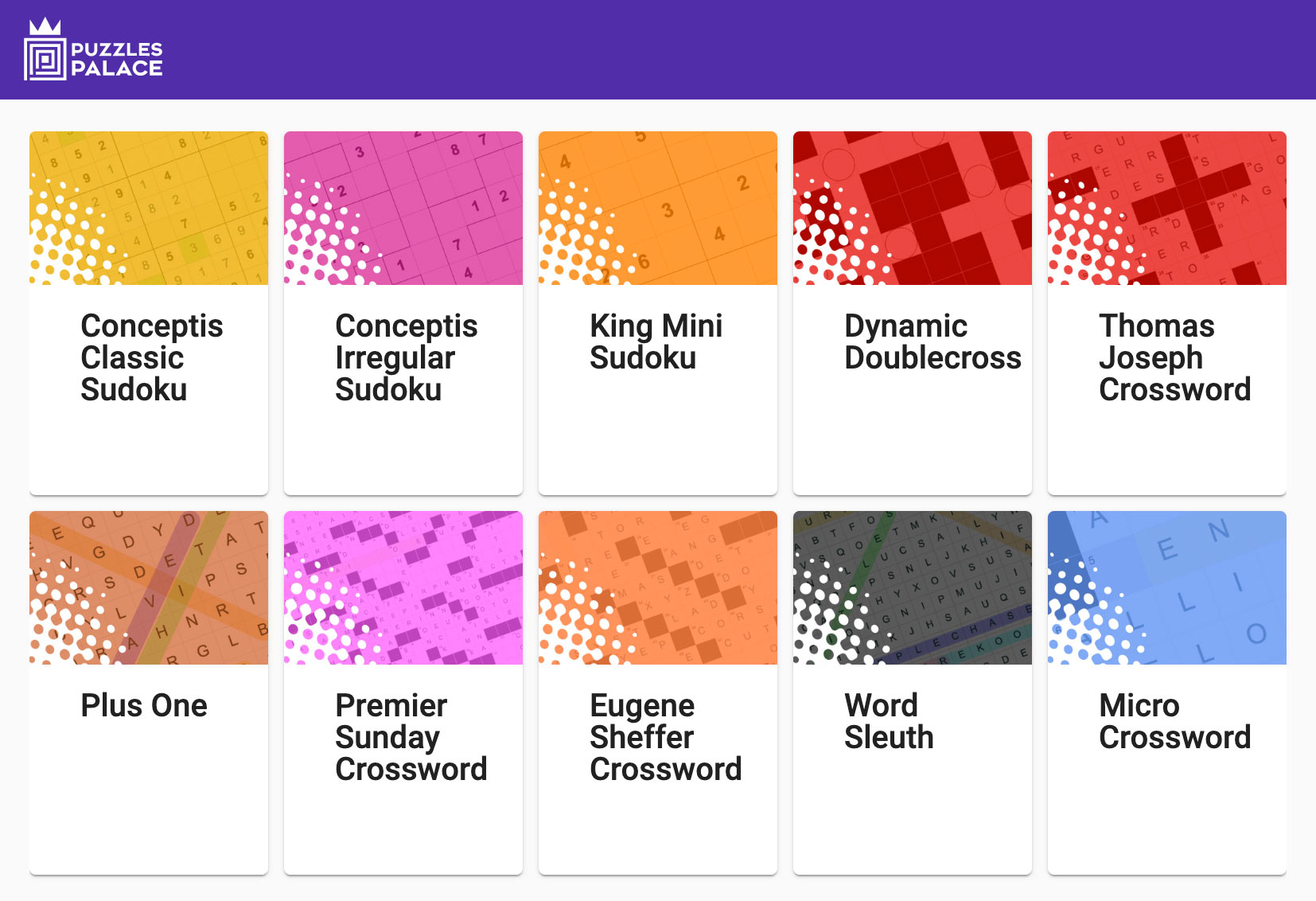 Challenge yourself in Puzzles Palace

Puzzles Palace is home to your favourite word games and brain teasers. Enjoy seven Sudokus, five crosswords (including the Thomas Joseph and Premier) as well as two new puzzles: Word Sleuth and Plus One.

For decades, Joan Scottie has spearheaded resistance to uranium mining in Canada’s North

For decades, Joan Scottie has spearheaded resistance to uranium mining in Canada’s North

A formidable problem mining in Canada’s Arctic has been facing is not below ground but above it — a resolute granny named Joan Scottie. 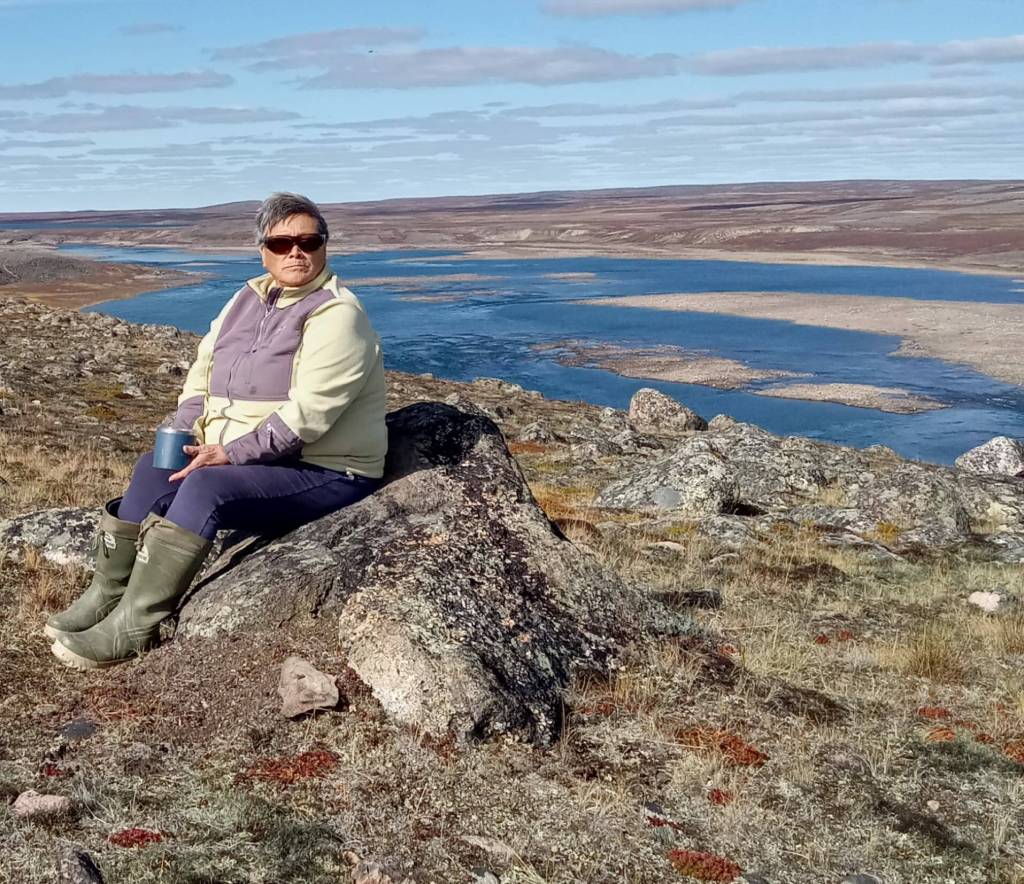 In fiction an “unreliable narrator” can't be trusted as he or she spins the story at hand. In real life the term “fabulist” is used by those seeking a softer word than “liar.”

Friends of the popular crime writer Mickey Spillane noted that Spillane could pile the tall tales pretty high when talking about his own life, a character trait they acknowledged with fondness.

The authors of the biography “Spillane: King of Pulp Fiction” wisely dug deep into available records, not an easy task, to tease out fact over fancy. And they didn't get too caught up in judging their subject for what's true and what's not — after all, Spillane was writing fiction for a living, not running for Congress. 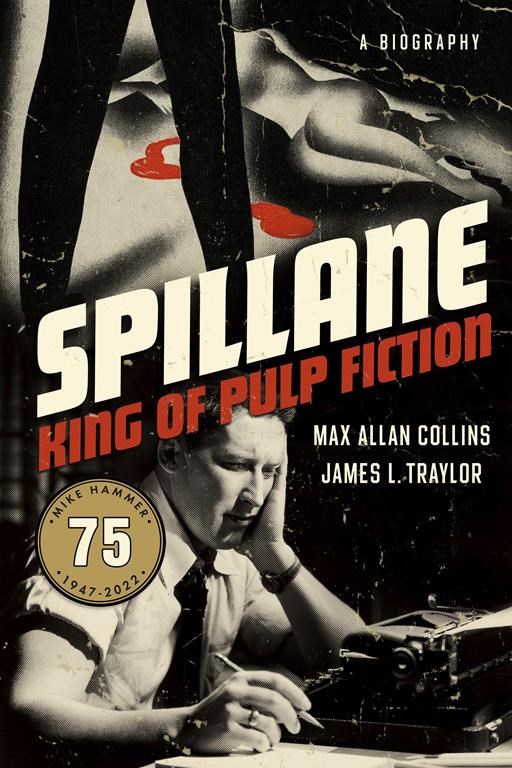 When landscape design professionals meet with their potential clients, they pay close attention to what their clients need and want. Demand by customers for pollinator-friendly plants that support nature and biodiversity has gone from niche to mainstream. Biodiversity-saving solutions and initiatives, though, go beyond plants that provide wildlife habitat. A growing number of landscape professionals are adopting ecological practices that are changing the face of landscape design. 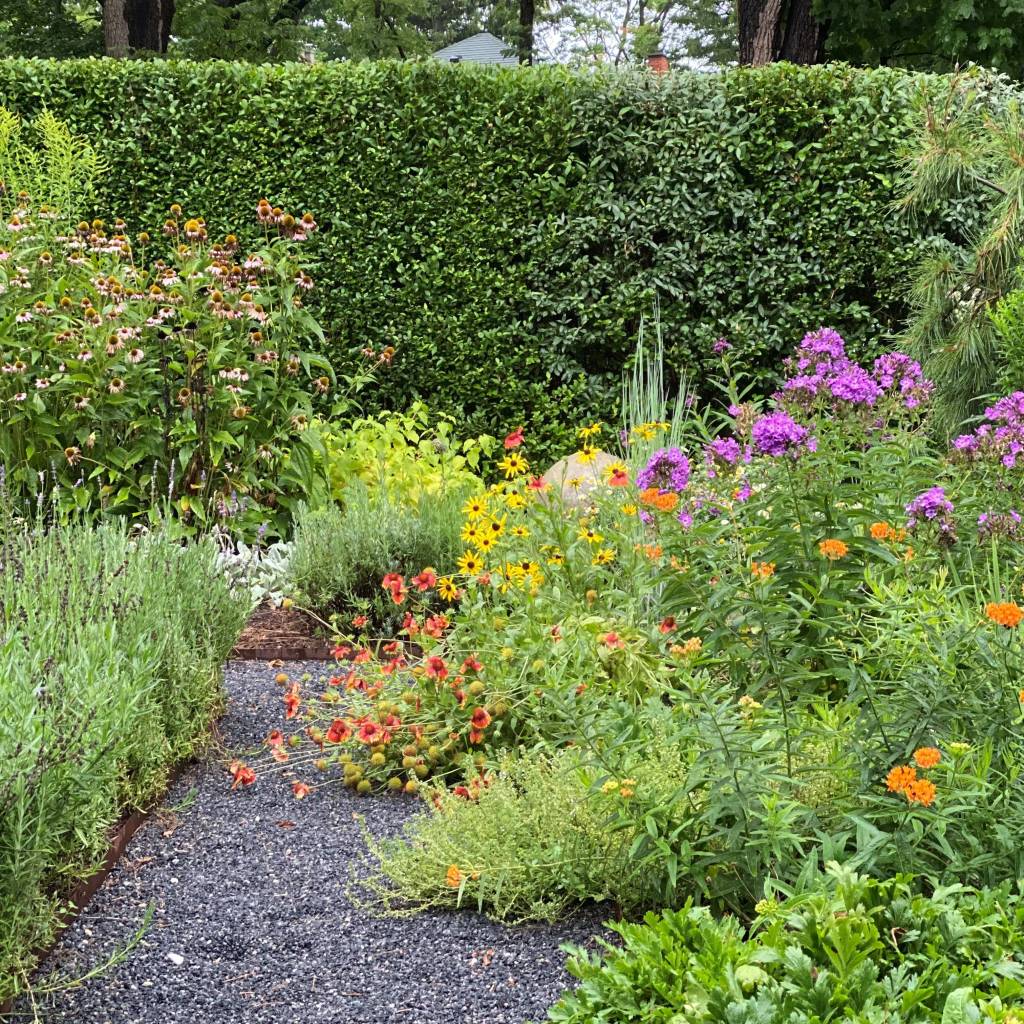