Ice resurfacers are as much a part of a Manitoba winter as skates and hockey sticks.

Ice resurfacers are as much a part of a Manitoba winter as skates and hockey sticks.

No pucks can drop and no spins can begin without the machines and the people who operate them.

But first some facts. Zamboni, although used as generically as Kleenex for tissues, is but one of the trade name for ice resurfacers.

It takes about 10 minutes for these machines to rumble around the ice and transform a sheet of powdered snow and ice chunks into a glassy surface ready for another period of excitement or even tiresome set of drills to hone skating techniques.

In 1949, after several attempts, Frank Zamboni made a prototype for a self-propelled ice resurfacer that resembles what most arenas use today. It began circling the ice in, of all places, Paramount, Calif., a suburb of Los Angeles. He patented the invention in 1953.

Here’s some more wintry irony. It takes litres upon litres of hot water to properly prepare a sheet of ice that has a target temperature of about -8 C.

These hot-and-cold facts are just the tip of the iceberg of what goes on to make the ice we skate on. Underneath the surface and behind the scenes is a mountain of equipment, devices that must work and knowledge that must be learned so the games can go on.

“I can train you in three days how to drive, but you won’t know anything else,” says Larry Santucci, an arena foreman with the City of Winnipeg, who has scraped and flooded ice for 42 years and in the summer oversees the city’s wading pools and splash pads.

“You can train anybody to drive because it’s a pattern, a repetition. There’s a lot to learn about ice maintenance and changing the blade and setting the blade at the right angle.”

“I was terrified at first. You don’t realize how big it is until you’re sitting on it. You cannot see anything over the front of your machine so you really have to be aware of your space,” she says. “The added stress of having spectators was scary but I love it now.

“Slowly and surely, my confidence and just getting more comfortable with the machine has grown a lot in the last year.”

East St. Paul has two resurfacers, an Olympia for its indoor arena, and a Zamboni that is used to maintain ice at an outdoor rink beside the arena. Different ice conditions require different blades to shave the ice, and having a second machine is handy should one of them break down.

Brandt and other operators use an edger to make sure the ice along the boards, and especially in the corners, is the same height as it is in the centre of the rink. Holes, slashes and gouges in the ice have to be repaired manually as well.

Beyond maintaining the ice, the operator has to keep an eye on the arena’s ice plant, which either uses ammonia or freon to cool pipes full of brine that lay underneath the concrete slab that forms the arena’s floor. The plant chills the brine and that takes the heat away from the ice, insuring it is the proper hardness for hockey, figure skating or a family get-together.

The plant at Winnipeg’s Sam Southern Arena, at the corner of Osborne Street and Kylemore Avenue, is an array of motors, tanks, pipes and gauges that all work together to keep the ice from melting. Operators must earn refrigeration certification to get the job, and Santucci says many ice resurfacers who work for the city are newcomers to Canada who have boiler certifications, an even higher standard.

Arena safety became a bigger issue after a leak of toxic ammonia gas in 2017 at an arena in Fernie, B.C., led to the deaths of three people.

Federal inspectors toured the country’s arenas in response to the tragedy, double- and triple-checking arenas and questioning personnel to make sure a similar tragedy doesn’t recur.

Santucci says Winnipeg’s arenas have always been held to a high standard because there’s an onus on government-run arenas to follow government regulations to the letter.

Among the safety-oriented tasks an operator performs at the beginning of every shift is to intentionally trip fail-safe mechanisms to ensure they are working correctly.

“People glorify the Zamboni driver now in all the commercials. It’s not the way it is. You have to have a thick skin to be a Zamboni driver.”–Larry Santucci

Santucci supervises all 10 city arenas — not to mention the St. James Civic Centre, which is being renovated, and several other rinks that have closed over the years — and says they’re all kept to the same temperatures and maintained the same way, despite the comments he’s heard from players and coaches over four decades.

“You can’t just change the ice for different teams,” he says. “At the (Canada Life Centre, where the NHL’s Winnipeg Jets play), the ice is like wax paper, you don’t glide on that. They can’t have it as cold as us because those players are so big they’ll turn and just chunks of ice go flying.”

Other aspects of arena life are changing. Women are no longer a rarity at the hockey rink. The American Hockey League has hired female referees, and National Hockey League teams have begun hiring women to executive jobs, where they have a voice in a franchise’s future.

Brandt says she never saw a woman drive the ice resurfacer when she was growing up and watched her sister play hockey. Brandt got into resurfacing arena ice partly because it’s full-time work that takes place evenings and weekends, when the bulk of hockey practices and games take place. She’s also taking university classes to become a nurse.

In her own way, Brandt is blazing her own icy trail.

“Throughout my whole life, I’ve been in male-dominated roles,” the electrical-engineering technology grad from Red River College says. “I think it’s important to be a voice for other women that want to work in male-dominated jobs, and be successful and they can do whatever they want to do.”

The ice-resurfacing machines hold a certain fascination; we all could use a machine to wipe clean the last 20 minutes and begin anew every once in a while. Cartoonist Charles Schulz, a lifelong hockey fan and player, often drew ice resurfacers in his Peanuts comic strips with Snoopy and Woodstock at the controls.

James Bond even used one to KO a villain in For Your Eyes Only.

All that’s not for Santucci, the career operator who remembers those early laps at Sam Southern and other rinks in 1980 when he needed a full-time job to qualify for a mortgage.

“People glorify the Zamboni driver now in all the commercials. It’s not the way it is. You have to have a thick skin to be a Zamboni driver.” 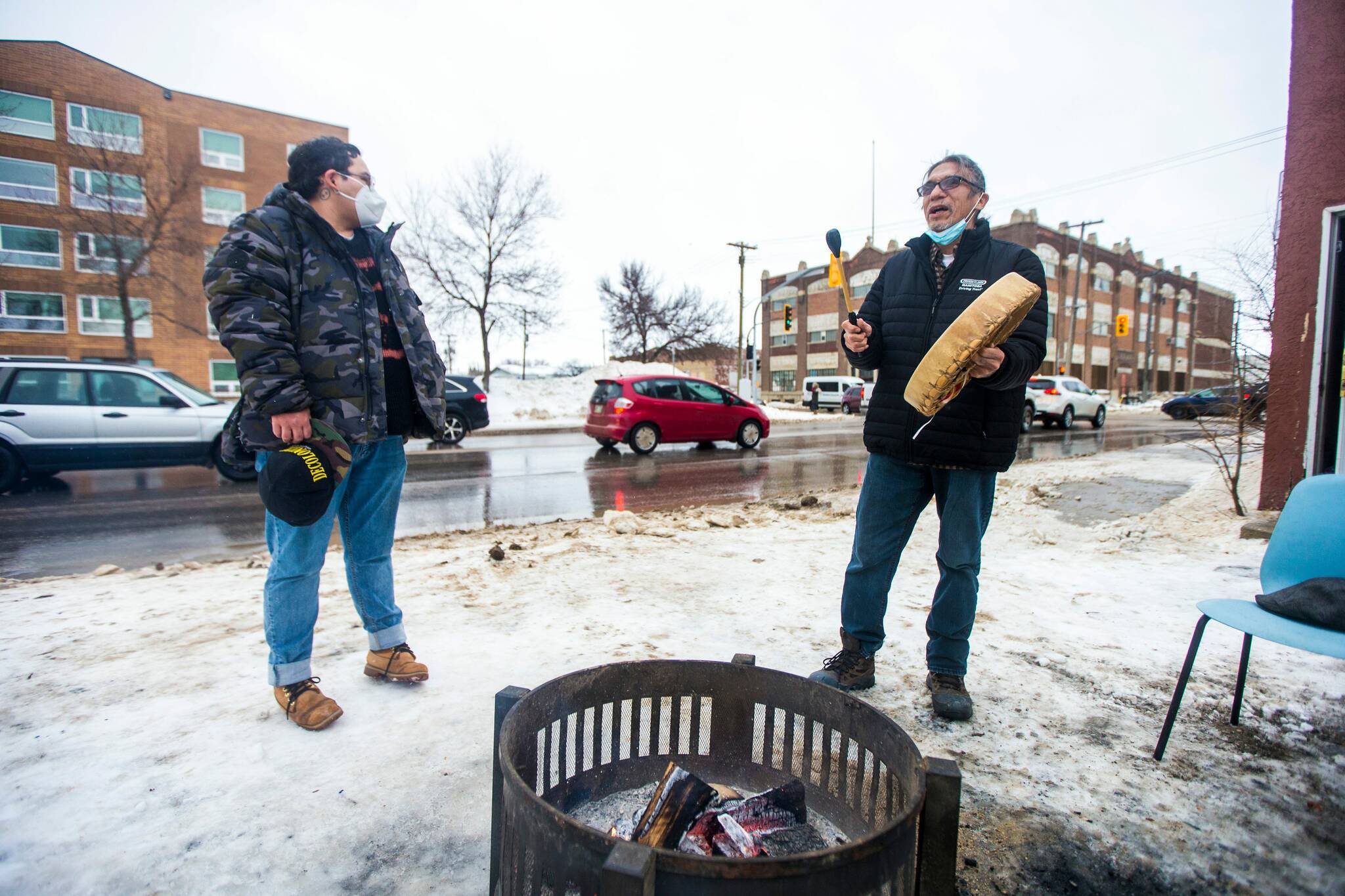 ‘The Emerson thing hurt us significantly’ 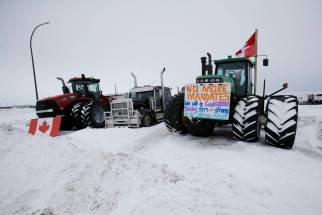 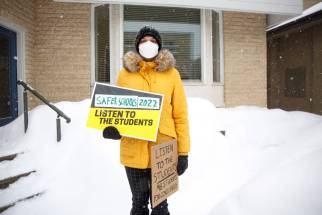 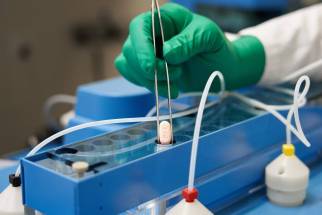 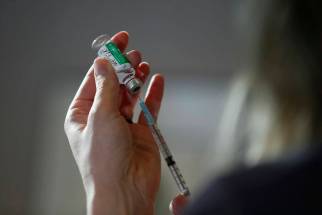 Beijing behind the scenes: Canadian figure skating judge loves being on the hot seat 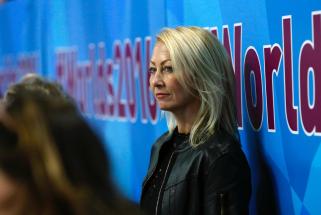 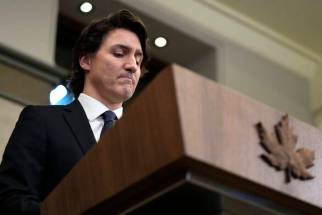 Finding the real freedom fighters in COVID war Beijing behind the scenes: Canadian figure skating judge loves being on the hot seat