Meeting Stapleton more than good… it was great-great

If Mother’s Day was Sunday, then Saturday evening was Great-Great-Grandmother’s Night for Marilyn Ross.

If Mother’s Day was Sunday, then Saturday evening was Great-Great-Grandmother’s Night for Marilyn Ross.

While Ross — her family calls her Nanny — was one of 11,000 Chris Stapleton fans who attended his concert at Canada Life Centre, she was one of the few who got to meet the country-music superstar prior to the show.

“This was something extra-special. It’ll stay with me until the day I close my eyes and don’t open them again,” Ross says.

“I couldn’t talk. I was just dumbfounded, I didn’t know what to say… I gave him a hug and I knocked his hat off.”

“My daughter, all my granddaughters, my grandsons, they all listen to Chris Stapleton. We love him, not just because of his songs but the way he presents himself. He didn’t dress in flashy sequins, just jeans and a shirt.”

Ross is such a fan that she’s worn out some of the Stapleton CDs she has. She was the one who urged her grandkids to get tickets for Saturday’s show when the concert was announced last December, even though she’d never been to Canada Life Centre before.

Her family got tickets, and then worked the social-media channels, reaching out to Stapleton and his wife, Morgane, hoping to create a magic moment, which occurred when Ross and Bristol met the singer-songwriter Saturday before the show.

“Tawsha told me that you are coming to our show tonight and that you haven’t been to a show in over 30 years, and I’m very flattered that you would choose to come see us tonight,” Stapleton says in a video Ross received Saturday.

She got to sit beside the soundboard at the centre of the arena, which offered a better view than the seat she had.

Ross has photos of all her grandchildren on her walls but Bristol says Ross has saved spots for a blown-up photograph of her with Stapleton and the autographed poster he gave her.

For Ross’s grandkids, sharing a night on the town with the matriarch of their family added to the thrills seeing the Tennessee Whiskey hitmaker in person.

“This was the first time she’s been out in the past two years of this pandemic,” Bristol says. “Just her making it through was enough for us, but from December to May, that leadup (to the concert), seeing her excitement gave us all a little bit more life after an exhausting two years.” 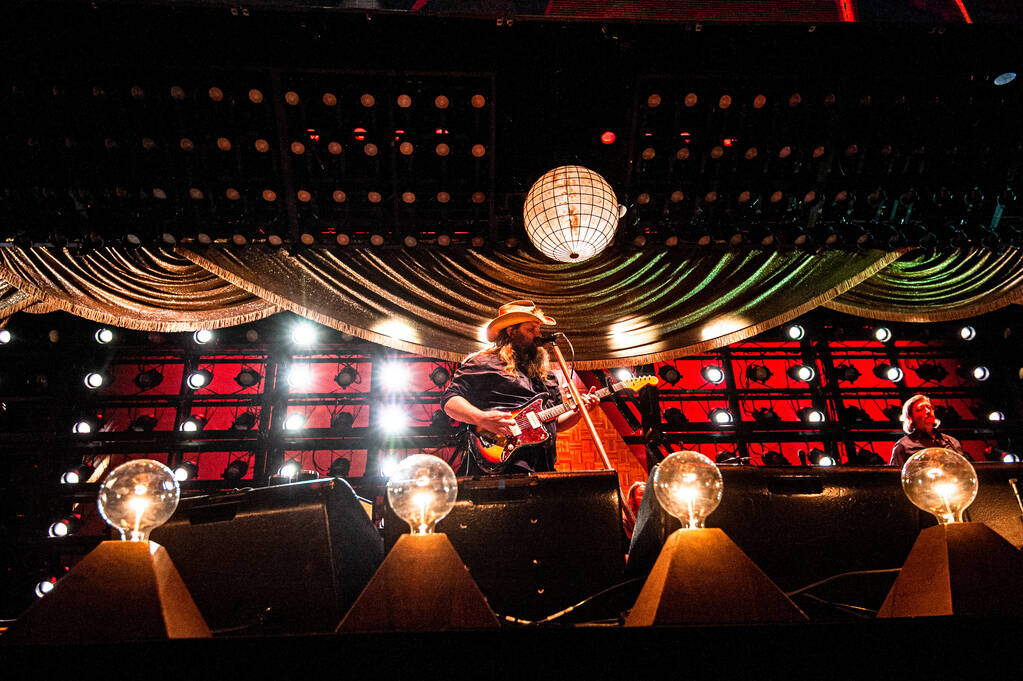