Even in the face of a weak economy, a night out at the movies is still one of the most viable cheap entertainment options out there. That's the lesson to be learned from the year 2009, a year that simultaneously saw record unemployment, and record-breaking attendance in movie theatres.

Even in the face of a weak economy, a night out at the movies is still one of the most viable cheap entertainment options out there. That’s the lesson to be learned from the year 2009, a year that simultaneously saw record unemployment, and record-breaking attendance in movie theatres.

One strategy Hollywood employed to battle easily downloadable competition was to simply offer product best viewed on a big screen. (It is no coincidence most of the year’s top 10 grossing movies (including Harry Potter and the Half-Blood Prince, Star Trek, Avatar and Monsters Vs. Aliens) screened both in regular theatres and on IMAX screens.

This list doesn’t cover all the movies opening in 2010, just some of the more interesting ones. Given that last year’s list included duds such as New in Town and Whiteout, high-quality entertainment is not guaranteed. Nor are the release dates, which tend to shift with the whims of distributors.

Director Gary Yates (Seven Times Lucky) returns to the milieu of low-level criminals with the excellent dark comedy High Life (Jan. 15), a period heist movie (the ’80s) highlighted by a great performance by local thespian Stephen Eric McIntyre as Bug, a violent loose cannon in a motley crew of drug addicts who attempt to take down a bank… machine.

Also watch for the gothic prairie drama Black Field, a feature debut by local filmmaker Danishka Esterhazy starring Sara Canning (of the TV series The Vampire Diaries) and Winnipeg actress Ferron Guerreiro, who distinguished herself as Harry Connick Jr.’s daughter in the otherwise undistinguished rom-com New in Town. "We are currently aiming to release the film across Canada in March or April," Esterhazy says.

The Harry Potter franchise draws to an almost-conclusion with Harry Potter and the Deathly Hallows Part One (Nov. 19), the first of the beloved series that will take place almost entirely outside the grounds of Hogwarts School. (The series wraps up entirely with Part Two released in July of 2011.)

Franchise fans may flock to third instalments such as The Twilight Saga: Eclipse (June 30) and The Chronicles of Narnia: The Voyage of the Dawn Treader (Dec. 10), but personally, I’ll be in the lineup for District 13: Ultimatum (February) the sequel to the French action hit District 13, a movie that left an indelible stamp on Casino Royale, among other films.

Shrek puts his big ogre foot in the 3-D pool with Shrek Forever After (May 21). And horror director Alexandre Aja puts the bite on moviegoers with Piranha 3-D, a thriller about prehistoric man-eating fish featuring noted man-eating-fish-survivor Richard Dreyfuss from Jaws.

Clash of the Titans (Feb. 12) is a remake of the 1981 gods-and-mortals adventure with state-of-the art animation instead of Ray Harryhausen’s lovable stop-motion creations.

Written and produced by Robert Rodriguez, Predators (July 7) is a reboot starring skinny cerebral Adrien Brody as the hero instead of a brawny Schwarzenegger type. Not skinny enough? Topher Grace also stars.

The Wolfman (Feb. 12) attempts to reinvigorate the old Universal horror franchise with Benecio Del Toro as the titular lupine legend.

A Nightmare on Elm Street (April 30) cleverly casts Jackie Earle Haley (Watchmen) as Freddy Krueger, a serial killer who attacks teens in their subconscious dream states, but it remains to be seen if the reboot can match the terror of the 1984 original.

The Crazies (Feb. 26) is a bigger-budget remake of a largely forgotten George Romero thriller from 1973 about a bio-chemical plague afflicting a small town which turns everyone murderous, much to the chagrin of the local sheriff (Timothy Olyphant).

Even the most prescient Wall Street trader could never have predicted Oliver Stone and Michael Douglas would re-team for a sequel to Wall Street (1987), but recent scandals and buyouts proved to be too great a temptation. Hence, the boys are back for Wall Street 2: Money Never Sleeps, in which Douglas returns to the role of icy greed-is-good magnate Gordon Gekko, newly released from prison and ready to corrupt an idealistic young investment banker (Shia LaBeouf).

Even more unlikely is the 28-years-later 3-D sequel Tron Legacy (Dec. 17) in which Jeff Bridges returns to the role of a guy who is way too into video games, first seen in Tron (1982).

Even more exciting than that is Kick-Ass (April 16) a real-world superhero movie not unlike 2009’s Watchmen except with a wicked sense of humour, as a gang of regular shmucks don costumes and fight crime. Stars include Nicolas Cage as "Big Daddy," a guy with twisted notions about the proper way to raise a daughter.

Will Ferrell and Brad Pitt provide voices for a supervillain and superhero respectively in Megamind (Nov. 5), an animated comedy about what happens when the criminal genius is left without a worthy adversary.

My dad is a Greek God. That’s the nutshell premise of Percy Jackson & The Olympians: The Lightning Thief (Feb. 12) helmed by Christopher Columbus, who managed to initiate the Harry Potter franchise rather nicely, thank you.

Prince of Persia: The Sands of Time (May 28) stars Jake Gyllenhaal as a rogue prince hunting for an ancient dagger capable of controlling time and allowing its possessor to rule the world.

Martin Scorsese flirts with Gothic horror in the thriller Shutter Island, starring Leonardo DiCaprio as a cop pushed to the brink of sanity while investigating a disappearance in a mental institution. Mad Mel Gibson is another cop out to learn the reason for his daughter’s murder in Edge of Darkness (Jan. 29). Matt Damon is a soldier who runs afoul of rampant covert wrongdoing in Iraq in Paul Greengrass’s Green Zone (March 12). Di Caprio teams with Christopher Nolan (The Dark Knight) in Inception (July 16), a blackmail tale with a heavy sci-fi twist.

Michael Cera is a teen shlub who adopts a reckless alternate personality in Youth in Revolt (Jan. 8). Finally, M. Night Shyamalan’s martial-arts extravaganza The Last Airbender pits a teen hero against a firelord who wants to rule the world. Talk about stress.

Want weird? How about I Love You Phillip Morris (Feb. 12) the allegedly true story of a straight married guy (Jim Carrey) who emerges from a car accident as a gay criminal who falls in love with his cellmate (Ewan MacGregor). Repo Men (April 2) stars Jude Law as a futuristic hired gun who harvests transplanted body parts from people who have neglected to keep up their payments. (Yes, it sounds an awful lot like a certain sketch in Monty Python’s The Meaning of Life.) Steve Carrell and Tina Fey are a stodgy married couple on the lam from killers in Date Night (April 9). And the title of the year goes to Rosencrantz & Guildenstern Are Undead (July 24), a movie that suggests a link between Shakespeare and a 2000-year-old vampire conspiracy. 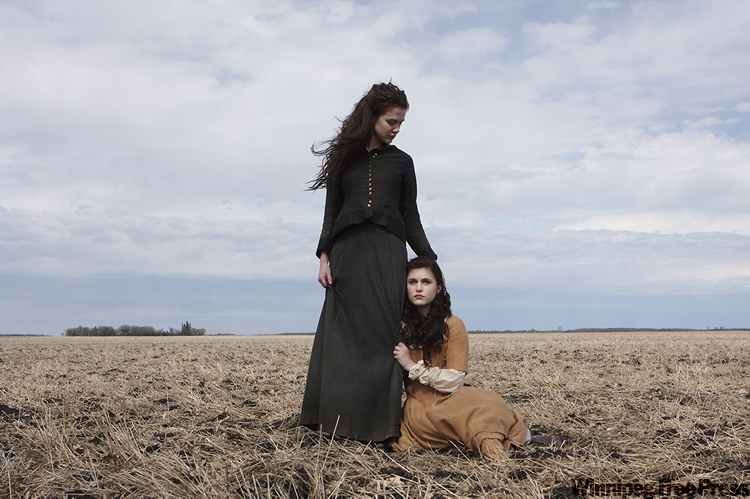