The Manitoba Taxicab Board is nearing the end of extensive hearings that began nearly a year ago on applications for 800 more taxi licences.

Today the board heard an application from Duffy’s and Unicity for any and all new licences the board may issue.

The application was unusual because the two largest taxi companies in Winnipeg have opposed every other application and have argued vigorously that demand does not warrant more taxis on the streets of Winnipeg.

Sid Soronow, lawyer for Duffy’s and Unicity, said those companies still believe there are enough taxis to service the market, but he said that if the taxicab board has other information and decides it needs to issue more licences, then Duffy’s and Unicity would be best able to manage the addition of new cars into the system.

Starting early last summer a flurry of applications — now totalling twice the number of existing plates — began to fill up the public hearing schedule of the Taxicab Board, the province’s taxi regulator.

Some of that was prompted by public complaints about a scarcity of cabs in the city, some were sheer enterprise on the part of the applicants. One of the largest applications, for 150 licences, came from a newly formed co-operative of disgruntled drivers.

What about... Taxi City? 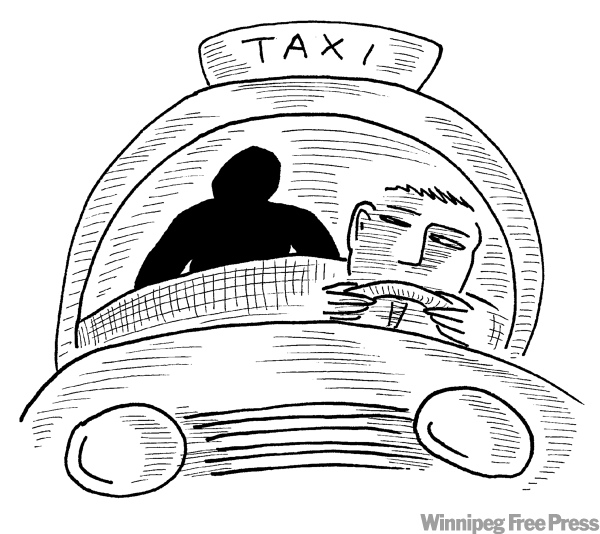