Emerson has declared a state of emergency and provincial officials are bracing to fight off rising flood waters in the wake of one of the worst thunderstorms to hit the province in recent years.

Emerson has declared a state of emergency and provincial officials are bracing to fight off rising flood waters in the wake of one of the worst thunderstorms to hit the province in recent years.

Saturday’s torrential rainstorm walloped Winnipeg and parts of southern Manitoba, dropping close to 100 millimetres of water on ground that was already saturated from recent precipitation. The heavy rains and strong winds that gusted up to 90 kilometres an hour flooded streets, downed trees, knocked out power and left hundreds of homeowners scrambling to bail water from their basements.

Emerson was among the hardest hit, receiving more than 102 mm of rain in a 24-hour period, Environment Canada said — though Emerson Mayor Wayne Arseny set the amount far higher, 165 mm in three hours on Saturday evening alone. Homes were flooded when a lightning strike knocked out power, leaving residents with no way to pump fast-rising water from their basements for several hours.

The rush of water caused instant overland flooding in some areas and pushed the level of the Red River and Assiniboine River near flood stages. The Red River rose eight feet over the weekend, which prompted the province to open the floodway gates on Sunday to handle the surge of water.

Officials started operating the Portage Diversion on Saturday to lower water levels on the Assiniboine River.

"It’s unusually heavy rainfall for May, it’s kind of rain that we seldom see any time of the year," said Alf Warkentin, Manitoba’s senior flood forecaster. "It’s significant because of the fact we already had heavy rain the previous weekend, and the ground was saturated in many areas."

Environment Canada meteorologist John McIntyre said the severe storm wreaked havoc because it was slow-moving and hovered over the region long enough to dump near-record rainfall amounts on Portage la Prairie, Pinawa, Emerson and Winnipeg. He said Winnipeg received about 70 mm of rain between Friday and Saturday, with reports of quarter-sized hail in some parts of the city.

In a normal year, the city receives about 58 mm of rain in the month of May.

Officials expect cleanup from the storm could take several days, as no part of the city was left untouched by the storm’s wrath. Emergency preparedness co-ordinator Randy Hull estimates at least 350 homes had some form of water backup, and that many ditches in Transcona, North Kildonan and Charleswood are full.

Hull said some homes in south Transcona had valves to keep sewers from backing up, but their weeping tiles had nowhere to drain since the sewer system was at capacity.

"(The ditches) are all full and people have water halfway up their properties," Hull said.

Crews are pulling 20-hour shifts to clear tree branches and unclog sewer drains plugged with debris, Hull said, and it could be mid-week before officials can estimate the cost of the massive cleanup. Hull said residents can help out by trying to clear debris away from storm drains, but advised Winnipeggers to not touch manhole covers. He also warned parents to ensure children stay clear of the fast-moving water in ditches and storm drains.

Many city streets and highways remained closed on Sunday due to deep water covering the road. On Saturday night, there were so many road closures that city crews reported they had run out of blockades and were contacting private companies for more. There was one report about a basement that had waist-deep water in it.

The city said it will not compensate residents who experienced sewer backup, and that homeowners will have to foot the bill to clean up the mess.

"We can’t be accountable or responsible for Mother Nature," Hull said.

Sump pumps and shop vacs were flying off store shelves on Sunday as residents started to dry out their basements. Canadian Tire Polo Park sporting goods manager Ken Krempasky said about 70 people were lined up outside before the store opened at noon, and at least one person ran to grab a sump pump when the doors opened.

Stonewall resident Carol Peters said she was able to salvage family photos before sewer backup destroyed all of her basement appliances and other furniture.

"It was basically gushing out as if it was a fire hydrant," Peters said.

Hull warned homeowners it might be prudent to lift any valuables off the basement floor, since there’s a chance more backup could occur in the coming days. "I don’t think we’re in the clear," he said.

It rained, it poured

Normally, the town receives 57.1 mm of rain in the month of May.

Winnipeg received close to 80 mm of rain over the weekend — 27 mm on Friday, and 53 mm on Saturday.

In a normal year, the city receives about 58 mm of rain in the month of May.

The Red River rose eight feet over two days, and sat at 16.5 feet at downtown Winnipeg Sunday morning. By late Sunday afternoon, it rose to 16.95 feet. It is expected to crest at 18 feet, which is considered flood stage. 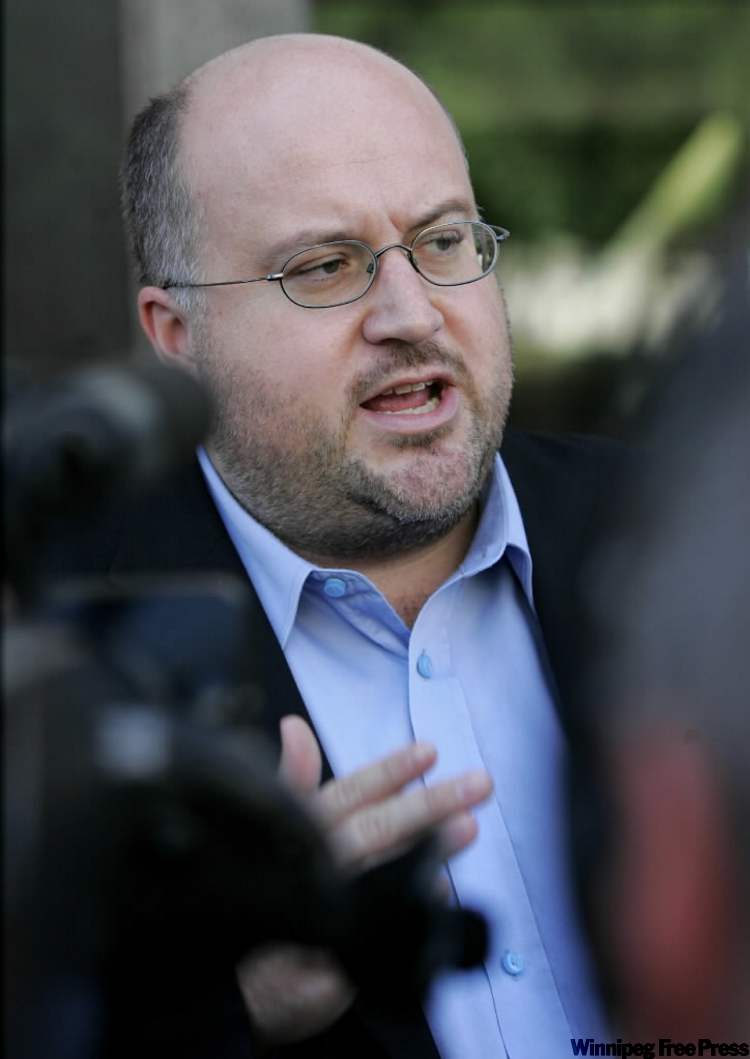