The family of a man who died Monday night following an incident at a personal care home is demanding a provincial inquiry into the circumstances that led to his death.

The family of a man who died Monday night following an incident at a personal care home is demanding a provincial inquiry into the circumstances that led to his death.

“My father’s death will not be in vain,” the late Frank Alexander’s son, Michael, said Tuesday.

“We will do all we can to bring to light issues in the system,” said the Ottawa-area man who is in Winnipeg making funeral arrangements for his father. “There has to be a detailed inquiry.”

His 87-year-old father was sent to hospital in critical condition Thursday after he was allegedly assaulted by a fellow Alzheimer’s sufferer and resident at Parkview Place.

Joe McLeod, 70, was charged with aggravated assault. Last fall, McLeod made headlines after he was held at the remand centre for a month for shoving his wife, who needed stitches. The provincial Liberal party brought to light the situation of the aggressive Alzheimer’s patient who had no safe place to be but jail. The Winnipeg Regional Health Authority got involved and had McLeod assessed and placed in Parkview Place.

It’s the same downtown care home in which Alexander was staying until there was space available for the Second World War veteran at the Deer Lodge Centre.

“Joe McLeod should not have been in that nursing home,” Alexander’s son Michael said. “He needed to be in a psycho-geriatric facility. He’s a sick man and he’s violent.”

McLeod is now in the psychiatric unit at Health Sciences Centre undergoing an assessment, said his daughter, Faye Jashyn, who cleaned out her father’s room at Parkview Place Monday night.

Police said his aggravated assault charge may be upgraded to manslaughter.

“It’s not just going to be a cut-and-dried police investigation, if you can say that, there are other factors and other things we need to consider,” Winnipeg Police Service spokeswoman Const. Natalie Aitken said. The major crimes unit is consulting with the Crown attorney’s office on the “unique” case, she said.

“I feel for both families involved in this, whether or not it’s an aggravated assault charge or a manslaughter charge, it’s certainly not going to take away from or heal what’s transpired here,” Aitken said.

McLeod is grappling with health issues and may not be aware of Alexander’s death, his lawyer Evan Roitenberg said.

“He’s not a well man,” he said. “He suffers from dementia in the extreme. He has a host of other physical maladies.”

Alexander’s family, meanwhile, is planning his Saturday funeral and trying to organize a press conference as they grieve, son Michael said.

“We’re coping as best we can,” he said. “It’s a terrible situation — especially when it was so unexpected.”

His family is angry with the provincial Liberal party for drawing attention to McLeod’s case when he was locked up in the remand centre in the fall.

“(They) used their power to persuade the system, and he got fast-tracked” into Parkview Place, Michael Alexander said.

McLeod’s daughter said a friend of the family contacted the Liberals, because the family was not getting any help from the system to find a place other than jail for their dad to stay.

“We’re very sorry,” said Jashyn. “If we could’ve seen this coming, we would’ve tried to plead more to get him into a different place.”

Alexander’s family said they’re angry at the Manitoba Liberals for being “insensitive.”

In Parkview Place, after Alexander was reportedly shoved by McLeod and was hospitalized, the Manitoba Liberals went public, Michael Alexander said.

“Here we are with my dad on his death bed and they’re doing a press conference with the McLeods,” he said of an event held Saturday morning at the legislature. “It was absolutely, incredibly insensitive, and infuriates me.”

The province said it is investigating the circumstances leading up to Alexander’s death.

“We’re deeply saddened by this tremendous loss,” said Jean Cox, an acting assistant deputy minister with Manitoba Health. “It’s a very difficult time for all of those involved.”

— with files from Gabrielle Giroday

AS Manitoba’s population ages, more demands are being placed on the province’s “infrastructure” for caring for people with dementia who may be violent, said acting assistant deputy minister of regional programs and services Jean Cox.

“We do have a number of facilities that are specially adapted for this population,” she said. Cox said she wasn’t sure if Parkview Place was one of them.

She couldn’t comment on any of the circumstances related to Frank Alexander’s death, but said it’s being investigated as a “critical incident.”

They will look for anything that could’ve been done to prevent it from happening again, she said.

“We do take safety very seriously,” Cox said. Patients are assessed prior to being admitted and assessments are updated regularly.

Before a resident with dementia can be moved to a facility, it has to be clear to the personal care home staff that the resident’s needs could be met, she said.

Family asking for inquiry over senior's death in care home 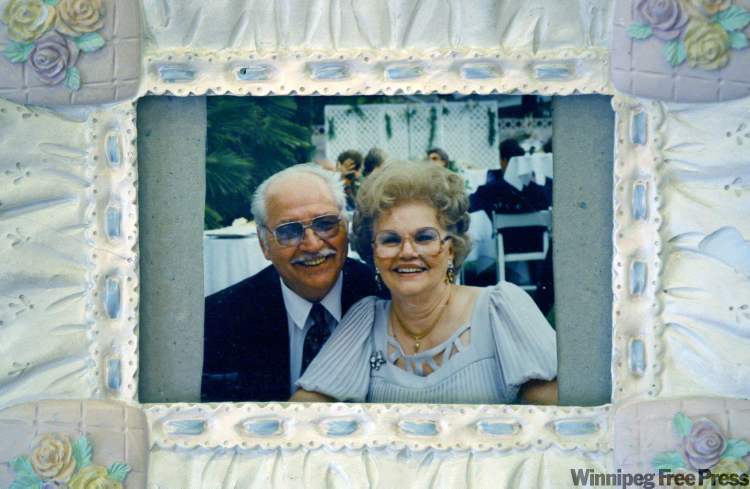