Attawapiskat Chief Theresa Spence might well be the "inspiration to all Canadians," as former prime minister Paul Martin has described her. The hunger strike she started on Dec. 11 -- she has subsisted on a diet of water, tea and fish broth -- to protest the Harper government's treatment of aboriginal peoples' rights has received a great deal of media coverage. It even got her a meeting with the prime minister, which she now says she will not attend because Gov.-Gen. David Johnston will not be there as well. Either way, don't expect much more to come from this public protest.

Attawapiskat Chief Theresa Spence might well be the “inspiration to all Canadians,” as former prime minister Paul Martin has described her. The hunger strike she started on Dec. 11 — she has subsisted on a diet of water, tea and fish broth — to protest the Harper government’s treatment of aboriginal peoples’ rights has received a great deal of media coverage. It even got her a meeting with the prime minister, which she now says she will not attend because Gov.-Gen. David Johnston will not be there as well. Either way, don’t expect much more to come from this public protest.

Hunger strikes have always been a desperate and dangerous non-violent method of political action. They draw a lot of attention; yet, in almost every case, they produce few immediate tangible results.

British journalist David Beresford, who chronicled the hunger strike of Irish Republican Army prisoners in the early ’80s, traces the tactic back to medieval Ireland, where a hunger strike was more personal. An individual who had been the victim of a perceived injustice literally fasted at the doorstep of the person who had wronged him.

If the hunger striker died without having his complaint properly dealt with, the defendant was deemed to be liable and was compelled to pay compensation to the victim’s family.

“It is probably that such fasting had particular moral force at the time,” writes Beresford, “because of the honour attached to hospitality and the dishonour of having a person starving outside one’s house.”

The poet W.B. Yeats wrote about this “old and foolish custom” in his 1904 play The King’s Threshold. There is also evidence a similar practice was common thousands of years ago in India and was only outlawed in 1861.

Since then, hunger strikes have been employed as the last resort of the powerless against the powerful.

In the decade before the First World War, militant British suffragettes, whose demand for the vote was largely dismissed by the government, resorted to violence and were subsequently arrested. The women insisted they be treated as political prisoners. The government adamantly refused.

In turn, the women went on hunger strikes and the government, in its wisdom, responded with forcible feeding.

Few official policies in dealing with the women backfired more. No matter how safe the prison physicians declared the practice to be, the testimonies of the women who experienced this horrific treatment made the comparison to medieval torture believable.

The Times published this personal account by Laura Ainsworth on Oct. 7, 1909, two days after she had been released from prison.

“I was raised into a sitting position, and the tube about two foot long was produced. My mouth was pried open with what felt like a steel instrument, and then I felt them feeling for the proper passage. All this time, I was held down by four or five wardresses. I felt a choking sensation, and what I judged to be a cork gag was placed between my teeth to keep my mouth open. It was a horrible feeling altogether. I experienced great sickness, especially when the tube was withdrawn.”

Numerous other women also decried the agony of the feedings, and more than 100 doctors signed a petition to end the practice. Eventually the government halted the forcible feedings and passed the Prisoners’ Temporary Discharge Act, more popularly known as the “Cat and Mouse Act.”

Under this clever law, suffragettes weak from hunger strikes could be released from prison so they could recuperate and then be re-arrested to finish their prison sentences.

Once war started in 1914, the women put their patriotism ahead of their politics and ceased their battle. When they were finally granted the vote in Britain in 1918, it was not the hunger strikes that had altered the government’s mind, but a change of attitude in part due to the women’s participation in winning the war.

Similarly, in his long fight with the British over the independence of India, Mahatma Gandhi went on as many as 17 hunger strikes during a three-decade period.

“Under certain circumstances,” he wrote, “fasting is the one weapon God has given us for use in times of utter helplessness.”

It is true many of these hunger strikes did win him the concessions he sought, such as his six-day strike in 1932, which led to improved legal and civil rights for the Dalits or Untouchables.

Yet, alone, they did not and would not have convinced Britain to end its colonial rule after the Second World War.

The British faced an even more determined foe in the Irish Republican Brotherhood and its successor, the IRA. Almost as soon as IRB members were arrested by the British during the Easter Rising of 1916 and the Anglo-Irish War of Independence that followed, hunger strikes were frequently used, but with little real impact. Decades later, in the 1980s at the Maze Prison near Belfast, the IRA leader Bobby Sands and other IRA inmates resorted to hunger strikes to protest the fact British authorities would not recognize their rights as political prisoners.

Sands lasted 66 days, yet died without achieving his goals. The hunger strikes received world-wide media attention and Sands and his fellow-IRA members were portrayed as heroes and martyrs. The IRA retaliated for their deaths with a series of terrorist attacks and in the short-term the situation in Northern Ireland did not change

British prime minister Margaret Thatcher, who was put at the top of the IRA assassination list, was denounced for her heartless treatment of the prisoners, but she refused to back down. “It was possible to admire the courage of Sands and the other hunger strikers who died,” she wrote in her 1995 memoirs, “but not to sympathize with their murderous cause. We had done everything in our power to persuade them to give up their fast.”

Already, someone has added Theresa Spence’s name to Wikipedia’s list of notable hunger strikers. Like all those who have gone down this path before her, she and the cause she fights for, the plight of aboriginal people in Canada, has received international publicity. And, her desperate actions did produce Friday’s meeting with Prime Minister Stephen Harper and his officials, whether she shows up or not.

No doubt, Gandhi would praise her sense of convictions and desire to defend her people’s rights. But he would also remind her that regardless of the emotional appeal her hunger strike has generated, neither it, nor the meeting with Harper, will likely affect the dramatic change she wants any time soon.

Now&Then is a column in which historian Allan Levine puts the events of today into a historical context. 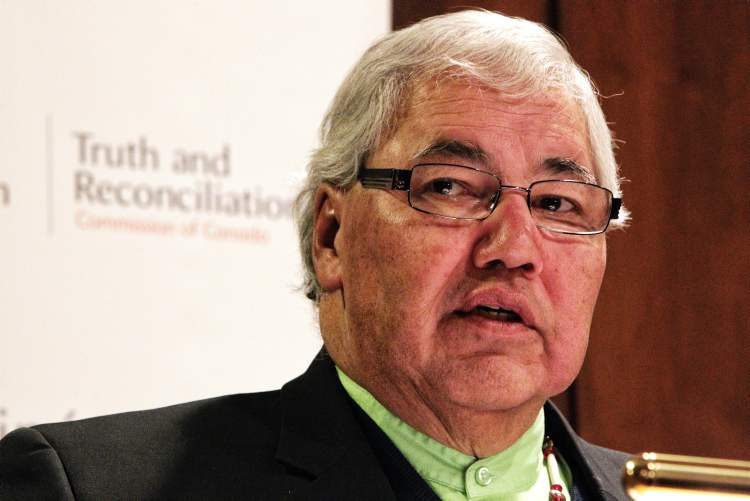 Idle No More protests won't work, but voting might