Fogging opponents line up to ensure no spraying near their homes

HUNDREDS of mosquito-fogging opponents lined up at a city office Sunday to beat a deadline that would keep fogging trucks away from their homes.

HUNDREDS of mosquito-fogging opponents lined up at a city office Sunday to beat a deadline that would keep fogging trucks away from their homes.

The city announced Saturday malathion fogging would commence Sunday evening for the first time since 2010. Trap counts in the Assiniboine Forest registered 1,808 mosquitoes on Saturday, but ebbed to a city-high of 200 on Sunday.

“I don’t want stuff coming into my house, my kids can’t play outside,” said Robert-Falcon Ouellette. “If I would have known they were spraying I would have gone to North Dakota or something for the weekend.”

Ouellette brought his five children to a city office on Waverley Street Sunday morning to sign up as an anti-pesticide registrant. The city assures residents a 90-metre buffer zone around registrants’ property will not be sprayed during the city’s fogging campaign.

But Ouellette feels the city didn’t give him enough information about the fogging or enough time to opt out.

“It’s really anti-democratic if you think about it, there’s no consultation. This is a way for people not to register,” said the south St. Vital resident. “People can’t just pop down here if they don’t have any use of mobility, and want to register.”

After receiving a phone call from a friend about the spraying, Bonnie Hoffer-Steiman also marched her way down to the Waverley Street office.

“I don’t trust the chemicals that they use,” said the Wolseley resident. “I don’t think they’re safe.”

Even though Hoffer-Steiman registers every year so the area around her home isn’t fogged, she will still keep her windows closed Sunday night and this morning.

“I’ve managed all these years and I can continue to manage without the fogging,” she said. “I shutter up all the windows, and I don’t want it around my vegetables.”

Taz Stuart, the city’s entomologist, said Saturday the fogging campaign will be short. On Sunday, the city’s website marked 10 zones that will be fogged, if weather permits. Most of the areas follow the Assiniboine River, including parts of St. James, Charleswood, the Assiniboine Forest, the West End, Wolseley and St. Boniface.

“Not everyone may be fogged or may not be fogged. It all depends on conditions. It’s a day-by-day analysis,” Stuart said Saturday.

Culex tarsalis, the species of mosquito that can carry the West Nile virus, has yet to appear in Winnipeg this year.

Some Winnipeggers believe fogging is necessary, especially in the area around the Assiniboine Forest, where Sunday’s mosquito trap count was 200.

Gayle Leverton walks her dog in the Assiniboine Forest every morning. Last week, she said she had to put her walk on hold for a couple of days because of mosquitoes.

“The mosquitoes are bad, last week I came with a net over my head and my back was covered in bites,” said Leverton. “There’s so many of them. I don’t believe in spraying but you have to be able to enjoy the park.”

Winnipeggers Christine Frank and Karen Dana had no idea the fogging was even going to take place. The two friends were spraying themselves with mosquito repellent before taking a walk in the Assiniboine Forest Sunday morning.

“The mosquitos are worse this year because we didn’t have any for the last two years, but they were nothing like they were 20 years ago, it was wicked,” said Frank. “I’ve got bites, but it’s summer; it’s Winnipeg — you put stuff on.”

The Winnipeg residents felt fogging should be avoided, and remember a time when mosquitoes were much worse.

“At Folk Fest 30 years ago, my daughter just had bites everywhere,” said Dana. “That summer we had the netting over us. That’s how we remembered.”

The city will not be testing an alternative to malathion during this period of fogging. Stuart said the city hasn’t been able to obtain enough Pryocide ULV 7067, a neurotoxin derived from chrysanthemum plants and a sassafras derivative, to perform a test.

— with files by Alexandra Paul

Not enough pyrocide, so city will continue fogging with malathion 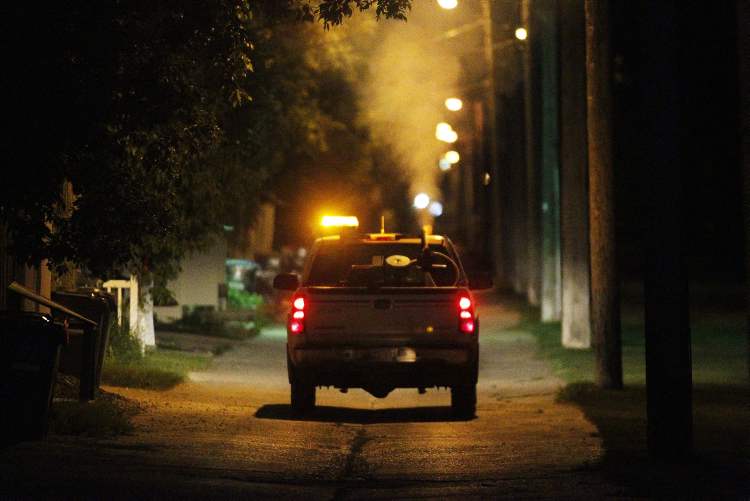 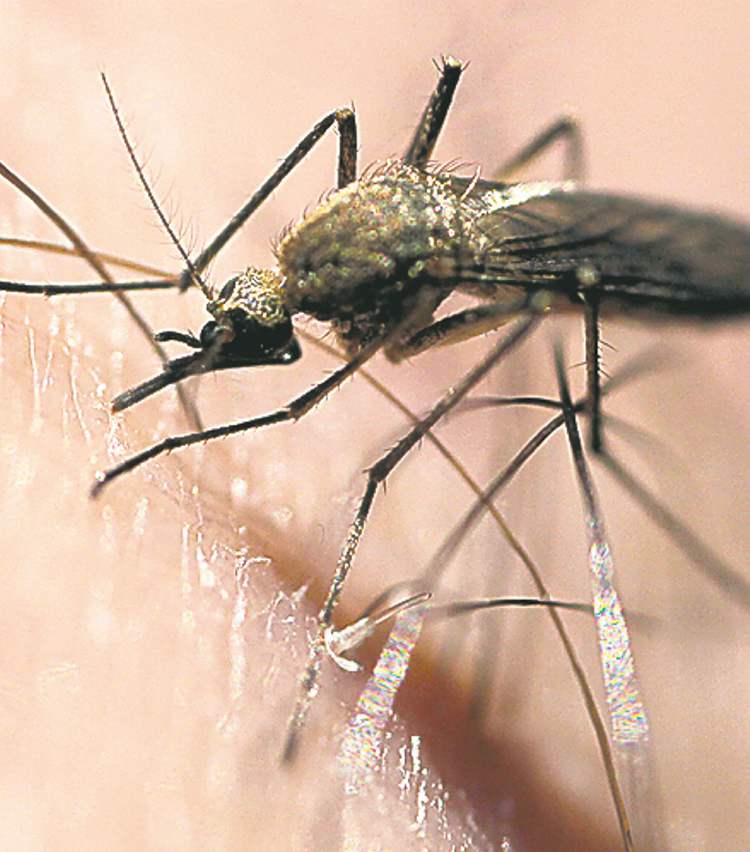