Jets get heavy homestretch to start

But they finish 2013-14 season with plenty of road games

The Winnipeg Jets' 2013-14 schedule, released Friday by the NHL, is bookended by opposites.

The Winnipeg Jets’ 2013-14 schedule, released Friday by the NHL, is bookended by opposites.

The Jets will be home heavy to start the 82-game campaign — Year No. 3 in Winnipeg — and will find themselves frequently away from home at the finish.

Eight of the team’s first 10 games are at the MTS Centre and by Nov. 23, the Jets will have played 16 home games and just nine on the road.

At the finish of the season, seven of the final 10 are on the road.

Only minutes after the release, GM Kevin Cheveldayoff already had an opinion on the matter and he left no doubt that he hopes the team has learned some valuable lessons about games squandered early in the lockout-shortened season when the Jets were 5-8-1 in the first 14.

“You want to be prepared, make sure you have everything going in the right direction right off the start,” Cheveldayoff told reporters Friday at the MTS Iceplex. “It’s a lot like the shortened season last year, the starts are very important. And one thing that became abundantly clear to us last year is that each and every game is important. You just never know when those two points are the ones that you kick yourself over in the end.

“Hopefully those are lessons learned from last season. Getting as close as we did and as hurtful as it was, those are the things that really resonate and motivate and drive the group.”

For the coming season, the task appears to be more difficult.

‘One thing that became abundantly clear to us last year is that each and every game is important. You just never know when those two points are the ones that you kick yourself over in the end… Hopefully those are lessons learned from last season’

Winnipeg is no longer in the weak Southeast Division, having been moved to the Central Division in the Western Conference in the league’s realignment to four divisions.

The other groupings will be the Atlantic Division, Metropolitan Division and Pacific Division.

The Jets will play 29 games within the Central Division, five each against Colorado, Dallas, Minnesota, St. Louis and Nashville and four against Chicago. The imbalance will rotate on an annual basis.

Against the other division in the Western Conference, the Pacific, the Jets will play 21 games, three each against each club, again with the imbalance of home and road games rotating annually.

And Winnipeg’s non-conference games will be a single home-and-road series with all 16 teams in the Eastern Conference.

After the season starts with a road game Oct. 1 in Edmonton and then at home Oct. 4 against the Los Angeles Kings, there are several games of note.

The defending Stanley Cup champion Chicago Blackhawks will make their first-ever regular-season trip to the MTS Centre on Nov. 2. The Jets played the Hawks once during 2011-12, in Chicago, and when the lockout season was shortened to 48 games, there were no cross-conference games.

Other first MTS Centre appearances will be Nov. 18 against the Calgary Flames and Jan. 31 against the Vancouver Canucks.

In early February, the Jets embark on a four-game road trip that will precede the Olympic break. For Winnipeg, that lasts between Feb. 8 and 27 and will cause a 27-day gap between Jets home games at the MTS Centre.

“We’re excited that it’s here,” Cheveldayoff said of the schedule’s release. “As an organization and coaching staff, we’ll talk about how to manage the different nuances of it, with the Olympic break.

“It is interesting, being on the road for the first week of February and then going into the break. It’ll be a real long period of time where there are no actual Jets home games.” 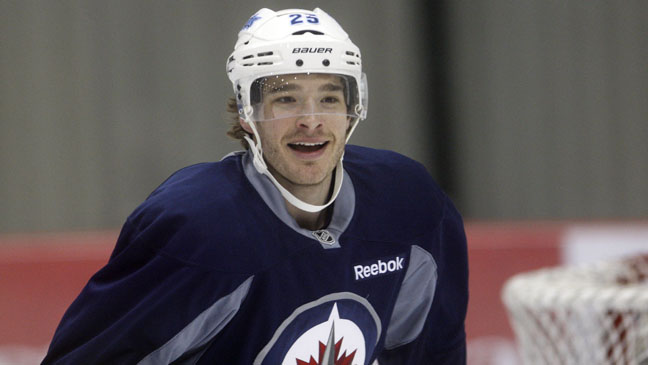 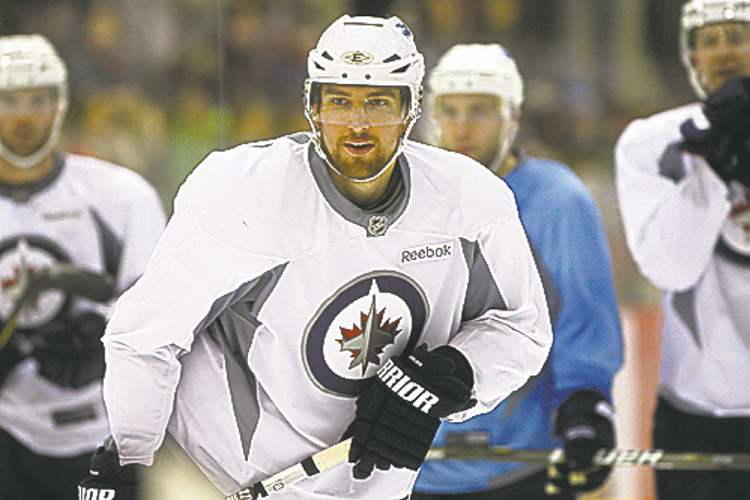 LOAD MORE THIS JUST IN