THE Canadian Museum for Human Rights will not use the word "genocide" to describe Canada's aboriginal policies during the last century, including the residential schools system and forced relocations.

THE Canadian Museum for Human Rights will not use the word “genocide” to describe Canada’s aboriginal policies during the last century, including the residential schools system and forced relocations.

That’s despite a growing academic consensus Canada did indeed commit genocide, and repeated calls by aboriginal leaders — including, most recently, Phil Fontaine — for the federal government to recognize its role in the destruction of indigenous culture and institutions.

“It’s a shame. I think the museum needs to be a leader, not a follower on this,” said University of Manitoba Prof. Adam Muller, a genocide expert. “You look at colonial activity in the Americas and it seems clear to me, at the end of the day, they were trying to destroy a group and way of life.”

Those familiar with the museum’s plans to tackle indigenous issues understood the word would be included in its exhibits. But after what spokeswoman Maureen Fitzhenry said was extensive internal debate and an ongoing process of revision, the museum’s senior staff decided not to use the word. The decision was made about a month ago.

Fitzhenry said the museum is not a court or government — the two bodies that have traditionally decided what counts as a genocide. And she said academic research is still evolving.

“We don’t want to be seen as advocating or involving ourself in a debate that is still playing out,” said Fitzhenry.

She also said that, as a Crown corporation, it’s important the museum’s terminology align with that of the federal government, which has not recognized Canada’s aboriginal policies as a genocide.

Parliament recognizes five official genocides — the Holocaust, the Holodomor, the Armenian genocide and the atrocities in Rwanda and the Bosnian town of Srebrenica.

In a recent column in the Toronto Star, former national grand chief Phil Fontaine called on Canada to add a sixth to the list, especially in light of recent revelations Ottawa conducted nutritional experiments on malnourished First Nations adults and children in the 1940s and ’50s.

“It is time for Canadians to face the sad truth. Canada engaged in a deliberate policy of attempted genocide against First Nations people,” wrote Fontaine, originally from Sagkeeng First Nation. “And the starvation experiments were only the first of a litany of similar such attempts to control, delegitimize and, yes, even annihilate First Nations to suit the needs of a growing dominion.”

University of Manitoba scholars — some of whom are organizing an international conference on indigenous genocide in Winnipeg next year — say there is little academic debate left over whether the word “genocide” applies to Canada’s Indian policies.

Instead, scholars are arguing about how it happened. And the debate has moved beyond a legal definition of genocide that centres on a government’s clear intent and on the physical extermination of one group. Broader, more cultural definitions of genocide, which look at how language, institutions, religion and family ties were eradicated, are now widely accepted.

“What matters in genocide is not that it’s a lot of killing,” said University of Manitoba sociology Prof. Andrew Woolford. “What matters is that it’s an assault against a group, on their ability to persist as a group.”

Underlying the genocide question are persistent allegations — some made by former museum staff — the CMHR’s federally appointed board routinely interferes in content decisions in an effort to tell more “positive,” politically palatable stories.

Fitzhenry said the decision to avoid the word “genocide” was made by senior staff, not the board.

She said the museum will not shy away from exploring Canada’s colonial legacy, including the epidemic of missing and slain aboriginal women, the disastrous relocation of Manitoba’s Sayisi Dene people, land and treaty rights and residential schools.

Indigenous history will be tackled throughout the museum’s 11 galleries.

Is it reasonable a museum for human rights hesitates to call Canada’s treatment of First Nations people a genocide? Join the conversation in the comments below. 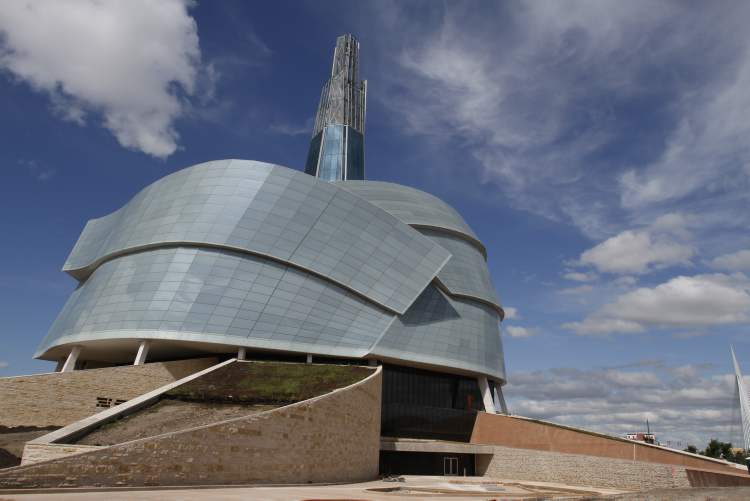 THE United Nations defined genocide in 1948 as acts committed with intent to destroy, in whole or in part, a national, ethnical, racial or religious group. Those acts include:

Updated on Wednesday, July 31, 2013 4:20 PM CDT: Clarification: The Canadian Museum for Human Rights will use the word "genocide" in exhibits exploring the debate over whether a genocide occurred against Canada's aboriginal people. It will not use the term in ways that imply the museum itself has declared it a genocide.