The HPV vaccine now given to Manitoba schoolgirls won't shrink cervical-cancer rates as much as promised unless more aboriginal girls get the shot.

The HPV vaccine now given to Manitoba schoolgirls won’t shrink cervical-cancer rates as much as promised unless more aboriginal girls get the shot.

That’s according to a just-published study by a group of University of Manitoba health researchers who found big gaps in vaccination rates among aboriginal and non-aboriginal girls could dampen the impact of the much-touted cancer-fighting inoculation, even among the non-aboriginal population.

“It won’t be as great as we’d hoped,” said U of M infectious disease specialist Leigh Anne Shafer, whose study was published in the most recent edition of the academic journal Vaccine.

In 2008, Grade 6 girls in Manitoba began receiving the Gardasil vaccine, which protects against the human papillomavirus, the most common sexually-transmitted infection. HPV is the cause of most forms of cervical cancer.

Aboriginal women already have higher rates of HPV and cervical cancer. Now, it appears not enough of them are getting the HPV vaccine.

In the first year the shot was available, Shafer said 44 per cent of aboriginal girls got the vaccine while 58 per cent of non-aboriginal school girls did. That gap remained the next year, and it’s even greater for teens and older women who must typically pay for the shot.

Shafer and her team used computer modelling to test various vaccination uptake levels and forecast the effects to 2059. They found bad news even for non-aboriginal people.

If the gap remains, cervical-cancer rates could be as much as 25 per cent higher among non-aboriginal people than they would be if every schoolgirl got the shot.

Exactly why so many aboriginal schoolgirls failed to get the shot is a mystery, and one Shafer says ought to be investigated so health providers can fix it.

It could be aboriginal girls were less likely to bring in their parental-consent forms, or parents did not give consent as often as non-aboriginal parents.

“Once we find out what the biggest reason is, we need to work on minimizing that difference,” said Shafer. “We still have an obligation to try to ensure vaccine coverage is similar in all sectors of society.”

Tim Hilderman, the medical director of Manitoba’s immunization program, said disparities continue to exist in vaccination rates. “This is very much what I would have expected to see,” he said.

Instead of targeting one ethnic group, the province is looking at all vulnerable populations, including immigrant children and the poor, whose vaccination rates may also be too low.

If, for example, there are schools where the return of parental-consent forms falls below a certain level, staff will launch an intervention that could be as simple as calling all the parents.

Last year, the overall vaccination rate stood at 65 per cent, and Manitoba Health is now studying whether their interventions among vulnerable groups have helped to bolster that figure.

It’s not clear what special vaccination programs are in place on First Nations reserves. Health Canada could not offer a comment before deadline Wednesday. 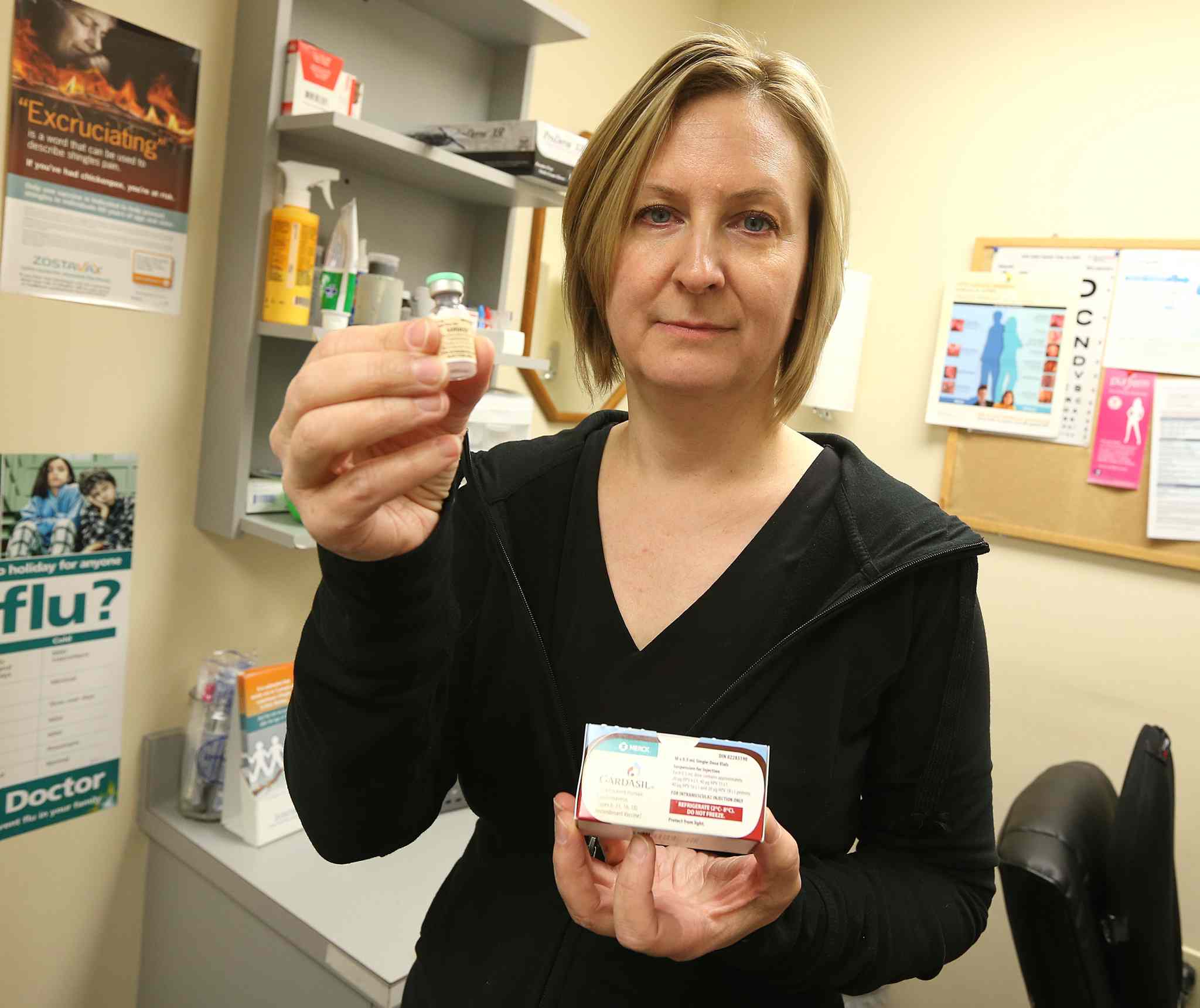 CERVICAL CANCER IN THE YEAR 2059

Best-case scenario: If nearly all girls get the vaccine, those rates could be cut by 65 per cent. Only about four women in 100,000 would get cervical cancer, and the gap between aboriginal and non-aboriginal women would seriously shrink.