Proper procedure was followed but better discretion is needed, Manitoba Health found after its investigation into an incident in June in which a 16-year-old girl had her belly button pierced without parental consent at the Red River Exhibition.

Proper procedure was followed but better discretion is needed, Manitoba Health found after its investigation into an incident in June in which a 16-year-old girl had her belly button pierced without parental consent at the Red River Exhibition.

At the Phase II Tattoo and Body Modification mobile unit on June 17, the girl brought along an 18-year-old friend who signed the consent form as her legal guardian and presented identification that was photocopied and kept on file by the Phase II operator.

“In essence what happened was the person who said he was the legal guardian misrepresented himself in this case. We feel that the operator followed proper procedures and precautions in ensuring that a consent form was provided and signed,” Peter Parys, Manitoba’s director of environment, health and emergency preparedness said in a telephone interview.

“We think he (operator) acted responsibly in terms of asking for the IDs and following the proper processes.”

Winnipeg’s body modification bylaw states anyone under the age of 18 must be “accompanied by a parent or guardian and also has provided written consent.”

That procedure was technically followed but, as it was a stretch for an operator to accept an 18-year-old friend as a 16-year-old’s legal guardian, Parys said operators of local body modification businesses are being cautioned to ensure due diligence is in place.

“What we’re planning to do in regards to that is our inspectors doing their routine inspections and visiting establishment, we’re going to remind operators to use good descretion,” Parys said.

“I don’t think any operator really wants to put themselves in a position that happened here where somebody misrepresented himself. So just a reminder that you need to use good discretion, you do have the right to refuse and if you don’t feel this person is truly the legal guardian or is misrepresenting themselves in any way, then really think about (not) doing the procedure.”

Phase II owner Patrick Culligan told the Free Press in an earlier story he was satisfied that the requirement that the minor had an adult who signed as a legal guardian was fulfilled.

“We did not break any rules,” Culligan said. “I went over the scenarios with the health inspectors. The scenario that happened is within those parameters that they gave me.”

Darcy Jeanson and Cheryl Radcliffe had complained to Manitoba Health after the incident as the couple was not present, had not given permission for their daughter to have the piercing and didn’t find out about the piercing for several days. 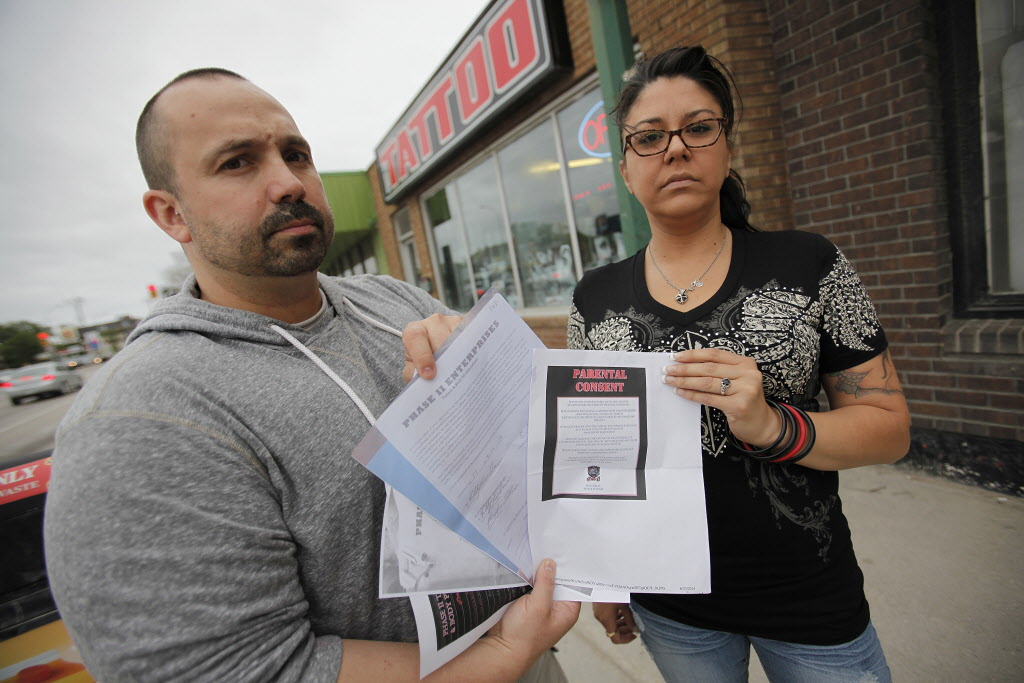 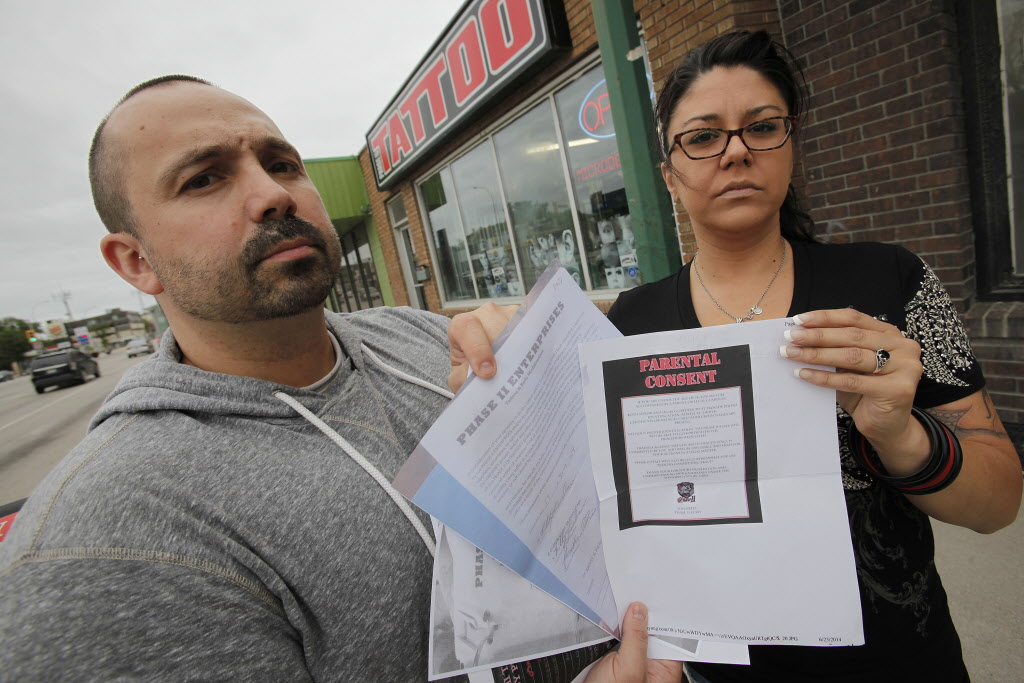