Eight days ago, women, children and men marched together in the North End in the 2014 Take Back the Night event, united in their determination to end violence against women.

Eight days ago, women, children and men marched together in the North End in the 2014 Take Back the Night event, united in their determination to end violence against women.

Only a few days later, two women were slain in Winnipeg.

In both cases, their partners were charged. Neither has been convicted and they are presumed innocent.

Police said Thursday Erwin John Spence, 25, had been arrested and charged with second-degree murder in the death of Jenna Marsden, 27, who was viciously beaten Sunday morning at a family member’s home in the 500 block of Burnell Street. A mother of two young children, Marsden survived two days in hospital but died on Tuesday.

That attack happened a day after Janelle Jirasek, 24, was stabbed to death in her St. Boniface home.

Kyle William Hunter, 25, is charged with second-degree murder as well as attempted murder, attempting to disarm a police officer, possessing a dangerous weapon and failing to comply with an undertaking.

“We send our sincere condolences to the families and loved ones of Jenna Marsden and Janelle Jirasek,” said Mandy Fraser, Take Back the Night co-organizer.

“Men in leadership roles have a lot of work to do in this city working with other men, helping them learn anger management and non-violent conflict resolution. We as a society have a long way to go to make it possible for men to unlearn sexism and misogyny. We need to teach our little boys that it’s OK to cry, that it’s OK to ask for help, and that girls and women are human beings.”

Court records show Spence, Marsden’s partner, is known to the justice system. He was convicted in June 2009 on charges of robbery with violence and uttering threats and was given a one-year jail sentence. There is no prior history of incidents between Spence and Marsden.

Activist Chelsea Cardinal, who spoke at Take Back the Night and performed traditional music with other female leaders of aboriginal communities, said the culture of violence must be changed.

“I don’t know what’s going on, two women in two days, that’s horrible,” Cardinal said. “These ladies were both under 30. Under 30. We need to educate our women, our youth, our men that violence toward women is not OK. We need to educate our young women to make sure they know they have a right to be safe. We need to change our expectations of men and those gender roles so that men know it’s OK to support their women so men have a different way of coping with things.”

“What we do know is that in Canada, half of women have experienced some kind of violence from an intimate partner since the age of 16 and in Canada, every six days, on average, a woman is killed by her intimate partner,” Anuradha Dugal, director of the Canadian Women’s Foundation’s violence prevention program, said in a phone interview from Montreal.

“It’s important to take a moment to stop and reflect. Every one of us in society has a role to play. Let women (who may be in violent relationships) know that we are here for you and we won’t judge you.”

Tina falls through the cracks again 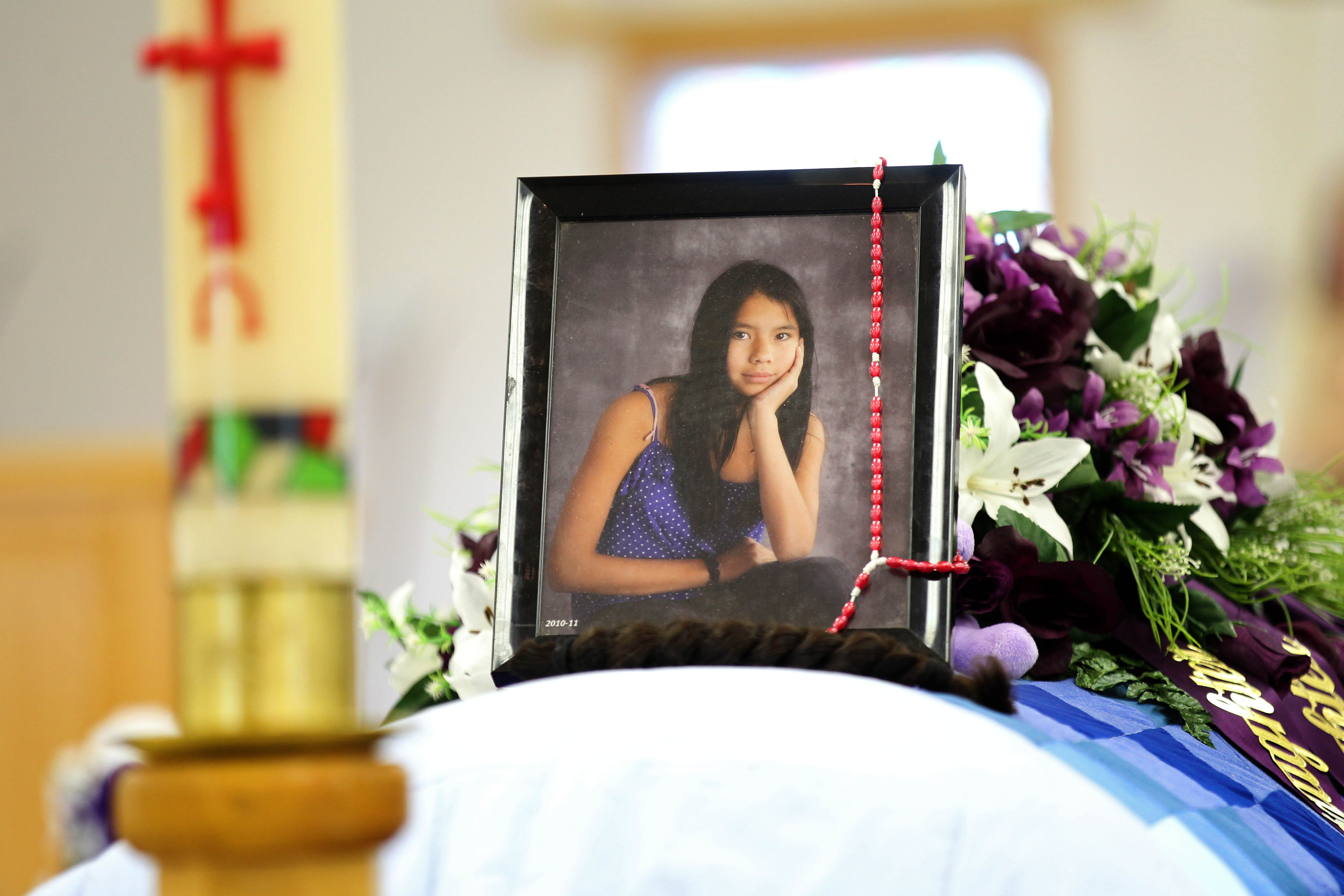