Fighting against the exploiters

Take away demand for what they're selling, survivors tell forum

It's time to go after the criminals who sexually exploit our children, a packed forum of more than 250 people heard Thursday.

It’s time to go after the criminals who sexually exploit our children, a packed forum of more than 250 people heard Thursday.

In order to put sex traffickers out of business, you need to put an end to the demand for what they’re selling, survivors told the sixth annual All Children Matter forum, hosted by the Winnipeg Sexually Exploited Youth Community Coalition.

Society has to buck up and go after the buyers who want sex with kids, said two women who were sexually exploited in their youth and are now advocates and counsellors.

“These johns are the problem,” said presenter Bridget Perrier. “But we’re not talking about the demand for paid sex,” said Perrier, who was first sexually exploited as a youth in care in Ontario when she was just 12 years old. As an adult, she testified at committee hearings on Bill C-36 to criminalize sex trafficking. She said at the time she was threatened by organized crime “to be silent.”

“We need to attack this more aggressively,” said Perrier. The Report of the National Task Force on the Trafficking of Women and Girls in Canada cites RCMP estimates that traffickers in Canada can receive an average annual financial gain of $280,000 for every woman or girl they have trafficked. Court rulings and studies of sex-trafficked adolescents estimate being sexually exploited costs the survivors twice as much — $552,964 per trafficked woman or girl in estimated lost earnings and personal costs, the report said.

Diane Redsky, the executive director of Winnipeg’s Ma Mawi Wi Chi Itata Centre, who headed the task force, said they came up with 34 recommendations to end sex trafficking in Canada, including decriminalizing women and girls who sell and criminalizing those who buy. “We know who the exploiters are but nobody wants to touch it,” said Maroussia McRae, a survivor who was taken by sex traffickers from Winnipeg at the age of 14 and now works as a crisis counsellor at a women’s shelter in Vancouver’s Downtown Eastside.

‘I was invited to a party and went there against my parents’ wishes. It turns out I was the party favour. I was raped, beaten and dropped off in the morning. I was black and blue. I was ashamed. I felt I couldn’t go back to my parents. That was the beginning’

— Maroussia McRae, a survivor who was taken by sex traffickers from Winnipeg at the age of 14

“They say ‘there’s not enough proof’ and then people don’t want to report things… I’m completely overwhelmed and lost right now,” McRae said after receiving a standing ovation from a hometown audience after seeing a video about her story. She also shared her story with the national task force that included 24 experts and visited 10 Canadian cities.

McRae said she came from a middle-class home and had good parents who loved her.

“But then along came these older guys at the mall. They were so smooth. They told me I was beautiful. They would find out the tiny little things in my life I wasn’t happy about and magnify them,” McRae said. “I was invited to a party and went there against my parents’ wishes. It turns out I was the party favour. I was raped, beaten and dropped off in the morning. I was black and blue. I was ashamed. I felt I couldn’t go back to my parents. That was the beginning.”

McRae lived to tell her story, while the mother of a girl missing since 2006 said she stopped wondering if her daughter is alive and has started fighting.

Glendene Grant started Mothers Against Trafficking Humans (MATH) in 2010 to prevent others from losing their daughters to traffickers like she lost her daughter, Jessie Foster. The mother of four from Kamloops, B.C., told the forum in Winnipeg her daughter was smart, friendly and beautiful when she was groomed by a handsome older man who took her on free trips to the U.S., proposed to her, then sexually exploited her. When Grant couldn’t reach her daughter by phone anymore, she confronted her daughter’s “fiancé” in Las Vegas, who wouldn’t tell Grant what had happened to her.

“We need survivors of victims to speak,” said Grant, who’s travelled all over the U.S. looking for her daughter, including Las Vegas, where she put up “missing” posters with Jessie’s photo and met the man who lured her away. Vegas police told Grant he was a well-known pimp but wouldn’t do anything to help her find her daughter.

“These pimps and traffickers are good at their jobs,” said Grant. “How are we taking 12 years of motherhood and fatherhood and then someone can come along and say ‘Are you ever pretty. I can make you a star,’ and boom — they’re gone?” 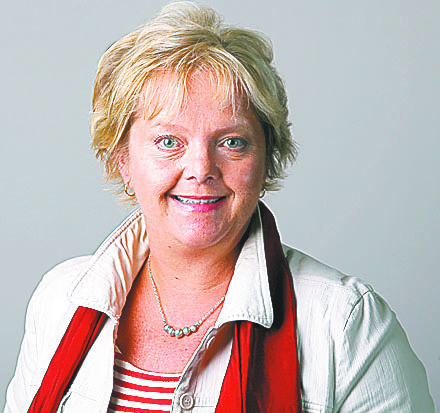 Sexual exploitation by the numbers:

THE age of recruitment is 13 to 14 years old. Traffickers seek younger victims because they are easier to manipulate and control, and because of the high demand for sex with young girls.

As of January 2011, the majority of Canadian sex-trafficking cases involved trafficker-boyfriends, a major shift for Canadian courts that had previously looked for an adversarial relationship to prove the victim was indeed a victim.

The Internet has made it possible for traffickers to enter a child’s bedroom through her computer screen. Evolving online and mobile technology has also made trafficking less visible to the public. Young girls on the street might have prompted public outcry. These girls are now indoors, away from the eyes of police and others who might help them.

Of 160 sexually exploited youth interviewed, the top five risk factors were being female, poor, having a history of violence or neglect, a history of child sexual abuse and a low level of education.

A survey of indigenous women who are survivors of youth sexual exploitation found:

— source: Report of the National Task Force on the Trafficking of Women and Girls in Canada