For the first time in 20 years, a poll of voter preferences suggests the New Democratic Party is in third place in Manitoba.

For the first time in 20 years, a poll of voter preferences suggests the New Democratic Party is in third place in Manitoba.

A Probe Research poll conducted early this month on behalf of the Winnipeg Free Press pegs provincewide support for the NDP at 22 per cent, placing the long-governing party behind both the Progressive Conservatives and Liberals for the first time since the spring of 1995, when Gary Filmon was Manitoba’s premier, Paul Edwards served as Liberal leader and Gary Doer led the official Opposition.

The telephone survey of 1,000 randomly selected Manitoba adults, conducted from Dec. 3 to Dec. 15, found Brian Pallister’s Progressive Conservatives holding on to the commanding lead they’ve held since March, with 43 per cent support of decided voters.

The Liberals, led by Rana Bokhari, are in second place, with 29 per cent of the vote — and a statistically significant edge over Premier Greg Selinger’s NDP, whose support has plummeted from 46 per cent in the 2011 election. The Greens and other Manitoba parties combine for six per cent support. The margin of error is 3.1 per cent.

The poll results suggest it will be extremely difficult for the NDP, elected in 1999, to win a fifth straight mandate when voters select their next government April 19.

“It looks very bad. The trend is bad. If you thought they were going into a headwind before, it’s now a gale-force strength in terms of the distance they have to go,” said Curtis Brown, Probe Research’s outgoing vice-president.

“I think it’s fatigue. They’ve been on a downward trajectory for the last couple of years,” Brown added.

“We sort of thought there would be a floor, but the floor is continuing to break, and they’re going down and down.”

Probe Research, in business for two decades, has never conducted a poll that placed the NDP in third in Manitoba. What appears to be the last poll placing the New Democrats in third was conducted by Angus Reid on behalf of CBC Manitoba in March 1995, during the final days of the Filmon PC government’s second term.

The new Probe Research poll suggests the NDP may remain competitive in Winnipeg in April but runs a risk of being eradicated from the political map in the rest of Manitoba.

In Winnipeg, the Progressive Conservatives lead with 35 per cent of voter support, while the NDP and Liberals both have 29 per cent. The Tories are either the party of choice or statistically tied for the lead in every section of Winnipeg except for the inner city, where the NDP remains the preferred party.

Outside Winnipeg, the PCs enjoy 53 per cent support.

The Liberals are up to 29 per cent outside Winnipeg, while the NDP is the preferred party of just 13 per cent beyond the Perimeter Highway.

The poll suggests Progressive Conservatives are the preferred party for almost all voter demographics within Manitoba.

The Tories are the top party of choice for both men and women, voters of all ages and voters at all levels of education.

The Progressive Conservatives enjoy the support of Manitobans in every income bracket except those earning less than $30,000 a year, who support the Liberals.

The margin of error for the poll sub-samples is much greater than it is for the overall Manitoba sample.

The only potential trouble sign for the Tories is that party support is flat.

After winning 43 per cent of the popular vote in the 2011 election, subsequent polls suggest the PCs have not been able to significantly increase support.

This suggests the only significant voter movement is taking place at the centre and on the left, where a drop in NDP support over the past four years has been mirrored by a Liberal rise.

The most momentum lies with the Liberals, who captured only eight per cent of the popular vote in 2011.

“Voters on the centre-left see them as a viable option,” Brown said. “They’re still getting attention for what they’re announcing, even though the detail isn’t there.”

The question is whether centre-left voters will remain with Bokhari, who doesn’t hold a seat in the legislature. In 1995, the same Angus Reid poll that placed the NDP in third had Edwards’ Liberals in a dead heat with Filmon’s PCs for the lead. In an election weeks later, the Liberals wound up in third place and were reduced to three seats. 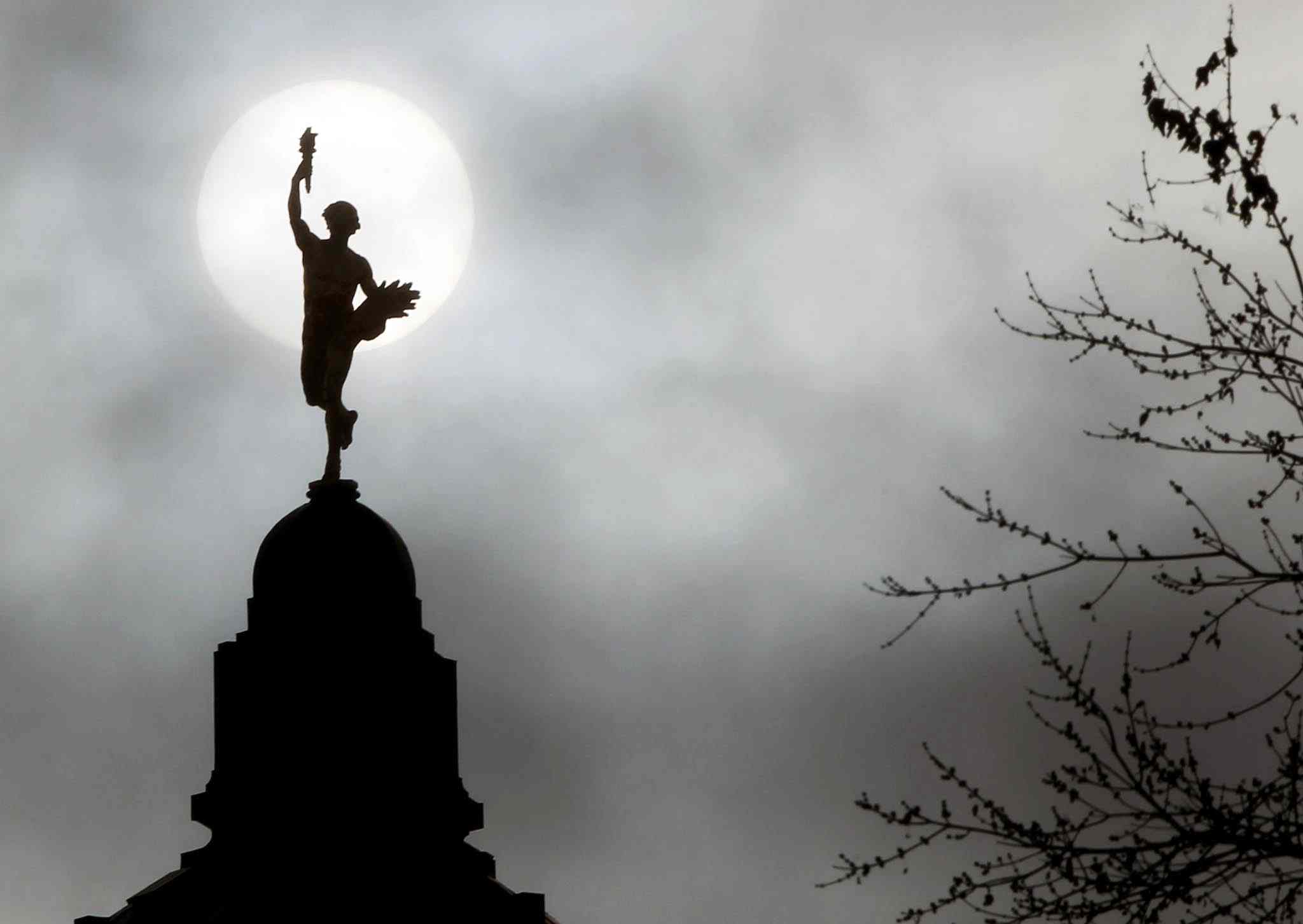 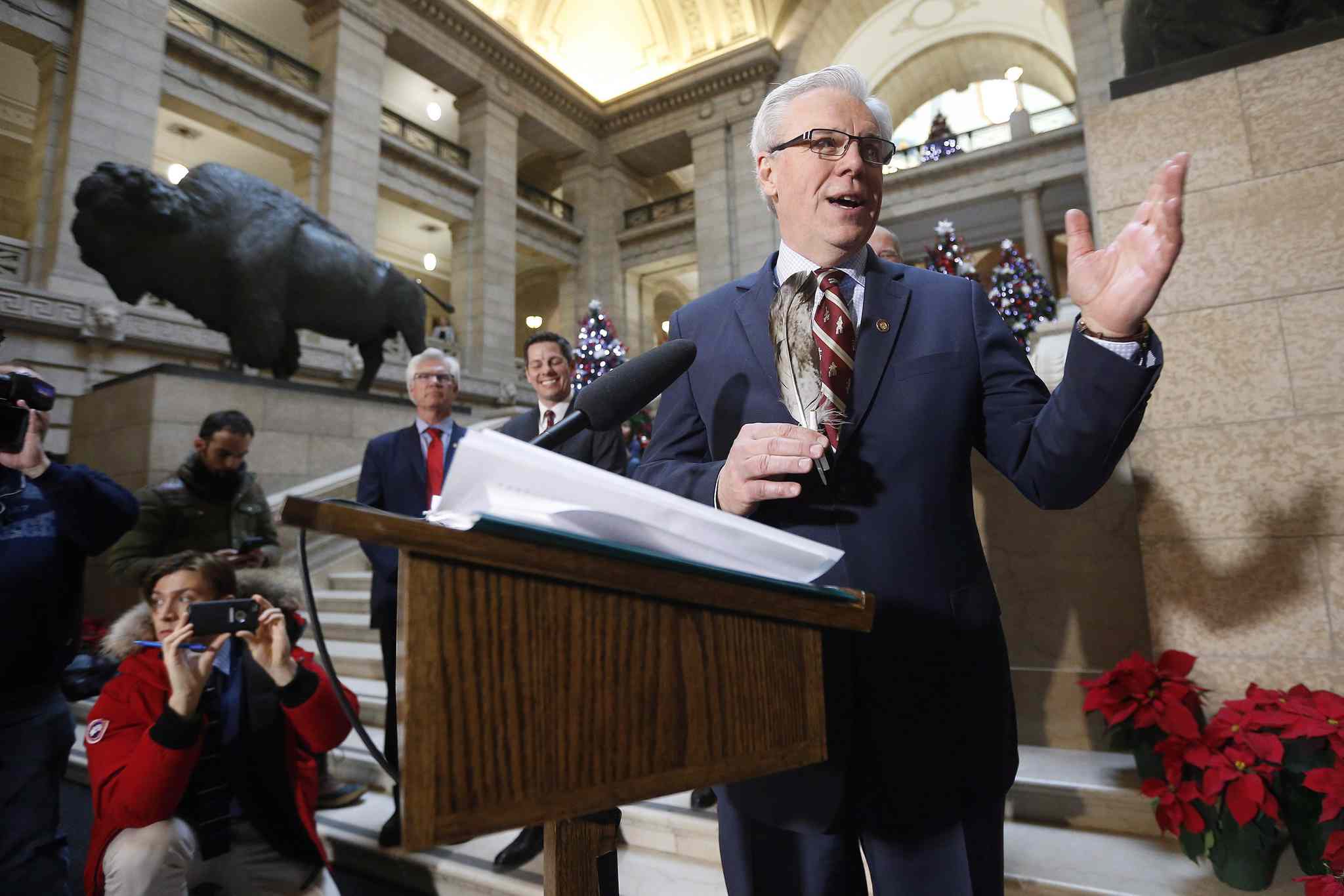 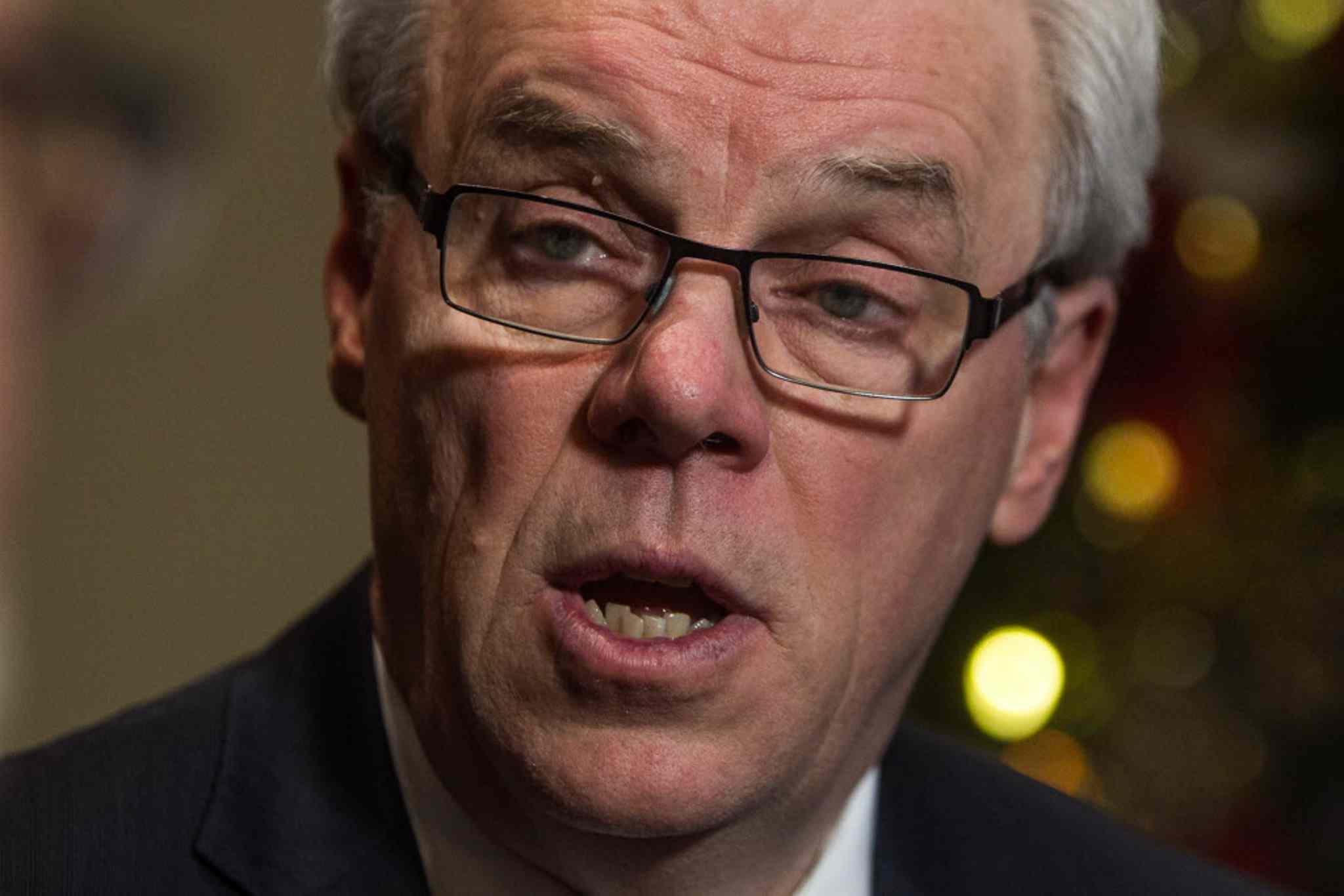 Pallister gets a Christmas present 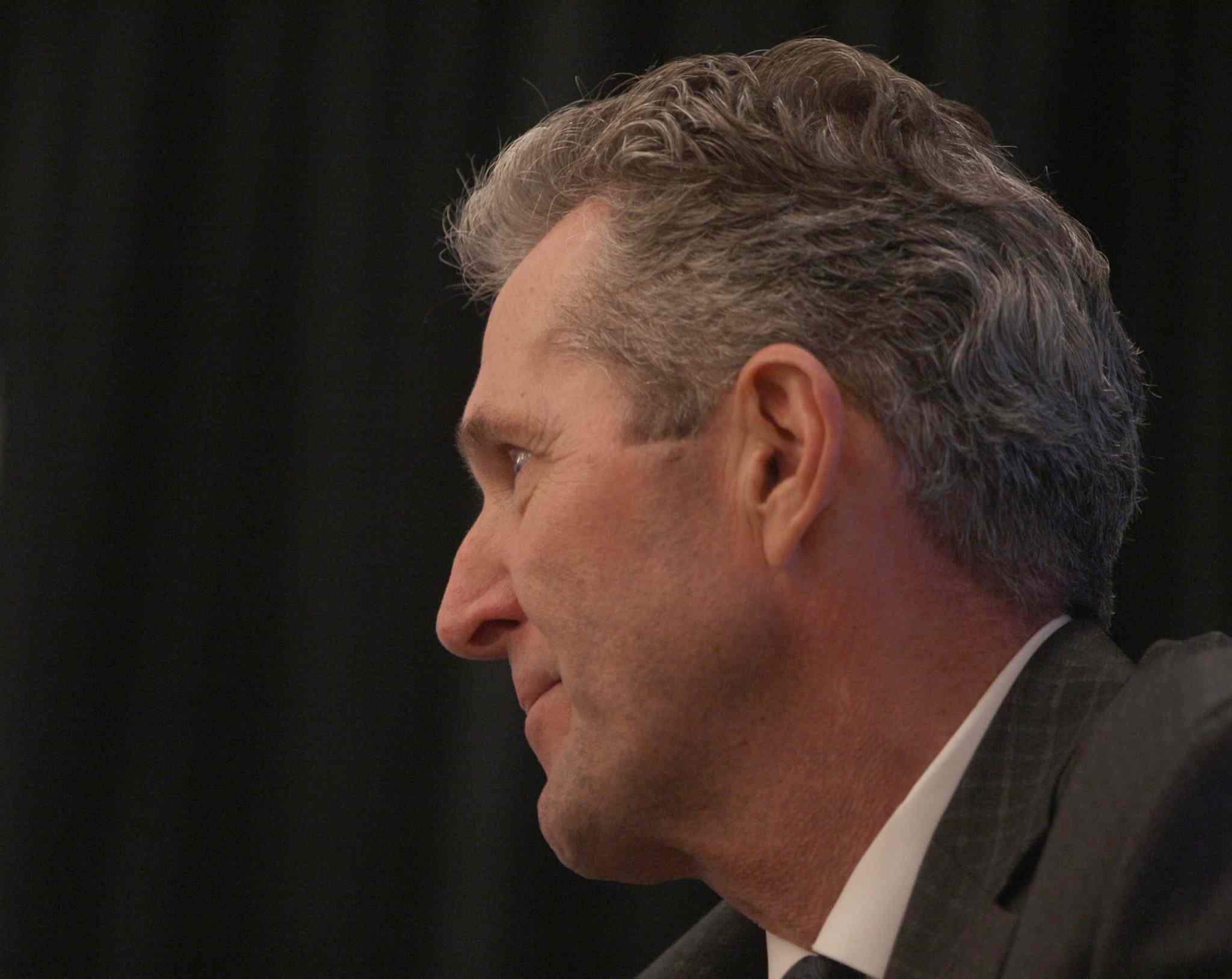 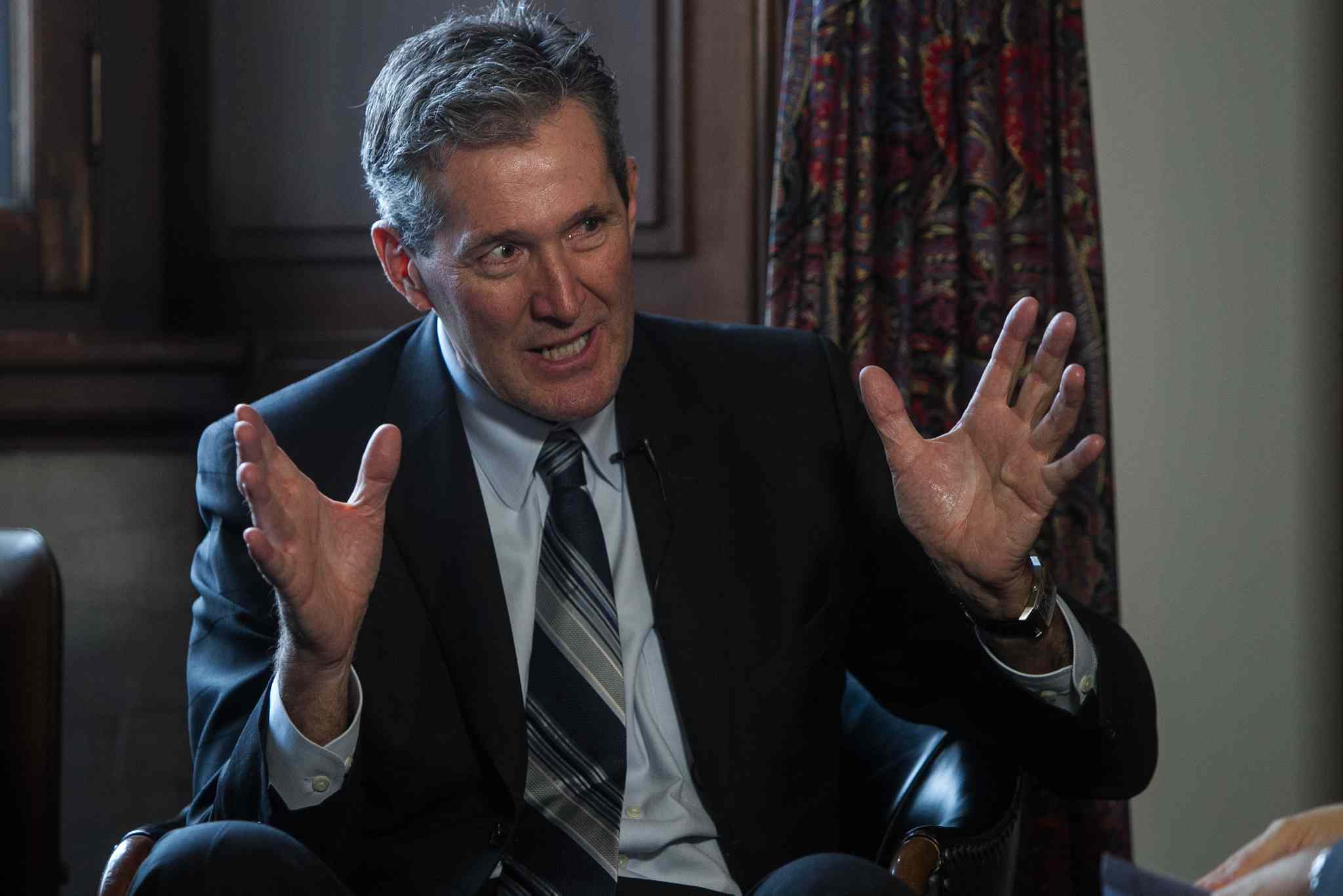 “If a provincial election were held tomorrow, which party’s candidate would you be most likely to support?”

Other: six per cent

Probe Research conducted a random sample of 1,000 Manitoban adults from Dec. 3 to Dec. 15. Minor statistical weighting by age, gender and previous voting intention was conducted to ensure the sample corresponded with the demographics of the province as a whole. There is a 95 per cent certainty the results are accurate within a margin of error of 3.1 per cent.