Flooding from the weekend’s rain was almost up to his unfinished cottage’s floorboards.

“I may be a curse to this lake,” said Fehr, who was sandbagging his cottage Monday, with help of provincial park staff.

From 82-year-old John Bartley of Rennie, to people who have had cabins in their families nearly as long, no one has seen rains, followed by flooding, in the South Whiteshell like that of last Friday night and Saturday morning.

Bartley, who lives in Rennie, pumped 100 gallons of water out of his basement. “My rugs are washed and are drying out right now,” Bartley said, adding he’s already lost his trapping cabin to fire on South Cross Lake earlier this year.

Fehr and neighbour Keith Dixon may have the worst problems. Caddy Lake has risen over two metres since Friday, according to Manitoba Sustainable Development figures. Water is up to Dixon’s cottage floor.

Dixon, a Winnipeg firefighter, was at his cottage all weekend watching the waters inch closer and closer to his cottage until it came up to the floorboards. He is on two-foot-high pilings but that wasn’t enough.

To compound matters, water rushed in from the road opposite the lake through a partially blocked culvert. The force of the fast-moving water funneled through a narrow culvert knocked pilings out the side of his cottage. His boathouse was also knocked off its pilings.

Dixon has told the provincial parks the area needs a larger culvert and a proper channel for the past five years. Sustainable Development was preparing to bring in tiger dikes to seal off his home, and pump out the water inside.

Many docks are submerged, and some boathouses have been knocked off their pilings, said Geoffrey Smith, Manitoba conservation officer.

At Faloma Beach Marina on Falcon Lake, personal water crafts were floated off trailers, two boats sank from the weight of so much rain water, and the dockside convenience store was in water. The machine shop also had six inches of water inside.

Marina owner Alec Young said the lake had risen two feet so far. “Whenever you get a heavy rain, it takes three days for the lake to crest,” he said. “It was a helluva rain” of 5 1/2 inches.

He predicted a quiet Canada Day long weekend because boaters won’t be able to get out. Either their docks are under water, or boathouses are half-submerged. That will dampen what is normally the best weekend of the year for beach businesses, he said.

On Highway 307, from Highway 44 to Brereton Lake, the highway has been washed out at a CPR crossing, forcing traffic to drive in from Seven Sisters. However, provincial highways are hoping to have the road back up by Wednesday afternoon. The trains are still able to get through.

Three washouts between Rennie and Caddy Lake were being worked on Monday. No word on when they could be passable. Caddy Lake can be still accessed from West Hawk Lake on Highway 44.

Richard Marshall, of Rough Country Tree Services in Rennie, said high winds in the next week or so could down some trees. “Any time you get high winds with the ground super-saturated, that’s when trees come down,” he said.

Too early to apply for redress for Whiteshell flooding 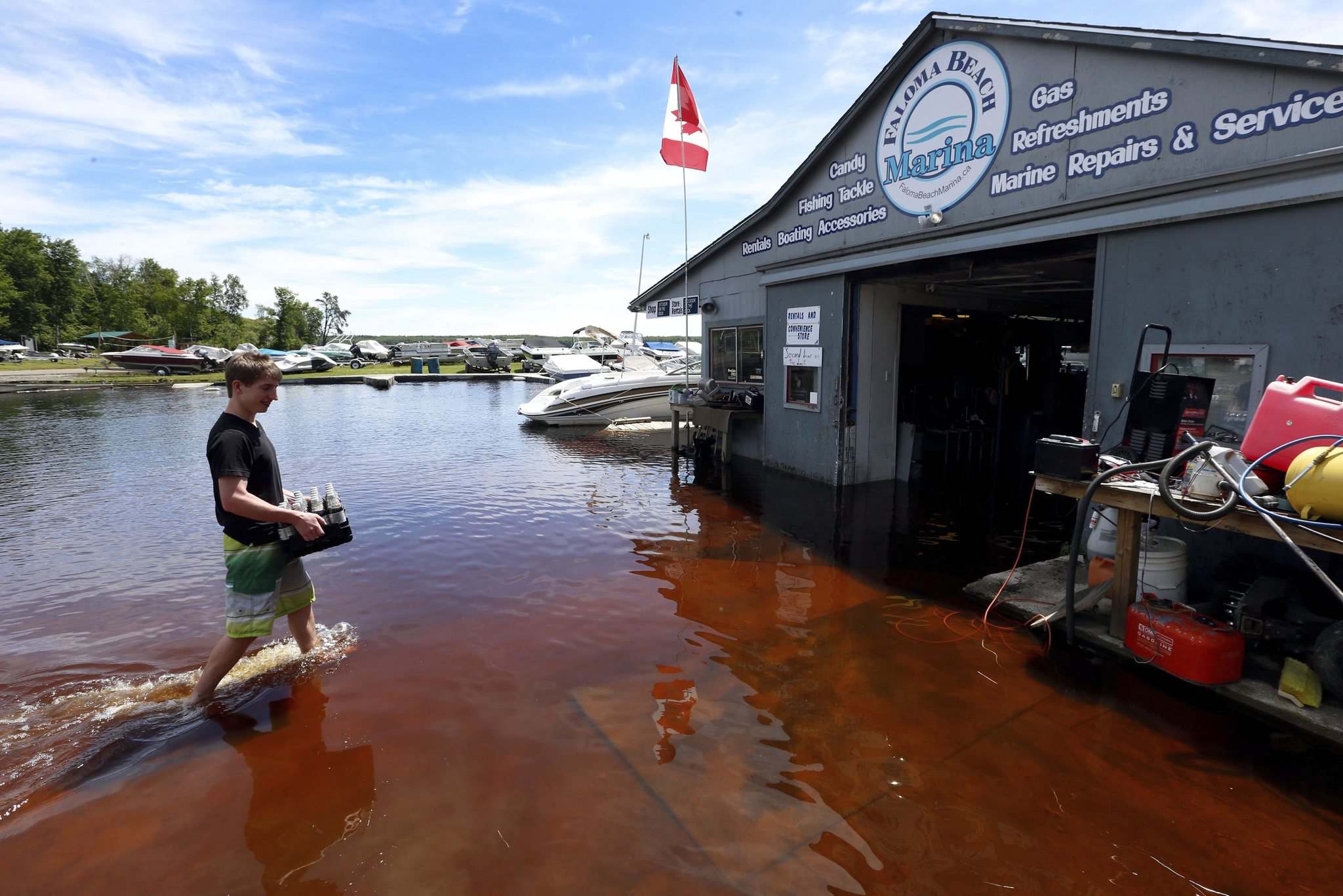 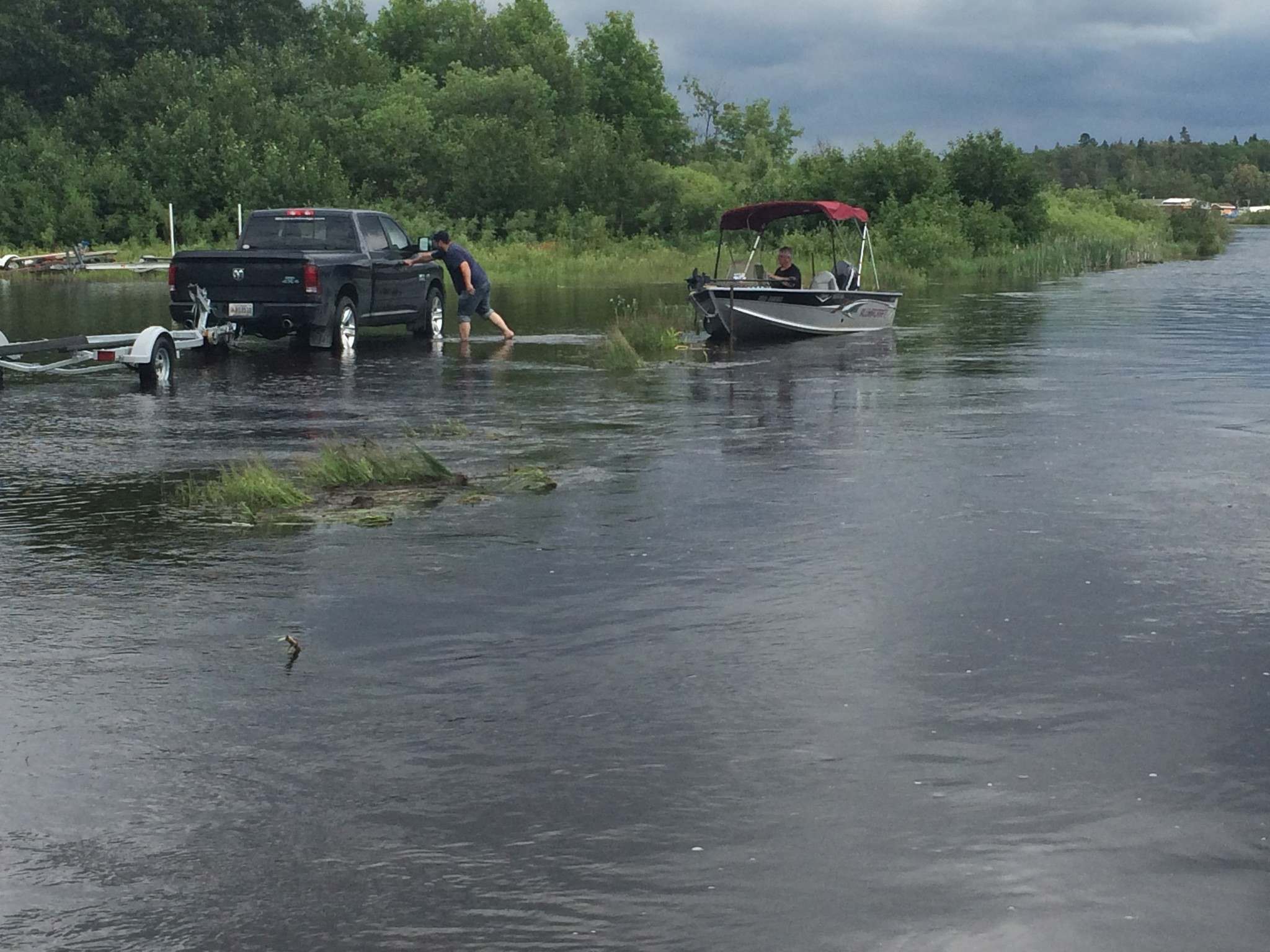 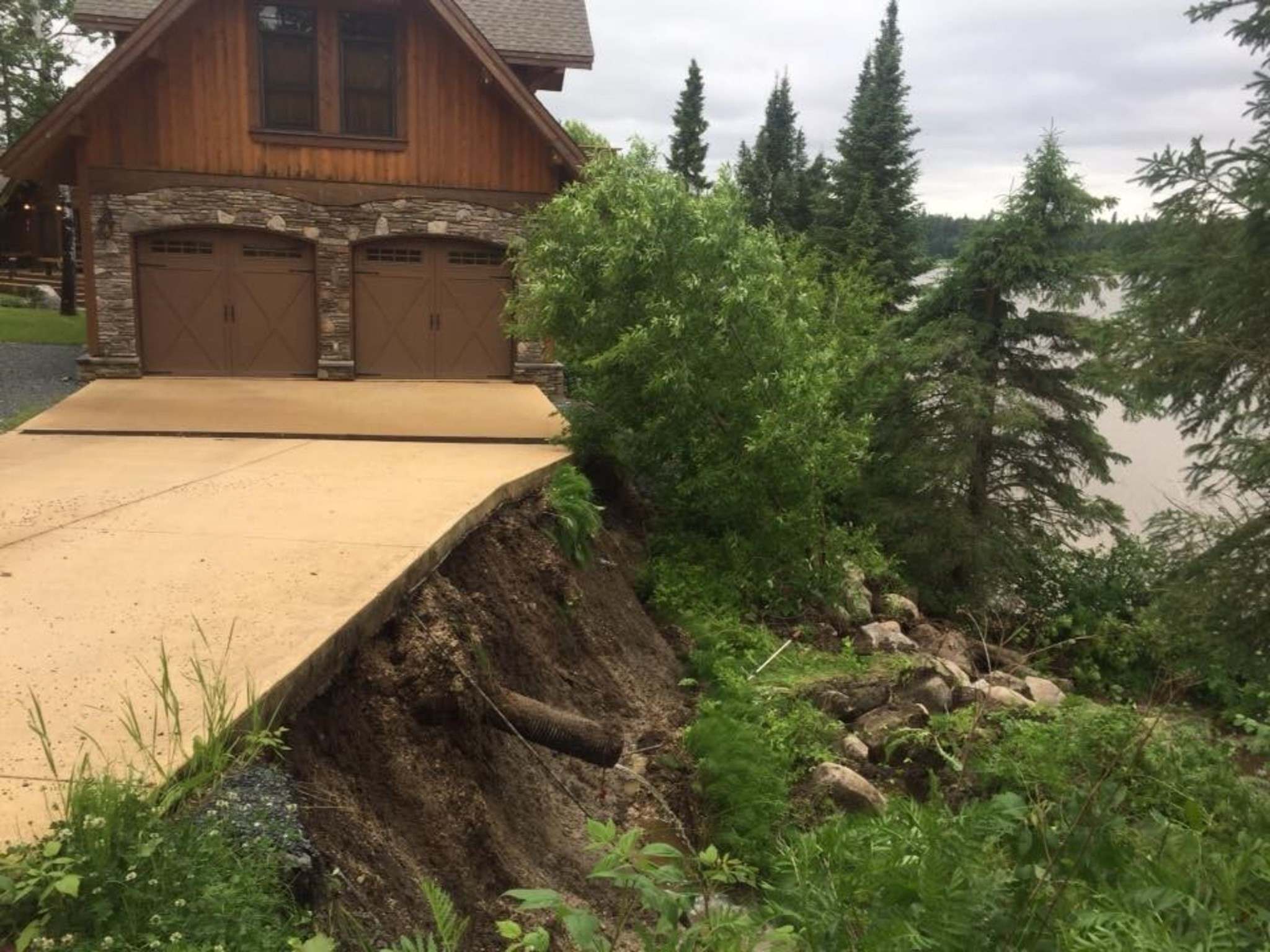