Concerned students, outraged at the high cost of tuition and growing debt levels they face trying to pay for school, will march to the legislature today at 12:30 p.m.

Concerned students, outraged at the high cost of tuition and growing debt levels they face trying to pay for school, will march to the legislature today at 12:30 p.m.

Students will gather at noon in front of the University of Winnipeg and proceed to the legislature to bring attention to issues surrounding post-secondary education such as accessibility, affordability and quality.

The event is being organized by the Manitoba branch of the Canadian Federation of Students.

A program at the main legislative building will begin at 1 p.m. with an array of speakers including Sadie-Phoenix Lavoie, the CFS Local 8 Representative and the Manitoba & VP External of the University of Winnipeg Students Association; University of Manitoba Faculty Association president Mark Hudson, Saif Baloch, the International Students Commissioner from CFS Manitoba; president of the Manitoba Federation of Labour Kevin Rebeck and CFS Manitoba chairman Michael Barkman.

The event is one of several being held across the country and, by coincidence, is being held one day after the U of M professors and other members of the U of M Faculty Association went on strike.

“Across Canada, students and the community are joining together to tell all levels of government that they cannot turn their backs on students any longer. We need government to do more to make post-secondary education more accessible and affordable for all those who wish to pursue it,” Barkman said in a press release. “We are putting student issues on the table for the future of Manitoba and our country.”

In his statement, Barkman referred to recent speculation that the Manitoba government is considering raising tuition across Manitoba to keep pace with the national average.

He said post-secondary students in Manitoba are already being left behind by “skyrocketing debt levels, increasing tuition and systemic barriers.”

“A jump to the national average would see Manitoban student tuitions increase $2,000-$2,500 more per year,” he said in the statement. “Unregulated tuition fee increases will slam the door of opportunity for many Manitobans. We need strong, stable public funding for post-secondary education in Manitoba.”

Barkman said the benefits of a well-educated society benefits benefits all citizens because fewer people need to be dependent on the social welfare, the justice and the health care system.

“Students are fighting for their ability to pursue education for the greater good of society,” Barkman stated.

The Canadian Federation of Students – Manitoba represents approximately 45,000 students from the University of Manitoba, University of Winnipeg, Brandon University and l’Université de Saint-Boniface. 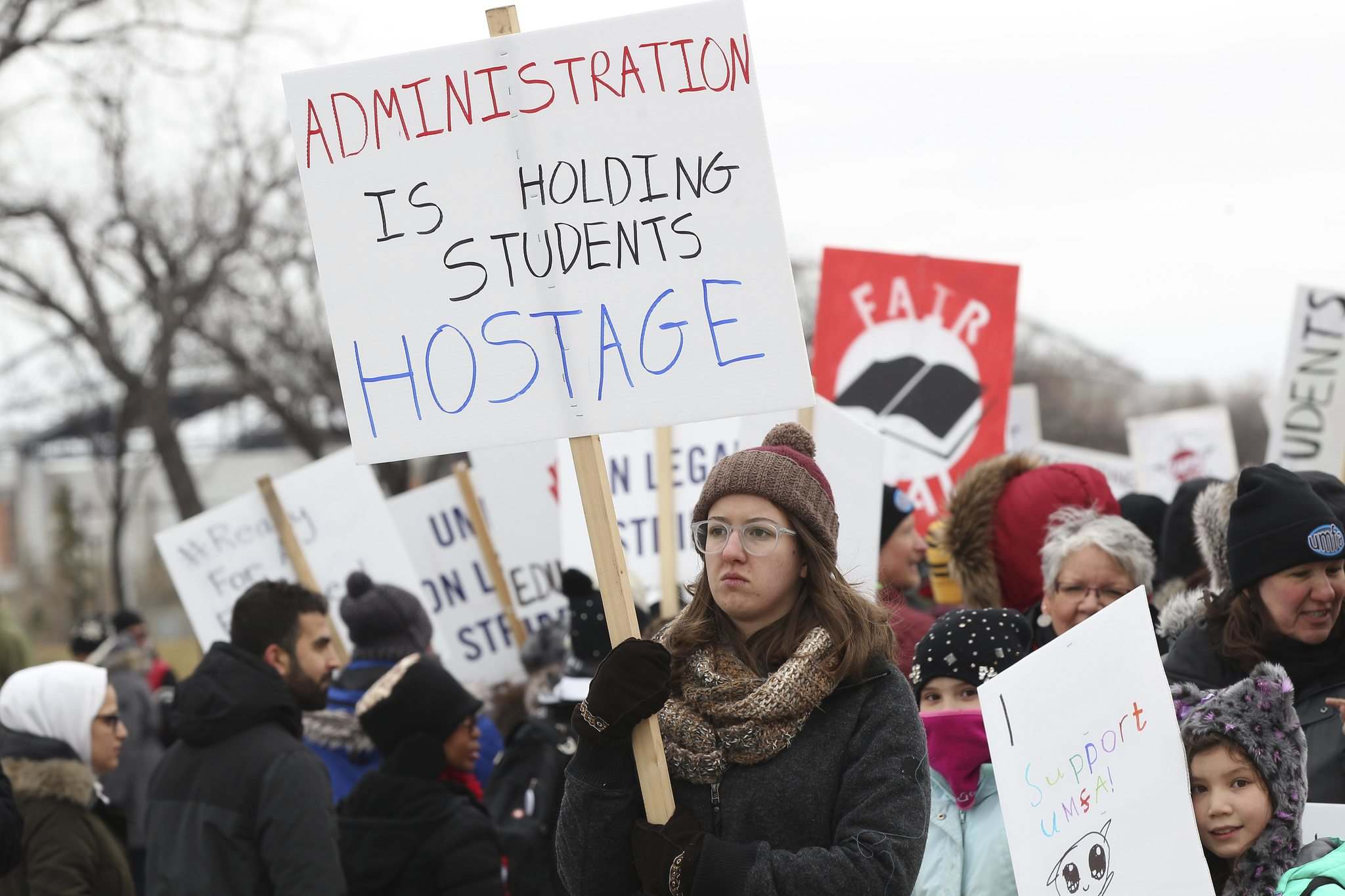 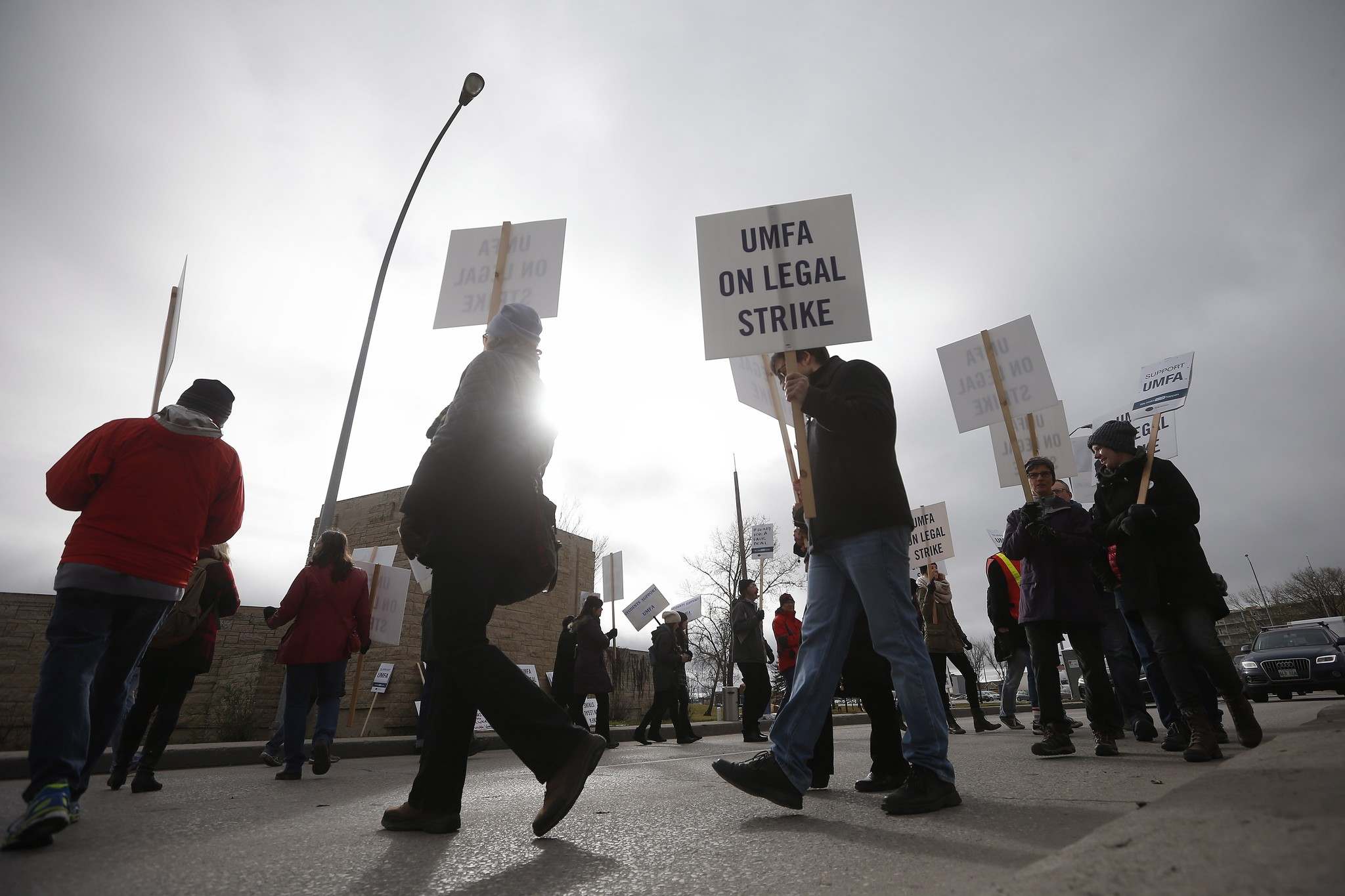 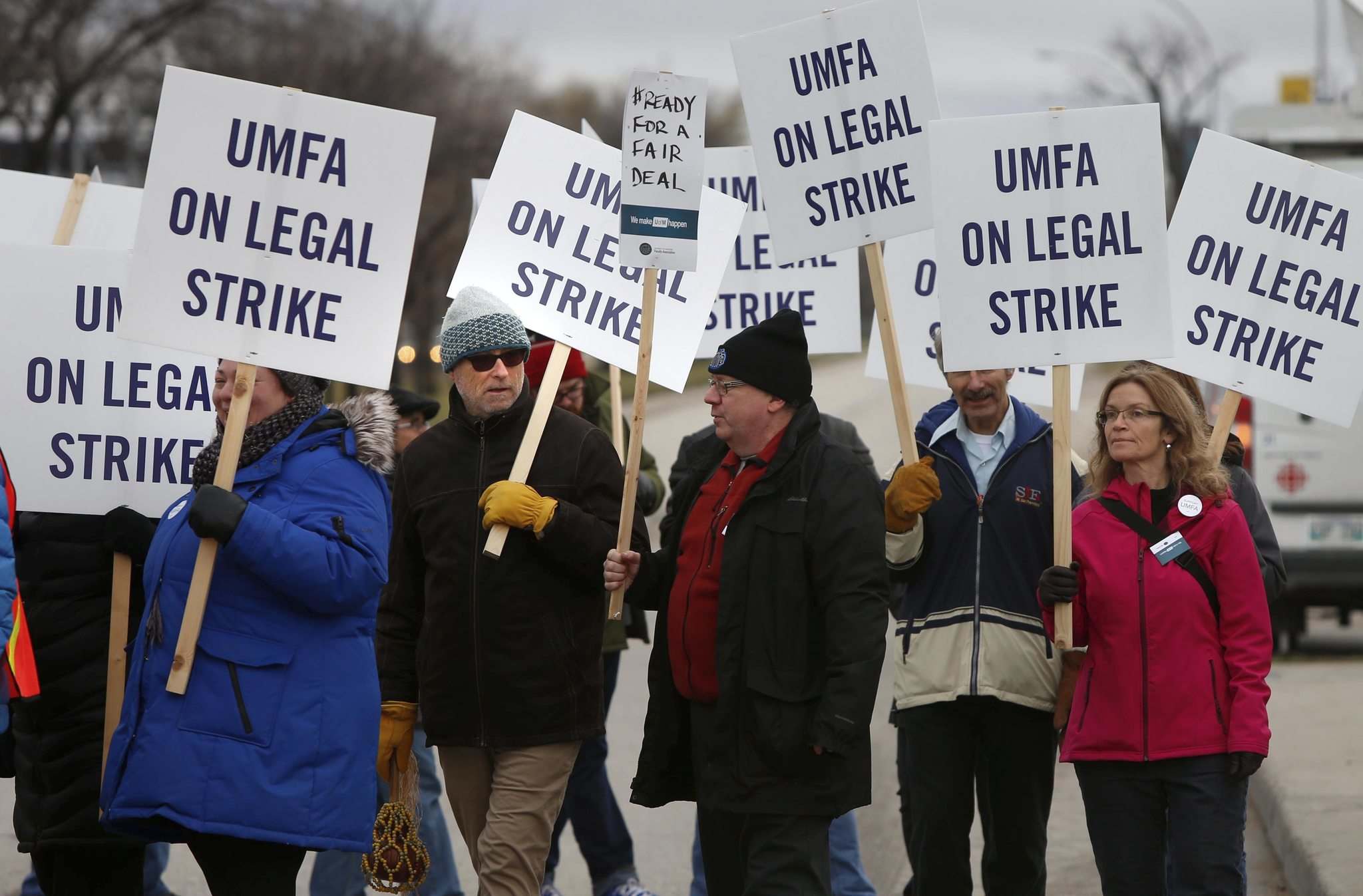