Twenty-four Manitobans have died with the legal assistance of doctors since the service started last March, double the number health officials predicted would request assisted dying.

Twenty-four Manitobans have died with the legal assistance of doctors since the service started last March, double the number health officials predicted would request assisted dying.

To accommodate the unexpected demand, Manitoba has increased the number of doctors who are willing to help the terminally ill to die, adding four more physicians to the three who had initially been named to its Manitoba Assistance in Dying team (MAID).

The majority of the two dozen patients who were successful in their request to die were cancer patients older than 65 years or older. Initially, Manitoba expected there would be about a dozen deaths a year.

In total there have been 102 requests for the service.

“We really weren’t sure when we started in February of 2016, what to expect,” said Dr. Brock Wright, vice president and chief medical officer for the Winnipeg Regional Health Authority (WRHA).

“A real guesstimate was made that maybe one patient a month would go all the way through the process and actually request the procedure,” Wright said.

The MAID team travels where patients are located, but health officials won’t say where outside Winnipeg the team has delivered the service, out of a sensitivity that people in small towns could be identified.

The locations cover hospitals, personal care homes and private homes, although some facilities with faith-based objections have been granted exemptions from performing the service. Winnipeg hospitals that have exercised the right to be conscientious objectors are St. Boniface General and Concordia as well as Misericordia Health Centre.

Even as they ban the service, however, these facilities have agreed to respect the right of patients to choose it. The WRHA has printed up cards with information doctors can hand out, and a bilingual card is also in the works. They resemble over-sized post cards, about five inches by seven inches. The cards ease the ethical concerns of doctors who oppose the service and still allow patients to act on their wishes.

The law requires a physician or a nurse practitioner to administer the final injection.

In all the Manitoba cases, the doctor has been accompanied by a nurse and a social worker on the provincial team to provide the patients and families with psychosocial support, Wright said.

The actual injection is a combination of drugs, the names of which health authorities aren’t disclosing to the public. Every patient and their family is thoroughly briefed on what the drugs are to be used. Once the drugs are delivered, death follows in less than an hour, sometimes in as little as 15 minutes.

The MAID team started with three physicians, two nurses, two social workers and two pharmacists. It now has seven physicians, including two in rural areas that health officials won’t name to protect the identity of patients who live in small towns. Three of the doctors are bilingual.

“What I really need to stress is all the physicians are doing this part time. These are people with other roles in the system and they’re not full-time doing this. I don’t see this as a full-time role,” Wright said.

Even the team leader, Dr. Kim Wiebe, spends about half her time on medical assistance in dying and she has the largest time commitment, Wright said.

In February 2015, the Supreme Court ruled that patients in unending pain had the right to end their lives with the help of a doctor. Manitoba developed a formal policy, modelled on guidelines established by the College of Physicians and Surgeons of Manitoba to allow the practice without a court petition. 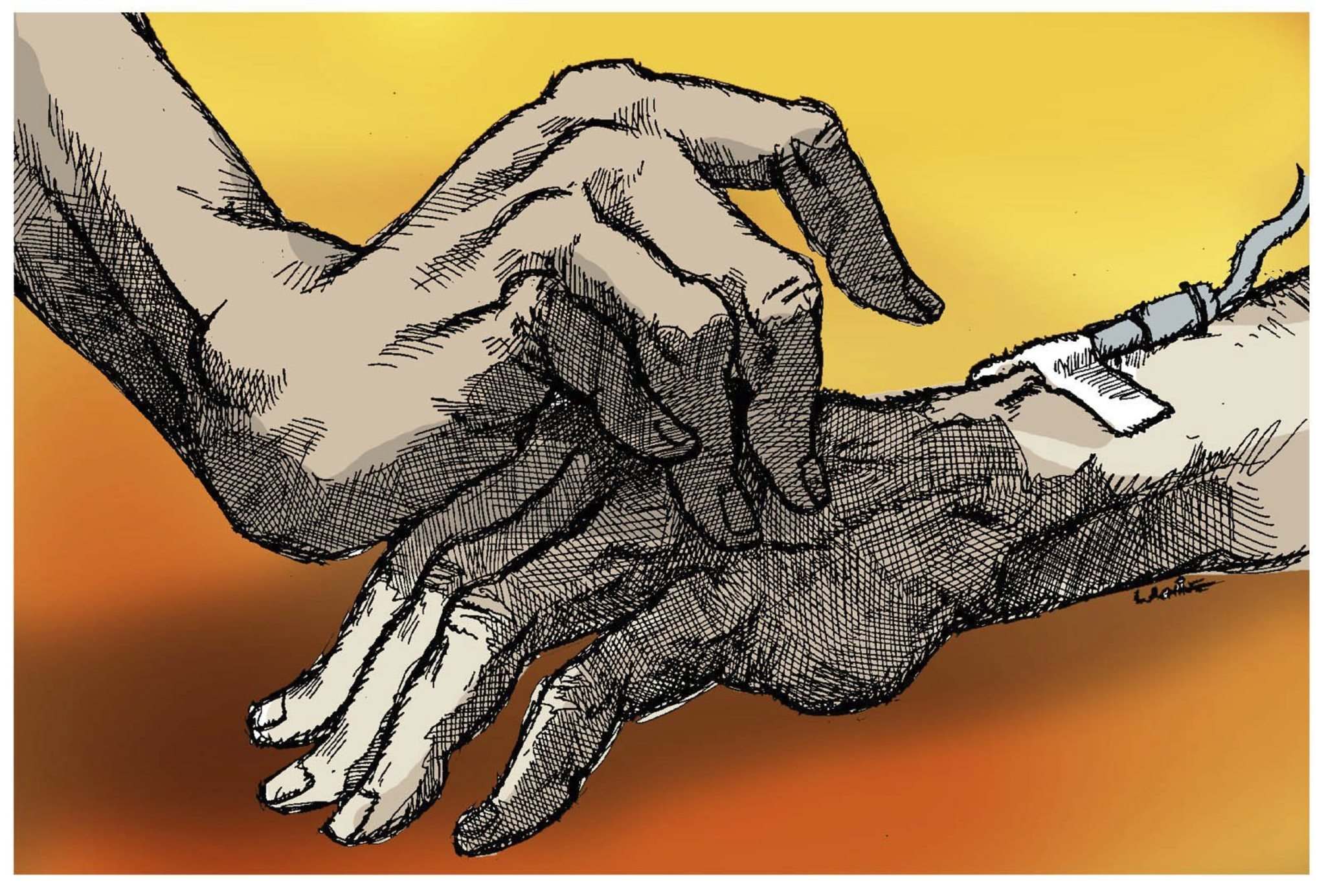 The process begins with a patient making a formal written request and it includes separate assessments involving two different physicians who determine if a patient is eligible.

The earliest a patient can have the procedure is 10 days after the written request.

The medical diagnosis has to be terminal, with death defined as “reasonably foreseeable.”

Doctors must be satisfied the patient has been offered whatever medical options are available, such as palliative care or medication for chronic pain, even if they turn them down.

The patient must confirm their suffering is intolerable.

Doctors must be satisfied the patient is not suffering a mental illness and is legally competent to consent.">

The numbers on assisted dying since last March when Manitoba courts granted the first request, compiled by the Winnipeg Regional Health Authority.

102 patients or their relatives had contacted the MAID team as of Jan. 6.

24 requests were approved and carried out, including three court-approved requests.

18 requests were in Winnipeg, six others in rural locations that the province says privacy laws prevent the WRHA from disclosing.

14 requests were performed in the patient’s own home. Nine were in hospital and one in a hospice.

28 patients died before the process was finalized.