More than 70 Long Plain First Nation residents forced to evacuate because of overland flooding and a swamped access road could soon return to their homes, chief Dennis Meeches said Monday.

More than 70 Long Plain First Nation residents forced to evacuate because of overland flooding and a swamped access road could soon return to their homes, chief Dennis Meeches said Monday.

“It’s drying up pretty good now, so I’m going to be recommending they return home this week, perhaps Tuesday (or) Wednesday,” Meeches said, adding the decision will be made with an eye on the local weather forecast.

Meeches said Long Plain and Red Cross representatives had discussed allowing the more than 70 reserve residents staying in a Portage la Prairie hotel to return home last week, but decided to wait through the long weekend just to be certain.

Long Plain — located 15 kilometres southwest of Portage la Prairie, with some 2,400 on-reserve residents — will make an emergency funding application to have the culprit road upgraded to prevent future issues, the chief said.

“There has been problems with it year after year. This was a little bit worst than previous years,” he said, adding it was the first time residents had to leave that particular neighbourhood on the reserve due to water issues. “If we can upgrade the road and get proper drainage there, I don’t think, in years to come, we would need to evacuate.”

Environment Canada is forecasting a chance of showers, followed by periods of rain, for the Portage la Prairie area Tuesday through Thursday.

The news was not as good Monday for the 229 members of Peguis First Nation being lodged temporarily in a Winnipeg hotel because of overland flooding on the reserve, about 140 kilometres north of Winnipeg. It will be weeks before they can get back to their homes, chief Glenn Hudson said.

“The water has just subsided this past week, and with the heavy rain and snow (Sunday) there were a couple more washouts,” he said. “That’s how fast we can flood, depending on the rain.”

Peguis officials are “waiting to have water tested — septic, sewage — to make sure things are operating properly within the homes. That usually takes a week to do,” Hudson said. “We have to do all these tests before people are returned to a safe environment and a functional home.”

With roughly 300 homes affected on the reserve of 4,800 residents, “we are in the middle of the process,” he said.

The work will continue even after residents return, he said.

“Mould is going to be a health issue for people coming back,” he said. “Residences have gotten wet and (are) surrounded by water and that’s something we need to address longer-term.”

He said the near-annual evacuation is difficult for the First Nation’s residents, some of whom have now spent almost three weeks in hotel rooms.

“We are a community that wants to see growth, wants to see our economy develop and create opportunities,” he said. “But when we have this happening, it is hard to do that.”

Meanwhile, in province’s northwest, more than 100 residents of Opaskwayak Cree Nation were forced to leave their homes in The Pas area on the weekend because of the threat of flooding caused by river ice jams, the Canadian Red Cross said.

The Red Cross said it is working (on behalf of the federal government) with OCN leadership to provide lodging, food and additional support services to the 107 evacuees, who are staying in hotels in The Pas.

The ice-jam-related flood warning continued Monday for the Carrot and Saskatchewan rivers around Opaskwayak Cree Nation, the province said.

Regular flooding in southwest costs millions — and so far, solutions are coming up dry 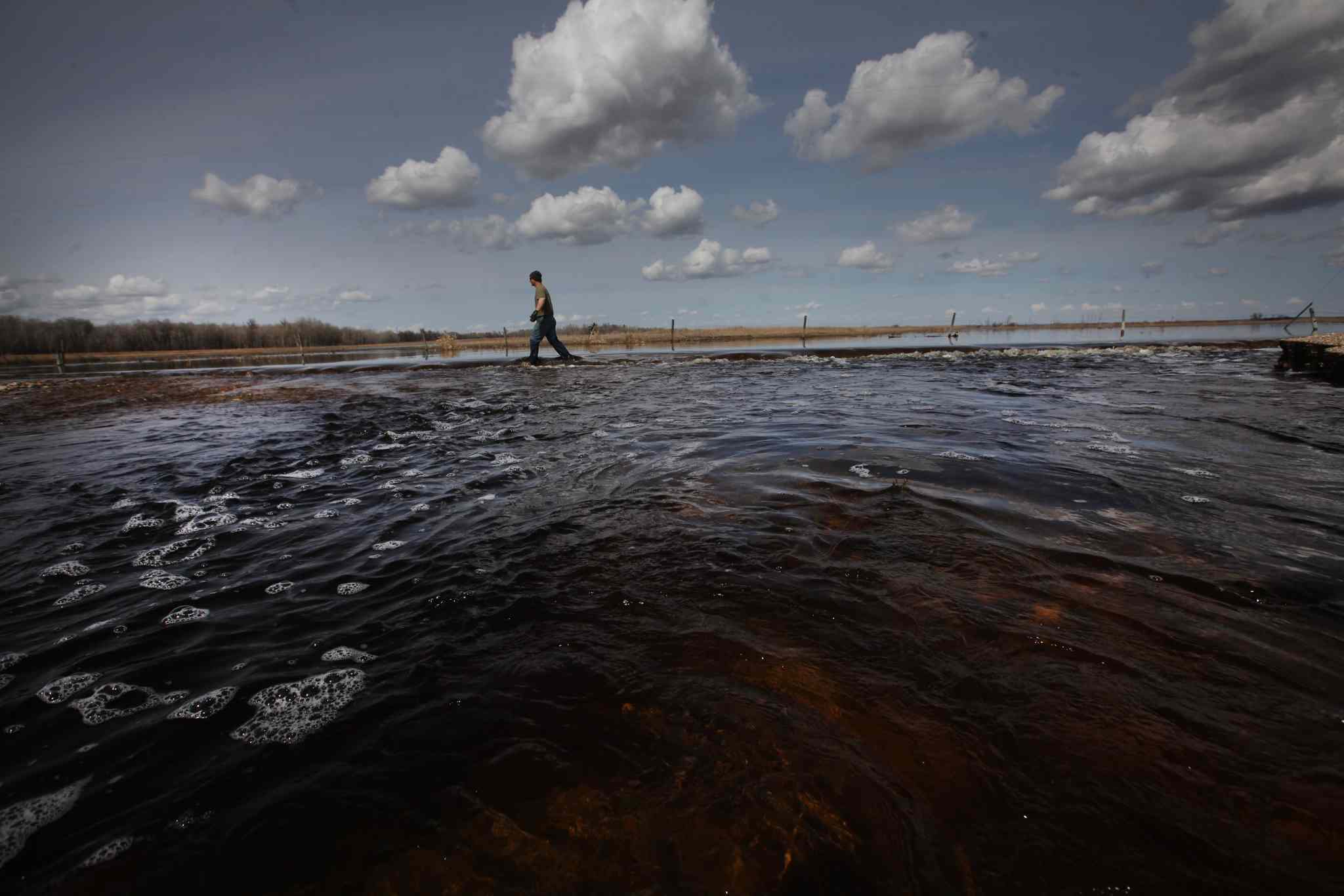 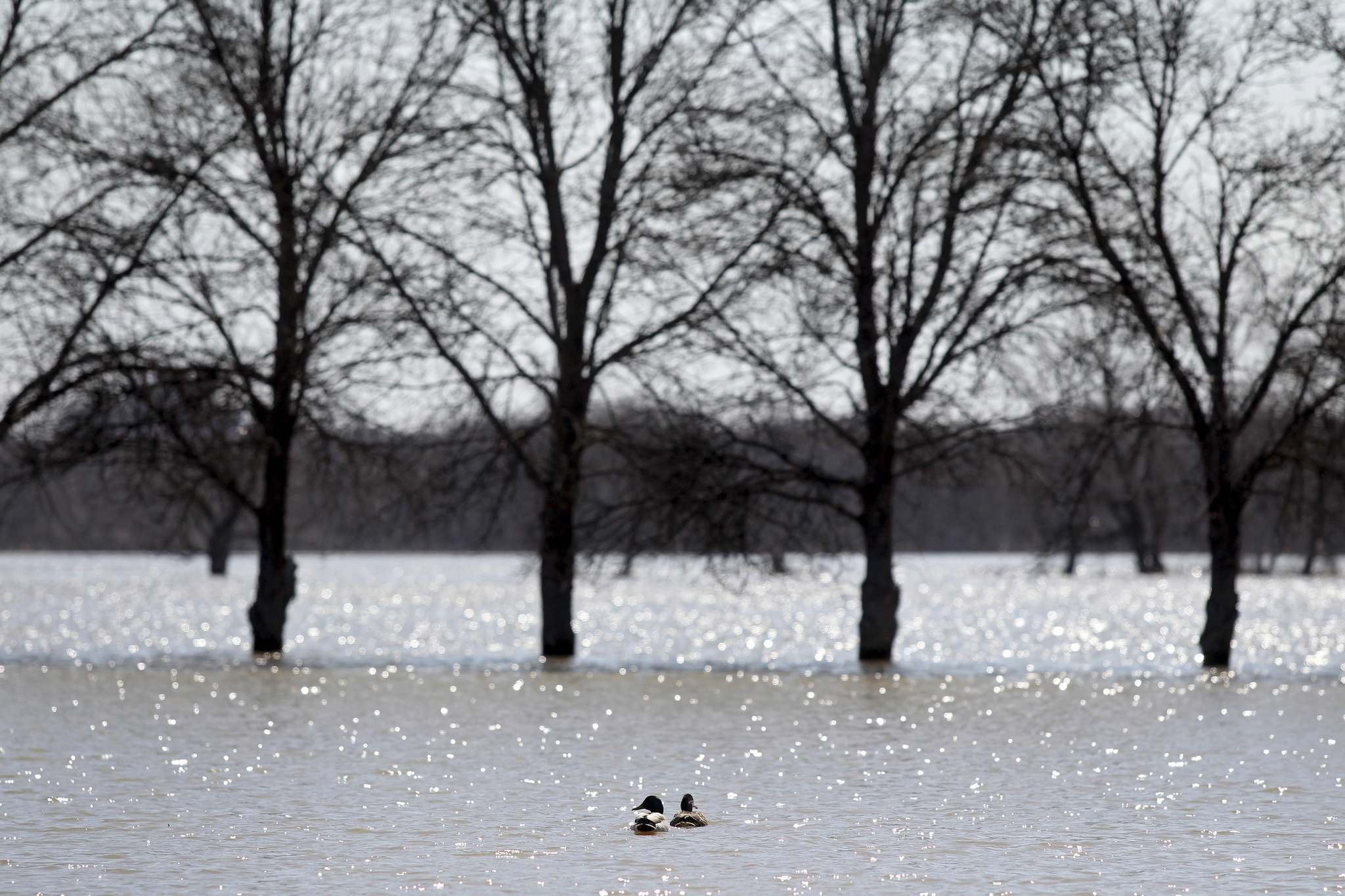