‘How cool is this?” Yoga in an ice castle

During what felt like the calm before a snowstorm, dozens gathered inside the frozen walls of the Ice Castles at The Forks Sunday morning to practice yoga and raise money for polar bear conservation.

During what felt like the calm before a snowstorm, dozens gathered inside the frozen walls of the Ice Castles at The Forks Sunday morning to practice yoga and raise money for polar bear conservation.

“This is a first,” said Elizabeth Honey who was on mat next to her friend Lauren Whittaker at Yoga on Ice. It definitely was not hot yoga, with the temperatures hovering near 0 C at about 10 a.m. when the event began under an overcast sky. The women, who were in their 20s, said they were there to support a good cause and to try outdoor yoga in the winter.

“You don’t usually wear jackets and shoes,” said Whittaker, sitting on her mat bundled up waiting for the session being led by instructor Kailey Lefko to begin.

“How cool is this?” Lefko asked the more than 60 participants.

Lefko volunteered her time to lead the hour-long class sponsored by lululemon, said event organizer Kal Barteski. The Ice Castles exhibit donated the space for the fund raiser that supports communities close to the bears, said Barteski who started the Polar Bear Fund two years ago.

She thanked the yoga practitioners as they lined up earlier to enter the site and stuffed $5 and $10-bills into a manila envelope for the Polar Bear Fund.

Hosted by the Winnipeg Foundation, the Polar Bear Fund supports “small, meaningful projects that honour polar bears on an annual basis,” its website says. Rather than channeling funds to larger organizations, the Polar Bear Fund is designed to enhance smaller, more innovative ideas and fund them quickly, it said. “The fund’s advisors will assess the potential and need of proposed initiatives with a focus on community-driven polar bear projects.”

Northern Manitoba is home to the western Hudson Bay population of polar bears and the Churchill region is home to the largest polar bear migration in the world, the Manitoba-based fund says. “It is our responsibility to advocate as leaders in thoughtful polar bear understanding, management, research, and ultimate conservation of the species.”

The Ice Castles exhibit ends Saturday. While rising temperature were causing a steady drip-drip-drip from its icicles, the spectacle and most of southern Manitoba was expected to get hit by a major dump of snow starting Sunday afternoon. An Environment Canada snowfall warning said to expect between 20 and 25 centimetres of snow.

Find out how much snow you've shovelled so far this season 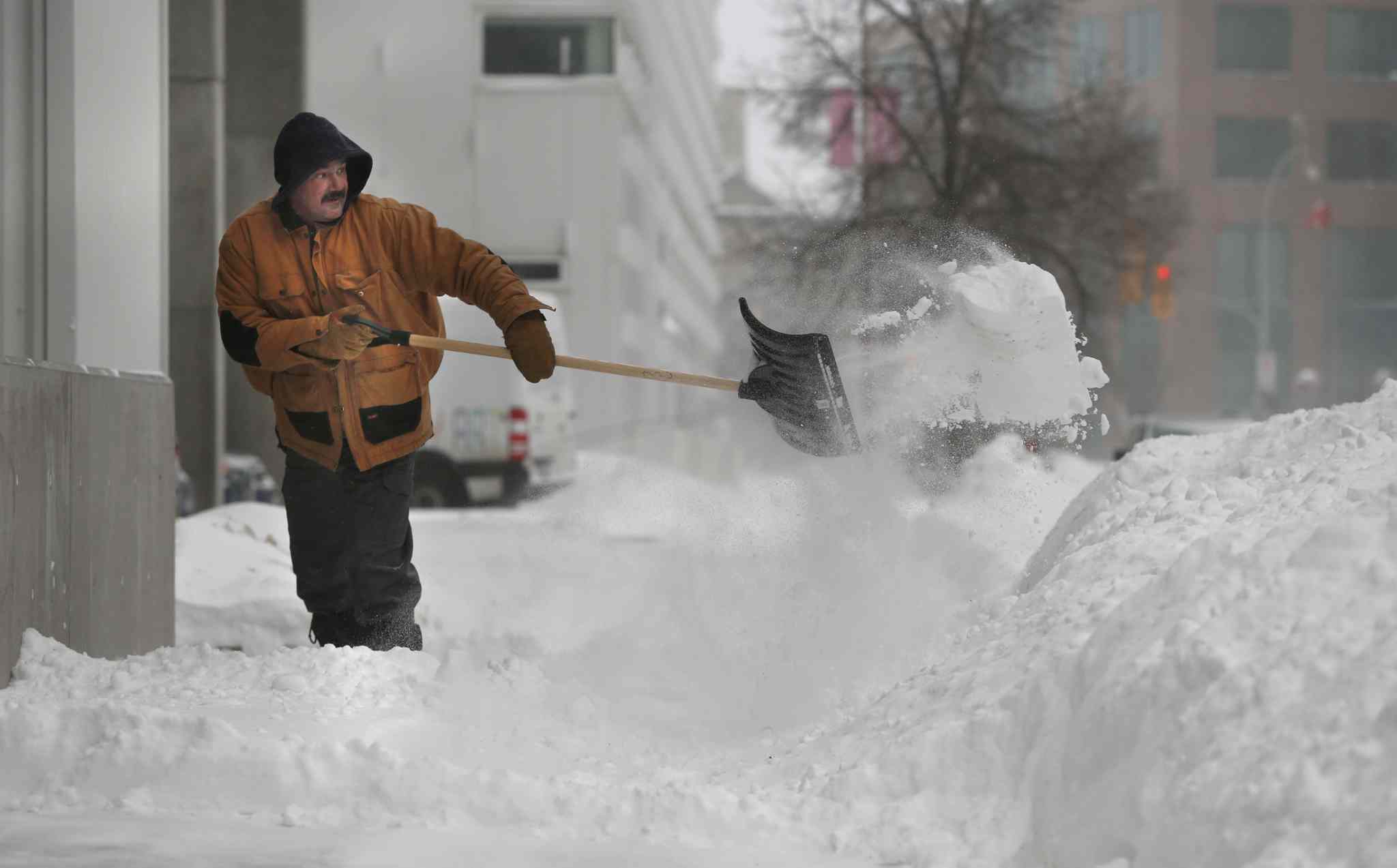