A Winkler restaurant owner believes the number of would-be diners who try to flout COVID-19 face mask and proof-of-vaccination rules seems to have jumped recently.

A Winkler restaurant owner believes the number of would-be diners who try to flout COVID-19 face mask and proof-of-vaccination rules seems to have jumped recently.

He wonders if supporters of Canadawide protests against mandatory coronavirus vaccinations for truckers crossing the border have become emboldened.

The restaurant owner said he has had to call police numerous times to deal with people who ask to be seated but refuse to follow rules imposed by the provincial government, including as recently as Saturday.

In the latest incident, the people left before police arrived.

“They tried to get in without having been vaccinated. This happens non-stop,” said the owner. “It’s an ongoing struggle, where we get harassed because we are following the rules.”

He spoke to the Free Press on the condition he remain anonymous because he fears reprisals from Winkler residents.

Public health orders and vaccines are a “pretty touchy” subject in the city, he said, and he fears he will lose business for speaking out.

He has grown tired of people “constantly” ignoring the rules and verbally abusing his staff. So have his employees.

Customers are required to wear face masks when they aren’t seated, and they must show proof they are double-vaccinated to dine in.

The owner said his staff ask customers to wear masks and show their vaccination card or QR code.

If someone refuses to show proof of vaccination, they are turned away, he said.

“We’re following all the guidelines that our health inspector has set out for us,” he said. “We follow the rules. We don’t take a stance on what’s going on (with restrictions and mandates). We want to keep as many customers as we do have left.”

Parts of the Southern Health region, including Winkler, have become known for anti-mask, anti-restriction and anti-vaccine sentiment.

“Everything you hear in the news is very accurate about the Southern Health region,” he said. “With the (truckers) Freedom Convoy, it’s all started again where people are trying to come in with no masks, no vaccination cards, no rules. That really hasn’t helped us.”

Big-box stores in Winkler were recently accused of turning a blind eye to maskless shoppers amid the surge of the highly contagious Omicron variant.

By health district, Winkler has the second-lowest uptake for COVID-19 vaccines in Manitoba. Just 42.6 per cent of eligible residents had had two doses as of Sunday, the province’s online dashboard shows.

The lowest uptake is in the Rural Municipality of Stanley, which surrounds Winkler and Morden. The RM of Stanley’s two-dose total is 21.9 per cent.

A post on Facebook claimed Winkler restaurant Del Rios was opening its dining room to “everyone,” hinting to unvaccinated customers, as of Saturday. The restaurant declined to comment.

In September, it was fined $5,000 for allegedly violating Manitoba’s COVID-19 rules.

Winkler police Chief Ryan Hunt said he was aware of the Facebook post, but he wasn’t aware of any members of the public complaining about Del Rios.

Officers have not gone to the restaurant in recent days to check if it is following the rules, he said.

“We’ll monitor it, and if any enforcement action needs to be taken, we’ll certainly go ahead and do that,” said Hunt.

He said he wasn’t aware of any restaurants that had illegally opened up dining to unvaccinated customers.

Mayor Martin Harder said he, too, hasn’t heard anything.

He expressed displeasure over some residents using social media to create “division” within the community.

Harder encouraged people to follow the rules and be patient after Premier Heather Stefanson said last week the government hopes to have a restriction-free Manitoba this spring.

“I think there’s a spirit of wanting to open up, and I think that it’s foolish to keep pushing when you’re already making progress,” he said. “It’s a matter of a short period of time when we should see the light of day.

“Sometimes you push so hard that your pushing becomes a negative, and it’s contrary to what you’re trying to accomplish.”

Attitudes would change if people focused on positive things, he said. 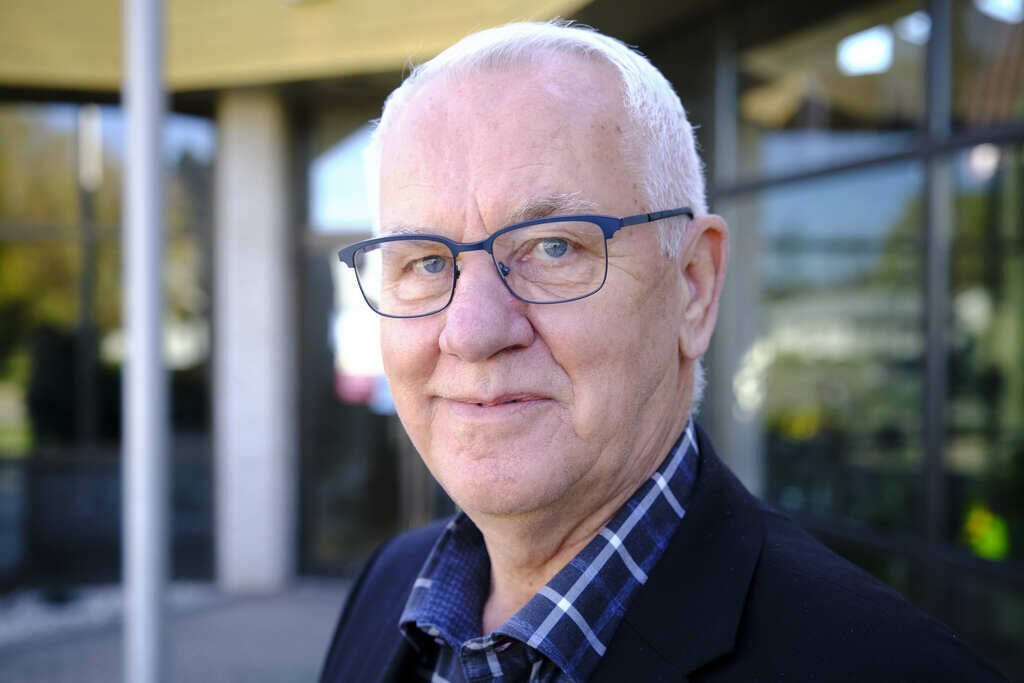 Tow companies refuse to haul trucks out of Ottawa 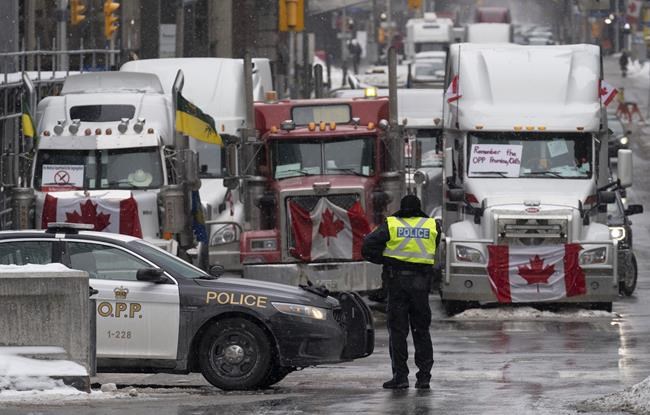 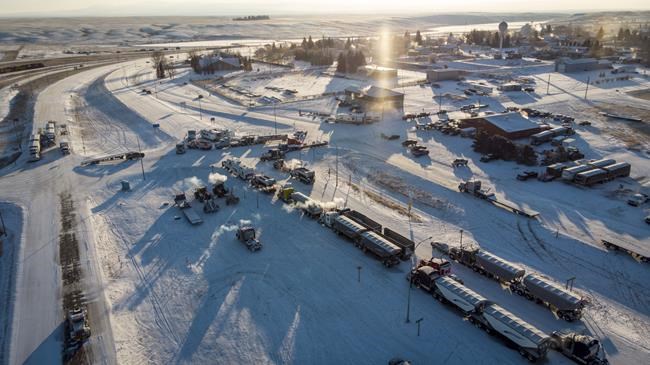 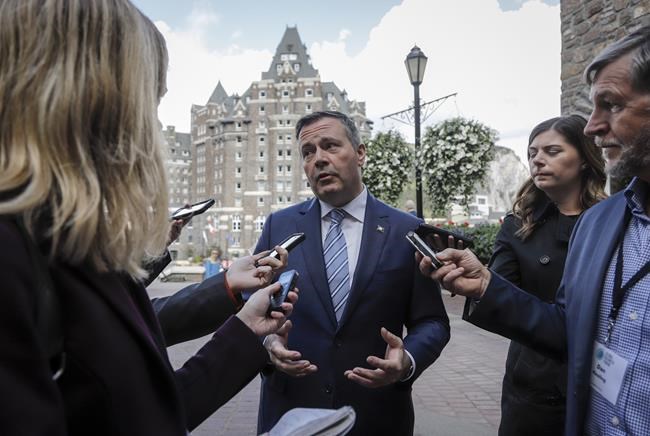 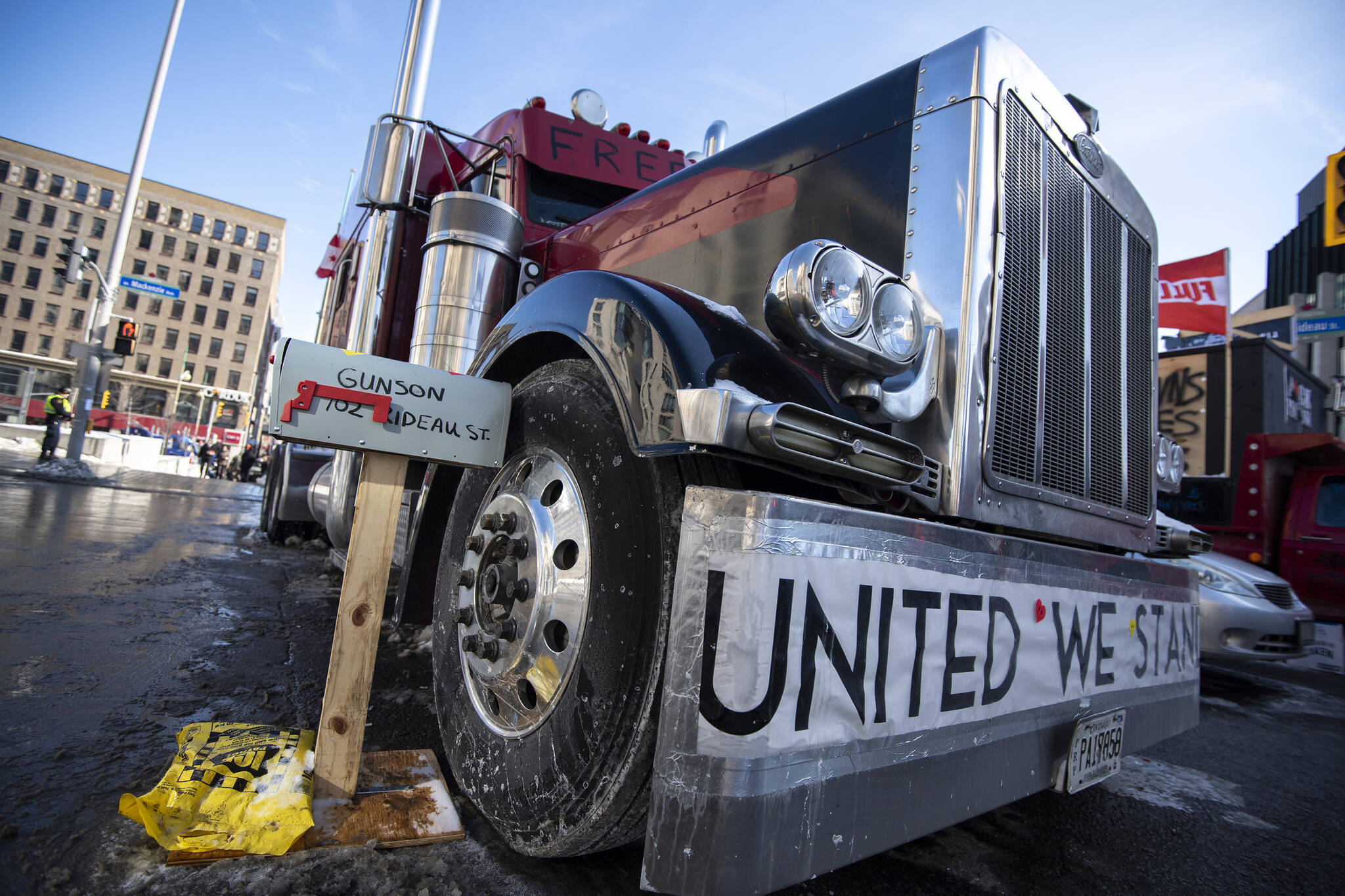 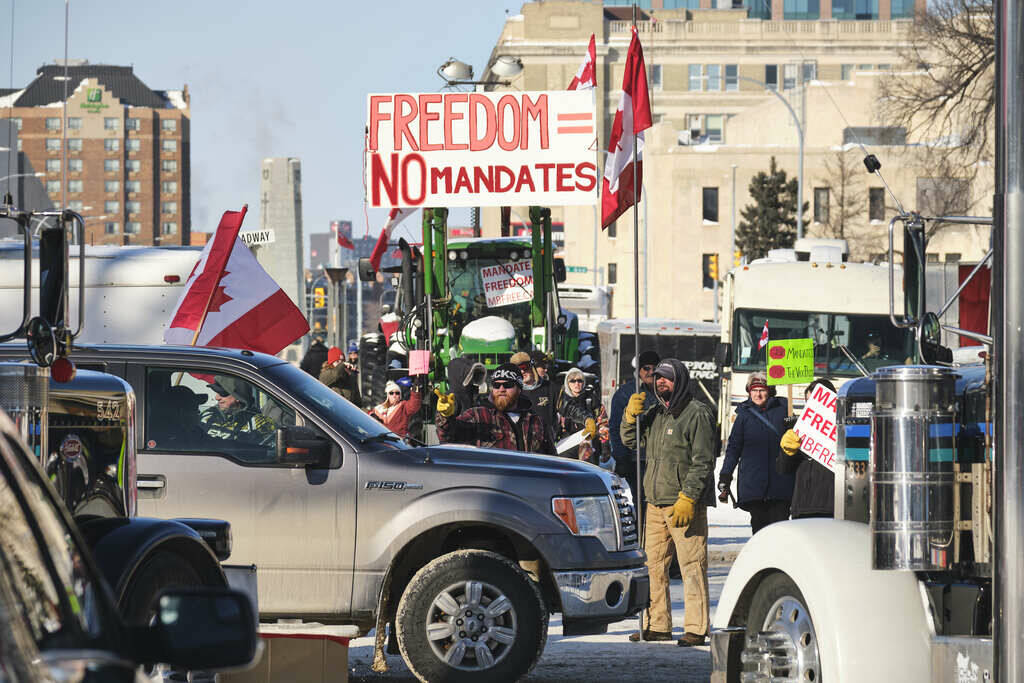