Unacceptable use of Indigenous ceremonies

Even while being told to stop, they are not

Last week, a “peace pipe ceremony” at a “sacred fire” was held for “Freedom Convoy” co-leader Patrick King in Confederation Park in Ottawa.

Last week, a “peace pipe ceremony” at a “sacred fire” was held for “Freedom Convoy” co-leader Patrick King in Confederation Park in Ottawa.

King believes COVID-19 vaccines are a conspiracy meant to, in his words, “track you, follow you, know your every movement you do.”

King has said in social-media posts that an “infiltration” led by Muslims, gay and racialized people are pursuing “an endgame, it’s called depopulation of the Caucasian race, or the Anglo-Saxon. And that’s what the goal is, is to depopulate the Anglo-Saxon race because they are the ones with the strongest bloodlines.”

King has vowed to “shut down Ottawa” and won’t leave until Prime Minister Justin Trudeau resigns.

Regardless of his “strong bloodline,” a handful of Indigenous peoples felt King needed a pipe — a sign of leadership in our communities. A pipe, when assembled in ceremony, represents the unifying of people, ideas and the earth.

It’s a curious, controversial and, frankly, weird conflation of Indigenous culture and the convoy protest.

The “ceremony” for King comes while protesters occupy downtown Ottawa in an effort to force the federal government to end COVID-19 health restrictions and vaccine mandates.

Protesters have repeatedly used Trudeau’s many stumbles on Indigenous issues — and the words of Indigenous peoples themselves — to promote their message that the Liberal government is incompetent.

That might or might not be true, but one only has to look to Idle No More to see what many more Indigenous peoples thought of Stephen Harper and the Conservative party.

Regardless, Indigenous culture is being used at the convoy protest to make a point. A teepee has been raised, “Indigenous flags” such as the Métis infinity symbol have been flown alongside Confederate flags and swastikas, and protesters have used hand drums to add to the overwhelming noise.

This in spite of Indigenous leaders asking them to stop.

Immediately after the “ceremony” for King, leaders from the Algonquin Anishinabeg Nation Tribal Council, the Kitigan Zibi Anishinabeg and the Algonquins of Pikwakanagan (in other words, nearly all First Nations in the area) issued a news release.

“The actions that are taking place on our territory… is unacceptable,” the release states. “The Algonquin Nation did not give consent to these ceremonial practices and could cause more harm to who we are as First Nations/Algonquin peoples. First Nations and non-Indigenous people should always remember protocol and that permission from us is needed to proceed… If these actions continue, we have no other choice but to support the Ottawa police in their efforts and actions to stop this at once.”

Some are led by “traditional” Indigenous peoples, many of whom are anti-vaxxers and willing to overlook words of white supremacy and offer teachings and ceremonies.

One is Manitoba country music singer Tracy Bone of Keeseekoowenin Ojibway Nation, who proudly spoke at King’s “pipe ceremony” and shared it on social media. Decrying vaccines by saying “everything we have learned in this world is backwards,” Bone told King people should be taught to “understand signs like angel numbers 111” (the belief angels send messages to humans by showing them patterns of 1).

Bone has also been offering regular video reports from the convoy protest to “correct” the media’s reporting on it.

The “Freedom Convoy” is about “love” and “connection,” she states in a video — a message she displays by using an “Every Child Matters” flag as a cape and covering her face with a red hand print, symbolizing murdered and missing Indigenous women and girls.

One wonders how Bone feels about Bradley Barton, the Ontario trucker guilty of the murder of Cindy Gladue or the long, documented history of violence by long-haul truckers against Indigenous women, but I’ll leave that for her to answer.

Bone is not the only Indigenous person holding ceremonies, supporting people like Patrick King and trying to give an Indigenous face to the convoy. She’s part of a very small minority, like the 10 per cent of truckers who refuse to get vaccinated, or the less than 30 per cent of Canadians who feel concerned about vaccine mandates, according to a recent study by McMaster University.

Bone, like others in the convoy, is using Indigenous culture against the wishes of the majority of Indigenous peoples and communities. Simply put, they are taking the practices, traditions and customs Indigenous communities use for their own selfish and political purposes.

Even while being told to stop, they are not.

There’s a word for that.

No pipe ceremony can name it otherwise.

Some truckers sympathetic, others just get on with the job 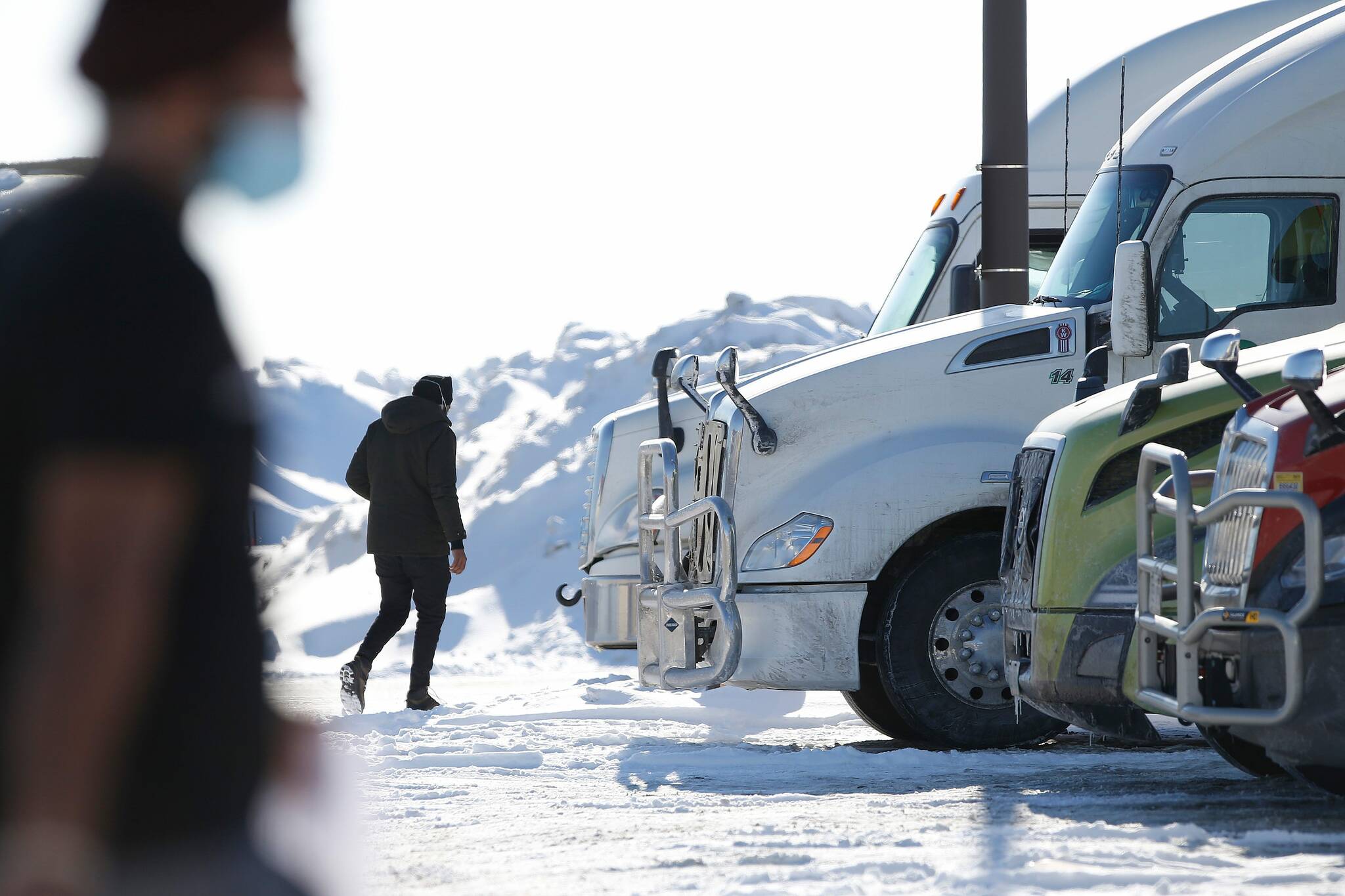