OTTAWA -- Some of the world's top statisticians gathered in Geneva just over a year ago, listening as Statistics Canada officials offered tips on maintaining their independence.

OTTAWA — Some of the world’s top statisticians gathered in Geneva just over a year ago, listening as Statistics Canada officials offered tips on maintaining their independence.

The Canadian system was laced with checks and balances to ensure the agency would not be tainted by political whims.

"Faced with any significant attack on the agency’s independence, the chief statistician’s ultimate recourse is a public resignation," the officials said, in a piece of prescient advice.

With agency boss Munir Sheikh having taken that ultimate recourse, experts, insiders and critics began sounding the alarm Thursday over the future of Statistics Canada.

"Its reputation is hanging by a thread at the hands of a bungling minister and a Conservative government that simply doesn’t believe in fact-based decision-making," Liberal House leader Ralph Goodale told reporters.

Sheikh, a veteran civil servant, had shown himself willing to implement a government decision he didn’t approve of. He had remained silent as the government rolled out its plans to replace the long, mandatory census with a voluntary survey.

But he drew the line when Industry Minister Tony Clement presented the decision as something his agency had actually recommended.

Some who have watched the census dispute unfold worry it will not only undermine the integrity of the census itself, but might also drive away respondents from other key pieces of research, such as the Labour Force Survey.

"How can we trust them?" said one provincial source. "I’m afraid the short census will be contaminated by this whole mess. That’s the fear for me."

Bank of Canada governor Mark Carney waded into the crisis Thursday, offering a pat on the back to the rattled agency. "We’re an intensive user of StatsCan data," Carney said. "The agency has an excellent reputation, probably has been for a long time the pre-eminent statistical agency in the world…"

Observers are also worried the next chief statistician will be seen as a Tory pawn, eroding public trust in the information produced by the agency.

Earlier in the week, a Conservative senator publicly questioned the credibility of statistics that showed crime rates declining.

Ivan Fellegi, who was chief statistician for 22 years before Sheikh and is still involved at StatsCan, appealed for cooler heads to prevail.

"It’s very important that this not go on in an increasingly hostile and partisan manner. That would really damage the agency forever," he said.

He wants to see a transparent process to find a new chief statistician, led by non-partisans — perhaps someone such as Carney, or people on the National Statistics Council, a group of experts chosen by the industry minister to advise Statistics Canada. More immediately, Fellegi suggested the government review its decision on the long census, and participate in a "sensible compromise."

The survey could remain mandatory, but the questions could be reviewed to be less intrusive, and the jail penalties removed, he said.

"There are a lot of choices. No one ever said the long form is immune from change," added Alex Himelfarb, a former clerk of the Privy Council and now director of York University’s Glendon School of Public and International Affairs.

"One could imagine sober reflection on this, and see if there’s some way of preserving the integrity and continuity of the time series data without denying some of the concerns," he said.

In order to preserve Statistics Canada’s reputation, the government will have to assure the next chief statistician of complete independence, said economist Jack Mintz, head of the School of Policy Studies at the University of Calgary.

The Tories should also agree to testing the effectiveness of a voluntary survey first, before they simply order the end of the mandatory census, he said. The U.S. experimented with such an idea in 2003, and then stuck to its mandatory survey.

But Clement seemed unwilling to bend on the government’s census policy, saying it already represented a compromise.

"That I think is a reasonable compromise position, and I’m certainly looking forward to working with StatsCan in the months ahead to implement that decision by government and to make sure it is done in a way that was valid and correct," Clement said.

The House of Commons industry committee meets today to discuss hearings on the issue. 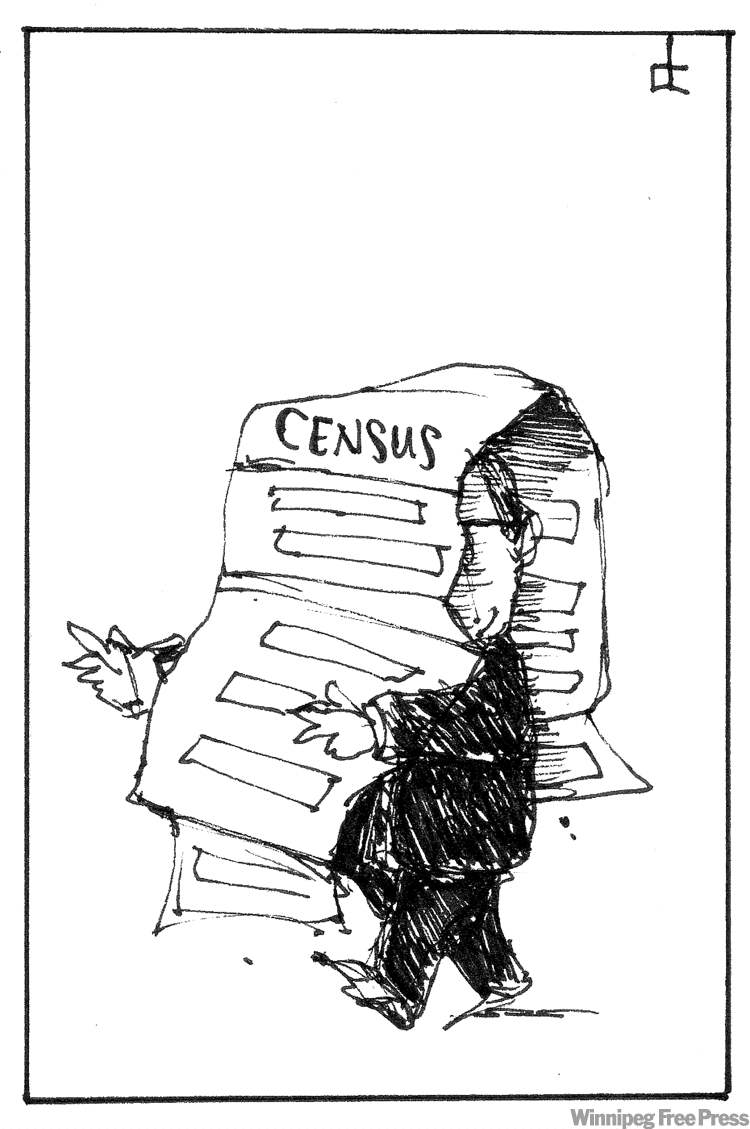