The latest Canadian Press Harris-Decima survey suggests the Liberal party jumped into a seven-point lead over the Conservatives over the two weeks that followed Trudeau’s landslide leadership victory last month.

Liberal support stood at 35 per cent, while the Conservatives dropped to 28 and the NDP to 22. The Green party was at seven per cent.

That’s the highest level of support for the Liberals since March 2009, when the selection of Michael Ignatieff as party leader briefly buoyed the party’s fortunes.

Ignatieff subsequently led the party to its worst defeat in history in the 2011 election, which reduced the Liberals to a third-party rump.

Current Liberal support is not quite as high as the 36-per-cent peak reached by the NDP a year ago immediately following the election of its new leader, Tom Mulcair. New Democrats have been trending down since then, a spiral that accelerated over the last few months of the Liberal leadership contest.

Trudeau’s honeymoon could yet prove as equally fleeting as those of new leaders before him. But for now at least, the poll suggests he has weathered the barrage of Tory television ads asserting that the new Liberal leader is “in way over his head.”

The Conservatives began broadcasting the ads within hours of Trudeau’s leadership victory on April 14.

“What we do know for certain is that more people are saying they’d vote Liberal than have felt inclined to say that in years. And it’s better to be up than down.”

The telephone poll of 2,008 Canadians was conducted April 18-28 and is considered accurate to within plus or minus 2.2 percentage points, 19 times in 20.

It suggests the Liberals moved into a commanding lead in Trudeau’s home province of Quebec, with 37 per cent to the NDP’s 24. The Bloc Quebecois had 23 per cent support, the Conservatives nine per cent and the Greens five per cent.

Quebec, which was swept by the NDP in 2011, is key to Trudeau’s plans for a Liberal comeback in the 2015 election.

And they were well ahead in the Atlantic provinces, with 48 per cent to 27 for the NDP, 22 for the Conservatives and two for the Greens.

The NDP led in British Columbia, with 34 per cent to the 30 per cent for the Liberals, the Tories at 22 per cent and the Greens at 13 per cent. 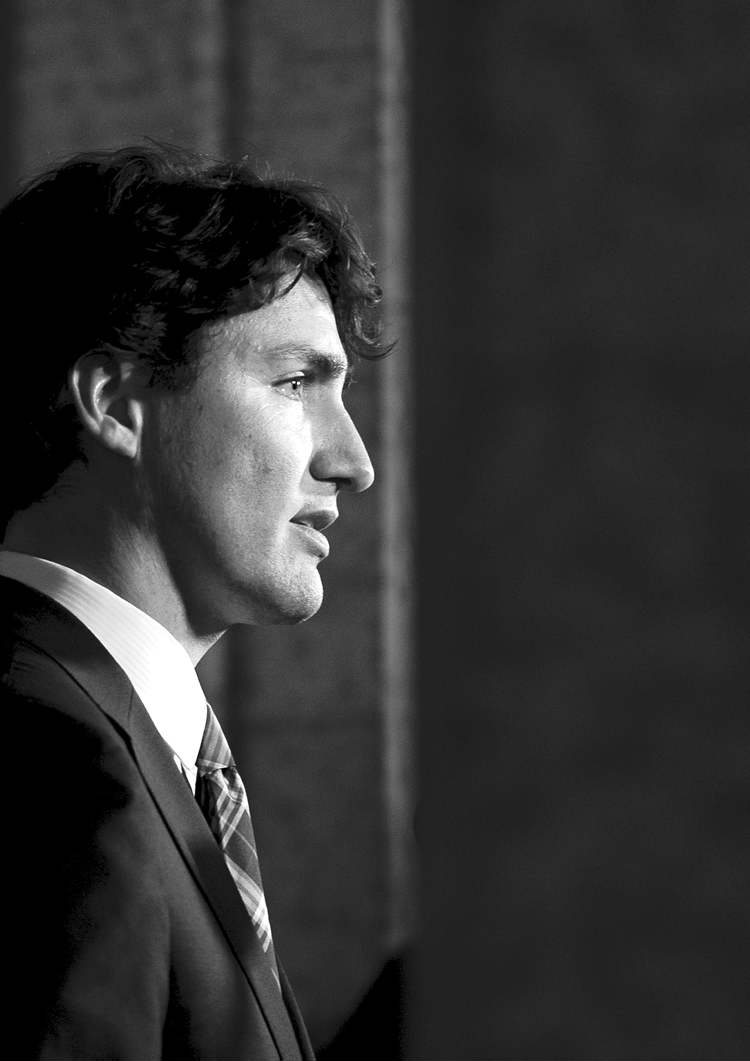