It's with more than a tinge of regret that Tom Rathwell hammered a "for sale" sign into the lawn of the Victoria Beach cottage his family has owned for the last 55 years.

It’s with more than a tinge of regret that Tom Rathwell hammered a “for sale” sign into the lawn of the Victoria Beach cottage his family has owned for the last 55 years.

After retiring to British Columbia last fall with his wife, Trish, they decided it was too difficult to operate a cottage at such a long distance.

“It’s a very emotional decision with a cottage, particularly a family cottage. You can throw logic out the window,” he said. “But it’s kind of a long drive from Kelowna.”

A couple of years ago, owning a lakefront property at Victoria Beach, as well as many other cottage communities on Lake Winnipeg, was seen as prestigious. But since the infamous weather bomb destroyed much of the shoreline in front of those summer homes in October 2010, the address has lost a considerable amount of its lustre.

The ongoing debate over the legality of cottage owners building up the shore with boulders and sandbags, coupled with the 2010 assessment that saw his annual tax bill top $6,000, has made the decision somewhat easier for Rathwell.

“There are some people who aren’t well-informed (on shore erosion). It’s just a small cadre of angry voices. I don’t think they’d be happy if they went to Disney World,” he said. “The school tax on (cottage) properties has always been a contentious issue. It just keeps going up. I don’t get to vote and I couldn’t send my kids to one of their schools. I just get to write a cheque.”

The list price for his cottage, located on Sunset Boulevard, is $575,000 but Rathwell knows there won’t be a stampede of people running towards him with open chequebooks. There are more than 50 cottages for sale at Victoria Beach and hundreds on the east side of Lake Winnipeg.

Larry Guarino, owner of Grand Beach Realty, said he has never seen so many people looking to unload their cottages in his 27 years in the real estate business.

The faltering economy is playing a significant role in the cottage country market, too, Guarino said.

“People say we’re not in a recession. Well, people are being very cautious here. It could take a couple of years to sell a cottage now. A few years ago during the peak, it was 30 days and it was gone and the seller could have asked whatever (price) they wanted to,” he said.

The situation is similar on the west side of the lake. Kathy Marks of Gimli-based Interlake Real Estate, said lakefront properties aren’t selling like they did just a couple of years ago.

“People are scared of the lake, that water levels will come up again and that we’ll have another weather bomb. They’re spending hundreds of thousands of dollars on a lakefront home and they’re worried something will happen to it. They’re afraid of the unknown,” she said.

At least the Lake Winnipeg market is an actual market. That can’t be said on Lake Manitoba, a little more than a year after severe flooding caused by the Assiniboine River saw many cottages swallowed up by the water. Jeff Douglas, a real estate agent with Century21carrie.com, said activity on the east side of Lake Manitoba, where he specializes, is “negligible.”

“Something about a flood in 2011,” he said. “You have properties that are overgrown, smashed up and leaning forward since the flood. There have been a few sales but they’re few and far between and the prices are definitely down. My guess is it’s going to be two to five years until we get back to normal.”

For example, one of his rare lakefront sales was a cottage that sold for about $40,000. Two years ago, the land itself would have been worth $120,000.

“We have quite a few lakefronts that have been for sale all season that haven’t sold. That never would have happened a few years ago,” she said. 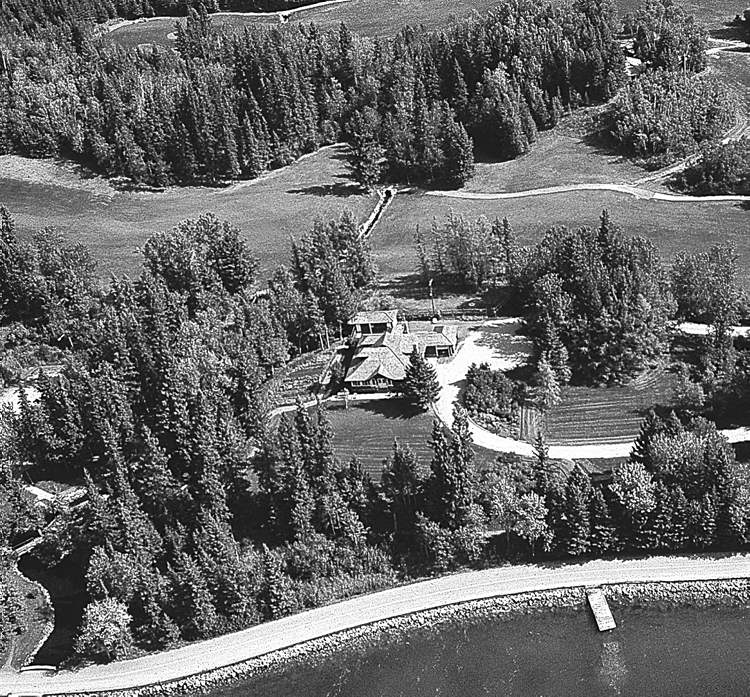 Lake of the Woods, Clear Lake

TWO other popular summer areas for many Manitobans, Lake of the Woods and Clear Lake, are dealing with a minor slowdown but nothing compared with what the cottage countries on Lake Winnipeg and Lake Manitoba have been going through.

Walter Domareski, broker of record at Vogue Realty in Kenora, Ont., said prices have levelled off this year.

“It used to be a lot faster when the U.S. economy was good. People are a little more cautious now,” he said, noting Lake of the Woods properties range in price from about $500,000 to $3 million or $4 million.

Ron Cornell, a partner at Royal LePage Martin-Liberty Realty in Brandon, blames the economy for the soft market at Clear Lake.

“People aren’t getting what they’re asking for. There are some cabins on the market that have been there for two or three years. It’s not taxes and it’s not (fear about) the lake, it’s the economy.”

The starting price for a three-bedroom, winterized recreational property on the shores of Manitoba’s largest lake is hovering around $250,000. That’s down from $300,000 in 2009, data from the most recent Re/Max Recreational Property Report show.

The supply of recreational properties in Manitoba is “ample across the board, and at all price points,” the report said.

Cottage sales on the east side of Lake Winnipeg are up this year, the Winnipeg Real Estate Board says, but they’re staying on the market longer.

Spokesman Peter Squire said 130 properties have sold up to the third week in August in communities such as Victoria Beach, Hillside Beach and Albert Beach, up from 82 during the same period last year and 91 the year before. But the relatively quick turnaround in 2010, when a “for sale” sign would be up for an average of 61 days, is a thing of the past. Last year, a typical sales period was 81 days and it’s up to 100 in 2012.

“The days on the market has definitely been getting longer each year,” Squire said.

Cottage sellers aren’t getting their asking price either, he said. One lakefront cottage at Victoria Beach was listed at $400,000 but sold recently for $300,000.