What do you get when you mix a poorly managed and insensitive process with a politically volatile issue and a community that has no sense of humour about Christian missionaries?

What do you get when you mix a poorly managed and insensitive process with a politically volatile issue and a community that has no sense of humour about Christian missionaries?

Winnipeg city hall was awash in sadness on Wednesday as council voted to give $4.2 million to Youth for Christ, an evangelical organization with a long history of providing social services and religion to core-area youth.

The city funds, and another $3 million in federal funding, will be used to help YFC build a 50,000-square-foot youth centre in downtown Winnipeg.

Youth for Christ does God’s work to be sure, providing services to youth in some of the toughest areas of Winnipeg. But its mandate includes converting youth to Christianity, and that has sparked a political brush fire.

For most of Wednesday morning, delegations opposed to YFC — mostly aboriginal social-service organizations and activists — accused the group of cultural genocide, brainwashing and political skullduggery. There were threats of legal action or protests.

“We will do whatever is necessary” to stop the YFC project, one man told council in a threatening tone.

“You can bet on that,” a young woman behind me said quietly.

Is YFC worthy of this contempt? The only thing that is clear is that it would be tough to imagine a more poorly executed political process.

First and foremost, YFC is a mystery to most social-service groups in the inner city. YFC has been providing social service to youth for more than six decades; for more than a decade the group has run an indoor skateboard park just a few blocks away from the site of their proposed youth centre. No one has ever protested YFC’s existing projects.

Unfortunately, for all of its good work, YFC has never forged any relationships with the secular social-service agencies. It is possible that these groups, many of which are run by aboriginals for aboriginals, might have rebuffed any invitation from YFC. After the carnage of this week, we’ll probably never know whether evangelicals and aboriginals could have worked together.

As for the way in which this proposal arrived, many assumed, and with good reason, that this was merely the latest in a series of hastily prepared initiatives that have become in vogue at Mayor Sam Katz’s city hall. While it is true council had no advance warning of this project, the city is not solely responsible for the sneak attack.

YFC applied for federal-provincial stimulus funding late last summer. Their dream of a downtown headquarters and social-service centre had been on active simmer for more than five years. Unfortunately, YFC executive director John Courtney said he did not find out it had been approved until the first week in February, just two weeks before a deadline to secure matching funds from the province.

A few days later, Courtney said the province indicated it would not support this project. The province apparently told Ottawa this in December, but that was not communicated to YFC.

YFC made overtures to the University of Winnipeg, but could not reach a deal. So it was left to the city. With just a few days left before the deadline — at which time the federal money would disappear — YFC reached a deal with CentreVenture, the city’s downtown redevelopment agency, so it could qualify for federal funds. The snag was that city council had to agree to repay that loan over 15 years. Which is how we ended up at council just seven days after councillors first found out about the project.

It remains a mystery why YFC was given so little time to find a partner to cost-share the project with Ottawa. Providing taxpayer support to an evangelical Christian organization that wants to set up shop in an area that is ground zero for the urban aboriginal community was destined to be a touchy subject. YFC said it wants to partner with other social-service groups. Without judging YFC’s methods, it never got the chance to build the relationships that might have avoided the bloody mess at city hall.

Ottawa may have had good intentions in supporting YFC, but approving funding so close to the deadline was politically foolish. It’s like offering a starving man a steak, and then tossing it into a pool of piranhas and asking him to dive in.

There is sadness at city hall now. This project has pitted Christians against aboriginals, brown skin against white skin. Old wounds are open again, and new wounds have been inflicted.

This is a special sadness, one that comes from watching people of different perspectives agree on the need to solve a problem, who then beat each other into a bloody pulp trying to prove who is best-suited to meet that need.

MP gets behind Youth for Christ centre 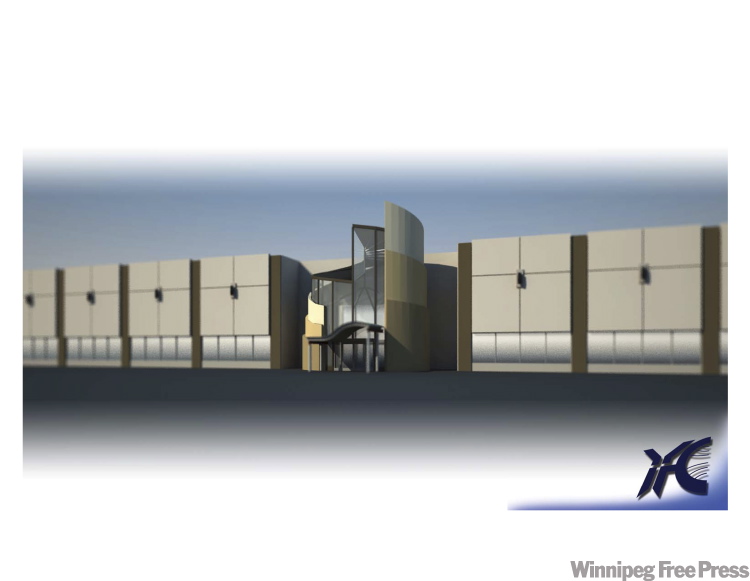