The New Democratic Party may have a new leader, but even in the wake of Quebec MP Thomas Mulcair's laborious, four-ballot victory Saturday night, there are signs the party is mired in the same old internal debate. Should the NDP remain a party of the "left" or move to the centre to attract more voters in a bid to govern? Of course, lately this old debate has taken on a whole new significance.

The New Democratic Party may have a new leader, but even in the wake of Quebec MP Thomas Mulcair’s laborious, four-ballot victory Saturday night, there are signs the party is mired in the same old internal debate. Should the NDP remain a party of the “left” or move to the centre to attract more voters in a bid to govern? Of course, lately this old debate has taken on a whole new significance.

In the years when the NDP was clinging to its very existence, that debate seemed more than a little bit inane. Now, as official Opposition and tied with the Conservative party in the recent Environics poll, the decisions Mulcair and the party make now could change the course of political history.

It is not clear, however, that the NDP is ready to embrace this new era of opportunity. Many of the lions and lionesses of the party, led by former leader Ed Broadbent, moaned about how Mulcair, if he won, would take the party into the mushy middle of the political spectrum in a bid to win government. This, the naysayers argued, would be a betrayal of the NDP’s social democratic roots.

Broadbent’s suggestion that “centrist” means you cannot be a true social democrat is wrong, of course. Just as wrong as Conservatives who believe “left wing” means higher-tax, higher-spending, anti-business politics. Old political labels are so much less important now than they were in the past. And yet, they are also hard to shed.

Mulcair is hardly what you would call anti-social-democratic. If you believe his leadership policy platform — and right now, that’s as good a measuring stick as we have — Mulcair seems more than familiar with some of the staples of social-democratic ideology. He supports a cap-and-trade system on greenhouse gas emissions and wants to use revenues from that system to fund energy-efficient infrastructure upgrades. He wants to replace corporate tax cuts with tax incentives for job creation, end government subsidies for the oil and gas industries, double CPP/OAS benefits, increase funding to post-secondary education to lower tuition fees, and increase EI maternity leave.

What is missing from Mulcair’s policy framework is the tired lexicon of organized labour that has been a staple of the NDP’s brand since its inception. That is not to say Mulcair is not talking some of labour’s talk; he supports first-contract arbitration, opposes back-to-work legislation and is a big proponent of pay equity. He may not be from a labour background, but he clearly knows some of the things important to that constituency, even as it becomes less and less important to the party.

In this campaign, unions were not allotted blocks of voting delegates, a practice that paid tribute to the party’s labour roots while ensuring that unions had more than their fair share of influence over who was chosen as leader. Those days are gone now. Mulcair’s election as leader is proof that labour, like the NDP itself, needs to take on a whole new approach to politics. Progressive, yes, but pragmatic as well. Their motivation for evolving should be found in the voting results.

NDP rank and file sent a strong message that, closer to winning a federal election than ever before, they want a leader who is in it to win it. Nobody knows for sure whether Mulcair is that leader, but he won over a clear majority of the 130,000 registered members who voted in the leadership against the rantings of iconic figures like Broadbent. He and others may fret about losing control of their party to short-sighted opportunists. But the membership is asking the party to get with the times.

And what times they are. Still reeling from a recessionary hangover, and treading water over the robocall allegations, the Conservative government is exceedingly vulnerable. But to whom? The Liberals are months away from filling their leadership void, and even with a new figurehead, the Grit brand is badly damaged. The NDP managed to get its new leader in place just prior to delivery of what is expected to be a harsh austerity budget from the Tories that may be soundly criticized both by the left and right. Against the backdrop of all this baggage, Tory support is, not surprisingly, dropping steadily in opinion polls.

What does it mean for Mulcair? Perhaps the departed Jack Layton was right when he said, immediately following whis historic election result last May, that Canadian voters are looking for a new, progressive option. Tired of Liberal and Tory dogma and corruption, perhaps voters are looking for something new to try. It would be wrong for grumpy old-guard New Democrats to think that the “new” thing is the same old thing they’ve been offering voters. It’s much more likely that new means exactly that. Different than before.

Mulcair leads his party into a political forum that is more competitive than it has ever been before. He only needs the support of his own party to take full advantage. 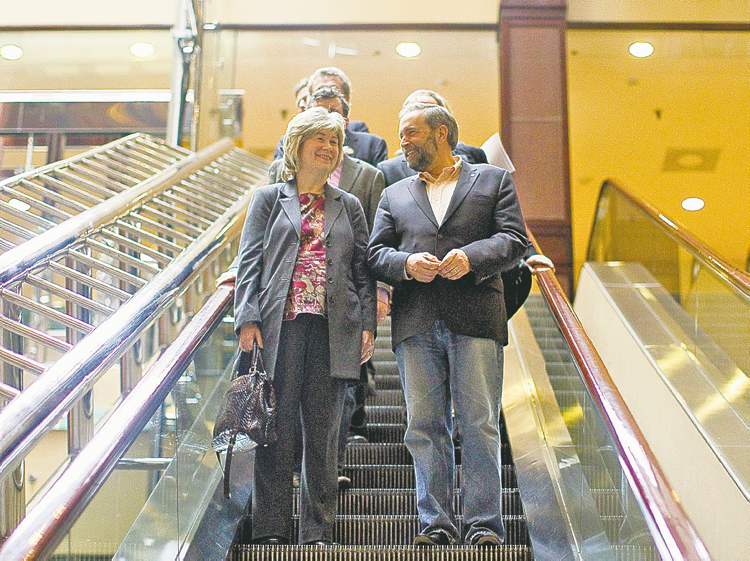