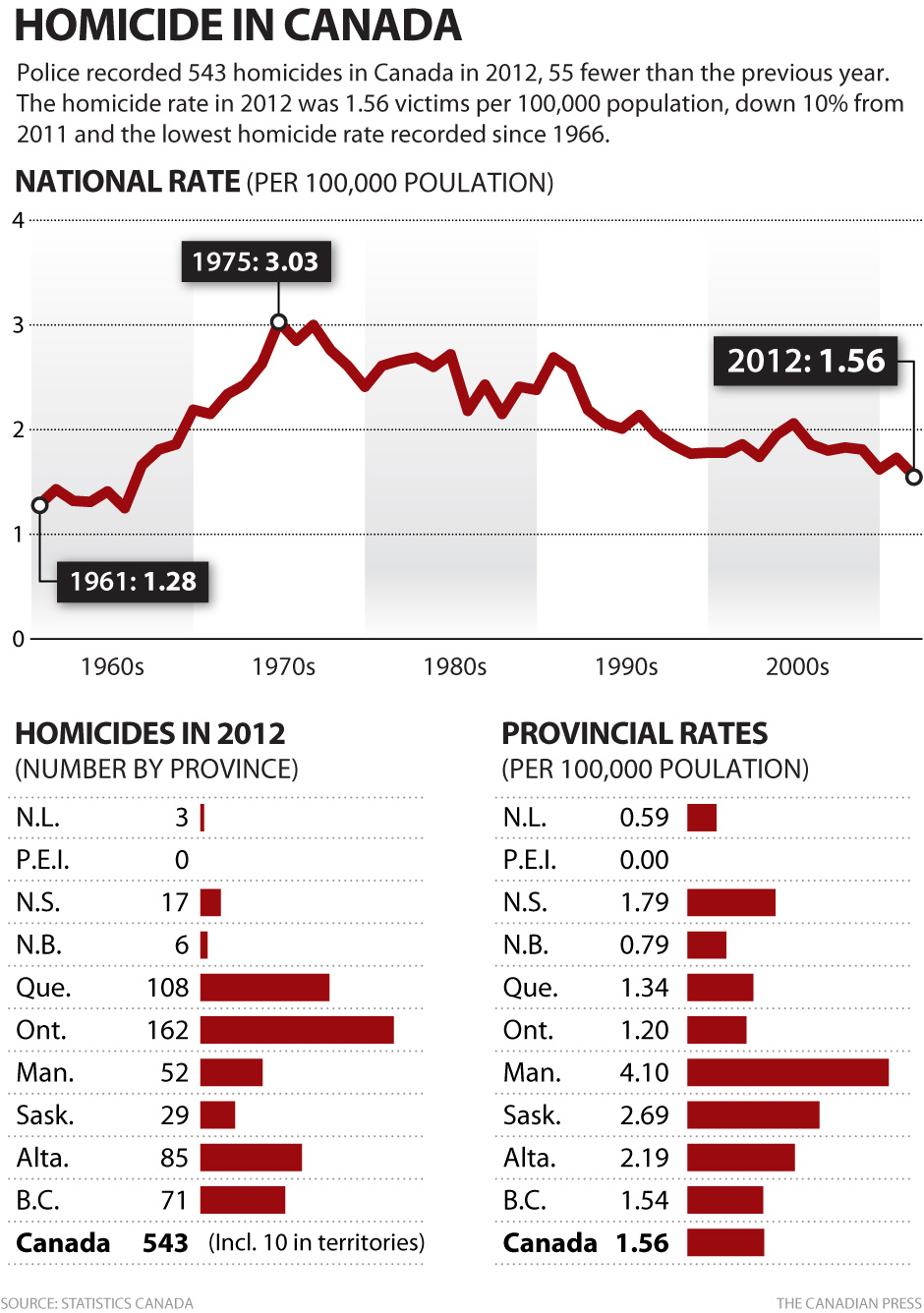 Manitoba still has some work to do in terms of lowering its homicide rate, according to a Stats Canada 2012 report released this morning.

Manitoba still has some work to do in terms of lowering its homicide rate, according to a Stats Canada 2012 report released this morning.

Among the major Canadian cities, Winnipeg is once again near the top of list. Despite recording six less homicides in 2012 (33) than the previous year, Winnipeg landed the second-highest homicide rate in 2012 (4.09 per 100,000 people), trailing only Thunder Bay (5.81) in that category. Regina was third with a rate of 3.06 homicides.