Old Scotch game of golf introduced into the province

Another new pastime has been added to the long list of outdoor sports in Manitoba in the shape of golf (now commonly pronounced golF), which has been introduced by Lt. Col Hodson who has started a golf club at Stony Mountain.

Another new pastime has been added to the long list of outdoor sports in Manitoba in the shape of golf (now commonly pronounced golF), which has been introduced by Lt. Col Hodson who has started a golf club at Stony Mountain.

The link as laid out consists of nine holes, and from post to finish following the line of flags from out course to home course, covers about three miles, and offers heaps of opportunities for swiping and driving.

It is the intention however, to introduce additional holes, making possibly fourteen in all.

The starting point, or in Golf phraseology, the teeing ground, is immediately opposite Col. Bedson’s residence. The course is then due west toward the railway station; then south along the line of the C.P.R. until you reach the fourth, or Joe’s (Sabiston) Hotel; then southeast across the spur line, to the track hole, on to the brickyards and Dr. Sutherland’s cottage, where the course turns north.

The last stretch of link, crossing the ditches and big ploughing, lands you at the eighth hole on the breast of the Hill, the last drive being over boulders and badger holes (pretty pronounced hazards) and down the same hill west to the first putting green.

Taken all around, the Stony Mountain link is a hard one, knolls, bunkers (sandpits), ploughed land, burnt prairie bushes, and long grass all helping its diversity.

Although it was somewhat of a makeshift course, people came from far and near to enjoy the game of golf.

As golf dates as far back as the fourteenth century, there is no lack of precedent for introducing the game into Manitoba, and there is no reason why it should not, especially amongst curlers, become the roaring game of the dog-days, and vastly popular.

Some two hundred clubs exist in Great Britain, the list by no means being limited to Scotland. As a healthy, honest pastime, calling for all athletic qualities, its advent amongst us is to be welcomed, and as a golf club exists in Montreal, the question of procuring the necessary “out-fit” is at once solved.

It is now in order for Winnipeg and Provincial athletes to organize and start golfing clubs throughout the country. In Winnipeg, Mr. John Baisillie and Mr. Oswald, both old time golfers, can be counted on to take the initiative.

The first game of golf (a foursome game) was played over the Stony Mountain Links some days ago. Appended is the score: 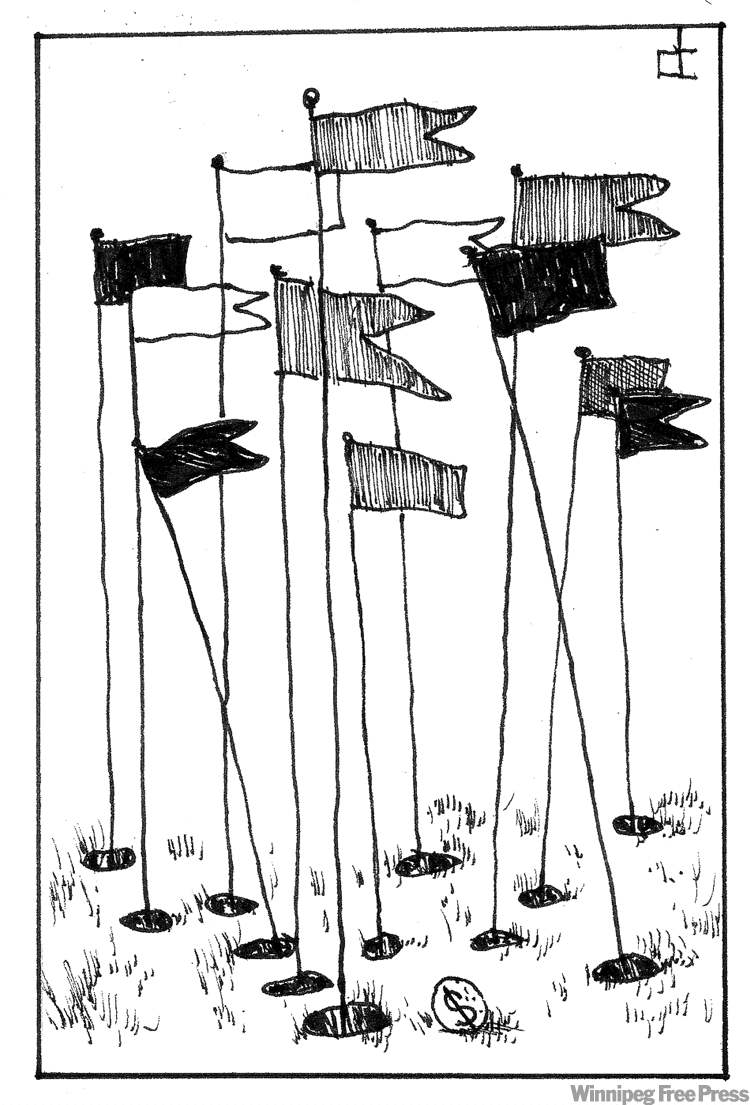 City to take a swing at golf 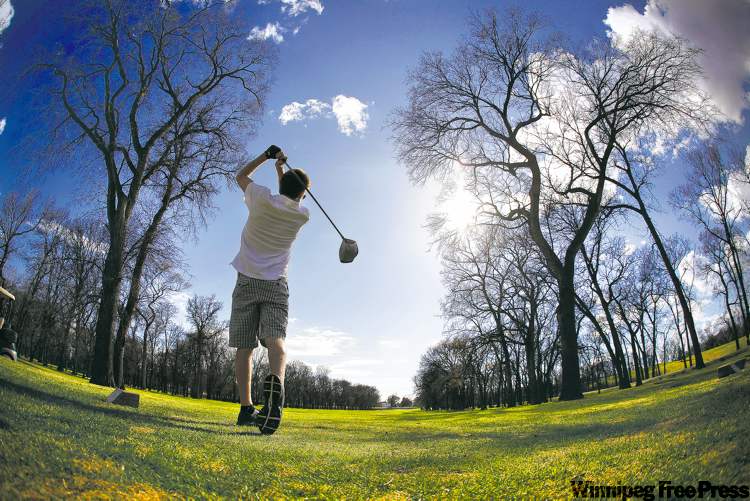 This story is reprinted from the Manitoba Daily Free Press,