Ezra, the Hebrew word for “help” can take many forms including making donations, volunteering one’s time or offering advice. Recently, some members of Winnipeg’s Jewish community have gone over and above, offering ezra to bring Yazidi refugees to safety by committing to help privately sponsor seven Yazidi families and raising awareness about their persecution locally and nationally.

Ezra, the Hebrew word for “help” can take many forms including making donations, volunteering one’s time or offering advice. Recently, some members of Winnipeg’s Jewish community have gone over and above, offering ezra to bring Yazidi refugees to safety by committing to help privately sponsor seven Yazidi families and raising awareness about their persecution locally and nationally.

Yazidi refugees are a Kurdish religious minority living predominantly in northern Iraq. Historically threatened for their unique religious beliefs, the Islamic State has violently targeted them for being ‘non-believers’ since taking control of the area in 2014. This has resulted in widespread murder, mass forced displacement and the systematic rape and sexual enslavement of Yazidi women and girls.

Private sponsors have played a critical role in influencing immigration policy, supporting and promoting the interests of newcomers coming to Canada and those already settled. One of the oldest resettlement agencies in Canada, the Jewish Immigrant Aid Society, was founded in 1922 in Montreal to help other Jewish refugees immigrate. Canada’s unique model for privately sponsoring refugees was established in large part because of the advocacy of average Canadians from different backgrounds; groups having the desire to help those in need, and recognizing more needed to be done to supplement government efforts. So it really isn’t surprising that today a Jewish community is part of an effort to sponsor refugees.

While the long-standing resettlement history of Jewish communities in Canada is characterized by sponsoring thousands of their own, groups are moving their work beyond this. Individuals and agencies are now considering helping refugees who are not friends or family and committing to supporting people from a region thousands of kilometres away marred by violence and extremism and whose culture and religion are often misunderstood.

Operation Ezra is an important multi-faith partnership fostered between individuals and agencies within the Jewish community, the Yazidi community and local organizations along a spectrum of different faiths and cultures. It has built on the hard work of individuals concerned about the well-being of others at home and abroad. Organizers have relied on the guidance from long-time sponsorship agreement holder Mennonite Central Committee and former refugees with experience and knowledge that has been critical in submitting the necessary paperwork and identifying the needs of new families once they arrive.

Operation Ezra represents a necessary step toward strengthening solidarity with refugees and rising above the hatred and a fear of “the other” that continues to spread around the world. As some Canadian Jewish groups have recently done with Syrian refugees, members of Winnipeg’s Jewish community are able to look beyond their differences, distance and politics to see a connection with Yazidis.

Both Jews and Yazidis have been victims of genocide and share the experience of governments turning their back on them. Recently, both the United Nations and the federal government acknowledged the actions of IS against the Yazidis as genocide. But the government has yet to make much of a commitment to helping those fortunate enough to flee to refugee camps in neighbouring countries or those remaining in Iraq. After the Holocaust, a strong resistance to resettling Jewish refugees was expressed by the Canadian government that claimed “none is too many.”

The first two families arrive Monday after being delayed by violence in Turkey. Their arrival is a bold expression of the often-ignored pledge of never again; a response to the atrocities committed during the Holocaust and a commitment of the international community for the future. Operation Ezra is the only group in Canada working to privately sponsor Yazidi refugees. This is something that should be praised, but also lamented. Currently, Operation Ezra is campaigning for other Jewish communities in Canada to follow its lead and for the federal government to take action to help resettle more Yazidis. More grassroots mobilization such as this can serve to increase awareness and tolerance of newcomers and their experiences.

Private sponsorship is not without its shortcomings. In fact, the backlog of cases, the extensive, complicated paperwork that goes into a sponsorship application and the lack of communication between government and sponsors are concerning and aggravating. There is frustration with the Canadian government trying to pass the buck on its resettlement responsibilities and non-Syrian refugees being unintentionally sidelined. But it is these challenges that illustrate how hard private sponsors strive to help over and above these setbacks, and how important it is that this work continue.

The advocacy, compassion and commitment to helping others demonstrated by Operation Ezra is a positive step in creating a more inclusive and engaged community. Ultimately, we can find something of ourselves in one another; sometimes we just need to open our eyes, our minds and our hearts. 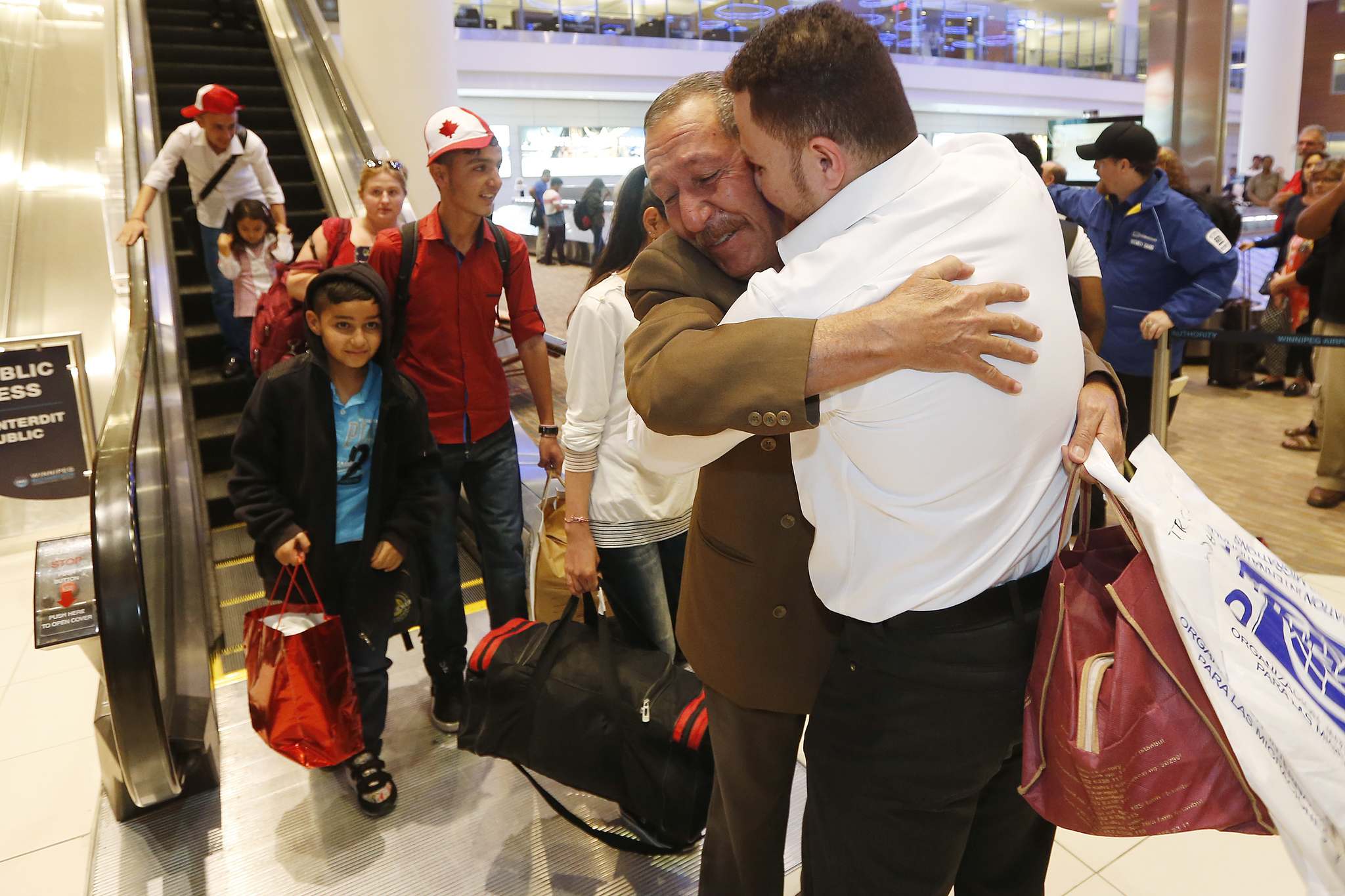