It's one thing to lose with two or three of our best players skating for NHL teams, but defeat in a lockout year robs us of our rationalization and underscores how far back of the pack we have fallen.

It’s one thing to lose with two or three of our best players skating for NHL teams, but defeat in a lockout year robs us of our rationalization and underscores how far back of the pack we have fallen.

No “victims of our own success,” excuses were handy early Wednesday morning when Canada was kicked out of the gold-medal competition for the fourth year in a row at the world junior championship.

As a country, we couldn’t snap off our TVs and shrug, “well, if so-and-so wasn’t playing for the Penguins and if the Leafs didn’t have that guy, we would have won. Easy.”

Our best lineup beaten handily by another country’s. No excuses. Only the reality that at least two teams were better than ours.

Gold is no longer an automatic for Canada at the world junior championship. And the tournament will be all the better for it.

Domination is great. But it can also get a little boring. The Christmas Classic is no longer a Canadian coronation.

Two years in a row Canada has been dispatched from the semifinals and it’s now four straight years without a gold medal.

No one is applauding a Canadian loss and it’s about time our juniors mixed in a championship.

But rather than take the defeat as an insult, shouldn’t we be embracing the adversity and looking for ways to improve?

Because, this just in, Canada is not a gimme to win anymore.

We don’t develop top-end goalies at a high rate, we haven’t been among the best skating nations in decades and superior hockey sense is no longer a Canadian birthright.

Our development program has flaws. What are we going to do about it?

Since 1982 when Canada began sending a national all-star team and developed the Program of Excellence, our junior team has won 15 golds and seven silvers in 33 tries. Twice Canada has gone on golden runs of five championships in a row.

Canada has without question been the dominant country at this event since 1982, with next-best Russia having won nine titles in that time.

But more and more this is becoming a global event with the U.S., Finland, the Czech Republic, Sweden and now Switzerland developing top-flight programs.

Gold may be the expectation in Canada and that’s still a good thing. But a medal of a different colour can no longer be looked at as a failure.

Canada is still the predominant hockey nation in the world, but we have had company for a long time. It’s not a slight or an attack on “our game.” It’s the reality of global competition and we need to embrace it to make us stronger.

With the NHL not in session, our junior team has previously steamrolled its competition at the worlds, winning gold in 1995 and again in 2005 with rosters that have since been labelled as Dream Teams 1 and 2.

They crushed the opposition as elite Canadian players under 20, normally already in the NHL, were able to skate for their country.

The same could have been said about other countries but not to the same extent as Canada.

In 2012 it seemed every contending team had a number of players good enough to crack NHL rosters. Canada is no longer a lockout lock.

This 2012 version of Team Canada was shown to be lacking in a variety of ways. Our star power dimmed in its first elimination test getting throttled 5-1 by the U.S. and bounced from a date with gold.

The Americans skated faster, finished with more efficiency and their blue-line was absolutely brilliant. In net? It wasn’t even close, with U.S. goalie Jon Gibson likely to be named the tournament’s top goalie and Canada’s Malcolm Subban not even in the top three.

Our forwards seemed small, unimaginative and confused in the semifinal.

None of the confidence and drive that have long been Canadian trademarks at this event.

Coach Steve Spott was unable to devise a plan to handle a U.S. attack that featured defencemen joining the rush at every opportunity. Spott’s crew also looked flat. Coaching has to be held accountable as well as the players. Perhaps a full-time coach to head the program and not a different bench boss from year to year is an idea worth examining.

Changes to our program need to be made.

Other countries have looked at what we do and attempted to emulate Canada’s success. Maybe it’s time we stole from other programs to improve ours.

Competition is the greatest catalyst for improvement.

Hockey Canada needs to decide what it wants to do.

Hold the status quo or jump back in the race. 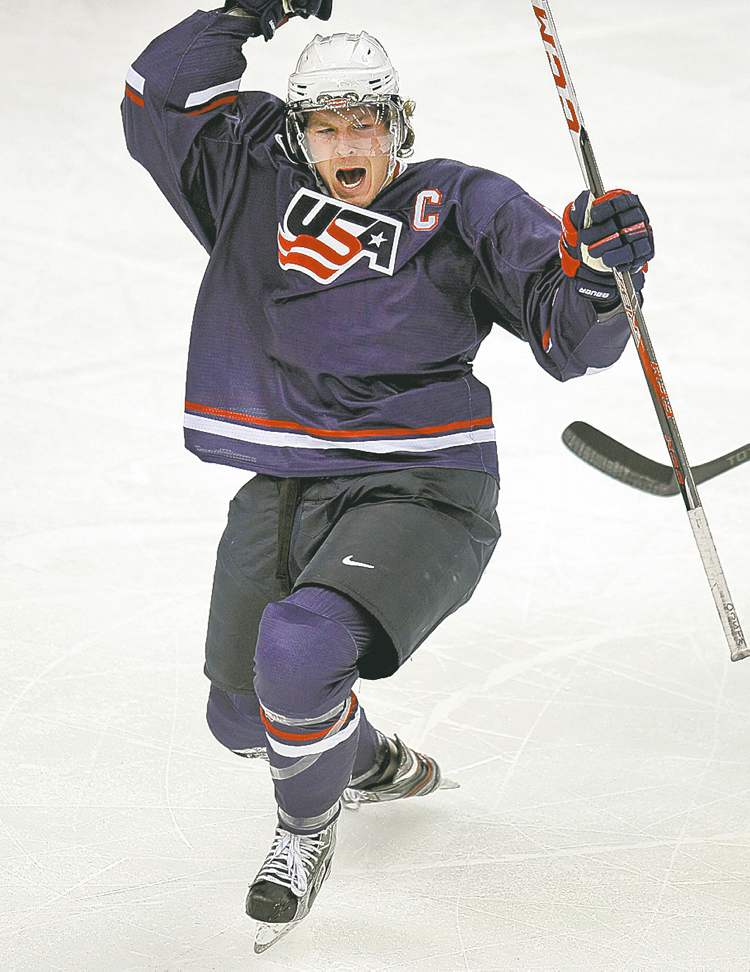