And now nobody can say he didn’t or couldn’t, and he certainly won’t give a whit about those who insisted for the past couple of years that he shouldn’t.

Within minutes of the public release of the Manitoba government’s 2019 budget, the provincial Progressive Conservative party was spreading the message across social-media platforms in its signature font and familiar blue and red colours: “PST Reduced. Promise Made. Promise Kept.”

For Premier Brian Pallister, this represents as big a political win as he’s likely to enjoy in however long it is he turns out to be the leader of the provincial government. Cutting the PST by one percentage point, and thereby not only keeping his signature promise but also un-breaking a promise made and shattered by New Democrat predecessor Greg Selinger, has given Mr. Pallister an epic victory.

And coming, as it does, at the same time the federal government of Justin Trudeau is mired in scandalous accusations involving alleged attempts to hijack judicial process, cabinet defections and all-around prime ministerial smugness and double-dealing, Mr. Pallister’s win is the stuff of political dream-making.

In the eyes of those who support him and his conservative policy book, he emerges from budget day a very tall fellow standing on decidedly high ground.

But before discussion in the Tory caucus room descends into a raucous round of high-five-punctuated “We did it!” shouts, it might be instructive to consider what “He did it” could mean to other Manitobans.

To nurses in under-resourced emergency and operating rooms, “He did it” likely means burdening a much-needed health-care restructuring with an overzealous cost-cutting directive, resulting in unwelcome mandatory overtime, unsettling job uncertainty and unsustainable workplace stress.

To cardiac patients whose surgeries have been postponed multiple times, “He did it” could mean creating genuine worries about whether delays associated with inadequate staffing will lead to untimely and unnecessary death.

To post-secondary students seeking the training that will allow them to start their lives as contributing members of taxpaying society, “He did it” might mean starving the province’s institutions of funding, resulting in higher tuition fees and skyrocketing student debt that threaten to limit university education to the affluent.

To drivers on Winnipeg’s streets, “He did it” likely refers to a $40-million hole in the city’s road-repair budget and an announcement that exactly zero dollars are available for pavement and pothole remediation in 2019.

To workers in the heavy-construction trades, “He did it” probably means a 55 per cent reduction in provincial highways funding and an 85 per cent cut to the municipal roads program, meaning reduced employment and further deteriorating roadways for Manitobans.

To elected officials at every other level of government, “He did it” might refer to a by-default adversial attitude that has made bilateral or trilateral cost-sharing agreements difficult to achieve, thereby putting millions or billions of program-ready dollars at risk.

And to Manitobans who might soon find themselves in a province dealing with the effects of extreme spring flooding or the consequences of lower-than-anticipated economic performance, “He did it” might refer to single-mindedly pushing through a PST reduction, effectively removing $330 million annually from the provincial treasury, before real-world indicators showed it to be prudent.

There are a lot of different ways to look at it, but there’s no arguing that Mr. Pallister did it. Just as he promised he would. 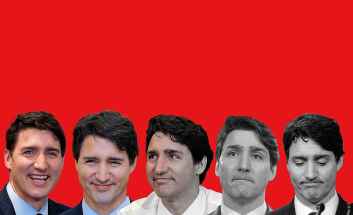 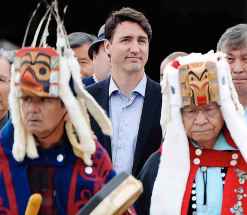 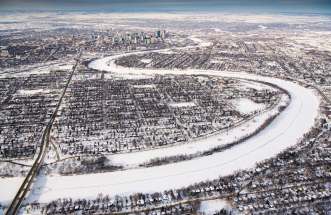 Into the Music spinoff closing this summer 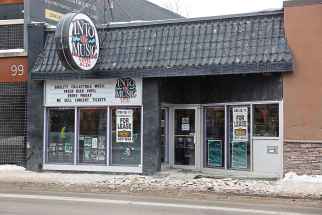 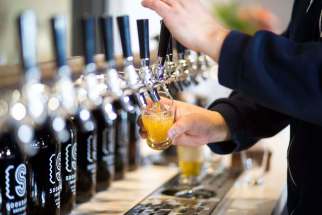 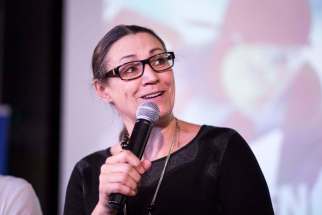 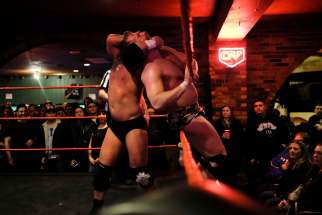 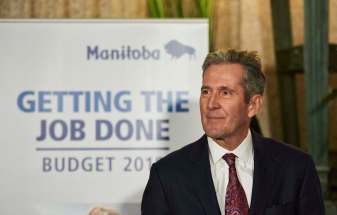 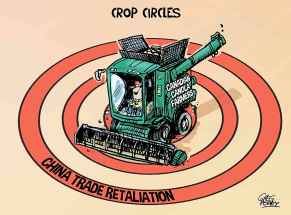 Get a ringside seat with the fans who started Winnipeg Pro Wrestling Editorial cartoon for March 8, 2019