Two candidates had registered to run for city councillor in the Fort Rouge – East Fort Garry ward by the Sept 20 nomination deadline. The municipal election takes place on Wed., Oct. 26. 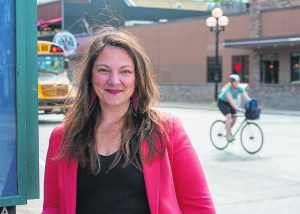 Prior to becoming the city councillor for Fort Rouge – East Fort Garry in 2018, Sherri Rollins was senior advisor to the National Inquiry into Missing and Murdered Indigenous Women and Girls and chairperson for the Winnipeg School Division. She has served on the executive policy committee as chair of protection, community services and parks and is part of Mayor Bowman’s budgetary working group and Indigenous advisory council. She also serves on the Winnipeg housing steering committee, finance committee, city centre community committee, and five business improvement zone boards.

“I wanted to take the feminist and anti-oppression agenda to city hall,” Rollins said. “I wanted a safer city for women and women identifying people in particular. I wanted to build a safer city by design where pedestrians could walk safely and families could get where they needed to go.”

If re-elected, Rollins said her priorities will be protecting public services from cuts and growing recreation services while focusing on reducing crime and poverty. She also plans to improve public health, promote climate change initiatives (including biodiversity and greenspace plans) and encourage more women to run for office.

“I’m also committed to MMIWG and the rights of Indigenous peoples,” Rollins said. “It’s of critical importance to me, and there’s still structural work that needs to be done.” 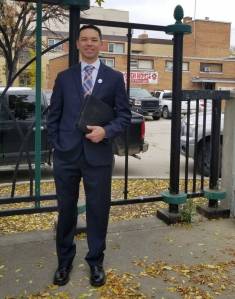 Osborne Village resident Michael Thompson studied computer science at the University of Manitoba before working at Western Canada Lottery Corporation for 25 years where he was involved in major corporate projects.

Thompson has competed in several fundraising initiatives and has volunteered his time to organizations in need. He has worked at the Winnipeg International Children’s Festival, Klinic, Winnipeg Folk Festival, the Manitoba Marathon and Habitat for Humanity.

Thompson did not respond to requests for an interview by deadline.