The mission of BBB Foundation is to support the future of the Manitoba and Northwestern Ontario business community, raising up an ethical marketplace for tomorrow, by creating both ethics education and opportunities for students and businesses.

Trade-mark of the International Association of Better Business Bureaus used under licence.

Time to be proactive

Time to be proactive

We live in a reactive society. And that doesn’t just mean our social media vacation photos garnering instant responses from our peers. When something goes awry, we’re quick to demand a reaction. A family-owned diner is burned down, we want a culprit found and money raised for the family. When a community member is attacked walking home from work, we wish them a quick recovery and petition for brighter streetlights.

While all these reactions are positive and necessary, that’s often where we stop. We’ve helped create justice for the victim and made efforts to put in a stop-gap safety measure. That’s more help than many provide, so it’s easy to pat ourselves on the back (rightfully so) and call it a day.

But what if we went one step further? What if we sought the close the gap more permanently? What if we saw these issues as systemic and changeable?

When we hear that first word (“systemic”), we often feel helpless. Systemic issues, by nature, are tough to change. But the second word (“changeable”) gives us hope. We can change the system, step-by-step, to uplift those who are inflicting pain on others. We can give them the tools they need to face challenges in a better way and help them feel part of a community. 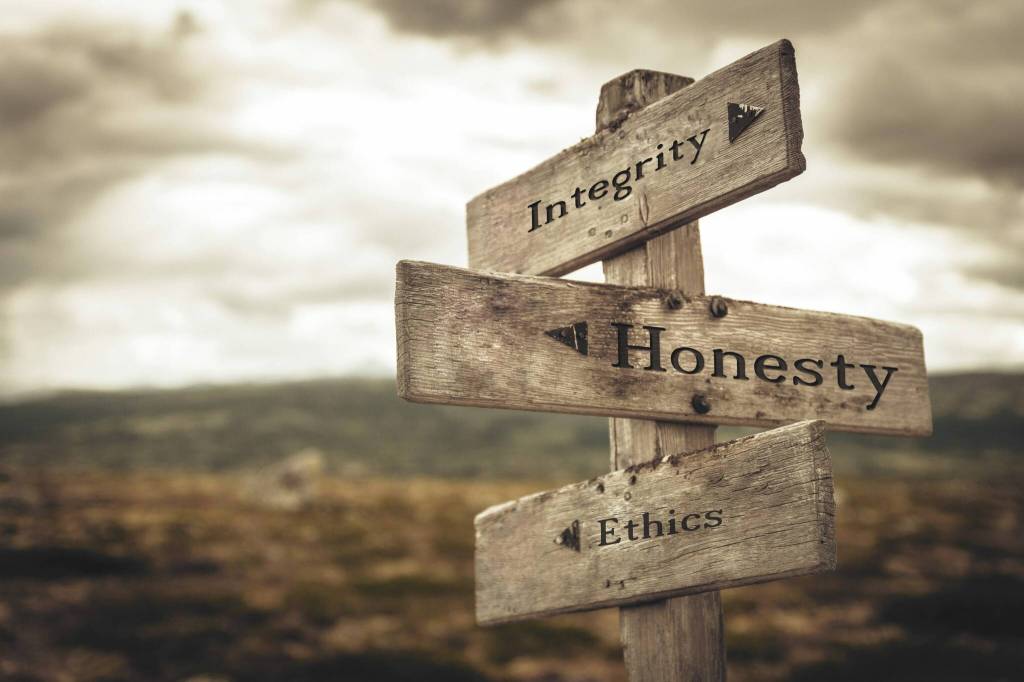 Looking for answers in the wake of tragedy

Looking for answers in the wake of tragedy

What was he thinking?

That’s the question left on so many devastated minds in the wake of a tragedy such as the school shooting in Uvalde, Tex.. We cannot comprehend why someone would take one innocent life, never mind many. For the survivors, the grief, trauma and sadness are compounded by the senselessness of it all.

Researchers have been trying to make some sense of mass killings for years, trying to decipher the root so they can contribute to a solution. They’ve identified patterns in school killers’ lives that may have sparked their violent actions. Those include a history of depression, absence of support at home and school, feelings of rejection and continual despair that turns into a desire for revenge. When such an individual has access to a gun, it becomes a dreadful storm.

Avoiding these storms take a community. That’s not to blame a community for an individual’s actions but it stands to reason (in line with researchers’ findings) that making ethical decisions in various facets of society can help us all live more peacefully together.

School is a place where children of all backgrounds and abilities can come together and learn from each other. 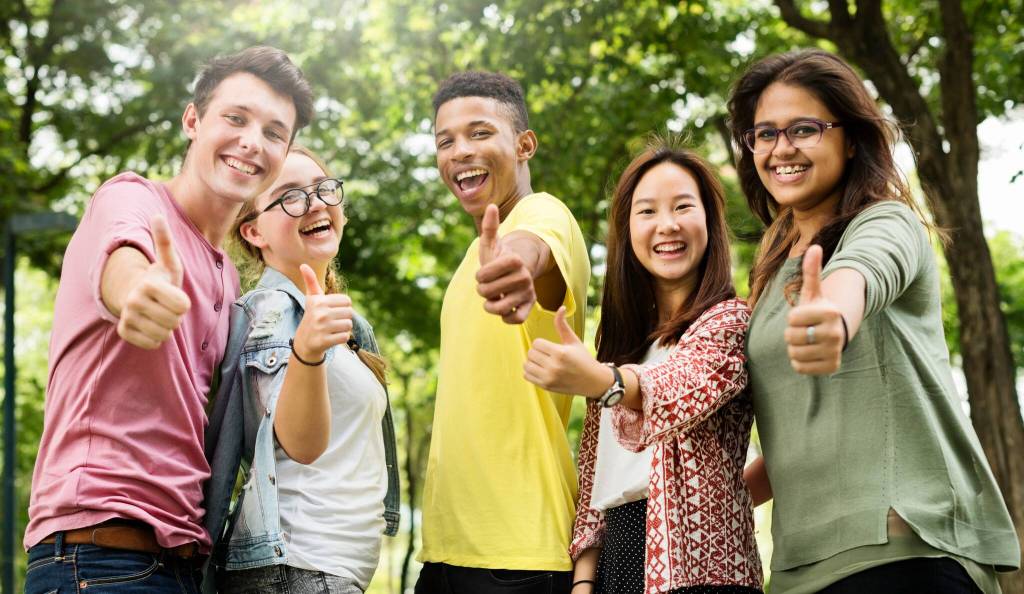 So you’ve graduated… now what?

So you’ve graduated… now what?

There are few moments in life that can replicate the feeling of having a degree or diploma placed in your hands after the years of work and sacrifice it took to obtain it.

It’s a time to be celebrated and cherished. You’ve earned that accomplishment and all the rewards that come with it. But there’s also a moment many experience shortly after the celebration – the “now what?” moment. How do you, one of thousands of graduates across the country, distinguish yourself enough from the others so that you can find work in your desired field?

Many students will have the same educations listed on their resumes and similar work experience. So, if you’re wondering how you can stand out, the answer is, quite simply, soft skills. This may seem odd to someone who has spent the last few years studying and perfecting hard skills. But it’s true. Research shows more employers are looking for candidates with strong character traits, as they believe those can be the biggest indicator of how much success a new employee will have at a company.

According to the University of Ottawa, the top soft skills employers are looking for include professionalism, communication, adaptability, time management, leadership and critical thinking.

When faced with job applicants who have similar educational backgrounds, prospective employers often look to see what sort of soft skills candidates may have. 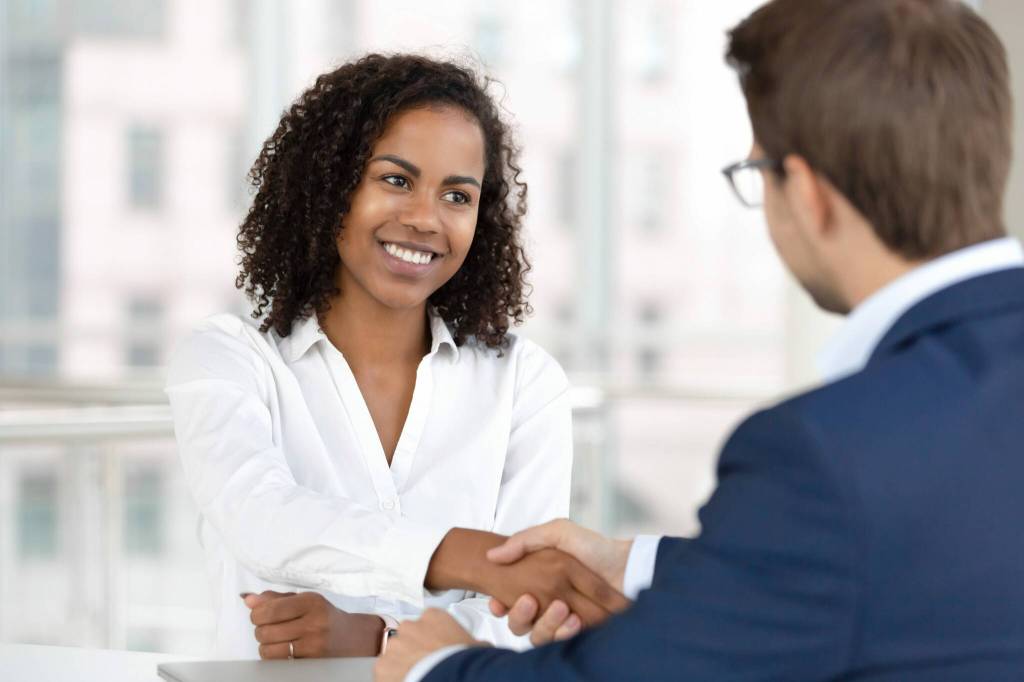 When headlines are stuffed with scandals and corporate greed appears to take over, many envision the people involved in these schemes or crimes as deceitful, vile people. As reported by the Harvard Business Review, a former federal prosecutor was shocked to find ordinarily good people accused of committing corruption. They were good people who made bad choices.

Most people don’t make unethical decisions because that’s what they decided to do when they woke up that morning. Most haven’t planned such behaviour for years, either. Many people get caught up in corporate crimes due in part to the corporation they are a part of.

Some companies put an overwhelming amount of pressure on their employees to hit unattainable targets or goals that make them feel as though they must cut corners, otherwise they’ll face reprimand. Others treat their employees unfairly, to the point that resentment grows and the employee feels justified in retaliating by doing something unethical to “get back” at the employer. A common example of this is stealing or lying on expense claims.

Other organizations model unethical behaviour, which then permeates through the personnel. If a boss makes comments such as “let’s leave those unflattering numbers out of the presentation,” for example, others in the meeting know that’s the kind of work the boss is looking for and expecting. They begin to think it’s encouraged to lie or fudge the truth to attain goals. This can contribute to misguided loyalty as well, wherein employees know what they’re doing is wrong but still feel they’re doing the right thing for the company.

Workplace theft or unethical corporate behaviour can be aided by misguided corporate culture. 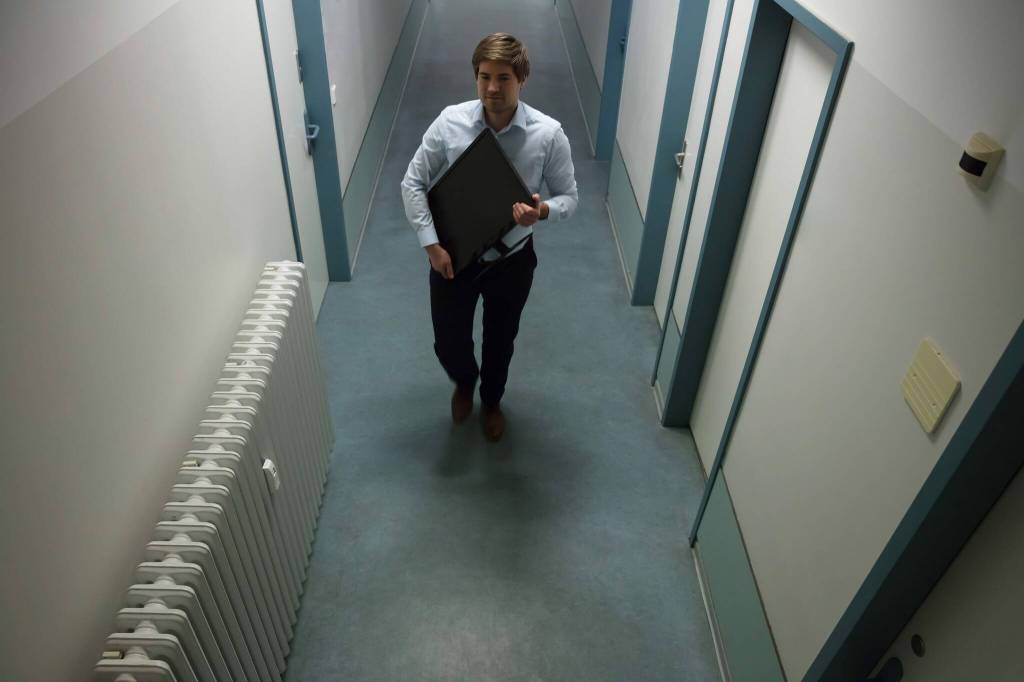 Practice makes perfect, even in ethics

Practice makes perfect, even in ethics

It’s not until after high school that many of us are exposed to ethical dilemmas, such as the trolley problem or prisoner’s dilemma.

We may discuss these scenarios in a university philosophy class or around the dinner table with family or friends. They’re engaging topics because they cause us to turn the spotlight on ourselves and really examine where our values lie. They also help us think about how we can, and should, react in real-life situations that may be sticky or complicated.

But what if our youth got practise in this? What if they were encouraged to discuss moral dilemmas more appropriate to their particular age groups?

For example, what would they do if they heard classmate A stole money out of a locker but classmate B was about to get suspended for the crime? They never witnessed the event, so how should they proceed?

There is a lot of hope to be had when we look into the eyes of our next generation. Young people are creating ingenious inventions to address some of our world’s most pressing problems, organizing large-scale initiatives to help society’s less fortunate, and starting entire movements to support each other.

But what about students who struggle simply to make it to school? Those who have fallen through the cracks of family and government agencies? Or those who find themselves unable to focus, distraught by the chaos unfolding as they left their homes that morning? Should we leave them to fend for themselves? Marked unlucky at birth with a life full of hardships ahead of them?

As a community, we have a responsibility to help and guide all our children. It’s why we have laws such as mandatory reporting of suspected child abuse. It takes a village to raise a child, to protect them, and to give them the skills and advice they need to lead happy, successful lives.

Dreamstime.com
The Better Business Bureau Foundation's LIFT program provides young people with the tools to make ethical decision and to realize they must work together to help lift each other up. 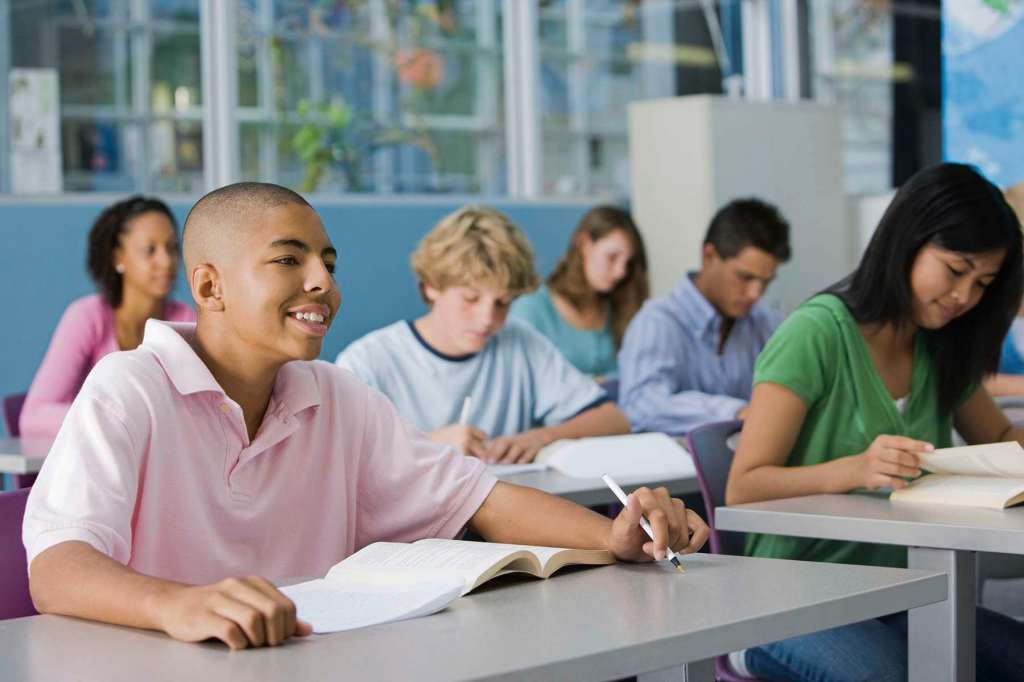 The repetition of decision-making skills

The repetition of decision-making skills

That’s something most researchers, even those who debunked Malcolm Gladwell’s 10,000-hour expertise theory, agree on. Even if practice doesn’t make perfect, it makes you better than yesterday, and over time, pretty darn good.

But how often do we deliberately practise our soft skills, such as responsible communication and ethical decision-making? Do you spend hours repeating your ‘pleases’ and ‘thank-you’s’? Sit down and rewrite disrespectful phrases into respectful ones? Walk the streets, seeking injustices in which to intervene?

Practising soft skills can be difficult, because they’re often reactions - and the situations they react to are diverse and different every time.

Dreamstime.com
Just like playing catch, decision-making skills can be practised until they become second nature. 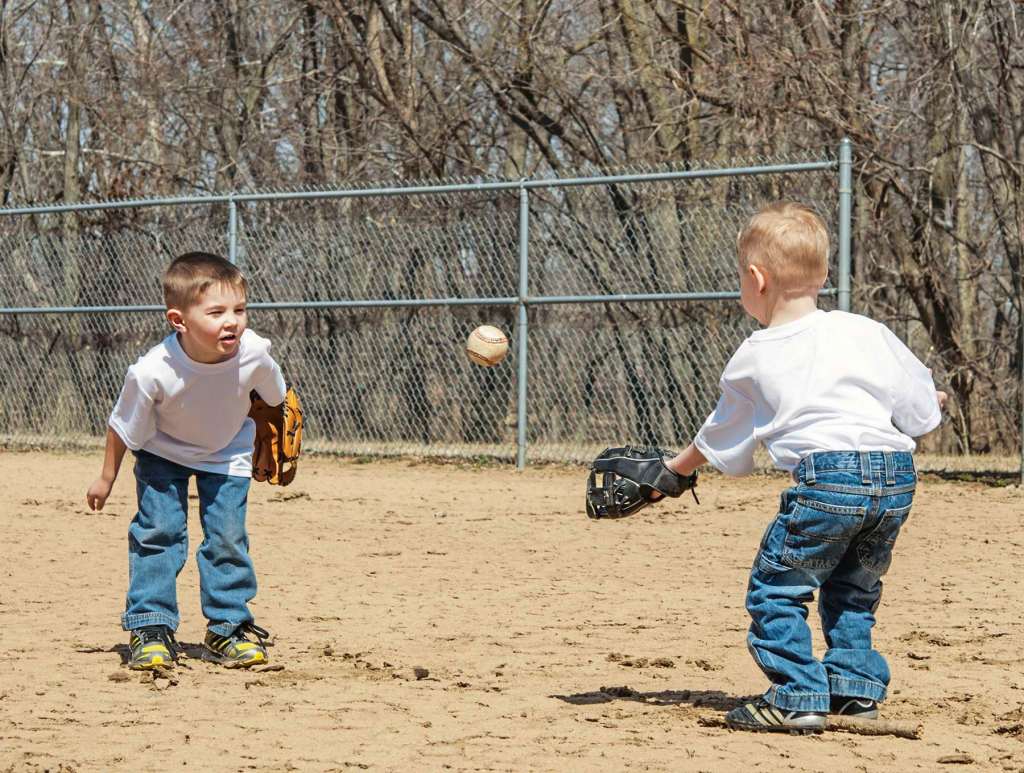 Navigating boundaries in a blurry world

Navigating boundaries in a blurry world

Do you have a “work family”?

Someone you consider a mentor, like an older sibling? Someone you can joke around with? A close friend? Or perhaps there’s someone you often disagree but with whom you must learn to co-operate?

This is only natural when we spend about a third of our lives at work. But sometimes the lines between professional and personal can be blurred to a point that creates conflict in the very place we can’t escape.

Maybe you’re in the position to grant a promotion to someone, but your favoritism for a friend makes that difficult for everyone involved. Maybe you’ve become so relaxed around your colleagues that you say something inappropriate and offend someone without meaning to. Maybe a co-worker asks you to lie to your boss on their behalf and puts you in a compromising position.

Dreamstime.com
The BBB Foundation’s LIFT program can help you work your way through difficult workplace conflicts and situations. 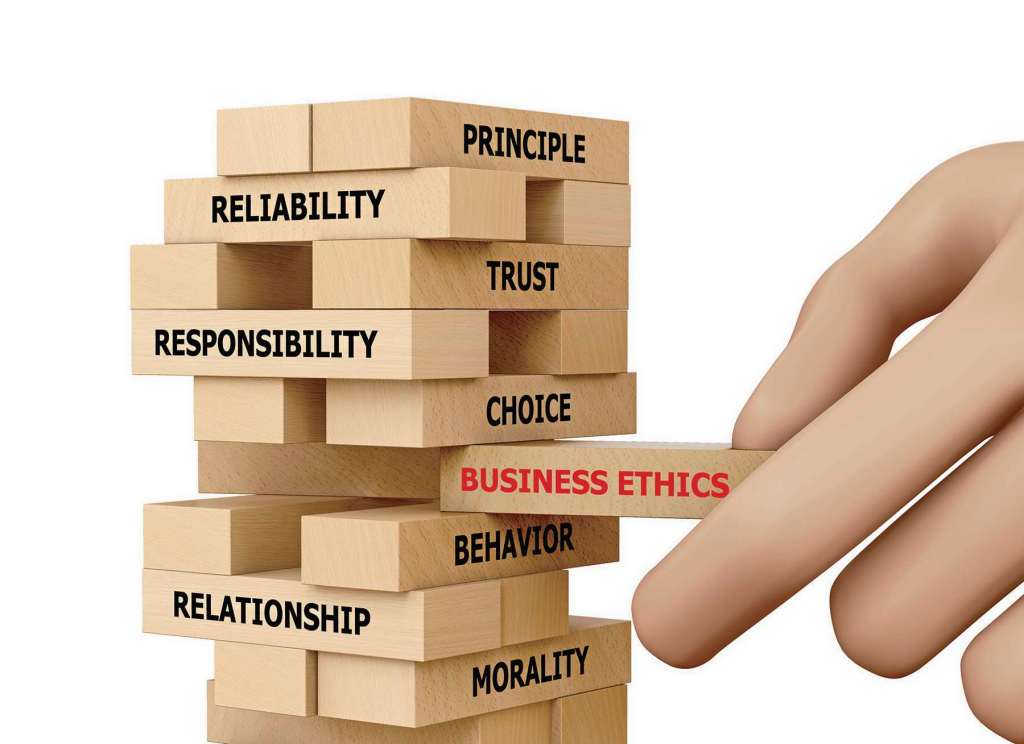