A new home for public learning is taking a page from the former community of Rooster Town and writing a new chapter on universal design.

On May 1, the City of Winnipeg released the proposed design for the new Bill and Helen Norrie Library, which will be built at the corner of Cambridge Street and Grant Avenue, as part of the Grant Park Recreation Campus. The library will replace the River Heights branch and is expected to be open in the fall of 2020.

Ed Cuddy, manager of library services with the City, said architects from LM Architectural Group took inspiration from the primarily Métis settlement that called the area home until the late-1950s, when it was razed for commercial and residential development.

“LM was somewhat influenced by the history of the land here,” Cuddy said. “LM has echoed some of the features of the homes, and almost taken a big home approach to the concept.”

According to Cuddy, the City has been consulting families who called Rooster Town home to recognize the community and its contributions to the City of Winnipeg throughout the Grant Park Recreation Campus. The library, with its pitched roof, wood panelling, significant outdoor reading space, and earth tones, will be a reminder of the area’s history.

The library will also display recorded images of Rooster Town, artifacts and books, Saskatoon berry fabric patterns and lighting features, and a concrete seating feature at Grant and Cambridge with a message in Michif, welcoming visitors.

The Bill and Helen Norrie Library will be the fifth branch in the City’s library redevelopment strategy, a capital program to replace eight branch libraries. The St. Vital and Windsor Park branches have already been completed and the Transcona Library was opened in March.

“We try to make our libraries in this new program of building, responsive to the community, and echo the community in some way,” Cuddy said.

At 14,000 square-feet, the library has a class three estimate of $6.3 million (-20 per cent/+30 per cent) and nearly doubles the footprint of the current River Heights branch on a single level. There will be 40 vehicle parking spaces provided on-site, in addition to bicycle parking, and active transportation links.

Cuddy said some of the existing trees on the property will be lost, but they are working with an arborist to protect sensitive species, and have several new trees planned for the site.

Inside, the library will have plenty of flexible space, a multi-purpose classroom, tutorial rooms, children’s area, computer stations, collection area, and self-checkout stands. Cuddy says the interior design
addresses the new ways in which the public are using libraries.

“Certainly, nowadays people are using libraries a lot, but they are using them differently than they used to,” Cuddy said. “People bring their own resources with them as well. So a lot of people visit the library because it’s a quiet space… a space where you can come and connect to wireless, use your device, maybe you’re downloading resources that we provide through our virtual library.”

The Bill and Helen Norrie Library will also be the first City of Winnipeg facility to offer a universal bathroom exclusively. The new library branch will have a non-gender specific washroom with five private stalls, two private accessible stalls, a private family stall, and a row of shared sinks.

At an information session held in the lobby of Pan Am Pool on May 1, some attendees vocally raised their opposition to the non-gender specific bathroom layout, suggesting they may be unsafe.

Cuddy said the design was selected to provide an accessible space for all library patrons, and while library services is aware universal bathrooms can be controversial, their research shows improved safety and accessibility.

“There is an increasing trend towards building facilities — public facilities, rec centres, even restaurants — with universal washrooms,” Cuddy said. “And that’s something we wanted to do here because we felt it was important to stay with the curve.

“It makes it a universal amenity for everyone: for people who are transgender or don’t define themselves by gender, we think it will be a safer space,” he said.

“Once people adapt to the change, it’s a good thing.”

The City is still collecting feedback on the proposed library design — a survey is online until May 17 — and the project will be going to tender soon after detailed design is complete.

The library is named after Bill Norrie, Winnipeg’s mayor from 1979 to 1992, and his wife, Helen Norrie, a public school teacher and librarian who served as the honorary campaign chair for the Cornish and St. John’s centennial renewal campaign.

For more information go to winnipeg.ca/norrielibrary 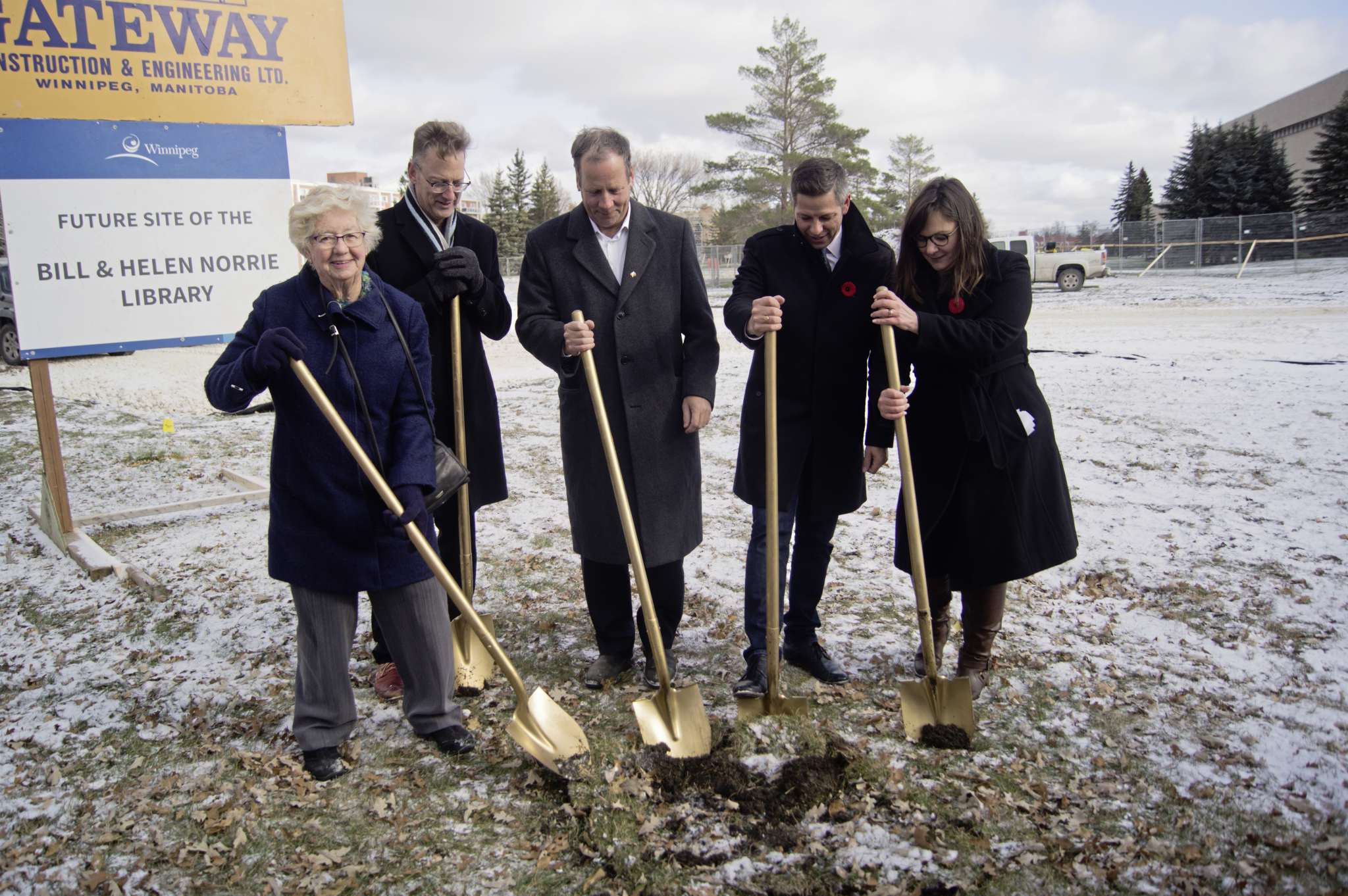