The developers behind a massive residential mixed-use project in Osborne Village hope to revitalize the strip by turning a piece of land left to waste into a new destination.

Lee, principal at Pre-Con Builders and the applicant for the proposed development, told the committee they plan to build three residential mixed-use buildings with 207 apartment suites across two lots, a total of 54,110-square-feet.

At 160 Osborne St., the apartment block will be six storeys and have 89 residential units. The ground floor will be reserved for commercial development, with one or two units for restaurant and retail space proposed on the west side of the building.

At both 425 and 424 Wardlaw Ave., Lee said there will be 59 residential units and “live-work” units on the main level of the four-storey buildings.

Loepp, chief operating officer for developer Private Pension Partners, said all of the residential units will be rental suites and they’ve incorporated a few universally accessible units as part of their plan. Parking for the development will be handled on-site, with nearly one space per residential unit, including at-grade and underground parking.

“We’ve gone to finalizing what we believe is something that does fit the urban fabric of Osborne Village,” Loepp said.

“We’re neighbours in the Village. We want to become an important part of the Village and so that’s why we’re very sensitive to what the Village character is and we want to maintain that.”

Basil Lagopoulos, a longtime resident of Osborne Village and landlord in the area, appeared in support the proposal and said the project is in line with his family’s vision for the Village as a place that promotes a lifestyle counter to “massive malls,” suburban sprawl, and cookie-cutter housing, referencing the 1962 song Little Boxes by Malvina Reynolds.

He also encouraged redevelopment of the former hotel site, which has been vacant since the end of November 2015.

Karen Shanski, lead architect with BLDG Architecture Office, said the development integrates balconies, central courtyard spaces, and introduces new architectural expressions of scale, pattern and colour to the Village. She said most suites will be well appointed one-bedroom units, and the “live-work” suites on the ground floor will give tenants a chance “to incorporate their creative life back into the fabric of Osborne.”

The proposal was not without its objectors, however. Neighbours turned out to the committee meeting to voice their concerns about variances for reduced setbacks, parking, and the closure of the public lane.

According to City administration, the closure of the lane was required to make the development possible. The committee approved the sale of the lane to the developer which will allow them to build the required underground parking.

As a condition of the approval, the lane, while privately owned, must remain publicly accessible for pedestrians and cyclists.

Vehicle access to the lane will be restricted to delivery and moving vehicles only. The design of the lane, according to City administration, will be a Dutch woonerf style, which provides traffic calming and prioritizes pedestrians, cyclists, seating and socializing through specific design interventions.

The applications must be approved by city council and plan approval (which includes design) will be considered by community committee at a future date.

“It meets the character of Osborne Village, it has hidden parking, but parking nonetheless. It adds to mixed housing and I want to point out how happy I am that it includes accessibility and aging in place, including some universally accessible units.”

Rollins said she believes neighbourhood concerns about lane way access will be appeased once they have a glass of wine in hand at the proposed restaurant patio.

“It is the life of Osborne Village, it is the romance and entertainment, and yes even the patios, that I want you to experience and that which I think you live in the Village for,” she said.

Loepp said development activity could begin on site as early as next summer. 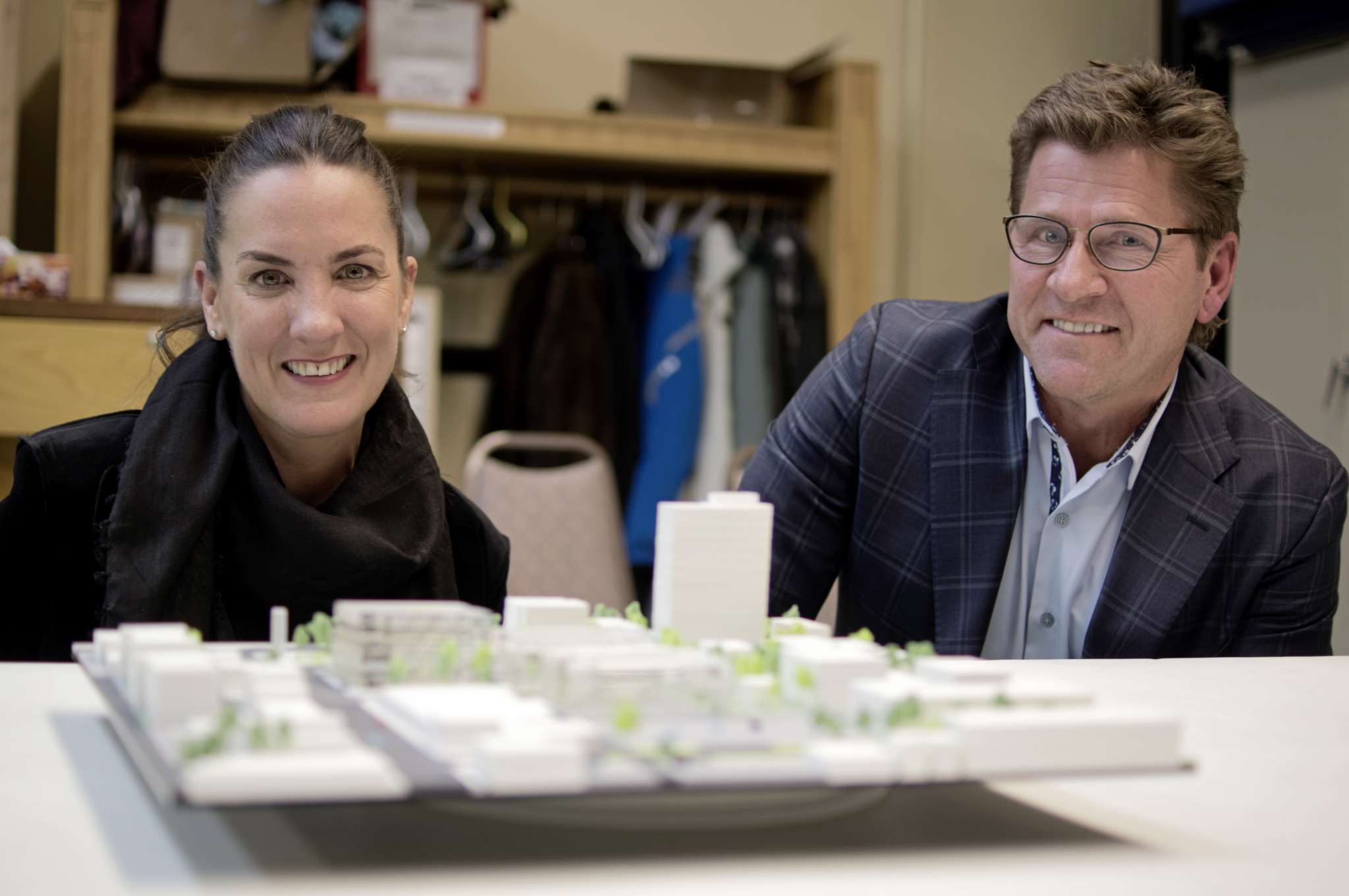