After a hot (and smoky) summer of beach books and backyard reads, the fall slate of fiction titles tends to bring a deluge of provocative and profound prose for all literary palates.

After a hot (and smoky) summer of beach books and backyard reads, the fall slate of fiction titles tends to bring a deluge of provocative and profound prose for all literary palates.

Whether you’re looking for contemplative short-fiction collections, intergenerational stories, a good haunting or even out-of-this-world (or planet) thrillers/fantasy for readers young and old, this fall’s lineup looks as stacked as ever.

Here are 20 of the most intriguing titles to watch for this fall from local, national and international authors…

Out of Mind
By David Bergen (Sept. 14, Goose Lane)

Lucille Black, whom readers first met in David Bergen’s 2010 novel The Matter With Morris, returns to take centre stage in Out of Mind. After her ex-husband Morris publishes a memoir about the fallout from their son’s death in Afghanistan, Lucille hopes to reshape her identity, travelling to Thailand to try to save her daughter from a cult leader and heading to France to attend a wedding of a man she once rejected.

Provincial NDP leader Wab Kinew follows up his lauded 2015 memoir The Reason You Walk with a young-adult fantasy novel in Walking in Two Worlds. Shy, self-conscious Indigenous teen Bugz grapples with the stresses of everyday life on her reservation, but in the virtual world, she’s a fierce competitor in multiplayer video games. When she meets Feng, a boy from China sent to live with his aunt, a doctor on the reservation, the pair form a unique connection both in real life and in the virtual world.

The Great Bear: Book Two of the Misewa Saga
By David A. Robertson (Sept. 28, Puffin Canada)

The second book of prolific Winnipeg author David A. Robertson’s middle-grade fantasy Misewa Saga catches up with Eli and Morgan, back at home following their first foray into the Barren Grounds, each dealing with their own personal issues. In their search for answers they return to Misewa, travelling back in time, visiting their animal friends and discovering that the village is in grave danger.

A companion to her 2016 Amazon First Novel award-winning novel The Break, Katherena Vermette’s new novel spans generations of the Stranger family — mother Elsie, sisters Cedar and Phoenix, the child Phoenix births but won’t get to raise and all those who came before. Their shared bond, struggles and hopes — past, present and future —play out as the women grapple with a system that seems destined to see them fail.

Following the success of 2018’s Parallel Prairies anthology, co-editors Ridgley and Petrash reconvene to deliver more of the weird, wonderful and scary from across the Prairie provinces. This time around the collection of speculative fiction includes contributions from authors such as Chadwick Ginther, S.M. Beiko, Linda Trinh, Bob Armstrong and more.

The Manitoba-born, Toronto-based Toews follows up her 2018 novel Women Talking (which is being made into a film) with a closer-to-home story told by nine-year-old Swiv, a firecracker of a kid expelled from school and home-schooled by her grandmother, who lives with Swiv and her pregnant mom. For homework Swiv is given the task of writing to her absent father, while she in turn tasks her grandmother with writing to Gord, Swiv’s unborn brother.

Three generations of women grapple with gender, reproductive freedoms and building authentic lives outside of traditional family/marital structures in the Quebec-born author’s latest. Missy is the frontwoman of a band in the mid-1990s, living the rock ’n’ roll lifestyle. Carola, her absent mother, is reeling from the fallout of a sex scandal at a yoga centre when she sees Missy on the cover of magazine. Carola’s mother, Ruth, takes in Missy after an incident and lays plans to bring the women in her family back together again.

Angus McLintock, first introduced by Terry Fallis in The Best Laid Plans and The High Road, is back in office, having been re-elected as MP and promoted to junior global affairs minister. On a trip to London, Angus and Daniel, his chief of staff, encounter a shady MI6 agent who details a Chechen plot to assassinate the Russian president while he’s in Ottawa in mere weeks. The pair are left to uncover the plot before it’s too late.

Crime, war, redemption and retribution are at the core of Guy Vanderhaeghe’s latest sprawling novel. In 1939, a constable confronts Ernie Sickert about a rash of pranks in a small prairie town. After an act of violence, Ernie flees with 12-year-old Loretta as a local corporal and two war vets give chase. They meet Vidalia, reeling from the loss of her lover in the Spanish Civil War, and her relationship with one of the vets complicates matters.

The Mystery of Right and Wrong
By Wayne Johnston (Sept. 21, Knopf Canada)

The Newfoundland-born author reveals dark family secrets in this fictionalized account of real-life events, as a young would-be writer falls in love with Rachel, youngest of four South African-born daughters. Each of the sisters is emotionally wounded in her own way, and Wade soon learns the truth behind the scars, the damage done by their father and the grim reason for Rachel’s obsession with The Diary of Anne Frank.

A Dream of a Woman
By Casey Plett (Sept. 21, Arsenal Pulp)

The Winnipeg-born Plett, winner of the Amazon First Novel Award for her 2018 novel Little Fish, returns with a collection of a dozen stories that place transgender women seeking stability and truth at their respective centres. The stories here offer ruminations on “partnership, sex, addiction, romance, groundedness, and love,” some of which feature landmarks which will be familiar to Winnipeg readers.

Taking inspiration from real events in mid-1970s Vietnam, Thúy’s latest sees an abandoned baby being cared for by Louis, the child of an American soldier living on the streets of Saigon. Louis and the baby, dubbed em Hong, serve as the jumping-off point for Thúy’s exploration of stories filled with pain and trauma, as well as the growth of the nail salon industry dominated by Vietnamese expats around the globe.

The final instalment of Alexis’ quincunx, a sequence of five philosophical novels, offers his take on romance — albeit via the breaking of conventions of the romance novel. A woman of Welsh and Kenyan heritage falls in love with a man and is given a ring and three books by her mother, who believes the ring is magical, and can change either three character traits or one physical and one inner trait before they’re married. Decisions await.

A finalist for the Governor General’s Literary Awards in French and now translated to English, Quebec Innu author Fontaine’s novel follows Yammie, a young Innu teacher returning to her northern Quebec community after 15 years in exile. The language and drama teacher, seeing a town mired in despair, is tasked with directing the end-of-year play, working with the youth of the community to find some light amid the darkness.

Canada’s favourite astronaut makes his first foray into adult fiction with a space race thriller set in the 1970s. Russian and American crews both set out to the moon in top-secret missions to find a hidden lunar bounty. But one of the three astronauts in the American vessel may not be who they claim, and with help hundreds of thousands of kilometres away, the stakes couldn’t be higher.

Beautiful World, Where Are You
By Sally Rooney (Sept. 7, Knopf)

The Normal People author’s latest introduces readers to Alice and Eileen, best friends in their thirties on very different paths. Novelist Alice meets Felix and decides to travel to Italy with him. Eileen falls in with childhood friend Simon after a breakup. Together the four grapple with desires, relationships, friendships and the world in which they move. Will the future offer darkness, or some sort of beauty?

The two-time Pulitzer winning author (The Underground Railroad, The Nickel Boys) has set his latest in 1960s Harlem, following furniture salesman Ray Carney, who is expecting his second child with wife Elizabeth. Ray’s shady background connects him to a string of crooks, and when he’s pulled into a heist gone wrong, a new type of low-life clientele start hanging around, putting his life and reputation in jeopardy.

The author of the Pulitzer-winning The Overstory is back with a novel that contemplates the fate of our children. Theo, a young widowed astrobiologist, has found a way to search for life on other planets in deep space. His nine-year-old son Robin, meanwhile, is a boy with deep thoughts and troubles, facing expulsion after a violent incident at school. Theo must consider psychoactive drugs, and a new life, for his son as they watch their own planet’s gradual destruction.

Set in Chicago in 1971, Franzen’s latest opus, the first of a trilogy to span three generations, takes a deep dive into the Hildebrandt family. There’s Russ, a pastor of a suburban church thinking about leaving his wife, the mentally unwell Marion, and their three children — returning college student Clem, budding rebellious high-school student Becky, and Perry, the youngest and a pot dealer looking to make a change. Each face moral crises in their search for their own brand of freedom.

The award-winning Minnesota author and bookstore owner’s latest, a ghost story of sorts, begins on All Souls’ Day 2019, the day Flora, one of a Minneapolis bookstore’s most annoying customers, dies. Over the course of the next year she haunts the shop while Tookie, an employee, must determine why the bookstore is being haunted while coming to terms with current events in the Twin Cities. 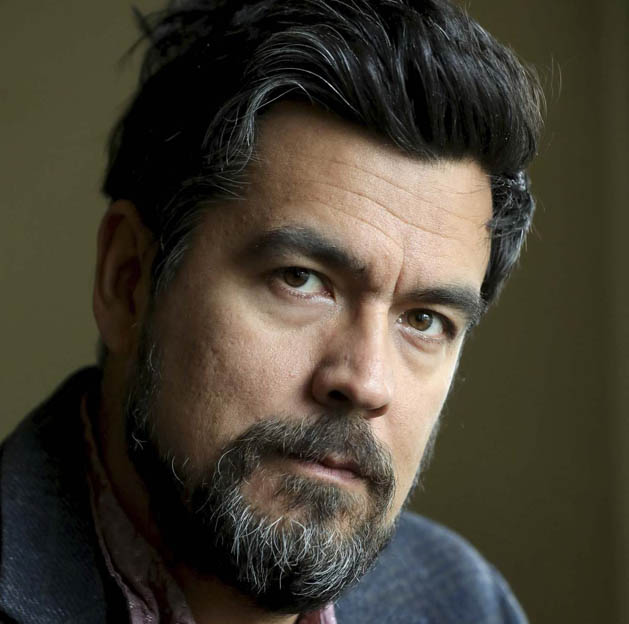