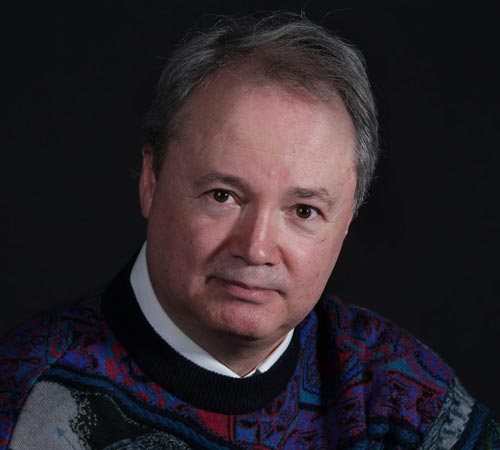 Kevin Rollason is one of the more versatile reporters at the Winnipeg Free Press.

Whether it is covering city hall, the law courts, or general reporting, Rollason can be counted on to not only answer the 5 Ws — Who, What, When, Where and Why — but to do it in an interesting and accessible way for readers.

A typical shift for Rollason could see him interviewing the prime minister or premier, and then reporting on a homicide.

In recent years, Rollason has also helmed the paper’s annual Pennies from Heaven campaign to help feed the hungry during the Christmas season.

Kevin won a National Newspaper Award in 2015, for his coverage of the inquest into the death of Brian Sinclair, and shared a citation of merit from the NNA in 2005 for coverage of the fatal crash of a Fedex plane in Winnipeg.

During his career he has been named medical reporter of the year in 2014, by the Canadian Association of Emergency Physicians, and received the 2015 Hollobon Award for excellence in medical reporting from the Health Care Public Relations Association Canada.

He also received an honourable mention in the 2015 Canadian Hillman Prize in Journalism, the Golden Hand Award from Volunteer Manitoba, as well as honours from the Canadian Medical Association, Thompson Newspapers, the Society for Manitobans with Disabilities, and the Huntington Disease Association.

Kevin was lauded by the Canadian Newspaper Association’s annual Great Ideas category in 2009, for his annual end-of-year obituary feature.

A six-year-old girl forced to abandon her gymnastics training when her family fled the war in Ukraine has struck gold in her adopted province. 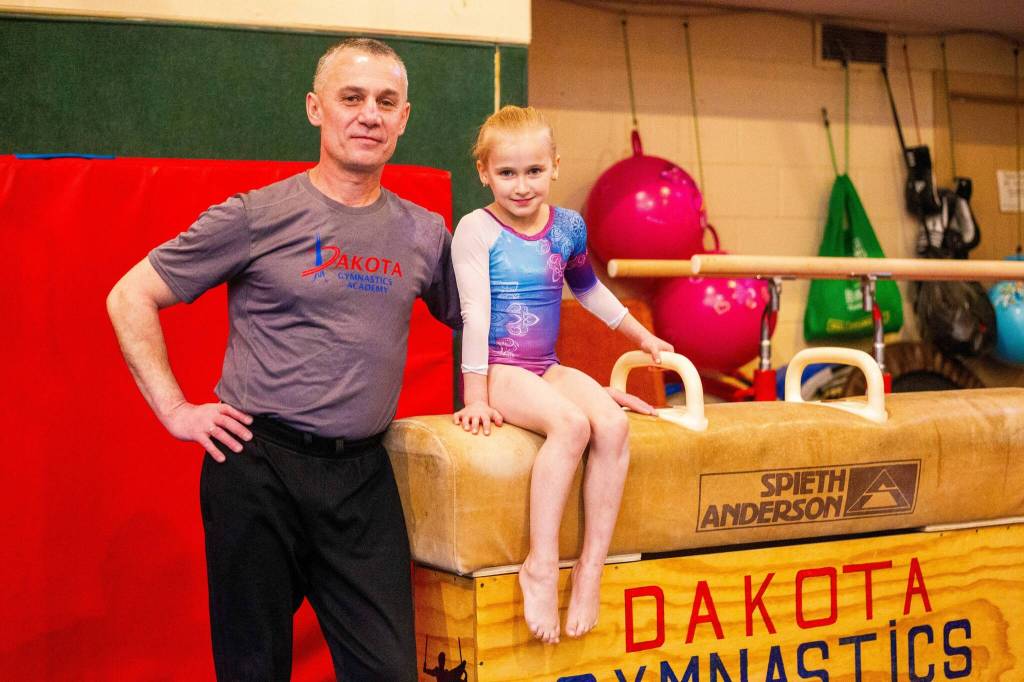 Six seniors were taken to hospital and 25 were assessed by paramedics after fire broke out in an eight-storey North End seniors residence early Thursday.

Six seniors were sent to hospital for smoke inhalation after a fire broke out at St. Josaphat Selo-Villa. 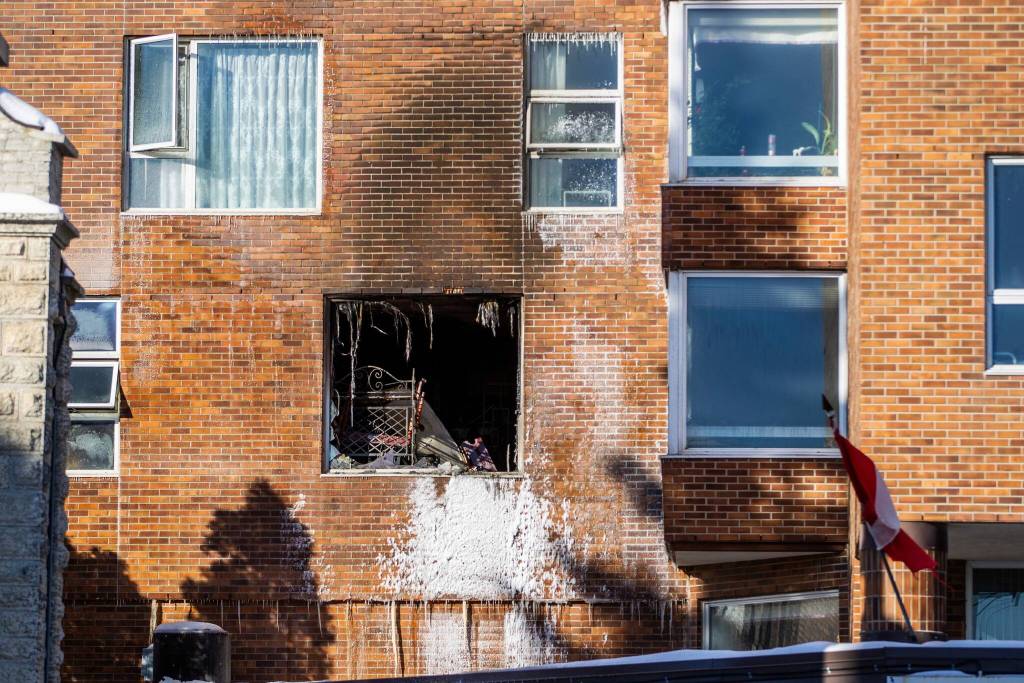 A majority of Manitobans believe the country is in a recession, but a local economist says that’s not the case. 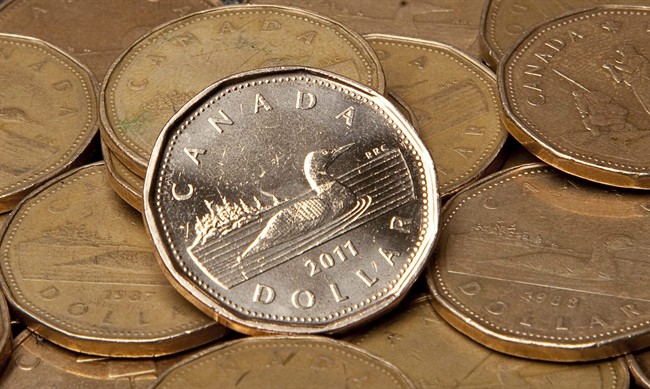 Peguis First Nation is being sued for nearly $170 million, related to loans it took out to build on-reserve housing and buy land in Winnipeg.

Peguis First Nation, led by Chief Glenn Hudson, is being sued for nearly $170 million, related to loans it took out to build on-reserve housing and buy land in Winnipeg. 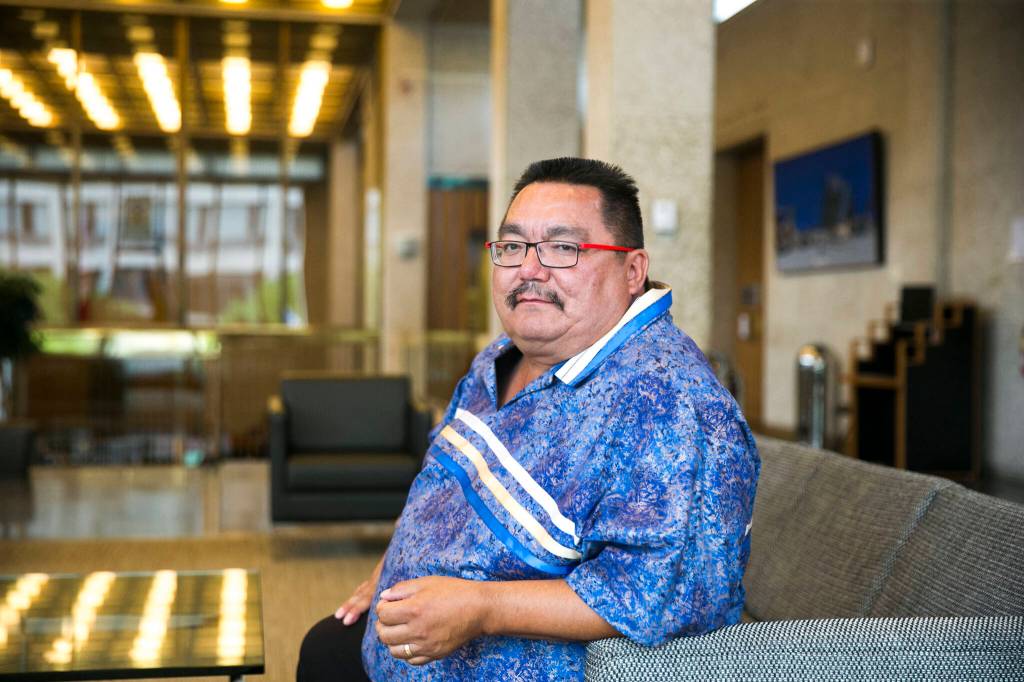 A former Winnipeg television anchor who gained further notoriety for robbing banks is back in the spotlight a year after being granted parole.

A suspect — later identified as Steve Vogelsang — is shown in a screengrab from video from the Medicine Hat Police Service Facebook page.

The Manitoba Court of Appeal normally has eight full-time judges. However, its bench strength has dropped to four. 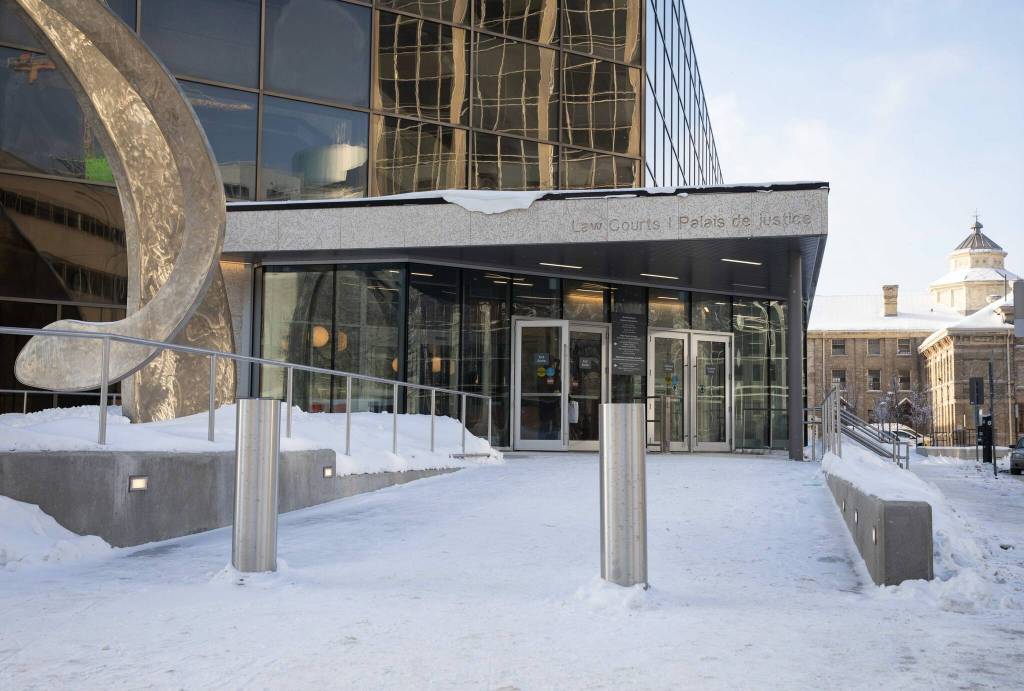 On July 1, 2020, the 27-year-old died after being shot in the back of the head while walking with her cousin to a Winnipeg convenience store to get snacks so they could watch a movie at home.

Two male teens convicted of the Canada Day murder were sentenced Monday: one to an adult sentence of life imprisonment with no chance of parole for seven years; the other to a seven-year youth sentence.

27-year-old Danielle Cote died after being shot in the back of the head while walking with her cousin to a Winnipeg convenience store. 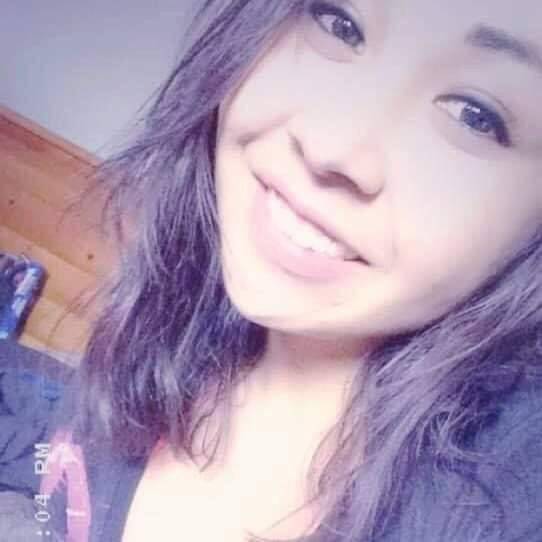 This could be the year Winnipeggers find out if they can be like Brandon residents when it comes to getting rid of potato peelings and expired lettuce. 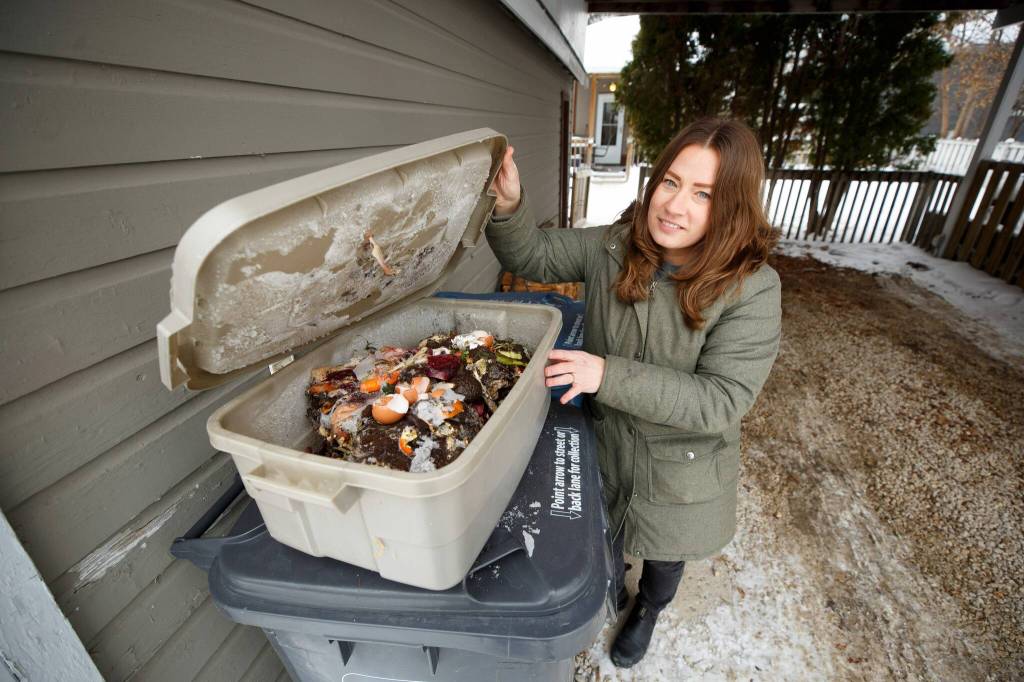 The city has added more names to its lawsuit over the controversial Winnipeg Police Service headquarters construction project, prompting at least two of them to file counterclaims of their own.

After no charges were laid following an RCMP investigation. the city launched a lawsuit against Caspian Construction and several sub-contractors in January 2020. (Boris Minkevich / Winnipeg Free Press files) 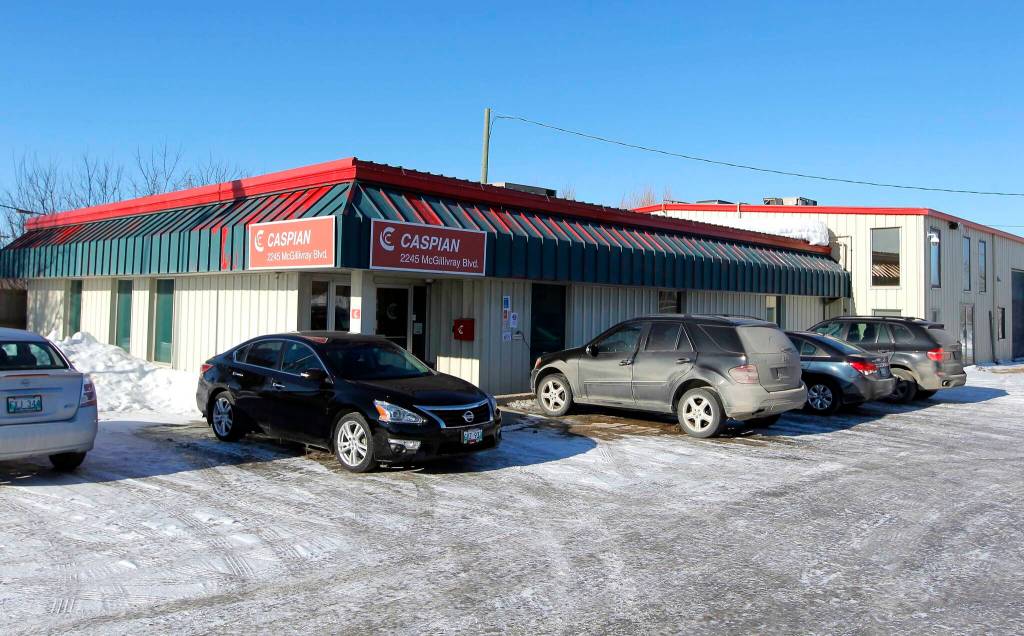 Drinking in Manitoba was already drying up

Drinking in Manitoba was already drying up

Staff at places such as Kenaston Wine Market are seeing more people buying something other than wine. (Daniel Crump / Winnipeg Free Press files) 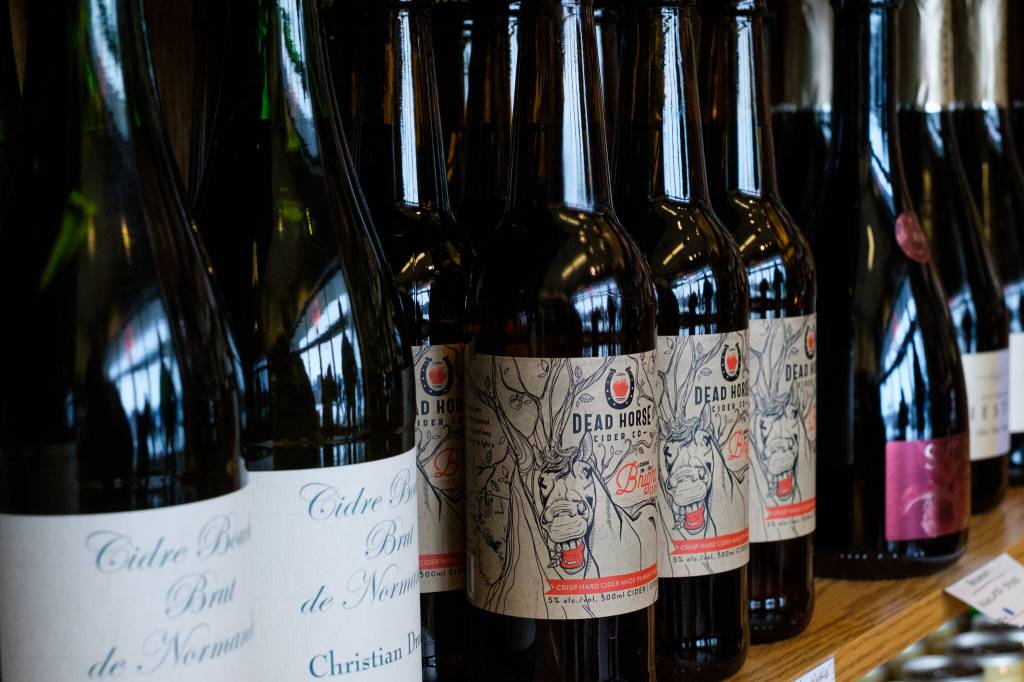 Seniors living in a downtown long-term care home have been without running water since the weekend.

Beacon Hill Lodge, at 190 Fort St., had its municipal water supply shut off on Sunday after a leak from its main water-supply line was discovered. 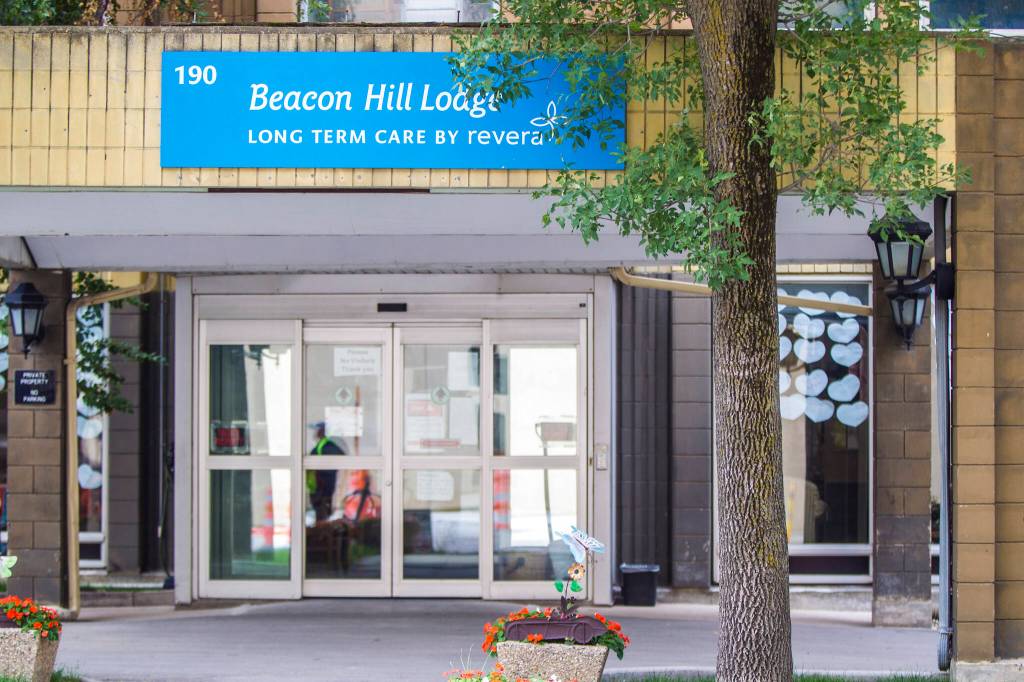 Two unresponsive people found in Winnipeg bus shelters and revived by naloxone in recent days have pushed the issue of safe drug consumption sites back into the spotlight.

The bus shelter at Goulet Street and Tache Avenue. 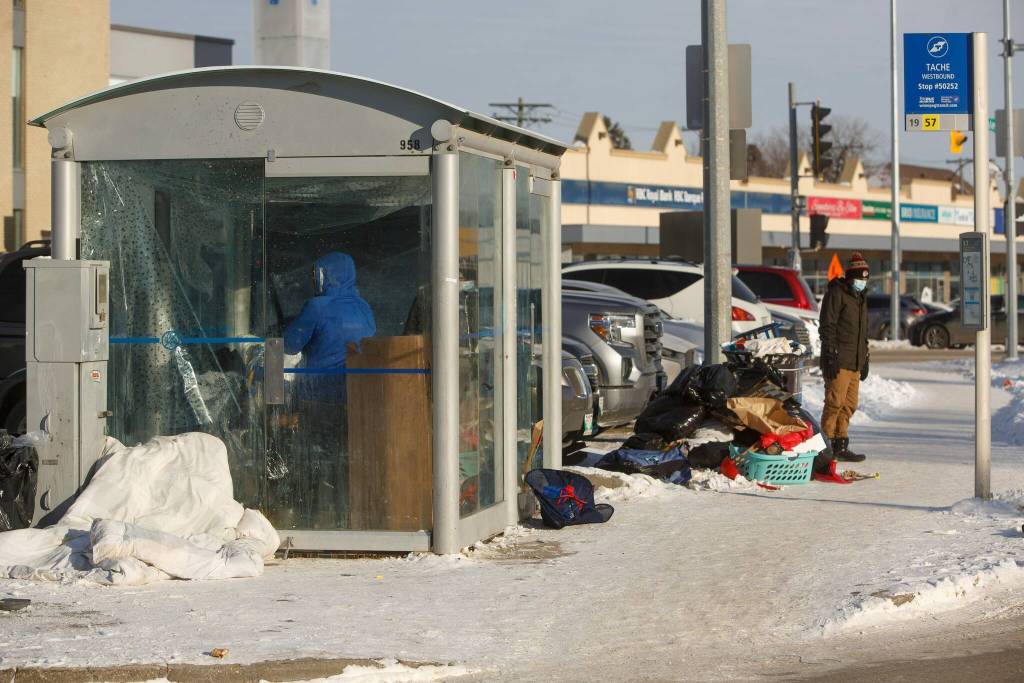 Free Press readers helped scale the mountain once again with their generosity in helping bring cheer to the people who needed it most this holiday season. 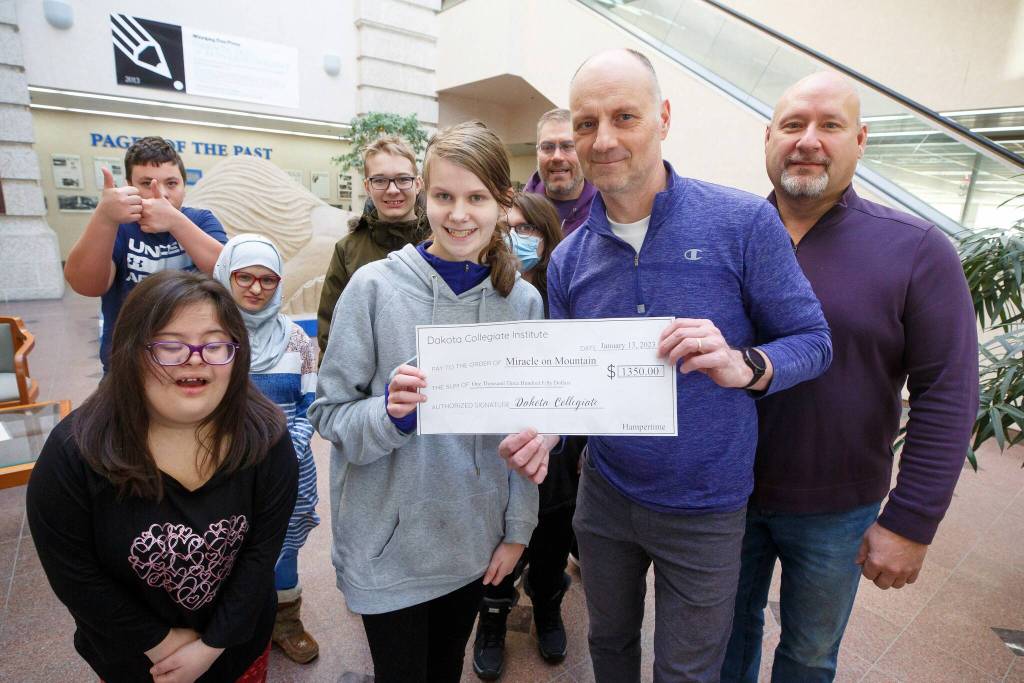 A local architect is hopeful the proposed multi-unit residential development proposed for the Polo Park area can be a showcase for building a development not dependent on vehicles to get people around.

Renderings of Shindico proposal for development around Polo Park. 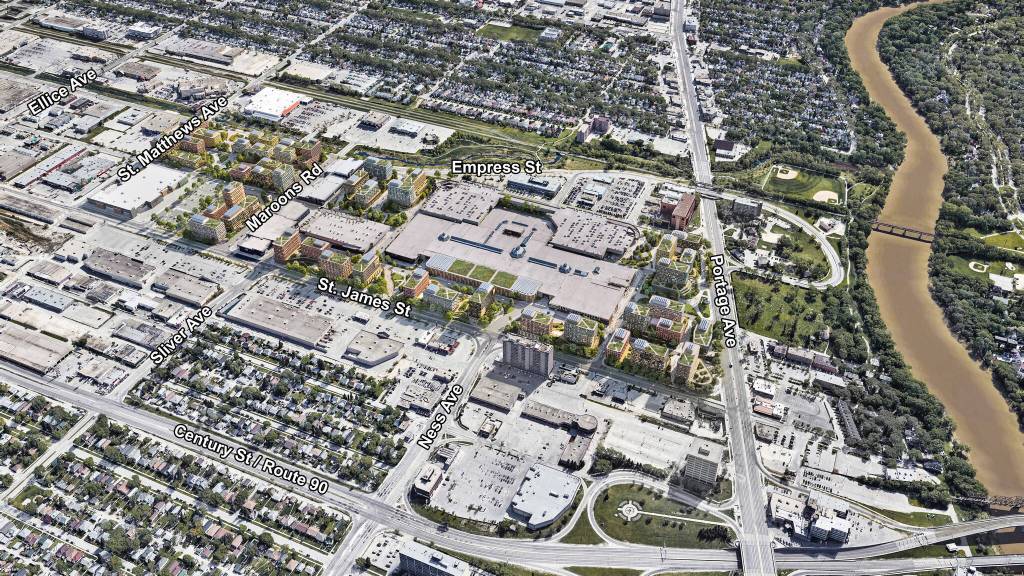 Out of the blue, white street lights are taking on a purplish hue. 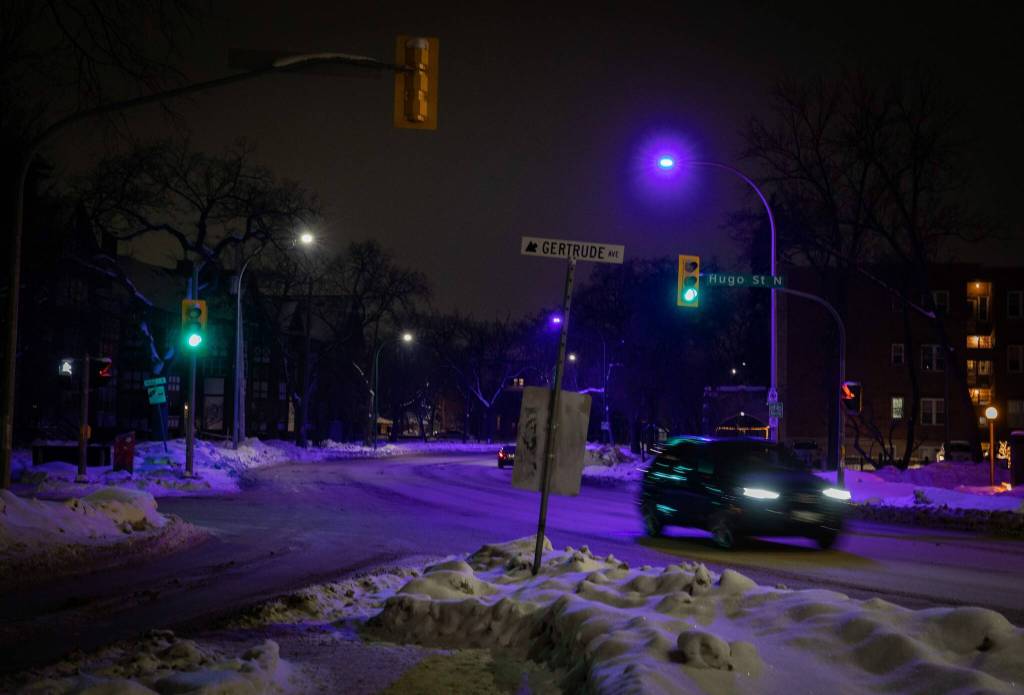 It’s just two of the proposals that could become reality if Shindico Realty Inc., can persuade city councillors to rezone the land where the Winnipeg/Canad Inns Stadium used to sit and the targeted surface lots.

- renderings of Shindico proposal for development around Polo Park 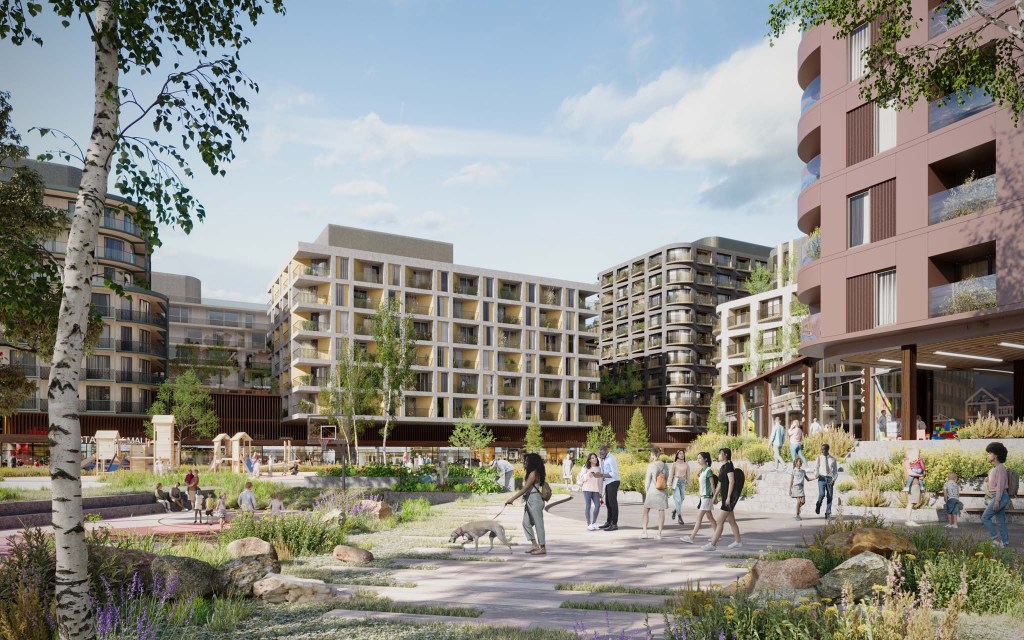 The mother of a baby who died shortly before being delivered has filed a lawsuit against her doctor and the Southern Health Authority, alleging they failed to properly treat the liver disorder she had during pregnancy.

Jenna-Lee and Mike Luptak and their son Bennett. Jenna-Lee is suing a doctor and the health authority, claiming she received negligent care after being diagnosed with intrahepatic cholestasis of pregnancy that resulted in the death of the fetus on Jan. 10, 2021. (Supplied) 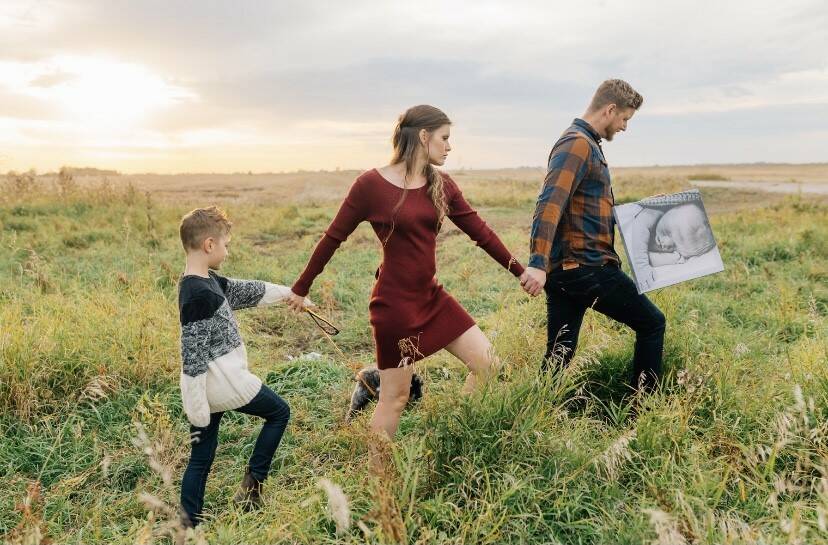 Wolves are a beautiful animal that should be protected under Manitoba law, animal rights activists say. 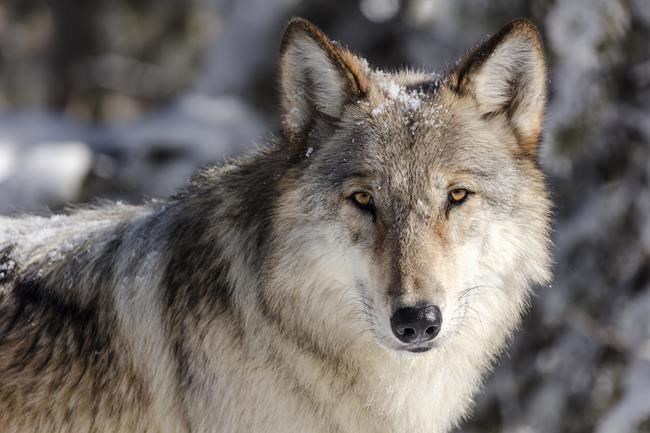 Jim Carr was a renaissance man.

Carr, who was elected as a Liberal MP in Winnipeg three times, had served as minister of natural resources, international trade, and the special representative to the Prairies.

He died at age 71 on Dec. 12, just days after his private member’s bill passed. The Building a Green Prairie Economy Act is designed to help prairie provinces switch to clean energy from oil and gas. 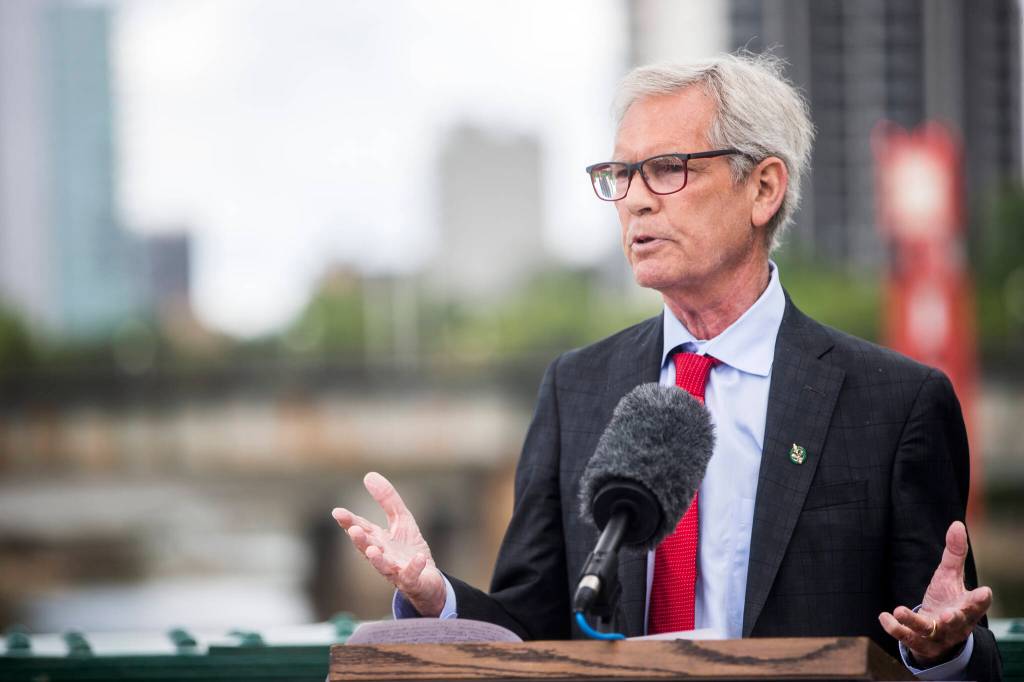 With blood running down his chest onto the floor from a stab wound and dressed only in socks and underwear, Al Rowan didn’t know whether he would live or die after being attacked by a woman he believes was high on drugs. 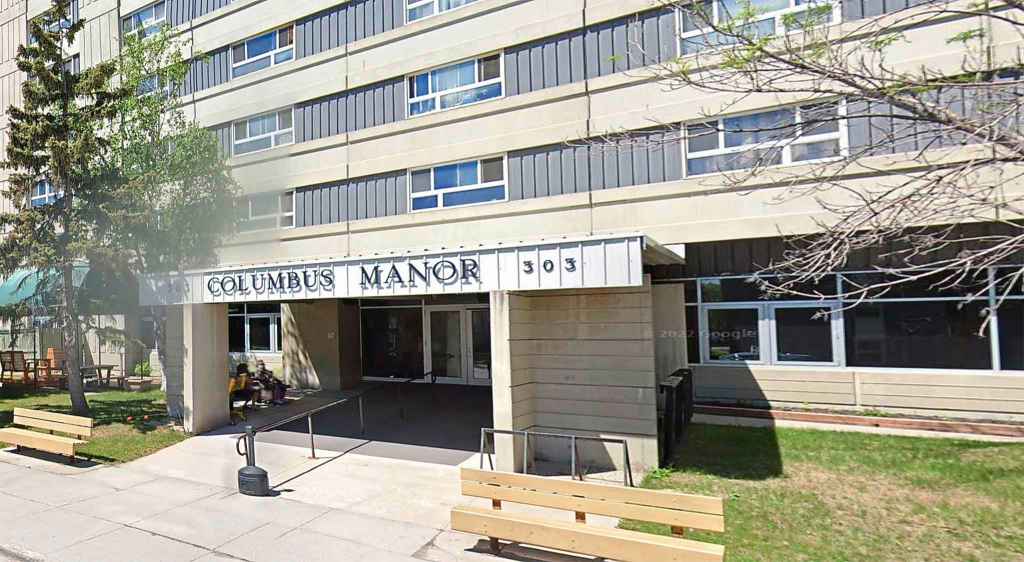 RCMP, paramedics use snowbulances to rescue woman in remote cabin

RCMP, paramedics use snowbulances to rescue woman in remote cabin

It was the ringing of a phone a few hours before the ringing in of a new year that changed an RCMP officer’s evening and saved an elderly woman’s life.

RCMP Acting Sgt. Colin Stark was just settling down to celebrate New Year’s Eve with his wife and two adult children at his home in The Pas when the phone rang.

Minutes later, Stark, another RCMP officer, two paramedics, and a guide were racing on snowmobiles through cold and snow in the wilderness to help an 81-year-old woman in medical distress in a remote trapper’s cabin.

RCMP officers, paramedics and a local guide teamed up to save a woman in trouble at a remote cabin south of The Pas on New Year's Eve. (Supplied) 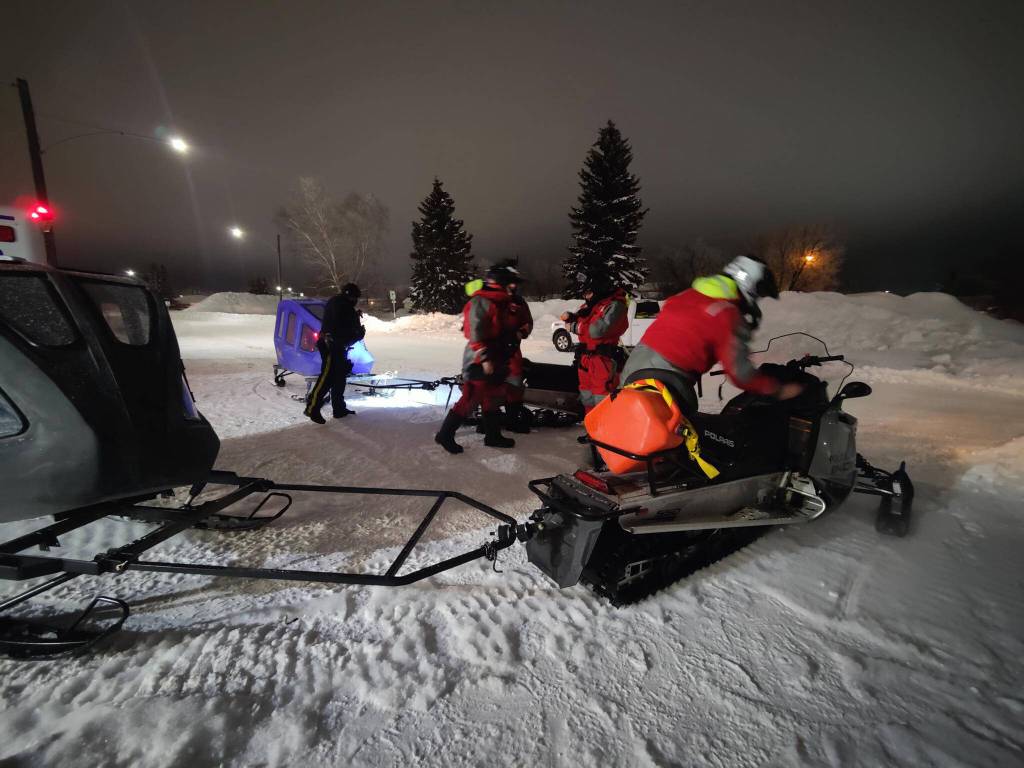 Cocaine use is being blamed for the death in police custody of a well-known restaurateur more than a year ago.

The province’s police watchdog — the Independent Investigation Unit of Manitoba — concluded on Wednesday that George Simeonidis Jr., the owner of Santa Lucia Pizza on Corydon Avenue, died on Nov. 4, 2021, because of cocaine intoxication and not because of anything Winnipeg police officers did or didn’t do.

The IIU concluded on Wednesday that George Simeonidis Jr. died on Nov. 4, 2021 because of cocaine intoxication. 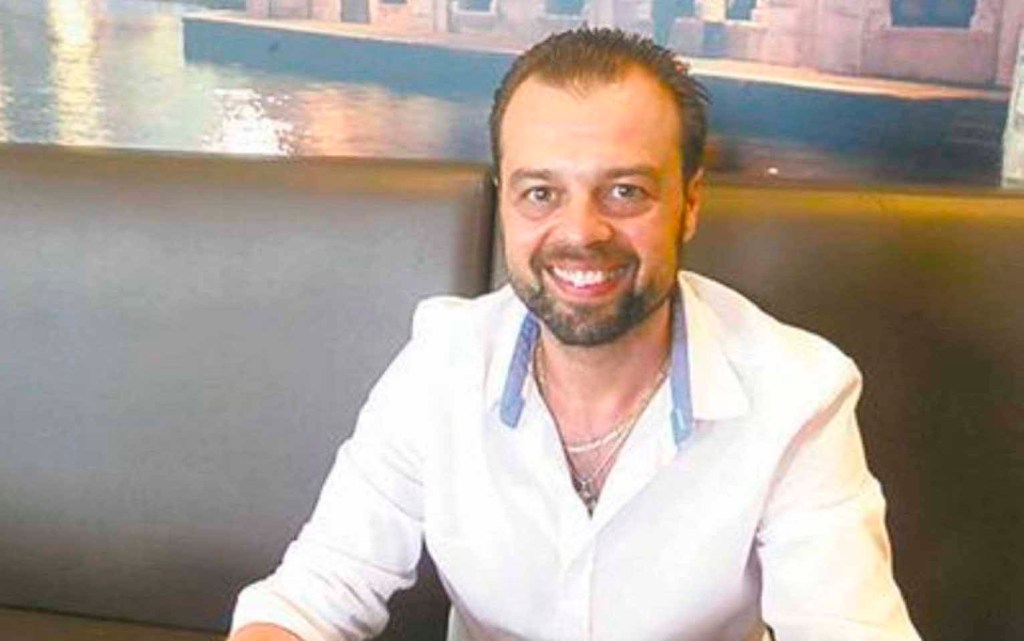 Derelict, vacant property owners could be on the hook for firefighting costs

Derelict, vacant property owners could be on the hook for firefighting costs

Property owners of vacant and derelict buildings that catch fire could soon be liable for some of the costs of extinguishing the flames.

Tom Bilous, president of the United Fire Fighters of Winnipeg, said the union is fully supportive of the action intended to discourage building owners from leaving their buildings vacant. 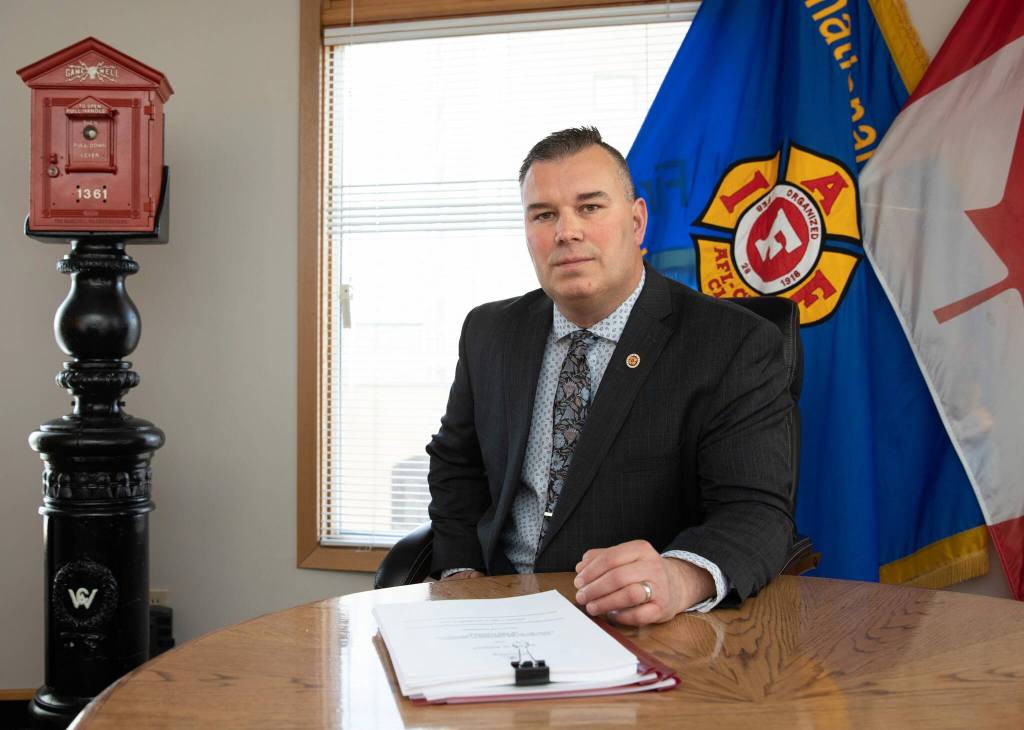 George and Gloria Belliveau are excited to enjoy their first Christmas dinner with family in two years — but many Winnipeg seniors won’t be as fortunate. 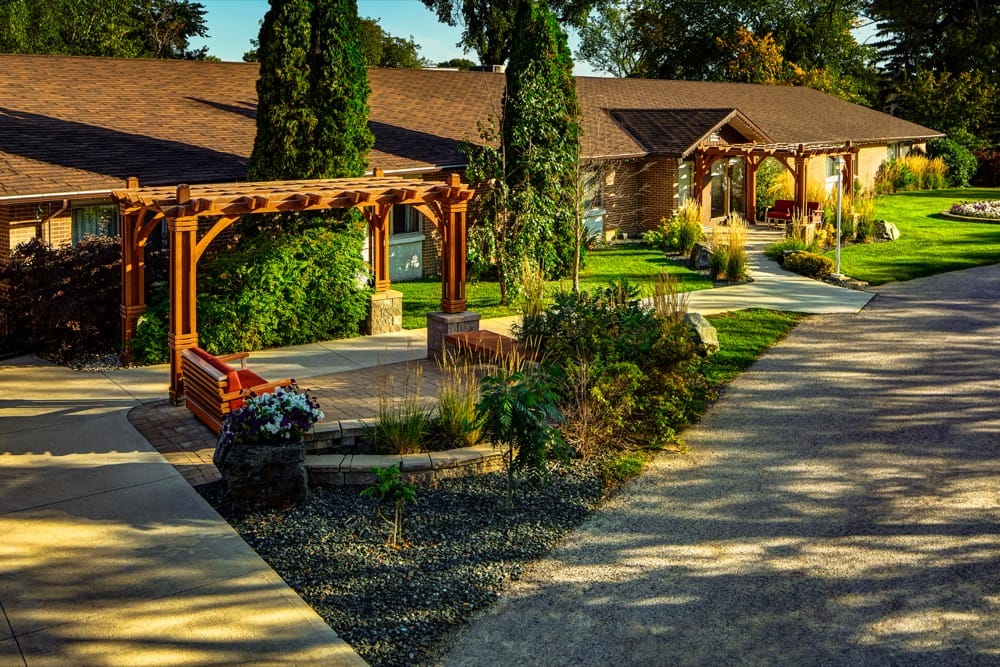