In 2019, Steven Schipper will close the curtain on his long and storied career as the artistic director of the Royal Manitoba Theatre Centre after a 30-year run.

In 2019, Steven Schipper will close the curtain on his long and storied career as the artistic director of the Royal Manitoba Theatre Centre after a 30-year run.

Schipper, 62, has long been rumoured to be planning his retirement from Canada’s oldest regional theatre. He says his stepping down has been part of his plan for 13 years.

“In 2005, I made a commitment to retire from Royal MTC on May 31, 2019, exactly 30 years to the day after I began as artistic director here,” Schipper said in an exclusive interview with the Free Press in the second-floor board room of the Market Avenue venue.

Schipper makes the announcement within a few months of Robert Metcalfe’s announced retirement as artistic director from the Prairie Theatre Exchange and Carson Nattrass’s move into the role at Rainbow Stage following the departure of Ray Hogg.

If it feels like a changing of the guard when it comes to Winnipeg’s most important theatre institutions, there can be no doubt Schipper’s departure qualifies as the biggest shake-up of Winnipeg’s theatre scene in recent memory.

Royal MTC is, after all, a machine of many parts, encompassing not only the programming of the John Hirsch Mainstage and the Tom Hendry Warehouse Theatre, but also the Winnipeg Fringe Theatre Festival, the annual Master Playwright’s Festival and the annual Royal MTC regional tour, which takes theatre all over Manitoba and beyond.

“Now it’s time for the theatre to grow under fresh leadership,” Schipper says over tea poured into a mug bearing the words: Carpe Diem. “For 30 years, I’ve been living a dream come true.”

The dream seems to have been pre-ordained by Royal MTC founder John Hirsch, who took the Montreal-born Schipper to the Stratford Festival in the mid-1980s after seeing a play he directed in Toronto.

Looking over the past 29 years, Royal Manitoba Theatre Centre subscribers can look back at a few moments Schipper managed to score major casting coups that jacked up subscriptions and raised the profile of the theatre to an international audience.

That was certainly the case in January 1995, when Keanu Reeves, fresh from the box-office success of the film Speed, chose MTC as the place to unveil his interpretation of Hamlet.

“Who can forget how MTC’s Market Avenue home was surrounded nightly by adoring but freezing young women hoping to catch a glimpse of Keanu or get an autograph?” recalls Kevin Prokosh, the longtime theatre critic for the Winnipeg Free Press, who retired in 2015.

Yet it is a point of pride for Schipper that Royal MTC stages allowed important work for homegrown talent as well.

Looking over the past 29 years, Royal Manitoba Theatre Centre subscribers can look back at a few moments Schipper managed to score major casting coups that jacked up subscriptions and raised the profile of the theatre to an international audience.

That was certainly the case in January 1995, when Keanu Reeves, fresh from the box-office success of the film Speed, chose MTC as the place to unveil his interpretation of Hamlet.

“Who can forget how MTC’s Market Avenue home was surrounded nightly by adoring but freezing young women hoping to catch a glimpse of Keanu or get an autograph?” recalls Kevin Prokosh, the longtime theatre critic for the Winnipeg Free Press, who retired in 2015.

Yet it is a point of pride for Schipper that Royal MTC stages allowed important work for homegrown talent as well.

“Local actors have always been important to our theatre so that they now regluarly play leading roles in both our John Hirsch and Tom Hendry theatres,” Schipper says. “The actors can take full credit for winning those roles on their own merits. We’re here to nurture our local artists, and we’ll look to Winnipeg first, them Manitoba, then Canada and then, if we’re really stuck, the rest of the world.”

When it comes to content, Royal MTC played host to the Canadian premières of Angels in America, Arcadia, M. Butterfly, Wit, Quills, Curious Incident of the Dog in the Night-Time, Death and the Maiden and Picasso at the Lapin Agile.

“His annual scouting trips to London, New York and throughout Canada landed RMTC many of the most sought-after plays of the day,” Prokosh says.

But the company also saw world premières of Atlantis, Gone with the Wind, Not Wanted on the Voyage, The Secret Annex, The Wave and Maureen Hunter’s Transit of Venus, which went on to be produced by Britain’s Royal Shakespeare Company.

“Steven will be remembered for making RMTC the leading regional theatre in Canada in his day,” Prokosh says. “The evidence was the enviably large number of subscribers each year. The bottom line is that he was loyal to the company’s patrons over the last quarter-century and they were to him.”

Yet one of his proudest moments came in the humble form of a posted letter.

“The mother of a young adult on the autistic spectrum wrote a letter to us after seeing The Curious Incident of the Dog in the Night-Time,” Schipper recalls, referring to a drama about an autistic English teen who turns sleuth to solve a mystery.

“He said two things to (his mother) he’s never said before,” Schipper says. “First he said, ‘Thank you,’ and then he said, ‘Until I saw the play, I never knew how difficult it was for you and dad to raise a son with autism.’

“Every day is interesting and rewarding,” Schipper says. “I’ll miss every one.”

“At one point said to me: ‘You ought to prepare to be the artistic director of the Manitoba Theatre Centre,’” Schipper says.

Schipper got his chance when he came to Winnipeg to direct a production of Neil Simon’s Brighton Beach Memoirs in 1986 and was hired as an associate artistic director the following year by then-AD Rick McNair. Schipper took the job of artistic director himself two years later after the theatre suffered a particularly floundering season.

“It was a challenging time in 1989, and we were required to strategize a recovery plan,” Schipper recalls. “The three tenets of that plan were to connect with our community of artists, improve the consistency of our artistry on the main stage, and to regain our financial balance.”

In the ensuing years, Schipper accomplished that mission and then some.

“Steven’s pulled off a miracle,” asserts Gail Asper, a former president of the Royal MTC board and Winnipeg’s primary theatre arts patron.

“Because over all of these years, he’s not only managed to keep all of the assets and different moving parts of MTC, he’s also managed to grow them,” Asper says.

“Other major theatres closed their second stages, and the Vancouver Playhouse closed completely so I think we owe Steven a huge debt of gratitude for keeping the main stage and Warehouse flourishing and growing the fringe festival.

“He is a very interesting combination of artistic ability and good fiscal sense, combined with a non-existent ego,” says Asper, who first met Schipper 28 years ago, when she auditioned for a role in a lawyers’ production of 12 Angry Men, retitled 12 Angry Jurors to accommodate female cast members.

“If you had a roller-coaster impresario that constantly went from surplus to bankruptcy — which can happen — you can bankrupt an arts organization very, very easily and you can lose millions of dollars with the wrong programming and without a good business plan,” Asper says. “But Steven’s ability and his astute business sense has really held us in good stead.”

Schipper is characteristically hesitant to blow his own horn. Reflexively, he is disposed to credit the company’s success to the artists, the board of trustees (”an enlightened group of individuals”), the staff and the volunteers who keep the wheels moving.

Trust a critic to provide a more lavish ovation.

“Steven is going to be a tough act to follow,” says Kevin Prokosh, who observed Schipper’s tenure during his entire Free Press career as theatre critic from 1990 to 2015. “He made useful connections with many international playwrights and his relationship with Mirvish Productions allowed Winnipeggers to see plays long before they were staged anywhere else in Canada.

“We just saw Come From Away before most of the rest of the theatre world.”

Indeed, the Newfoundland-centred musical is a particularly conspicuous feather in Schipper’s hat, he allows, not only because of how quickly it sold out, but because it demonstrated the strength of the theatre.

“Come From Away gave our staff and crew an opportunity to shine,” Schipper says. “The New York producers and the creative team all told me they’d been to six theatres: La Jolla, Seattle, Washington D.C., Toronto, Broadway, and no one was as well prepared before we got there and no one did as fine a job as we did in building the show.

“So our production is now playing to sold-out audiences in Toronto and it’s thanks to people here who built the trees, the staff here who made everything run so smoothly, all our artists and crew and all our volunteers, our board of trustees.

“We know we’re pretty special,” Schipper says. “But it’s gratifying to hear it from people who come from away.”

Schipper will retire, but he doesn’t intend to stop working.

“I have a lot to accomplish in the next 14 months, including planning the ‘19-’20 season playbill,” he says. “After that, I’ll be honoured to share my leadership skills with another organization in business, the arts or academia.”

Asked if he is a person who has to work, Schipper replies: “Yes.”

“To everything, there is a season, a time to begin and a time to finish,” he says, philosophically.

“In my case, I’m still young enough to continue but wise enough to pass the torch before everyone else thinks it’s long past time for me to do so.” 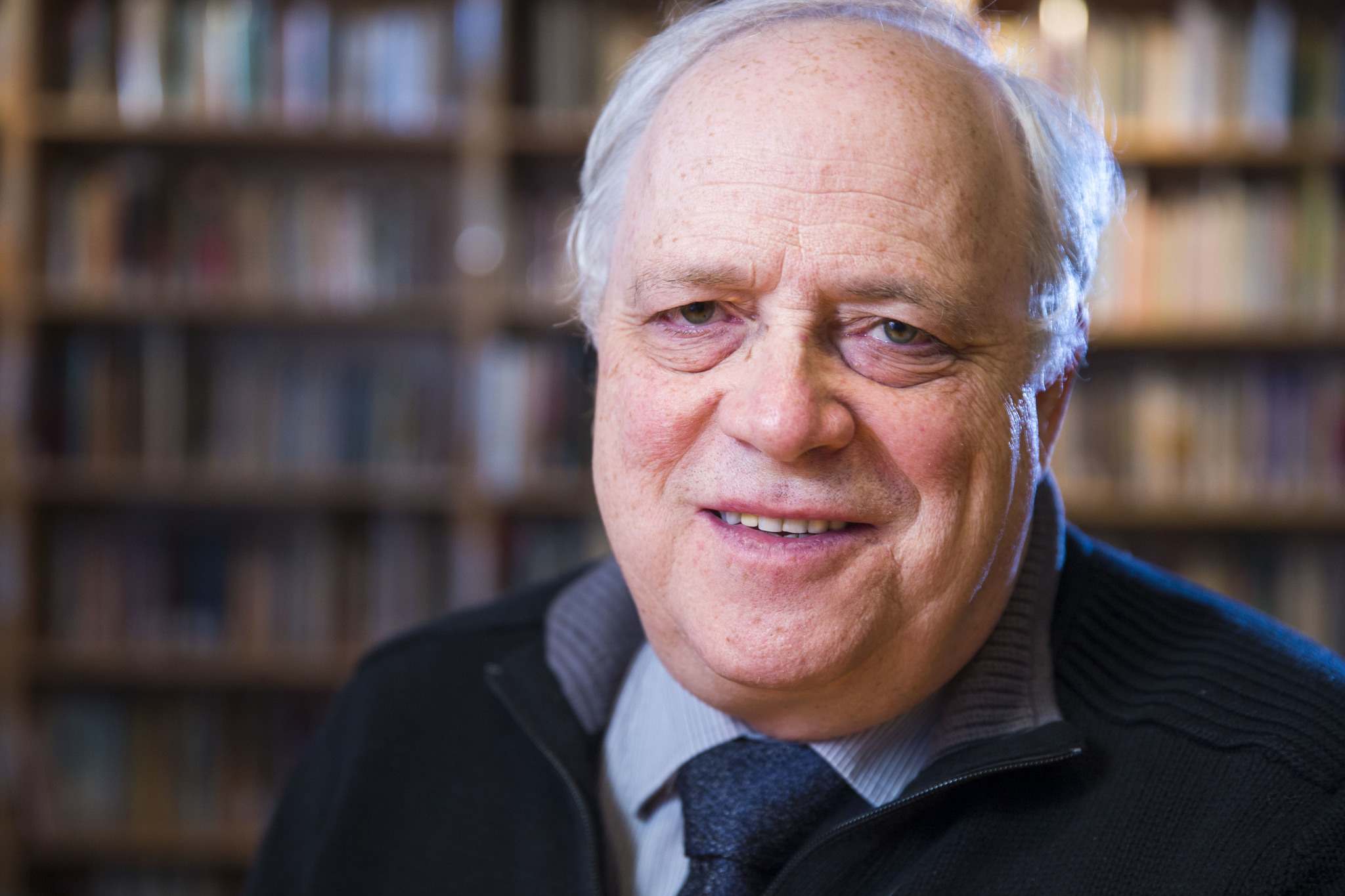