Seated in a corner booth at the Red Top Drive Inn, dressed in a dark, hooded button-up shirt and matching black T, Jeff Bromley breaks into a line from his favourite Cat Stevens tune, when asked what inspired him to release his first book of poetry, titled Feast by Broms the Poet, which hit store shelves in February.

Seated in a corner booth at the Red Top Drive Inn, dressed in a dark, hooded button-up shirt and matching black T, Jeff Bromley breaks into a line from his favourite Cat Stevens tune, when asked what inspired him to release his first book of poetry, titled Feast by Broms the Poet, which hit store shelves in February.

“and of course i know,

i will only be stronger

for having had endured this. but right now,

i don’t feel strong at all,

i only feel nothing,

2015 was a traumatic year for Bromley, the former host of Signal to Noise, a frenetic, weekly music and arts program that aired for close to a decade on Shaw TV. In the space of a few months, he broke up with his long-time girlfriend, lost his dog and parted ways with a number of close friends, some due to suicide or incarceration, others due to “dumb choices I had been making, mostly due to alcohol abuse.” To cope with what he was dealing with emotionally, he began putting pen to paper, writing soul-baring prose he subsequently posted on Instagram, Facebook and Twitter.

“I started writing as a catharsis for myself, but I quickly learned it wasn’t just about me,” he says, running a hand over his shaved head. “Some of the feedback I was getting through social media was people reaching out, saying, ‘Dude, I’m really feeling what you just wrote.’

“There was one kid who was a cutter, who contacted me to say he’d stopped doing that, after he started reading my stuff on a regular basis. Another guy in Germany said he’d been thinking about killing himself, and that those thoughts went away in part because of what I was posting daily. So as more and more people kept telling me I should compile what I’d written and put it out there in book form, it reminded me of that great Cat Stevens song, when he sings about how he can’t keep it in, how he’s got to show the world all the love that’s inside him.”

and i ain’t so sure i know

quite where any of em’ go,

but i’m following em’ all,

Bromley, a “pretty decent” English student growing up, credits the Fat Boys for his life-long love affair with the written word. Because he was overweight for the majority of his childhood, he was immediately drawn to the Brooklyn-based hip hop trio, when, at age eight, he spotted a copy of their self-titled, debut album on cassette in a department store bargain bin. After persuading his mother to buy it for him, he slipped the tape into his Walkman to listen to during the car ride home.

“The first track was Jail House Rap, which describes these three guys who are so hungry, they break into a corner store to steal some food. But because they end up eating too much, they can’t run away from the cops,” he says with a laugh. “It was my first real introduction to wordplay, made easier because I could totally relate to them, given the fact they were fat, like me.”

Following high school, Bromley, the son of a police officer, thought about following in his father’s footsteps, “except by then I’d started smoking weed, and realized things in life aren’t all black and white.” He briefly considered becoming a veterinarian, but shelved that plan when he discovered he’d have to euthanize animals. Without a clear idea of what he wanted to do, career-wise, he ended up bouncing from one menial job to another, before spending three years as a DJ for exotic dancers, first in Winnipeg and later in Victoria, B.C.

“When I got hired, my initial thought was what 18-year-old guy wouldn’t kill to work in a strip club? But while most of what I experienced was good, some of what I saw was real sad. I ended up being a bouncer, a boyfriend, a DJ, an escort (for the women to their cars)… I can definitely say I had a front-row seat to the best and worst of humanity, during that time.”

In 1999, he enrolled in Red River College’s Creative Communications course, after deciding his best bet would be to return to school. In his second year of studies, he volunteered as a camera-person for Shaw TV’s broadcasts of Winnipeg Goldeyes’ home games. After completing the course, he got hired at Shaw as a full-time videographer, a move that eventually led to his appearing in front of the camera, as well.

“I stayed at Shaw for 14 years, until just recently,” says Bromley, one of 6,500 Shaw employees from coast to coast who accepted voluntary buyout packages the company began offering in January. “My last day (at Shaw) was May 25. It was a tough decision to leave, but because the book was starting to do its thing, I figured it was a good time to go. So yeah, I guess if you’re asking, my current job title is unemployed poet.”

“i would still write,

even if there were

but if there were

to truly feel them,

Few topics are off-limits in Feast. In the book’s 150 pages, Bromley writes openly about his struggles with addiction (“i took drugs until they took me, bottomed bottles, til’ i was empty”), failed relationships (“she had grown weary of being spoken to, but not heard”) and feelings of inadequacy (“you will always be too much to some, and not enough some to others”).

Just don’t go thinking everything in Feast is about him, he warns.

“For sure a lot of it is personal but I also like to write from different perspectives by trying to put myself in the shoes of other people,” says Bromley, whose body is as much a canvas as the sheets of paper he scribbles notes and drawings on, thanks to 135 hours he’s spent, all told, in a tattoo artist’s chair. “Some days I’ll sit in the park with a notepad and imagine myself being somebody else for that time period, hoping something pops into my brain.”

About that; hardly a day goes by when Bromley doesn’t jot down at least a few phrases or sentences, or re-jigs something he came up with 10 years ago, when he was a touring MC/rapper, into a new piece of work.

“I write short form and long form; I don’t restrict myself,” he says. “And while I used to take it personally when I’d post a new poem online and somebody told me it was a piece of (crap), that doesn’t bother me anymore. Now I just say ‘That’s cool, you don’t have to like it, but at the same time, I’m happy you took a minute out of your day to read it.’”

To date, Bromley has shipped copies of Feast, a McNally-Robinson bestseller in March, as far as New Zealand, Turkey and England. Post-interview, he’s dropping a copy in the mail for a soldier stationed in Iraq, and sending another to a fan living in Texas. As for future plans, a second book of poetry is definitely in the works, he says, plus he is fairly confident there’s a book floating around inside him somewhere, which he’ll get around to penning one day.

“I did a fair amount of acting in my 20s so the plan is to get back into that, too,” he says, happily pointing out he’s two years into a relationship with a woman he refers to as “my best friend, my No. 1 supporter and my feast.”

“Some people told me I was nuts to quit my job at age 40 but my response is how boring would life be if we just stayed stagnant and never tried something new? Some of my favourite memories are when I got a little brave one day — probably after a few too many whiskeys on the rocks — and said ‘OK, Broms, let’s do this.’” 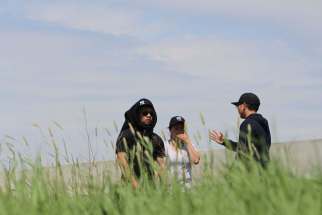 Knee injury takes Nichols off field 4-6 weeks, so battle of the backups now a fight for No. 1

Speaking out to protect athletes from abuse 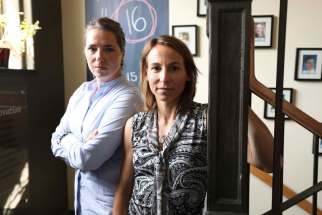 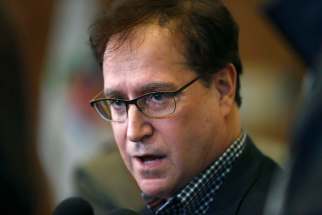 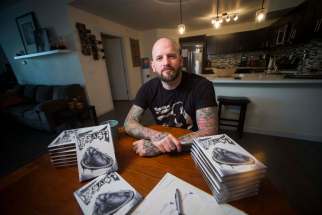 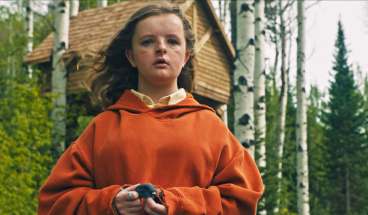 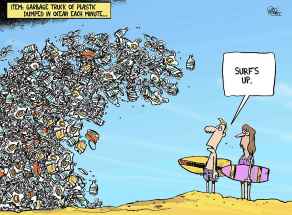