The happiest way to bring people together is with food. Suddenly, people want to talk and share. Those two things are at the heart of farmer’s markets in and around Winnipeg and the reason why they are cropping up everywhere.

The happiest way to bring people together is with food. Suddenly, people want to talk and share. Those two things are at the heart of farmer’s markets in and around Winnipeg and the reason why they are cropping up everywhere.

Clearly, there are needs being met all around — the farmers need customers and a place to sell from; consumers want to know more about the food they buy and who they are buying from; and communities want to come together and need places to do it.

Those needs — commercial, social, nutritional and even political — are increasingly being met inside Winnipeg’s city limits.

Evan Comstock, the co-ordinator for the Bronx Park Farmers’ Market says their market at Bronx Park Community Centre, 720 Henderson Hwy., is having a great year.

“We’ve expanded quite a bit this year with double the customers and we’re happy with everything we’re doing,” Comstock says.

“We have a couple of dozen vendors that rotate including three main farmers, a couple of bakers, several artisans, knife-sharpening, wooden furniture and antiques and collectibles.”

This is the fourth year for the market. The first time they opened they had a slew of customers looking for cucumbers — but it was too early. Comstock says it’s been a learning curve for vendors and customers.

“We had one Google comment that said: ‘I was in and out of there in 10 minutes.’ Well if you don’t engage with the farmers and the makers, then yeah, you’ll be out of there pretty quick,” he says.

“Once you start to talk to some of these vendors you’re going to be there quite a while.”

The community itself is really strong among the vendors, who celebrate with an end-of-season dinner, and among customers.

“We have the people in the neighbourhood who might be out walking their dogs and they stop for a coffee or a muffin and they get their veggies,” says Comstock.

“So you see the community getting together and they might stay and have some barbecue and then you see lots of conversations happening.”

And while there are “express customers,” who stop in on their way to the lake, many folks stay to hang out.

“We do have a lot of people who are meeting and sitting in the courtyard and there’s a kids’ park right there so this is their chance to shop and let the kids play for a little bit,” he says.

“You can see the neighbourhood building bonds for sure,” he says.

He says the markets are going to keep popping up.

“They’re growing because there are a lot of farmers now that are looking for a place to sell,” he says.

“We get contacted by farmers throughout the year saying: I’m planning on growing this or that.”

The markets also sell arts and crafts and other goods — which are vital part of the markets.

“August 25 is our vintage Saturday and this is an event where people can bring their collectibles and antiques and try selling it,” he says.

“We just charge five dollars for a table and people can email me at bronxparkfarmersmarket@gmail.com to book in advance, “ he says.

“There are people coming and engaging with the vendors and just trying to get that whole experience out of it.”

Susan Ainley is the special projects co-ordinator for the Downtown Farmers’ Market, which runs every Thursday at Manitoba Hydro Place, 360 Portage Ave., from June to September.

“We’ve seen a real increase in the number of vendors and in the number of applications — I have a list of people I can’t yet fit in — right now I have a ton of veggie vendors, and their space grows as the season progresses and they have more products they bring to market,” she says.

“Any time you have something in the downtown and the downtown is the heart of the city, it’s automatically special because you’re bringing more people during the work day and providing a destination for them to come shopping for produce in the middle of downtown — which is pretty amazing!”

She says there are lots of reasons for the popularity of the markets.

“We all want to connect with the food that we eat, and we know fresh produce is better for us, but when you can also meet the people that bring your produce it takes it to a whole new other level of connection,” says Ainley.

The markets aren’t just for shopping — they offer people an “event experience.”

“We see people that don’t work downtown but come downtown because it’s their day off, and they’re meeting their friends, and they come and have their breakfast or their lunch,” she says.

Once upon a time, you could count all the local markets on one or two hands — but these days we are fortunate to have many more to choose from. Here are a few links to help find your way.

WRHA Where to Find Fruits and Veggies

The Downtown Night Market is also new this year, running on the last Fridays of June, July and continuing into August from 4 p.m. to 11 p.m. on Kennedy Street between Portage and Graham avenues.

“That helps to catch the people that live in the core, who live nearby and would actively walk or commute because we’re in their neighbourhood,” says Ainley.

“The will to celebrate downtown is there — there is a misperception that downtown is unsafe and yet 30,000 people came down to celebrate during the hockey season and it was great, so I think having a market downtown at night is pretty awesome.”

And even though people come from all over — there is a sense of community.

“You get to know the people that are there and you have the vendors that you gravitate to not just for their produce, but because they are genuinely wonderful people,” she says.

Marilyn Firth is the executive director at the St. Norbert Farmers’ Market. (http://stnorbertfarmersmarket.ca/) You could argue that St. Norbert is the granddaddy of the local markets in Manitoba and certainly an inspiration for many of the newer markets in and around the city.

“The market is doing really well and we’re excited because we have our new canopy this year,” says Firth.

“It’s created a much nicer space with protection from the weather, and attendance has been great.”

She says that the growth of other markets is a good sign.

“When you look at how well-attended and successful the St. Norbert market is, it’s very encouraging for the other markets,” she says.

“And it’s nice to feel that you might have been a spark for other farmers’ markets because they are such a positive influence on the whole community and the city as a whole.”

Supporting local producers has a political element to it.

“In a political sense, supporting local producers helps to keep money in our local economy,” she says.

“When you spend money at a farmers’ market, a farmer will take that money back to a small local community where they live and spend that money there, so we’re keeping that money in smaller communities here in Manitoba.”

She sees 100 per cent local as a real selling point for St. Norbert.

“Everybody at the market makes, bakes or grows it themselves – so when you spend your money, you know you’re spending it in your own community,” she says.

“For that reason, the St. Norbert Farmers’ Market is a real jewel.”

Like other markets, they also pride themselves on being a community hotspot.

“It’s also true that the market is a social space — we have live music every Saturday, people come, they gather, they meet their friends, they get something to eat, they wander around and look at the sights.

Healthful eating is also an issue.

“People are concerned about eating healthier and when you’re eating vegetables that were harvested the day before, they are healthier, so eating fresh, local food is the best food you’re going to get your hands on,” she says.

‘I would like to believe that it’s an ever-growing trend and I would like to see people spending their grocery money at the farmers’ markets, buying local and really supporting their local economy.”

Those key needs — for community, healthful foods and a desire to keep things local, aren’t needs that disappear in the fall. So both the St. Norbert Market and the Downtown Farmer’s Market are running indoors all winter.

“St. Norbert market has been year round for the last four years, and this is the first year that we’ll be onsite in our own structure all winter long,” says Firth.

“When we talk about our producers having active livelihoods all year round, we need to provide spaces for them and once we provided the market, our farmers were able to put in greenhouses and storage — when people are given a place to sell, they will meet that.”

“We go inside City Place for the winter — and our local makers help us to fill out the market when there isn’t so much produce,” she says.

“I think what we’re seeing is local is having a moment, and there are a lot of really great local producers.” 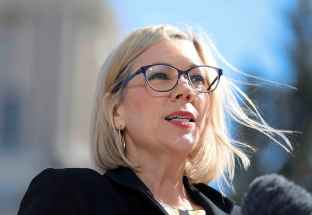 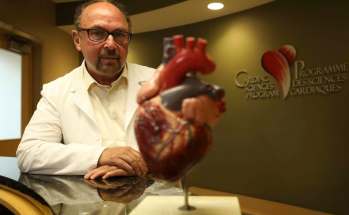 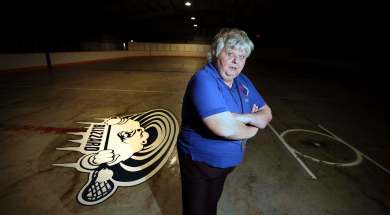 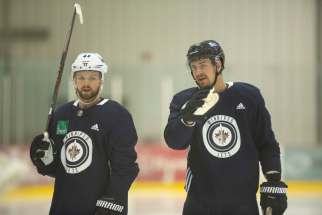 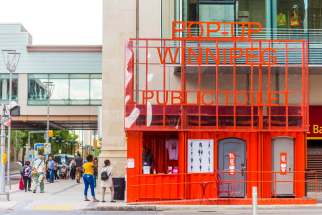 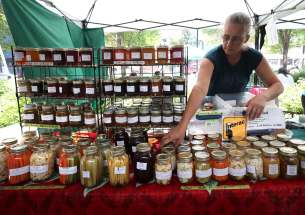 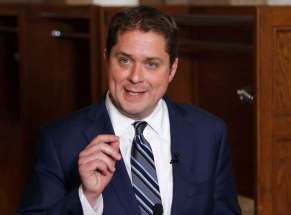 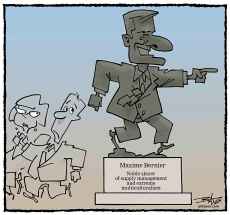 Winnipeggers pumped about public toilets: survey Time for Scheer to show us what he’s got