LUMSDEN, Sask. - A Saskatchewan artist whose sculptures of cows, horses and buffalo are on display outside corporate head offices and the National Gallery of Canada has died.

LUMSDEN, Sask. – A Saskatchewan artist whose sculptures of cows, horses and buffalo are on display outside corporate head offices and the National Gallery of Canada has died.

Joe Fafard died peacefully Saturday at his home in Lumsden, Sask., a statement issued by his family said. Fafard suffered from stomach cancer and was 76.

Fafard’s “Running Horses,” 11 horses sculpted in steel, was placed on permanent display outside the National Gallery in 2011, although the original was replaced by a modified version due to Ottawa’s harsh weather.

“The Pasture,” seven hefty, bronzed cows sprawled on a grass square in downtown Toronto, was commissioned for the Toronto Dominion Centre.

Born in the tiny francophone community of Ste-Marthe, Sask., Fafard was one of 12 children raised on a family farm and espoused the idea that artists should be inspired by their local environment.

“Joe died the way he lived: simply, unpretentiously, in complete serenity, with a twinkle in his eye, but above all with the full love of his family and friends,” his spouse, Alyce Hamon, said in the statement.

Cows, however, were one of the Order of Canada recipient’s better-known subjects and were popular with his fans.

Humorous yet respectful, his bovine sculptures reflected cows’ importance to humanity as a source of meat, milk and clothing.

”It seems to me that most of our body is made of cow material, if you think about the amount of milk we drink as kids, the cheese we eat, the ice cream, the steaks, the hamburgers,” he told The Canadian Press in 2008 when a retrospective of his works opened at the National Gallery.

”There was an old saying, ‘You are what you eat.'”

One piece on display at the 2008 retrospective, ”Groszmama,” depicted a 94-year-old woman seated in a wheelchair. Fafard at the time described the sense of dignity she had despite her difficulties.

”Maybe I wanted to speak about people’s trials more than their victories, maybe their failures as well,” he said.

Fafard studied at the University of Manitoba and Pennsylvania State University.

Saskatchewan Premier Scott Moe said Fafard’s work left an impression on many people in the province, noting some of the artist’s work is in his office.

“When one thinks of Saskatchewan visual artists, it’s hard to not think of Joe Fafard,” Moe said in tweet on Saturday.

The family says a ceremony celebrating the life of Joe Fafard will be held privately. A public ceremony will be announced at a later date. 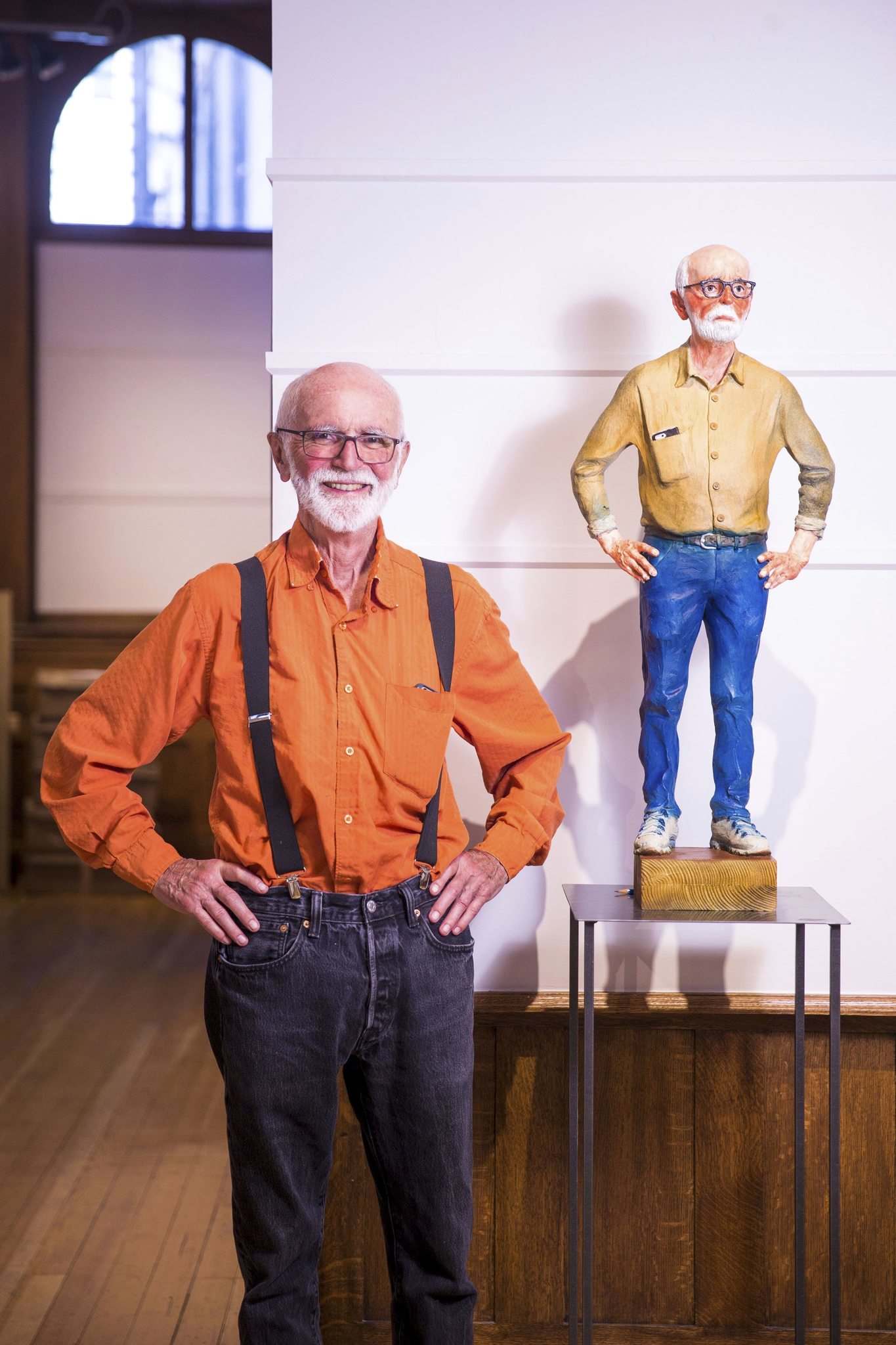