Dinner and a show Celebrations aims to bring together the best elements of an entertaining night out By: Frances Koncan Posted: 7:00 PM CST Thursday, Nov. 14, 2019

Sweatpants, Netflix and SkipTheDishes are the three ingredients for a Friday night for many of us, but if your umpteenth rewatch of Friends from the comfort of your couch has grown a bit stale, Celebrations Dinner Theatre has got you covered.

Sweatpants, Netflix and SkipTheDishes are the three ingredients for a Friday night for many of us, but if your umpteenth rewatch of Friends from the comfort of your couch has grown a bit stale, Celebrations Dinner Theatre has got you covered.

The hit NBC sitcom, which premièred in 1994, celebrated its 25th anniversary this year and the new dinner theatre show was created by Celebrations with the full intention of capitalizing on the buzz.

“We always try to choose shows that we believe will strike a chord with our audiences,” says general manager Randy Apostle, “and, if possible, we try to sync with any special timings such as this anniversary of this classic TV show.”

The show is hot off the heels of a successful run at Jubilations Dinner Theatre in Edmonton, Celebrations’ sister organization under the Wow Hospitality umbrella. While other theatres in the city struggle to fill their houses, several upcoming Winnipeg performances of Best of Friends are already sold out.

Apostle credits the success of the show to the production quality and the talent both onstage and behind-the-scenes. He’s also keenly aware of how important it is to give the audience what they want.

“People are looking for a fun place to celebrate any special occasions in their lives,” he says. “Birthdays and anniversaries are celebrated every night of the show. We have had many, many wedding proposals take place on our stage between acts and we have even hosted a few weddings.

“With our interactive style, we do our best to include all audience members in the experience.”

The continued success and longevity of the dinner-theatre form hasn’t gone unnoticed by other theatres. Even Broadway has been getting in on the action, creating new work specifically with the form in mind and revamping classic texts with a focus on immersion and interaction.

The 2019 Broadway revival of Rodgers and Hammerstein’s Oklahoma! features cornbread and chili at intermission, while 2018’s Waitress serves the audience fresh pie. Even off-Broadway has dabbled in the idea: 2017’s Sweeney Todd retooled the Barrow Street Theatre into functioning meat-pie shop and the 2012 Ars Nova and 2013 Kazino production of Natasha, Pierre and the Great Comet of 1812 featured a full menu and staging directly inspired by the dinner-theatre style.

“I would say that the unique interactive quality is a big factor at Celebrations,” says artistic director and Best of Friends writer/director Bob Cunningham. “It makes it a full evening of laughter and fun, rather than a sitting-in-the-dark-observing situation. The shows are written and directed with a specific thought to being immersive. The guests are basically endowed as part of the story.”

But as even major theatres focus increasingly on interactivity and immersion and the lines between dinner theatre and dinnerless theatre continue to blur, a few questions remain:

Is dinner theatre art or entertainment — or both? Is dinner theatre a low-brow form made for everyone in general (that is to say, made for nobody in particular) or is it actually at the forefront of the revitalization of a perpetually dying artform?

“The biggest difference between dinner theatre and other kinds of theatre is the immersion aspect,” says actor Kevin P. Gabel, who worked on various Celebrations productions from 2010 to 2018. “Once the audience members enter the theatre, they’re part of the world of the story and the cast will improvise conversations with the audience and each other that take place in the world of the show.

“In a traditional play, the actors only ever appear onstage and say their lines as scripted and during intermission will disappear backstage. In a Celebrations show there’s much more to do for an actor.”

Gabel parlayed the improv and character-building skills he picked up at Celebrations into a success career on stage and on film. He’s trod the boards at the Royal Manitoba Theatre Centre in Alice Through the Looking Glass and A Christmas Carol, and landed supporting roles on TV shows including Burden of Truth and The Pinkertons.

“You have to know your character well enough to spend about half the night improvising new dialogue that won’t sound too out of place with what’s been written for the show,” he says. “You also have to be quick on your feet to respond to things that audience might say and do that could be unexpected.”

While talking during the theatre is now considered a faux pas, the concept of a passive audience is a comparatively new one.

Madrigal dinners of the early Middle Ages certainly weren’t silent and audiences at the opening night of a Shakespeare play in the 17th century would have been expressive and lively. The ancient Greeks definitely were not sitting quietly while they celebrated stories of Dionysus.

“We consider ourselves a very family-friendly entertainment venue. We have many nights where grandparents, their children and their grandchildren all attend the shows together.” – General manager Randy Apostle

For thousands of years, theatre audiences were allowed, encouraged and expected to be an integral part of the theatrical experience.

What happened? What changed? Somewhere along the way, theatre went from being the common language of a society, made for everyone, to something aimed only at the elite. In several ways, dinner theatre challenges this standard.

Celebrations Dinner Theatre was founded in 1990 and has been presenting comedies and musicals — and dinners — to audiences of all ages for almost 30 years. The company makes no pretense of creating high art: they just want their audiences to have a good time.

“Audiences want to be entertained,” Cunningham says. “What people find entertaining is a very broad spectrum. We… hope to entertain as many of the people on that broad spectrum as possible, by producing shows that are approachable to people with varying tastes while still having artistic integrity.”

“We consider ourselves a very family-friendly entertainment venue,” adds Apostle. “We have many nights where grandparents, their children and their grandchildren all attend the shows together.”

“Once we’ve decided which bit of pop culture we want to parody, I develop the script, sometimes with another writer or sometimes on my own.” – Best of Friends writer/director Bob Cunningham

Creating a show that appeals to all demographics is hard work and the creative process of a dinner theatre script differs substantially from other forms.

Playwrights dreaming of their first production often toil away independently, hoping a theatre will one day decide to produce their work. At Celebrations, the idea for the show is generated by an in-house team and then penned by Cunningham himself.

“Once we’ve decided which bit of pop culture we want to parody, I develop the script,” Cunningham says, “sometimes with another writer or sometimes on my own.”

At Celebrations, the schedule is even more gruelling.

“We rehearse for about two weeks,” says Dallen Girard, who plays (ugh) Ross in the show. “The first week is reading over the script and having the choreographer and director tell us their vision. The second week we go into the space and put everything together and make magic happen.”

Even with the incredibly truncated rehearsal period, in Best of Friends: The Long Lost Episode, the magic is definitely there.

“It’s been an overwhelmingly positive response,” says Girard. “People who have never seen an episode love it just as much as the Friends fans, and we love doing it and performing it for everyone who comes and sees it.”

Ticket sales are soaring so if you’re considering going out for dinner and a show it’s best to make reservations now… even if you have reservations about dinner theatre as a form.

“I like to think that that outlook is fading somewhat,” Cunningham says. “A great show is always the goal. At the end of the day many traditional theatre patrons will go for dinner before a show. We simply do both of those things in one venue. Good food, and a great show in one place. 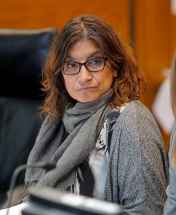 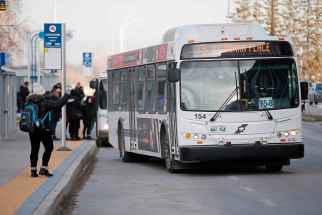 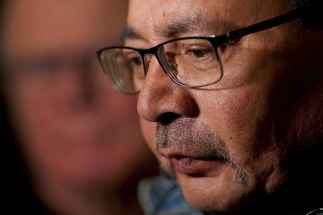 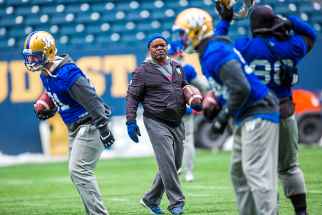 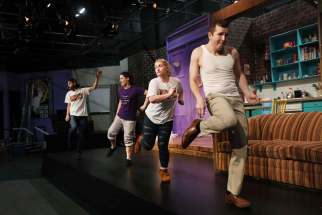 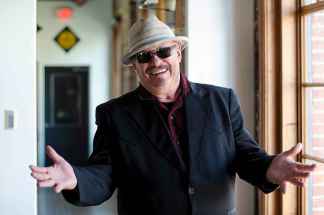 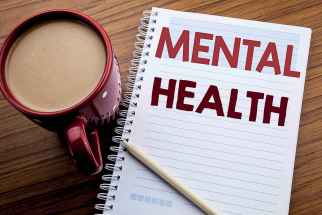 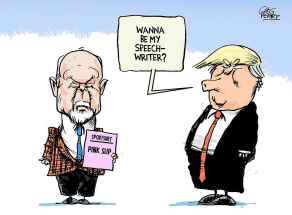 Determined to dominate Premier purveyor of the Prairie blues