Looking for a Christmas gift that doesn’t need batteries? That fits all? That will last for years?

Looking for a Christmas gift that doesn’t need batteries? That fits all? That will last for years?

Look no further — buy a book. Here are some suggestions for young readers of all ages — recent offerings that are guaranteed to please.

Earliest readers (Up to 5 years)

What happens when a tree-loving environmentalist tangles with a traditional Christmas enthusiast?

When Bear can’t bear to cut down the perfect Christmas tree, he comes up with a solution that allows them all to celebrate the occasion.

Oldland’s colourful and amusing pictures add considerably to the attraction of this little book.

By Will Hillenbrand (Two Lions, $26, hardcover)

It’s Christmas Eve and Santa has presents to deliver, but where are his reindeer?

Santa tries calling, whistling and even ringing bells, but he must remember a specific Christmas tradition for the reindeer to appear.

With little text and big and bold illustrations, this should appeal to youngest book lovers.

Ohio author Judy Carey Nevin follows up her first picture book What Daddies Like with this tribute to Mommies. Pictured as a Momma Bear and her cub, there are plenty of large and attractive watercolour paintings by Brooklyn artist Stephanie Six.

How to Catch Santa

Jean Reagan and Lee Wildish, creators of a series of “How to” books for youngest readers (How to Babysit a Grandma, How to Surprise a Dad, etc.) here team up with plenty of humorous suggestions on trapping Santa.

From leaving difficult riddles (Santa will wake you up to get answers) and cookies with bells on them (to alert you), little Santa-nappers will enjoy this Utah writer’s suggestions. As an added attraction the end pages with letters to Santa seem incredibly authentic. U.K. artist Wildish contributes plenty of amusing artwork.

The Lobsters’ Night Before Christmas

A parody of Clement Moore’s famous poem, this picture book examines what happens on Christmas Eve in the depths of the ocean. There are plenty of clever substitutions, such as “More rapid than dolphins the little fish came/ Sea Santa blew bubbles, called his minnows by name,” and “Lobsters had nestled all snug in their beds/ hoping the holidays would not turn them red.”

Lots of vivid watercolours by Cape Cod illustrator Moisan add to the underwater feel of this book.

For a charming, coffee table-sized Christmas book for early readers, pick this one by a U.K. former editor and author of many children’s books. Her last book written before her death in 2005, The Christmas Eve Tree tells a heart-warming tale youngsters will enjoy.

A little Christmas tree that has been discarded finds new life when it lights up the celebration of a homeless boy and goes on to grow into a much-loved shelter in a local park. English artist Emily Sutton’s watercolour pictures are delicate and delightful.

What if the “couch potato” was a real potato on a couch? That’s the clever idea between this early reader’s book by Ontario school teacher Kerry Lynn Sparrow.

When a potato is found in the living room, each member of the family uses it for a different purpose: as a boulder for a toy tractor, as a ball to toss to a dog, as a doll to dress up. Even Mr. Russet, who at first refuses to touch the potato, finds a useful (and tasty) use for the potato.

Fox in a Box

When Fox finds his possessions are crowding him out of his home, he determines to give most of them away. Fox is careful to suit his gifts to the needs and wishes of his friends: “Blocks to Bear/since he only had one,” to Sofia “Perhaps a clock/ He knew she had none.” In return Fox finds smiles, hugs and thanks are more than enough payment.

With the popularity of the minimalist movement, this is a timely book to teach young people to enjoy sharing and not accumulate quantities of possessions. Thiessen’s images are beautiful and colourful, helping make this a recommended offering.

A Royal Guide to Monster Slaying

For a rip-roaring adventure story in a fantastical setting with mythical creatures such as unicorns and manticores, try this initial offering in a series by Sudbury-born author Kelley Armstrong.

Twelve-year-old Rowan wants to be the Royal Monster Hunter in the Kingdom of Dacre, but her twin brother Rhydd is slated for that position, while Rowan is destined to be queen. When an encounter with a ferocious gryphon goes wrong, however, Rowan is left to face the monsters alone.

Armstrong has a long list of successful children’s books to her credit. With plenty of intrigue and danger, she keeps up the suspense as Rowan proves her worth as a brave and agile female hunter.

An illustrated appendix showing the various monsters and their characteristics adds to the fun.

Emily Jenkins is the daughter of Sydney Taylor, who wrote the All-of-a-Kind Family stories. Here she resurrects this family of five girls to tell how Gertie, the youngest, is frustrated when the preparations for Hanukkah are deemed too dangerous (sharp knives and hot oil) for her to help.

We watch the four other girls pitching in while Papa finds a way for Gertie to participate in the celebration.

Zelinsky adds large and comfortable-looking artwork to this feel-good story.

From Benjamin Banneker, a scientist and inventor in the 18th century, to contemporary architect Sir David Adjaye, New York author Vashti Harrison highlights the impressive biographies of 35 black men (plus 18 shorter write-ups) who, as she says, were “not just great but also good.”

With both familiar figures (Thurgood Marshall, Harry Belafonte) and lesser-known names (basketball’s Bill Russell, surgeon Charles R. Drew) readers get a quick but complete introduction plus a colourful full-page drawing for each participant.

Recommended for anyone who wants to improve their black history or is simply interested in outstanding individuals, this is a sequel to Harrison’s earlier books, Little Leaders: Bold Women in Black History and Little Dreamers: Visionary Women Around the World.

In this adaptation of a National Film Board movie by local animator Cordell Barker, disaster threatens when a cow wanders onto the tracks while the engineer is busy flirting with a passenger. Barker’s hilarious illustrations describe the train’s headlong passage as it hurtles out of control while the fireman vainly tries to help. The passengers are bribed to contribute their clothes for fuel, but the cow gets the last word.

Barker’s tongue-in-cheek humour and clever animation made this NFB film an instant hit when it first appeared in 2009. Howden has adapted it well to a graphic novel; both early readers and their parents will enjoy this delightful spoof about the unreliability of official figures.

Teen/Young Adult (13 years and up)

Anyone who likes a riotous story with plenty of action will enjoy this debut novel by American actor and writer Doogie Horner.

Kirby Burns lost his older sister to cancer, and since then has been completely shut down. He’s barely spoken to his parents, but when they threaten to read his journal he feels trapped and resorts to taking part in several crazy schemes with schoolmates Jake and PJ.

As the day goes on, from spray-painting cows to jumping off the school roof, their misdemeanours become more dangerous and more hilarious. Only when Kirby’s enemy Mark makes a derogatory comment about his sister does Kirby find sufficient outrage to fight back and release his feelings.

This young adult novel will be welcomed by readers (especially teenage boys) who enjoy high school sagas with both conflict and humour.

A master of the sinister setting, Oregon author Shea Ernshaw has written a disturbing novel about malevolent woods and the young woman rumored to be a witch who loves to frequent them.

Nora Walker comes from a long line of female seers who visit the woods only on moonlit nights. On this particularly frigid night Nora discovers a young man, Oliver, who has somehow managed to survive alone for over two weeks. When Nora discovers two boys are missing from the youth camp across the lake and Oliver is suspected of a murder, she seeks to establish his innocence.

Definitely creepy, this novel has a surprise ending that will intrigue readers.

Songs from the Deep

A first novel by Ontario’s Kelly Powell, Songs From the Deep is a cross between a fantasy story and a mystery offering. In a time approximately 100 years ago, 17-year-old Moira Alexander lives on a small island in a northern latitude famous for its selkies, a combination of seals and sirens. Tourists travel great distances to admire the selkies, but the residents know they will tear a human apart if they can lure them into the water with their singing.

When a 12-year-old boy is found dead on the beach the selkies are blamed but Moira and Jude, the teenage lighthouse keeper, set out to prove their innocence. As tempers rise and another resident dies, war is declared on the selkies — while Moira discovers an unsettling secret. Plenty of suspense and action for young adult readers.

Helen Norrie is a longtime reader and writer who hopes everyone gets a book for Christmas this year. 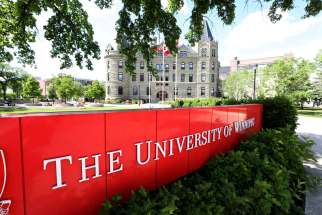 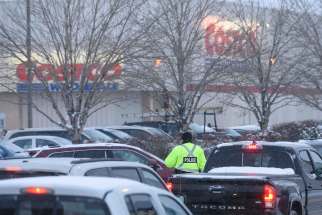 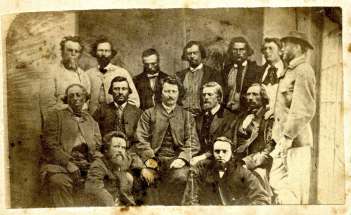 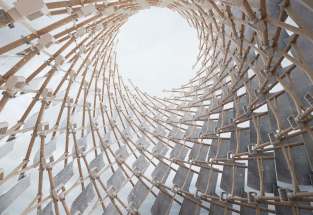 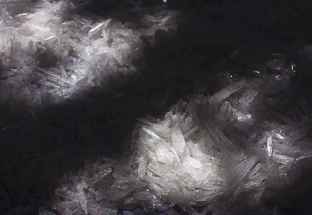 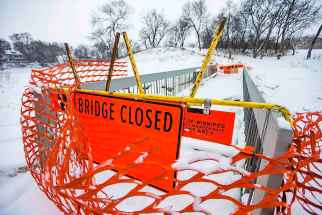 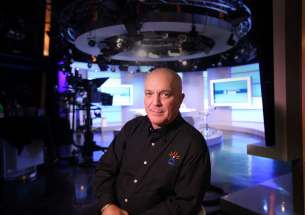 Giving the gift of books a rewarding holiday treat for kids 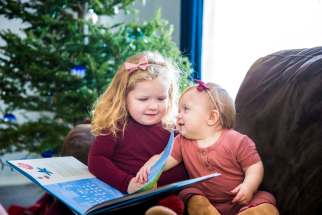 With Walters, O'Shea signings, Miller hopes to bring growth and stability to Bombers 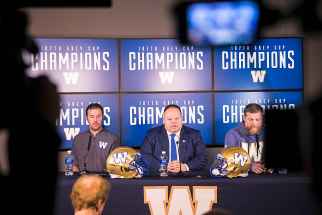 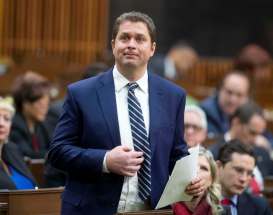 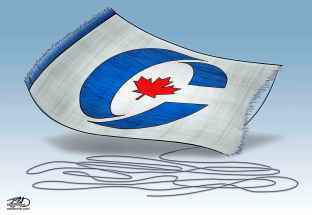