I’d like to take this opportunity to say that we are so lucky to have the music scene we have in Winnipeg.

I’d like to take this opportunity to say that we are so lucky to have the music scene we have in Winnipeg.

Fearless reviewers pick their favourite albums of the decade and 2019

The best of the decadeJeff Monk

Your Future Our Clutter, The Fall (2010) — Arguably one of the last great Fall albums before the death of leader Mark E. Smith in early 2018. YFOC is chock full of the kind of blistering aural bombast that endeared this influential band to so many over the course of its nearly four-decade career.

Pull Up Some Dust and Sit Down, Ry Cooder (2011) — American singer-songwriter Ry Cooder has his way with wading into politics during the George W. Bush era and makes some convincing points on tracks such as No Banker Left Behind. As always, his playing and compositions are flawless and fun to listen to.

I mean, sure, every city in the world has love for its local artists, but there’s something special happening in Winnipeg right now, not just in the quantity of musicians finding their feet at this moment, but also in the high quality of the work they are creating. It feels like a bit of a renaissance, and I’m thrilled to have a front-row seat as the Free Press’s music reporter.

This has been a banner year for local releases; newcomers and veterans alike offered up some incredible collections of songs, so for this year’s best albums list, I chose to focus on the immense talent right here at home. Below are some of my favourites, in no particular order. If you haven’t heard them, I implore you to take a listen and jump on the Manitoba music bandwagon.

Fear was likely the most anticipated local release of the year. Alexa Dirks has been carefully crafting her Begonia persona for several years (she released an EP, Lady in Mind, in 2017) and burst out of the full-length gate with Fear, a record full of raw emotion that crosses sonic boundaries and shows off the best nooks and crannies of Dirks’s vocals, from crackling whispers to untamed belts. Following its September release, Fear spent 10 weeks at No.1 on the Earshot charts, was named one of CBC music’s top albums of 2019 as well as one of Exclaim’s most under-rated albums of 2019. Dirks has sold out four shows at the West End Cultural Centre in February.

After working the local live scene for years, eight-piece supergroup Super Duty Tough Work finally got something on record. Studies in Grey, released in September, is an eclectic mix of hip-hop, jazz, soul and R&B that comes across as equal parts swaggy and socially aware, with vocalist Brendan Kinley often venturing into politically-charged territory with his lyrics. At a tight eight songs and just 25 minutes long, Studies in Grey does a lot in a short time sonically and thematically while also showcasing the breadth of the skill sets of each of the players. It’s a record that is immediately impactful, but is also a slow burner, revealing exciting new elements with each re-listen.

The concept behind Yes We Mystic’s Ten Seated Figures is a complicated one; so complicated, in fact, I’m not even going to get into here (you can read my full story on the album from earlier this year at winnipegfreepress.com). But, peel away the concept and the characters and the quirky album rollout and what you’re left with is a very solid album. Frontman Adam Fuhr has one of those deep, dense voices that sticks to your bones and, even after landing a strong debut with 2016’s Forgiver, the songwriting both in terms of lyrics and the often cinematic musical composition on Ten Seated Figures has evolved into art-pop perfection.

Franco-Manitoban electro-soul artist Rayannah released her long-awaited debut full-length, Nos repaires, in March. Largely written in French with a few English elements, the album is an intimate reflection on love, relationships and being a young woman navigating a world full of contradicting expectations. Rayannah also captures the intense emotion of her lyrical content in expertly layered soundscapes that almost act as a translator, making the tone of the content known even if the words themselves are not understood by non-francophones. Rayannah picked up two Western Canadian Music Awards this year for Nos repaires, Francophone Artist of the Year and Producer of the Year, which she shared with co-producer Mario Lepage.

Leaf Rapids’ Keri Latimer is one of the best storytellers in the biz, and Citizen Alien is chock-full of her specific brand of interesting characters and narratives, this time pulled right from the pages of her family history. Musically, Citizen Alien waffles from a more roots-rock vibe to a softer, folkier feel, amplified by the precise use of the haunting theramin, an incredibly difficult instrument to master and one of Latimer’s signatures.

Pulling inspiration from the Mexican literary tradition of magical realism, the Mariachi Ghost took six years to realize Puro Dolor, using author Juan Rulfo’s Pedro Páramo as a jumping-off point to unwind a story that explores ideas of toxic masculinity and fatherhood. Art melded with life for the Mariachi Ghost on this project, as many of the band members’ fathers died during the album’s creation, adding another layer of personal connection and intimacy to an already compelling story. Puro Dolor is intense, complex and beautiful, and, as with Rayannah, manages to transcend language barriers (it is mostly performed in Spanish) to reveal its themes loud and clear.

In just 13 minutes, Sebastian Gaskin makes quite an impression with his EP, Contradictions. It’s smooth and sexy, combining the best elements of R&B and pop, with a tasteful hint of Post Malone-esque vocals, which range from his deep, full low end up into a floating falsetto. Gaskin also rips on guitar, which isn’t as evident on this EP (except for the solo in Come With Me), but was certainly showcased during his opening set ahead of Common’s headlining performance at this year’s Winnipeg International Jazz Festival. If this EP is an indication of anything, it’s that Gaskin has a bright future ahead.

If dreamy, shoegaze pop is your thing, you won’t get better than Living Hour’s most recent release, Softer Faces. The band expanded from four to five members, but even with an extra player, a certain open, expansiveness creates more sonic space than Living Hour’s previous releases. It’s the kind of record that works best in solitude, whether that’s a solo summer drive down an open highway, a walk through snow-dusted street or hunkered down in a quiet home. There’s a cosiness to Softer Faces that gives it a familiarity, but it also has a spark that makes it feel brand new.

Waver just might be Royal Canoe’s most accessible album, and that’s not a bad thing. The 11-track record is focused and clean, taking a step back from the usual cacophony of sounds that make up many of Royal Canoe’s previous tracks. Those certainly have their place, of course, and Waver isn’t completely devoid of weirdness, but in this case, less is more. Waver treads wonderful, snappy, creative new territory for the group, and hopefully it’s a path Royal Canoe stays on for a while.

The second release from Micah Erenberg is a charming collection of catchy songs about (mostly) sad stuff. Erenberg’s style of vintage-influenced pop is somehow both fuzzy and bright, and though the stories he crafts are often infused with a fair amount of quirk and humour, his prowess as a serious songwriter should not be overlooked. Love Is Gonna Find You is a cohesive effort with thoughtful arrangements and still maintains elements of the fun Erenberg is known for.

Taylor Janzen has had an excellent 18 months; her debut EP was met with critical acclaim and landed her some love from the New York Times, she played massive festivals such as South by Southwest in Austin, Texas, Shaky Knees in Atlanta and Bunbury in Cincinnati, Ohio, and released a second EP, Shouting Matches, which has only brought more fans onto the Janzen bandwagon. Shouting Matches exhibits a louder side of Janzen; more instruments, more confidence in her songwriting and more of her soaring vocals. Janzen is now signed to Glassnote Records and released another new single, What I Do…, last month, a three-minute banger that shows yet another side of her genre-bending talent, pushing more to the pop end of the spectrum. Janzen is a chameleon in the best way; keep an eye on her, she’s destined for big things.

The Bros. Landreth released their debut, Let It Lie, independently in 2013. That makes it six years between releases, but that time was not spent idly; the band toured relentlessly, Joey Landreth also released a pair of solo records and all the while Joey and his brother, Dave Landreth, continued to write songs together, 11 of which made the cut for ‘87. The record is a near-perfect collection of roots-rock that’s in your face when it needs to be, but also knows when to pull back and tap into the forlorn feelings that have become a bit of a signature for the Bros. It’s a mature, full album, both in tone and compositional/songwriting skills, but doesn’t feel overwhelming or showy.

One of Winnipeg’s most exciting up-and-comers is Roman Clarke, formerly of the band Middle Coast. In addition to co-writing and performing on Joey Landreth’s solo record, Hindsight, this year, Clarke also released his debut solo full-length, the aptly titled Scorcher. The funk, pop and R&B-influenced album showcases Clarke’s ridiculous vocal range and each of the 11 tracks prove he has such strong songwriting ability that it’s easy to forget Clarke is only in his early 20s. 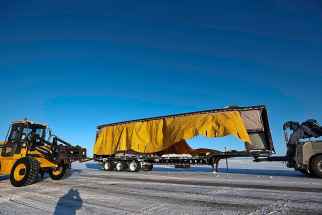 Booze and a movie 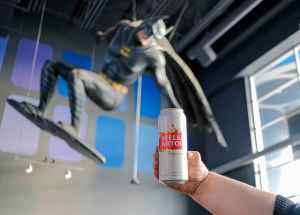 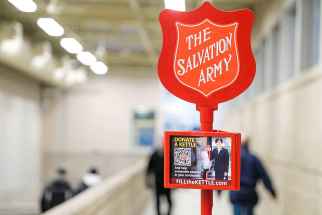 Ten years ago, Centreport “was literally just a concept” 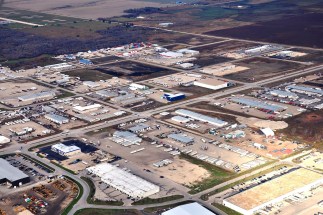 The future of Winnipeg music became right now in 2019 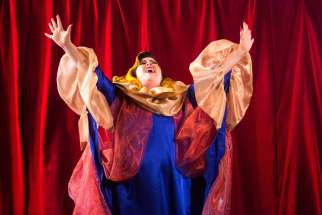 Give the gift of hands-on learning with baking, cooking, cocktail classes 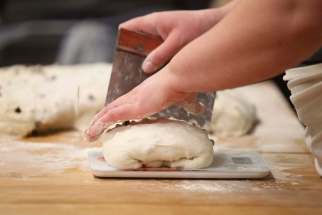 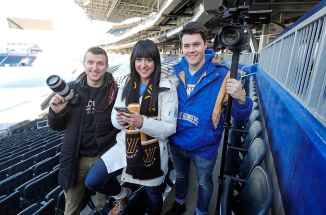 Ten years ago, Centreport “was literally just a concept” Give the gift of hands-on learning