During a phone interview, one can see playwright Mark Crawford maintains a 416 area code on his cellphone. But he is quick to point out he lives in Stratford, Ont., after moving from Toronto with his partner a few years ago.

During a phone interview, one can see playwright Mark Crawford maintains a 416 area code on his cellphone. But he is quick to point out he lives in Stratford, Ont., after moving from Toronto with his partner a few years ago.

Smaller towns are a comfort zone for the actor-playwright, who was raised in the southwestern Ontario farming community of Glencoe. Rural communities tend to be where his plays are set, including The Birds and the Bees (which played at Prairie Theatre Exchange in its 2016-17 season), and his 2015 comedy Bed and Breakfast, about a gay couple who leave the big city to open a small-town B&B.

Crawford returns to the small town as the location for his comedy The New Canadian Curling Club at the Royal Manitoba Theatre Centre, which sees a closed-minded guy named Stuart MacPhail (Doug McKeag) suddenly recruited to lend his expertise in the mysterious sport of curling to a quartet of new Canadians.

“The phrase that got thrown around a few years ago was the ‘old stock’ Canadians, and he is very much an old-stock Canadian,” explains Crawford. “He’s seventh-generation Scottish and very proud of that fact and he’s got some very old-school, entrenched ideas.”

The other element of the play — the team — was an even more important component.

The Syrian refugee crisis jump-started the process, he says, referring to the brutal civil war that began in 2011 and that has seen 6.2 million Syrians displaced out of their home country.

“We were trying to figure out how to welcome these people into our country and I was very interested in that,” he says. “I was especially interested in refugees who were going to rural communities and ending up in small towns, as opposed to big cities, and seeing how they were welcomed, but also some of the challenges that they face.”

For Crawford, the biggest challenge may have been reintroducing himself to the sport of curling, for which, he admits, he has little proclivity.

“I’m not a very good curler, I’ll tell you that,” he says, adding that growing up on the farm, there would occasionally be curling at birthday parties or a kids gathering.

‘So I did go curling a handful of times as a kid and in high school a little bit, but I hadn’t done it for many years,” he says. “Writing this play, I thought I should at least fact-check some of my stuff and make sure I knew what the lingo was.”

Luckily, his brother, who lives in Orangeville, Ont., curls twice a week, so Crawford was able to pick up some pointers from him.

“And then I went out with a church group and it was pretty wild,” he says. “I was already a few drafts into the play and I had connected with this curling club and asked for the good night to come, and they said, ‘Why don’t you come to the Friday night because we actually have a Syrian refugee family?’ It was like a church league and the church sponsored the Syrian refugee family and the dad had taken up curling that year.

“So I curled on the team opposite him and it was like life-imitating-art-imitating-life moment,” he says. “It was great to chat with him and his wife about their experience and just ask him some questions like: ‘Hey is this correct? This is what my research tells me. Can you confirm?’”

“So that was really a great moment.”

He hopes the result is unique on the Canadian stage.

“I felt like maybe that wasn’t a play that we see a lot,” he says. “There have been a certain number of plays about the immigrant experience or new Canadians in an urban centre.

“I thought this would be an opportunity to write a play about new Canadians living in the rest of the country,” he says. “And then the curling thing was just another piece of the puzzle.” 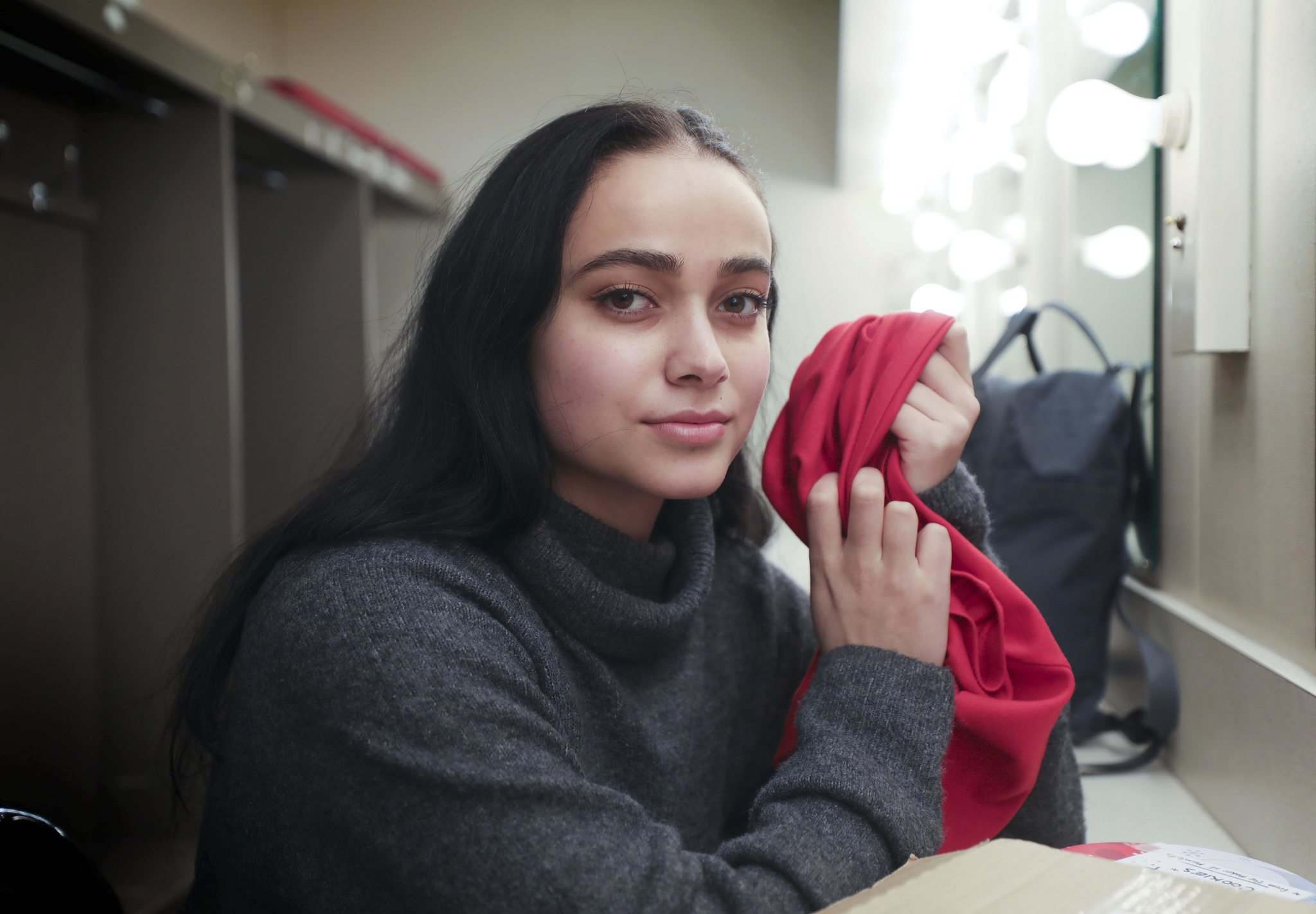 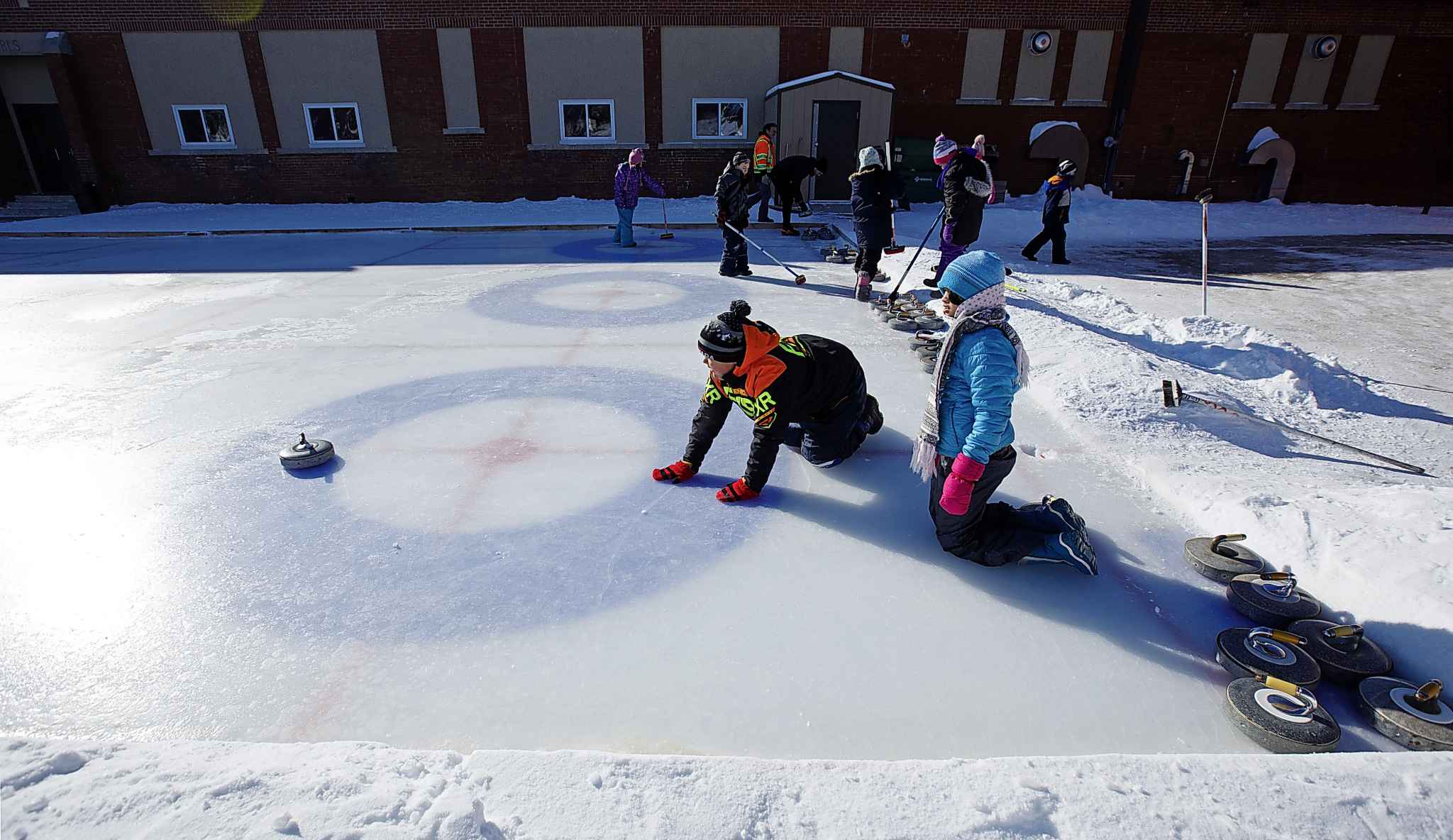