When the provincial government announced in early May that restaurant patios could reopen at half-capacity, handfuls of hardy Winnipeggers quickly emerged from being holed up at home to brave less-than-ideal temperatures, all to enjoy a meal and/or a drink in an outdoor, social setting.

When the provincial government announced in early May that restaurant patios could reopen at half-capacity, handfuls of hardy Winnipeggers quickly emerged from being holed up at home to brave less-than-ideal temperatures, all to enjoy a meal and/or a drink in an outdoor, social setting.

With the mercury creeping ever higher as summer approaches, the draw of sun, fresh air and food and drink (albeit in a socially distant, responsible manner) has only become stronger.

Earlier this week, the provincial government introduced the draft of the second phase of restoring services in the province. Those looking to hoist a pint, paralyzer or Pinot Noir on a patio will be pleased to learn the plan includes reopening patios at bars and craft breweries/distilleries in the not-too-distant future.

In the meantime, here are five patios Winnipeggers can frequent for food, drink and a little bit of careful socializing.

From the street, Wolseley’s lone eatery patio at Ruby West (located on Westminster Avenue at Ruby Street — hence the name) might look as though it only currently seats a whopping six people. But peek around the corner and you’ll see a quaint oasis patio with additional seating for eight.

That’s 14 seats in total for manager/co-owner Laura Hilland and her small crew, who opened Ruby West in November 2019 and only closed for one day because of the COVID-19 pandemic. “We have a lot of really supportive customers who have been coming back, first supporting us through our takeout component,” says Hilland. “You get the feeling that people really want us to stick around. And that’s lovely.”

Food-wise, Ruby West’s current menu includes tacos, pizzas, panini, salads, dessert and more, as well as a selection of beer, wine and patio cocktails. The six-seat patio along Westminster was obtained via the city’s temporary patio permit plan shortly after it was announced, while the eight-seat side patio is part of the regular business.

And while the patio has only been up and running for a couple of weeks, Hilland has found customers have been enjoying the space while ensuring they’re respectful of others and following the rules. “We haven’t had to ask people to stand back or anything,” says Hilland. “Everyone’s just cautious but optimistic — it’s still a little more freedom than people are used to.”

The Canad Inns hotel chain operates six Tavern United sports bar locations in Winnipeg, including one at Canad Inns Fort Garry, located at the corner of Pembina and Plaza Drive. During a regular summer, the patio is a favourite spot for university students and folks attending the popular Celebrations Dinner Theatre, which is inside the hotel. When there’s a big football or playoff hockey game, a TV or two has been wheeled outside for patio patrons.

In the spring of 2020, though, provincial regulations mean the patio must be kept to 50 per cent capacity. Tavern United is putting all the extra tables to good use instead of putting them in storage.

“The staff puts the food on the serving table, and guests collect their food from that table,” says Canad Inns president Lea Ledohowski.

Once diners are finished with glasses or dishes they can return them to the serving table to be removed, she added.

Adding food service on patios wasn’t a difficult task for Tavern United locations because most are connected to Canad Inn hotels in Winnipeg — to ramp up food service, she says. Food was already being cooked and served for hotel patrons, but close quarters in its kitchens — as well as dining areas — are something the hotel chain has had to be wary of.

“We have to maintain physical distancing, so we have to be aware of the number of people in the kitchen so people don’t get in each other’s way,” Ledohowski says. “We’ve been meeting constantly since the day of the outbreak, because regulations are changing all the time.”

Other patios at Tavern United locations in Polo Park, Garden City, Transcona and Windsor Park are open as well, but its downtown location on Graham Avenue, with its rooftop bar that offers one of nicest views of downtown is closed, along with the rest of the pub. Like many other downtown bars and restaurants, this Tavern United location gets a lot of its business from events at Bell MTS Place and downtown office workers, Ledohowski says.

The dog days of May typically see the Earls Main Street patio filled with Winnipeg Jets fans enjoying a pre-game drink/snack, or downtown office workers stopping for a cold one and a bite to eat on the way home. But with no hockey and fewer workers downtown these days, the 160-plus seat capacity patio looks quite different.

Prior to patios opening up, Earls started offering curbside pickup of most of its fare, as well as a grocery service and chef kits. Once patios got the go-ahead in Manitoba, Earls Main Street’s 80-plus seat patio, as it’s currently configured for half capacity, quickly opened; because restrictions had already been lifted in Texas, where the chain has one location, patios at Earls’ three Winnipeg locations were up and running smoothly in no time.

And while less-than-stellar temperatures ushered in patios in the province, locals still flocked to the ultra-popular Main Street location. “Winnipeggers are hardy folks. There were a few days where the weather wasn’t necessarily all that nice, but we had people coming out and supporting us. There’s been a lot of community support — we appreciate it,” says Mark Hladik, Earls’ chief restaurant officer, from Toronto.

When customers can again frequent Earls’ dining room — which now sounds like it will be sooner rather than later — Hladik says the restaurant is prepared for that as well. “Texas, B.C., Florida, Alberta — we’re open indoors in all of those jurisdictions. So we’re ready — whenever the government and health officials deem it’s good to go in Manitoba, we’ll be ready to safely welcome guests into our building.”

If you think it’ll be a long summer without Winnipeg’s many festivals, just think about some of city’s downtown restaurants and bars.

Peasant Cookery, an eatery that began as Oui Bistro in 2007 by WOW Hospitality and was rebranded to its present moniker in 2010, focuses on local ingredients and is known for its charcuterie board and mains of Manitoba pickerel, pork, chicken and lamb dishes.

It’s a busy restaurant and patio at the best of times, but its location in the Exchange District — across the street from Old Market Square and the Cube music stage — turns it into an even hotter spot thanks to the Winnipeg International Jazz Festival in June and Winnipeg Fringe Theatre Festival in July.

During the pandemic though, it added Peasant Pantry, a delivery service of fresh food, and on May 4, it opened its patio. Peasant Cookery’s patio has space for 46 diners regularly, so to follow Phase 1 of the provincial’s government’s plan to reopen, 23 diners are allowed.

General manager Thomas Johnson says its patio is used mostly for diners enjoying a drink while awaiting takeout orders to be prepared. He admits the patio and takeout service doesn’t make up for the temporary closure of the restaurant and all the cancelled festivals.

“Those festivals are huge for our business. It’s going to be a curveball to deal with,” he says.

Johnson added there are plans to expand service on June 1, but they depend on whether the province and health officials loosen the restrictions on public gatherings and restaurants.

“We don’t have the business to have a full staff. We’re doing roughly in sales in a week what we would have in about a day,” Johnson says, comparing restaurant life during the pandemic to the days prior to the lockdown.

There are few places in Winnipeg that symbolize a warm summer evening — or a lunch on a sunny day — more than the patio at Saffron’s Restaurant on the Corydon strip.

Not only does Saffron’s, which owner John Kolevris opened in 1989, offer a selection of savoury seafood dishes, pizzas, Mediterranean cuisine or a variety of burgers, the patio setting offers an ideal spot to people-watch as folks stroll along Corydon.

It’s also a large patio, which on a regular evening can serve 116 people. That means 58 people can sit and eat these days, following provincial regulations on patios.

Ideal settings across the city for your al fresco eats

Start date of Phase 2 yet to be finalized; public, business, industry asked for input 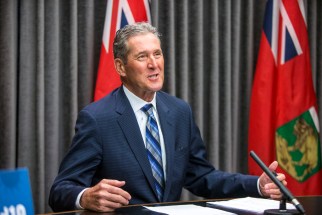 Even under heavy debt burden, Manitoba has flexibility 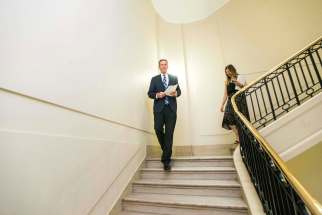 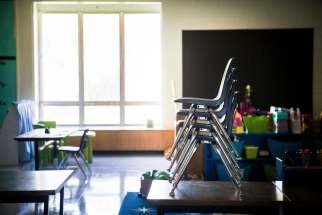 This will be a very different summer, but in some ways, that will make it even more special 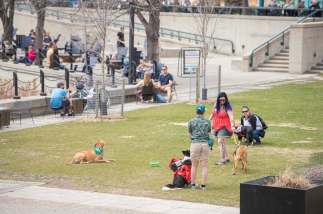 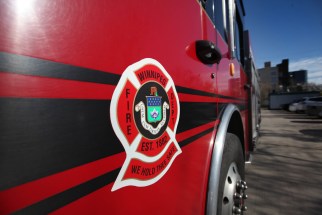 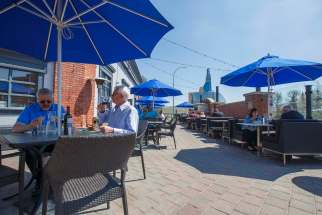 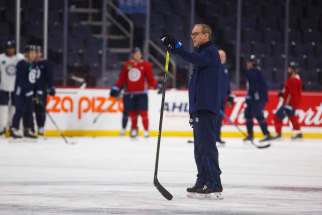 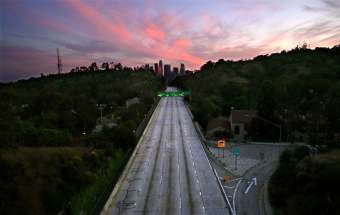